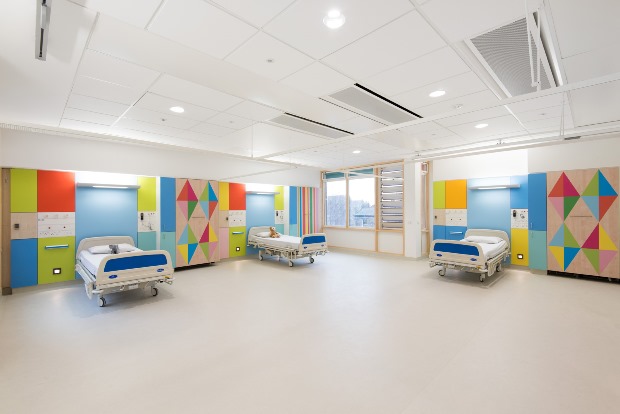 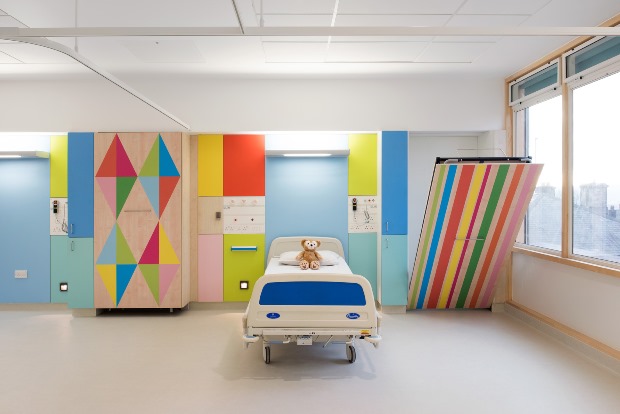 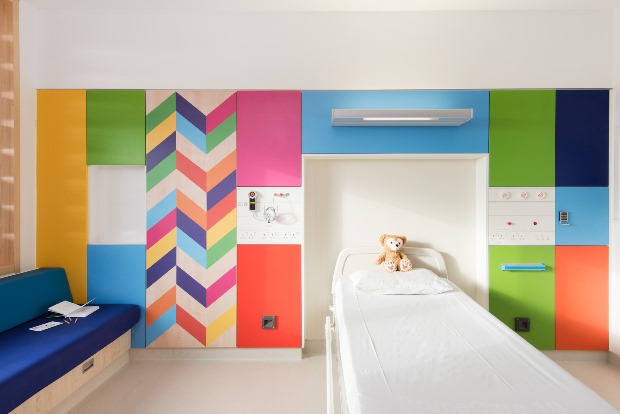 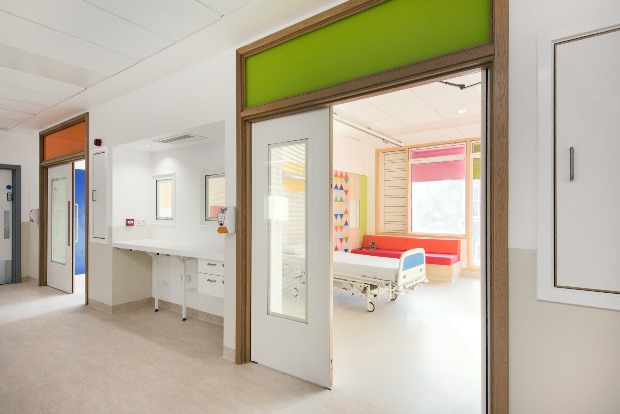 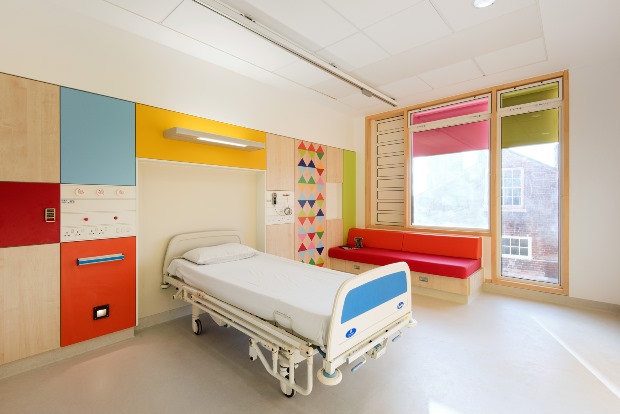 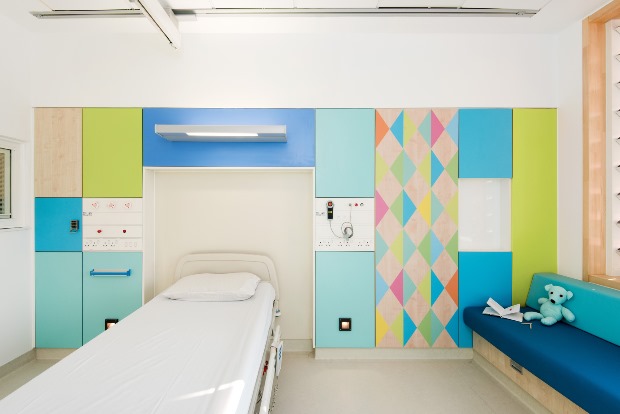 Artfelt, Sheffield Children's Hospital's arts programme, commissioned Morag Myerscough as part of the hospital's recent £40 million transformation to provide "something different from what you may normally expect to see in hospital" for their new wards and single en-suite bedrooms; serving a clinical function, whilst not conforming to a clinical aesthetic. Single En-Suite Bedroom 19.4m2, 4 Bed Bays 80.3m2

Designed by Avanti Architects, the 46 en-suite bedrooms and 6 multi-occupancy bays include features like hidden plugs and wires behind panelling to give the rooms a softer, domestic touch. It was necessary for any enhancement to the bedroom finishes to be suitable for patients of all ages and both genders, as well as the parents who help care for them. It is likely that the work will be in place for many years so it was essential any artwork remains fresh and relevant for as long as possible.

In recent years there has been a strong move in healthcare towards single occupancy bedrooms, allowing quiet spaces for patients to recover in peace. However, hospitals tend to favour perceived ‘calmer’ colour schemes, often exacerbating the institutional feel. Artfelt and Morag strongly felt that there was another solution and this was backed by extensive consultation. Whilst clinicians were initially apprehensive about the use of such colour because it was outside of their hospital experience, they were swayed by the 98% of families who responded positively to the schemes. Children and families supported our thinking in their comments and reported that conventional colours were outdated and, especially in relation to children, a more uplifting effect could be created with an injection of brighter colours.

Morag created four schemes which are rotated throughout the rooms, varying in intensity and including a paler colourway specifically designed for children who have conditions like autism and may have an intolerance to bright patterns. The results are child friendly, but not childish.