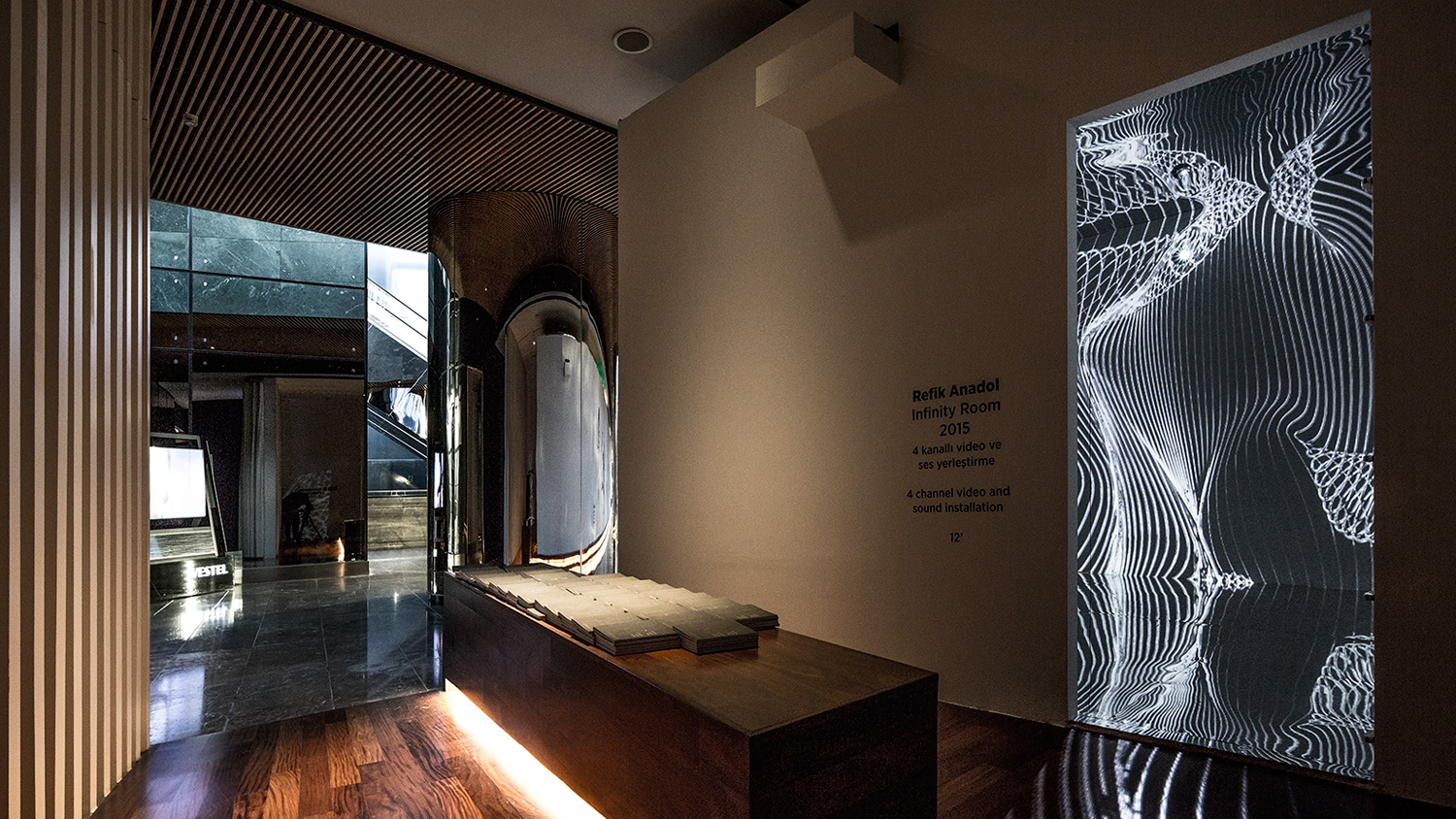 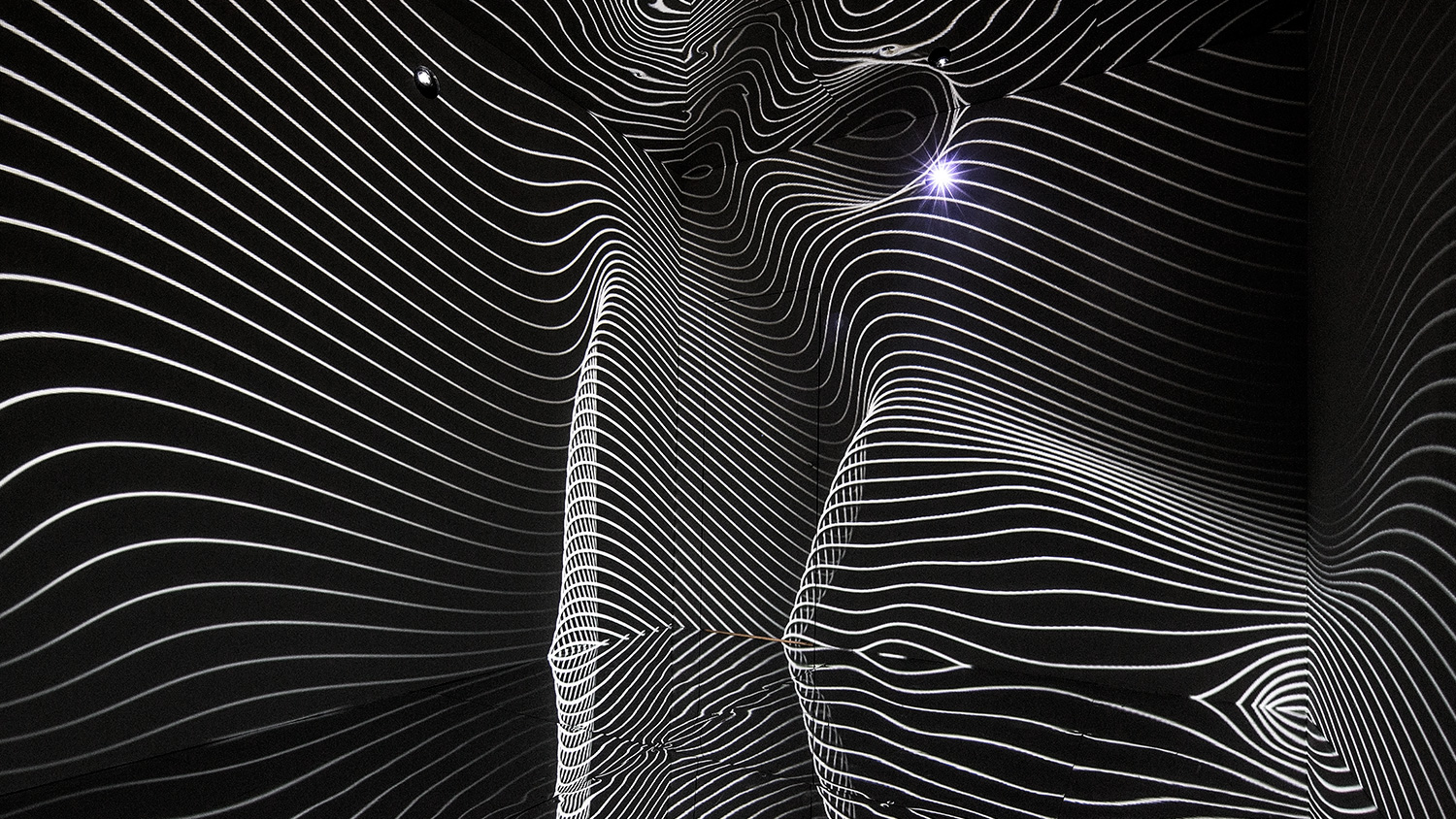 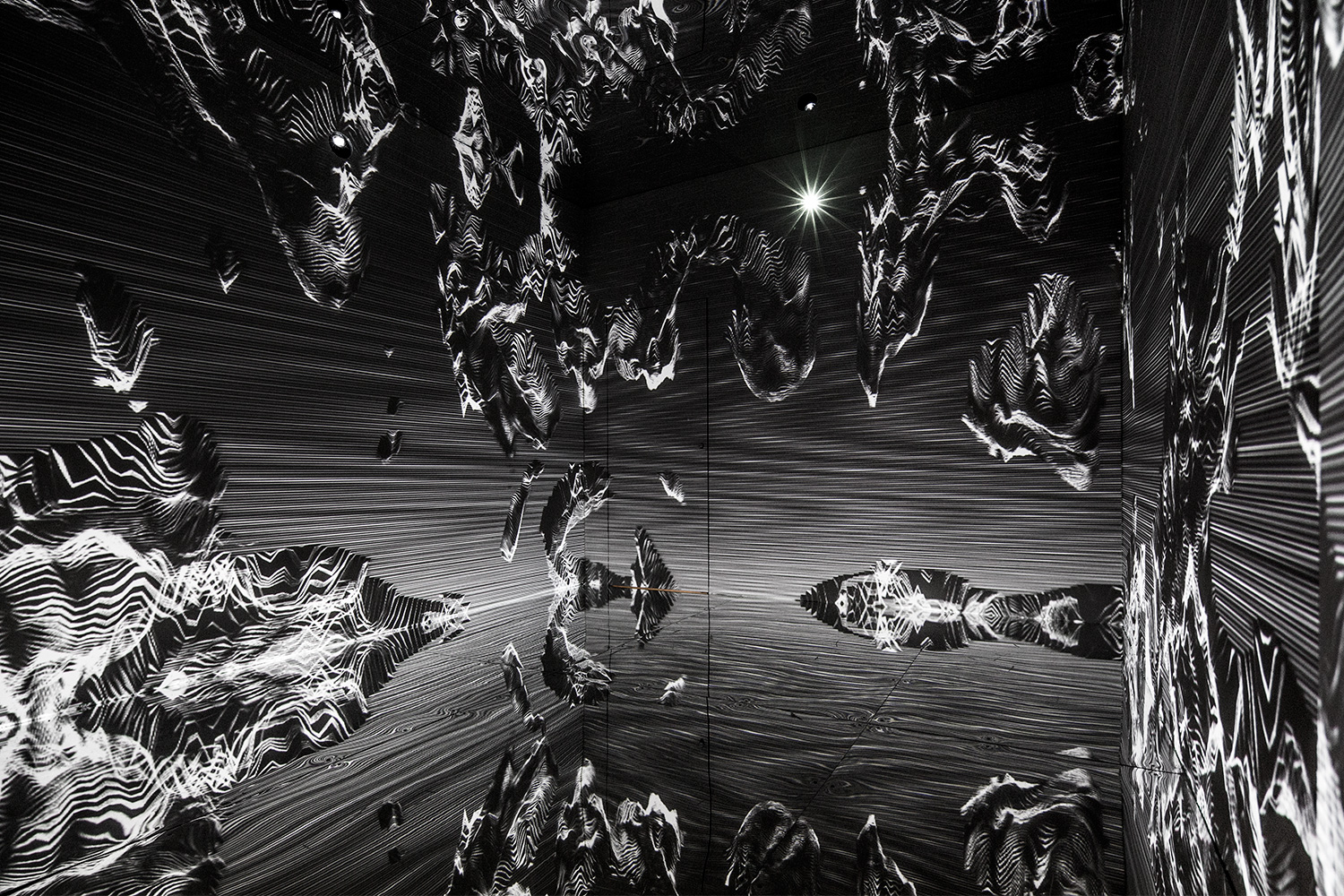 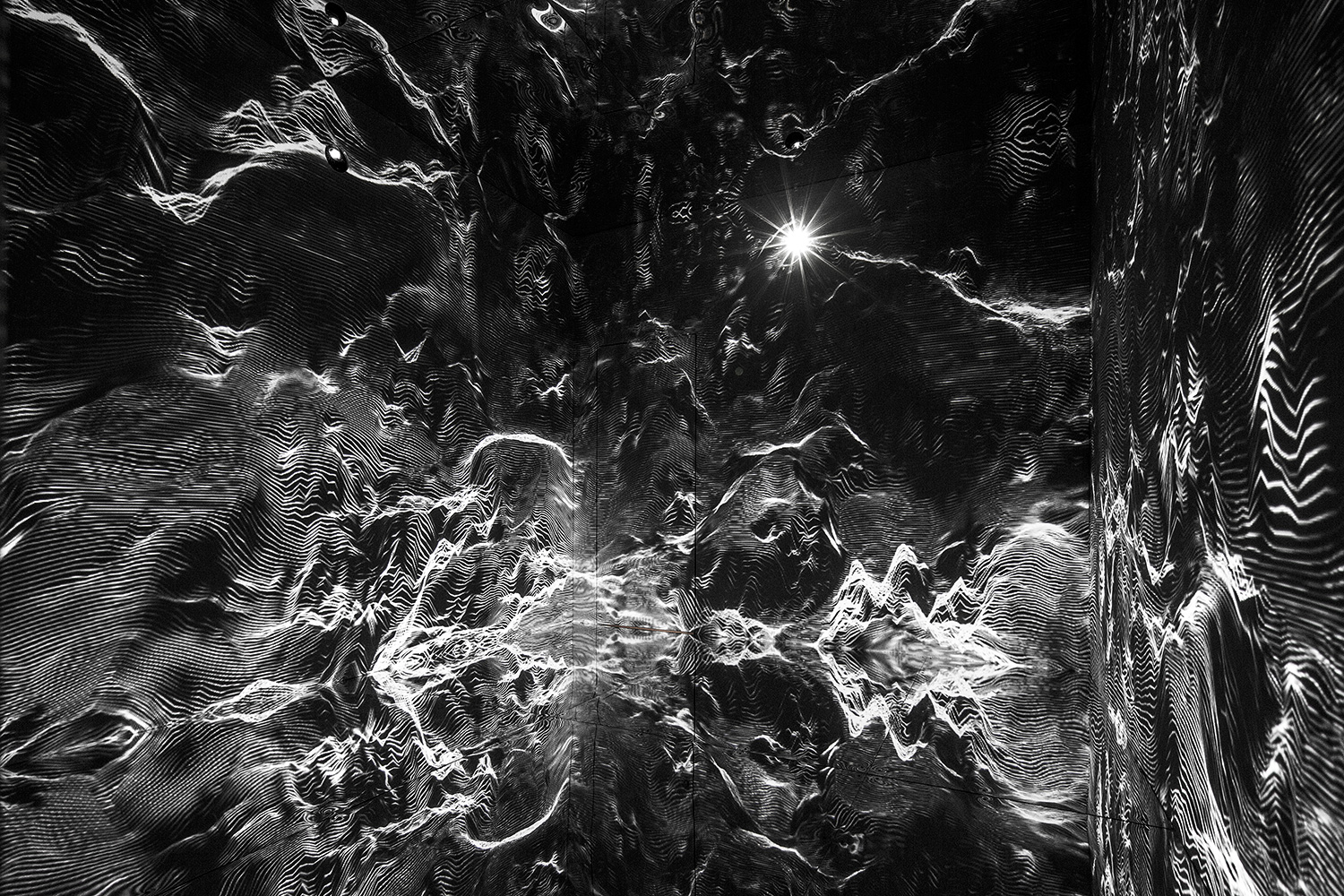 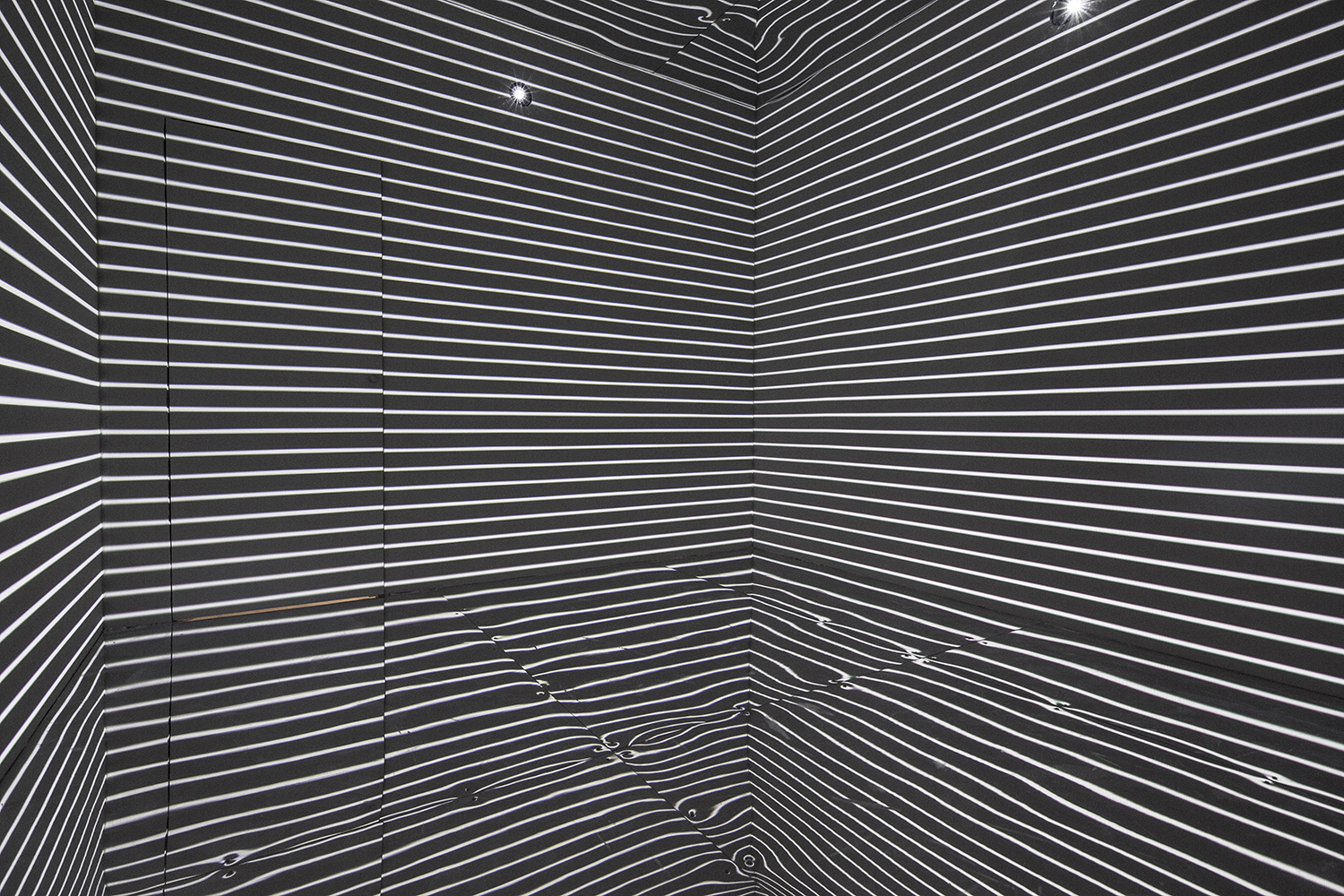 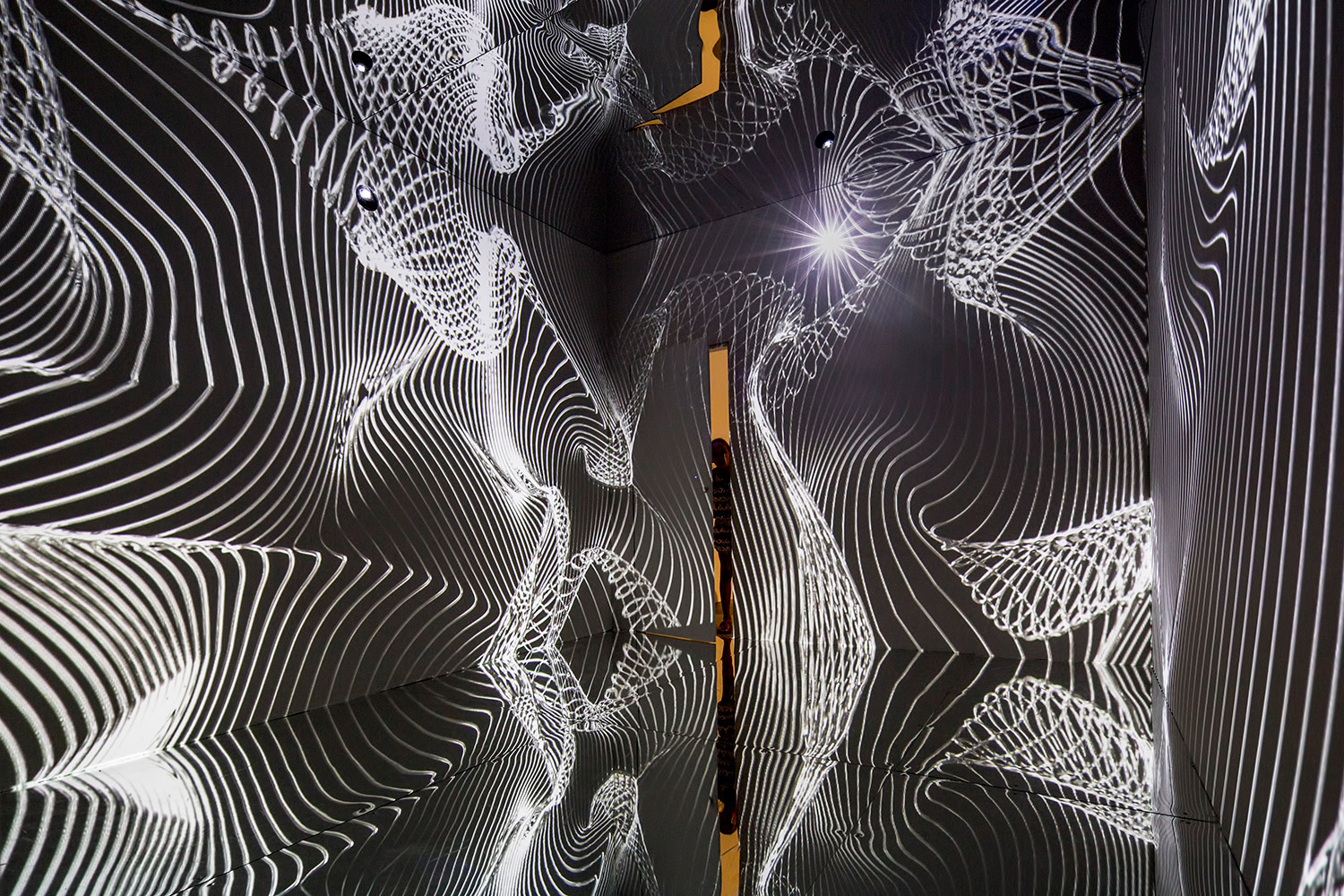 Infinity’ is an immersive environment project by Refik Anadol. Project is an integral part of artist’s ongoing ‘Temporary Immersive Environment Experiments’ which is a research on audio/visual installations by using the state called immersion which is the state of consciousness where an immersant’s awareness of physical self is transformed by being surrounded in an engrossing environment; often artificial, creating a perception of presence in a non-physical world.

In this project ‘infinity’ chosen as a concept,a radical effort to deconstruct the framework of this illusory space and transgress the normal boundaries of the viewing experience to set out to transform the conventional flat cinema projection screen into a three dimensional kinetic and architectonic space of visualisation by using contemporary algorithms.

Light is the major element in the experiment, used to blur and interconnect the boundaries between the two realms actual/fictional and physical/virtual. It signifies the threshold between the simulacrum space created by the projection technology, and the physical space where the viewer stands. The experiments will discuss the inherent spatial qualities of immersive virtual environments and their effect on the embodied person. Through the presented framework, the experiments intends to question the relativity of perception and how it informs the apprehension of our surroundings. Rather than approaching the medium as a means of escape into some disembodied techno-utopian fantasy, projects sees itself as a means of return, i.e. facilitating a temporary release from our habitual perceptions and culturally biased assumptions about being in the world, to enable us, however momentarily, to perceive ourselves and the world around us freshly.