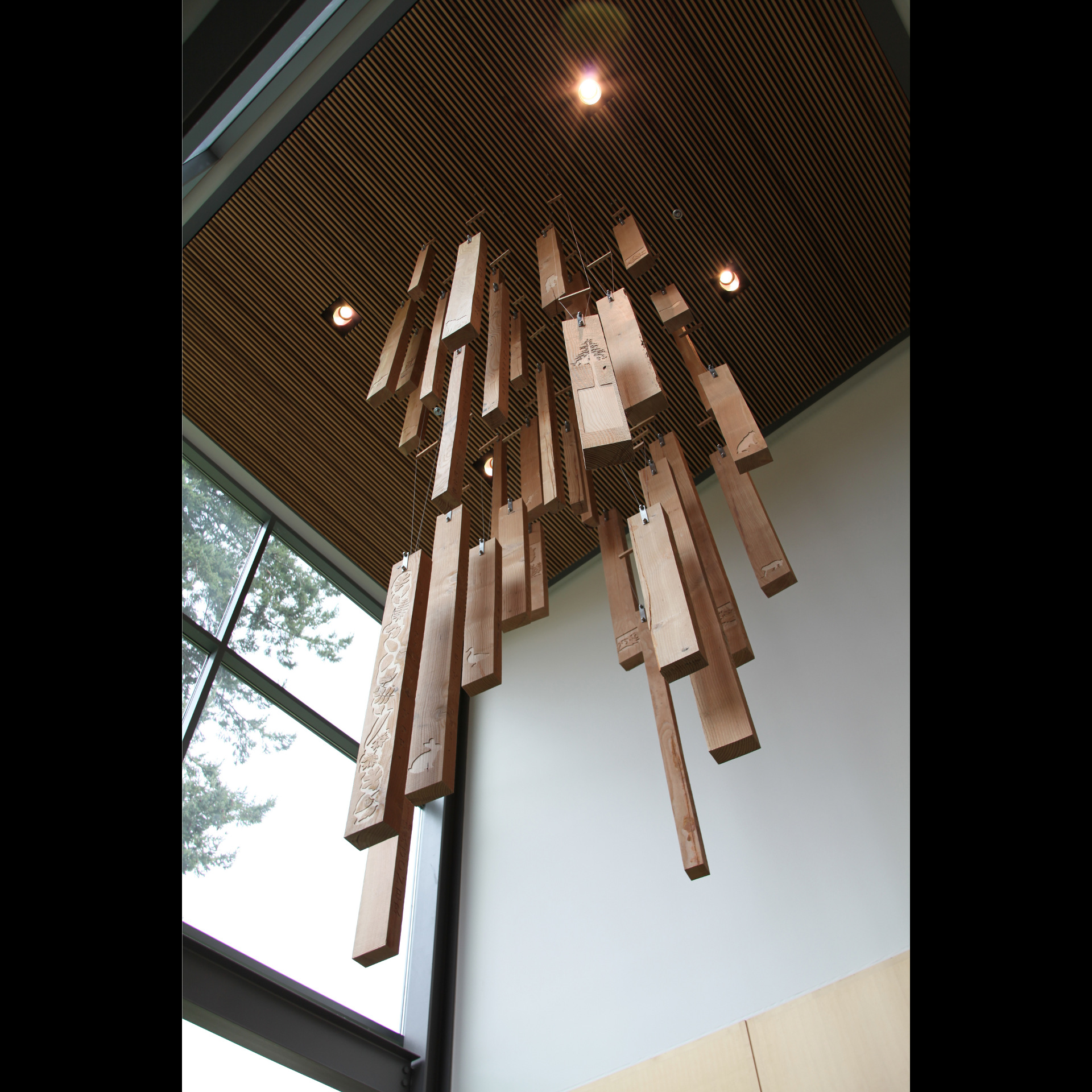 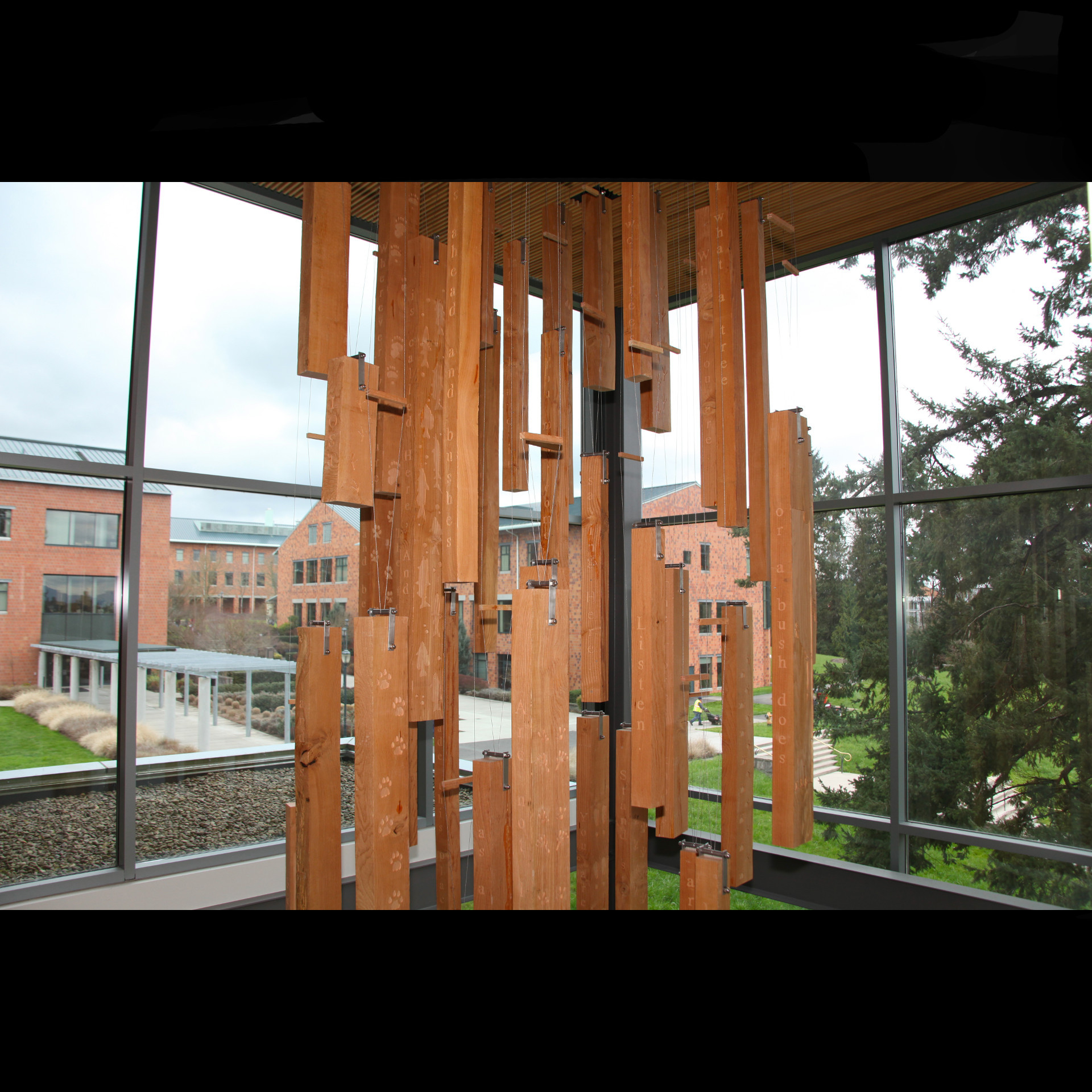 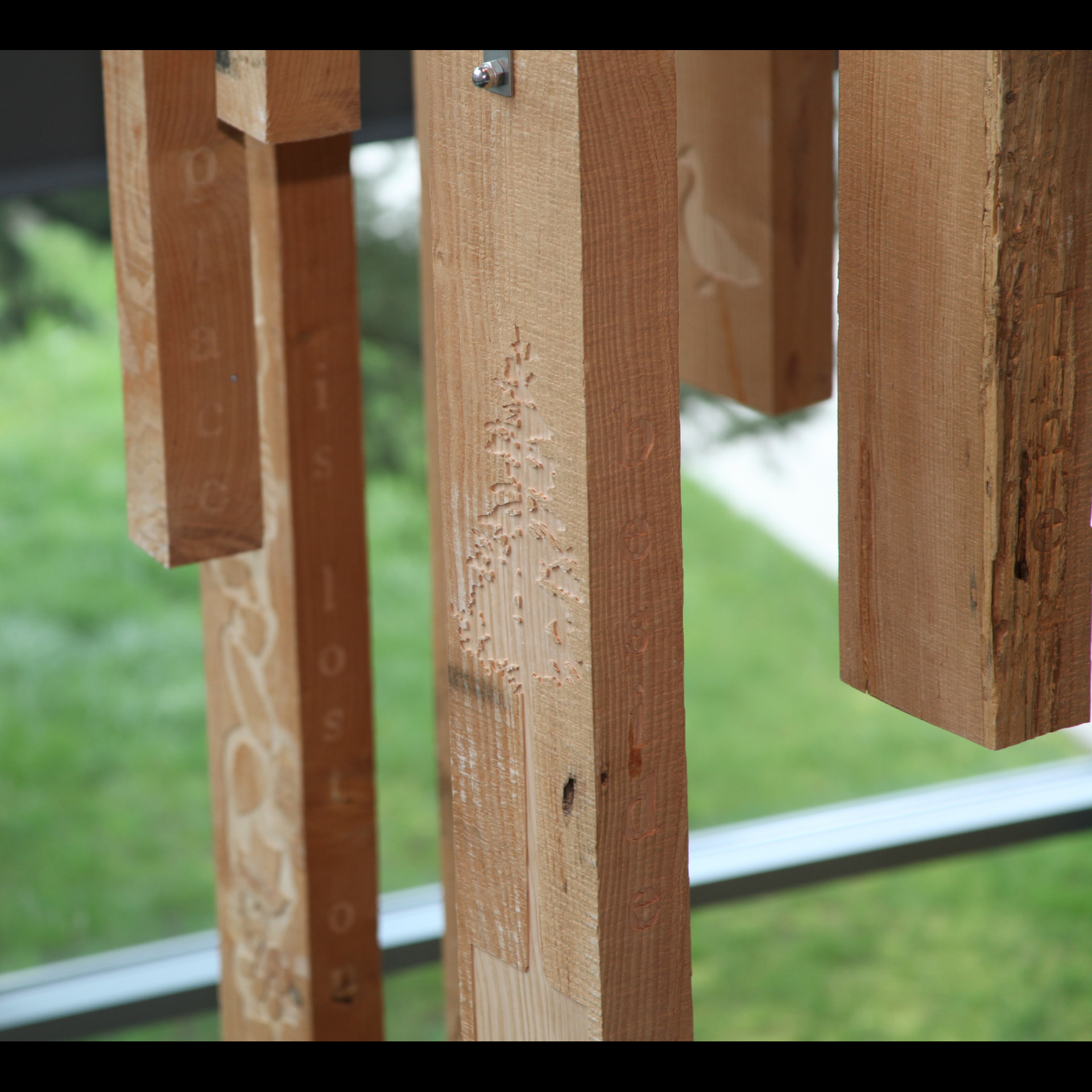 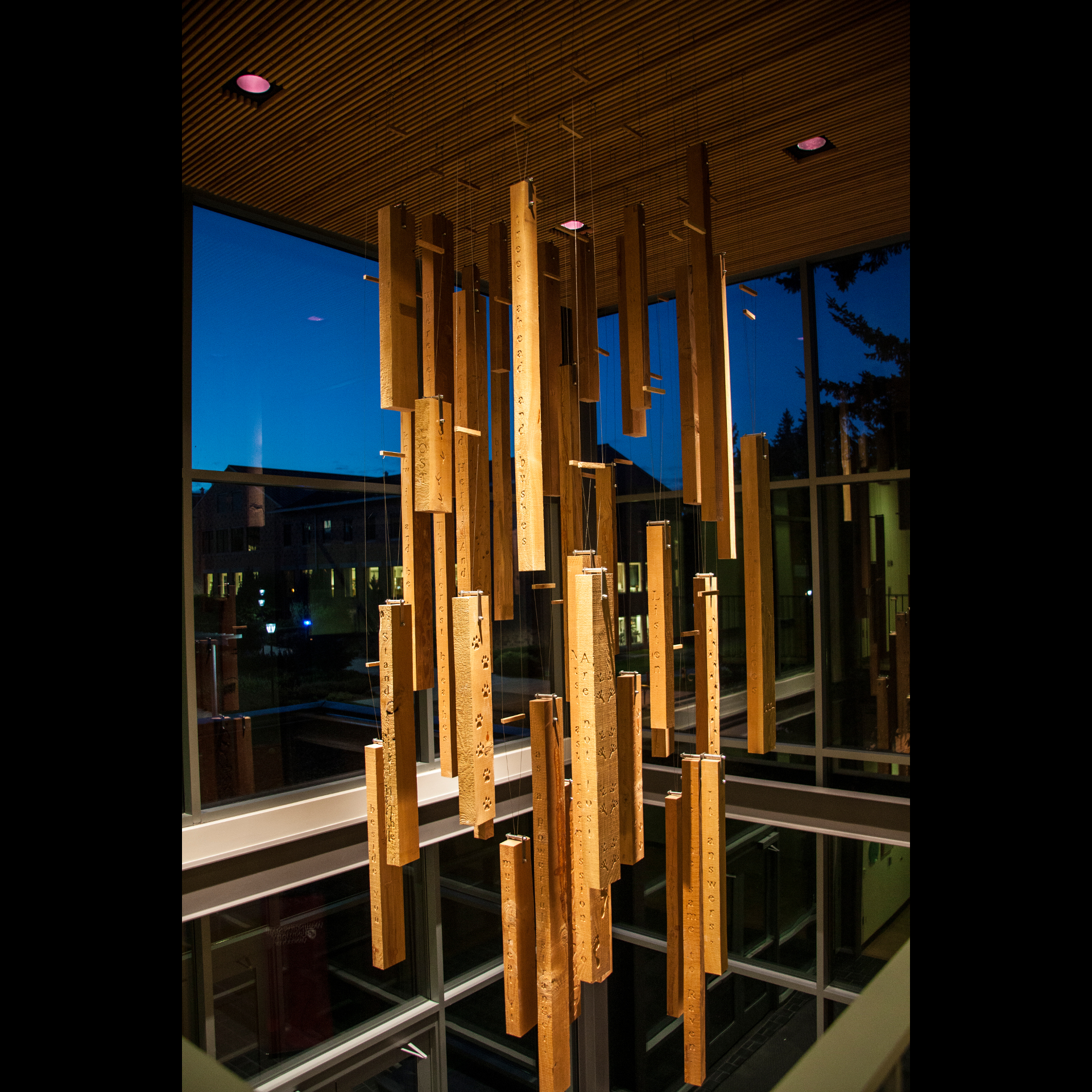 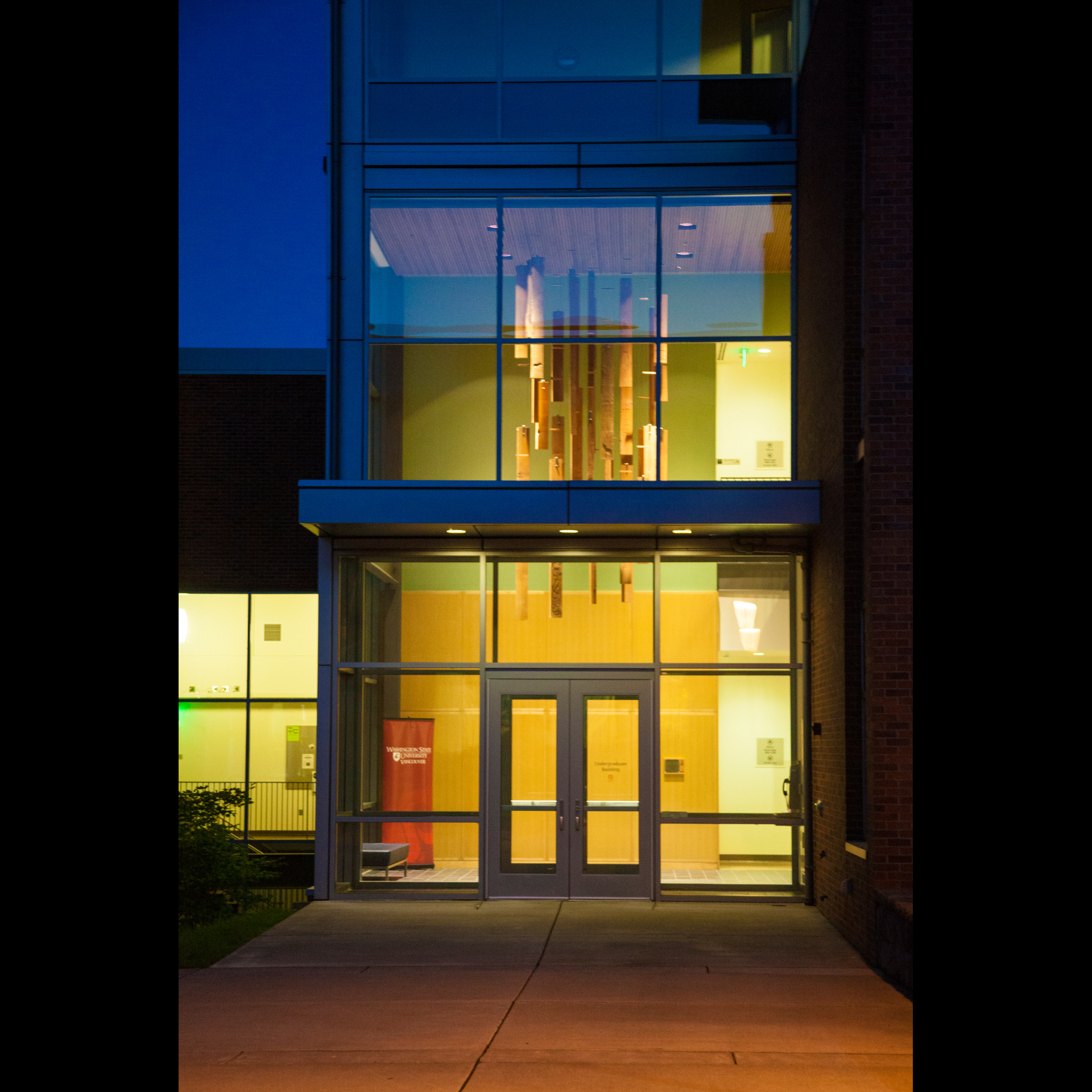 The goal of this project was to incorporate a piece of artwork that represented the community and surrounding nature. To achieve this to the highest degree, we re-purposed a 150 year old Douglas fir tree (that was removed because of the construction of the new building.) and replaced it as an artwork where it once stood. The sculpture hangs in the main atrium of the new Undergraduate Classroom Building and is used as a statement piece that can be viewed both inside and out.

This sculpture was designed and fabricated by SandCart Studio (Stu Schechter). But along the way collaborations were needed. First and foremost, we needed the help of a local lumber mill to cut, dry and then transport the tree across the country. Many interactions with and inputs from those at the college influenced the overall design.

This piece is a suspended work made from the tree that was removed to construct the new classrooms. The tree was cut and hung in a way that if you were to push the pieces back together you would recreate the tree. To enhance the community aspect, we carved images of local wildlife and found in WA state. Ont he reverse side of the plank are "impressions" of those local animals. On a third side (viewable from the balcony) is a poem by local poet, David Wagoner. The poem is entitled "lost" that speaks to being lost in nature.