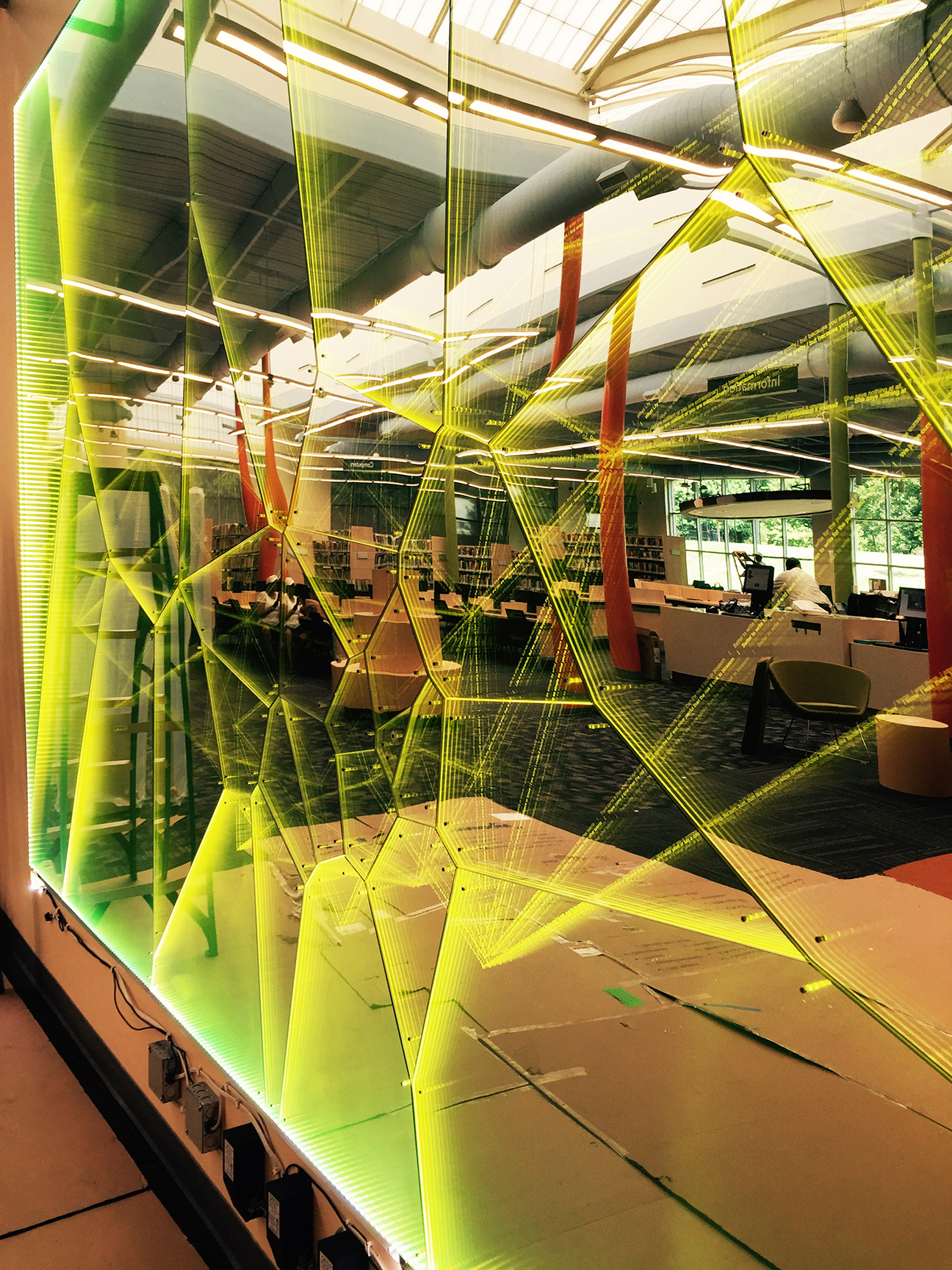 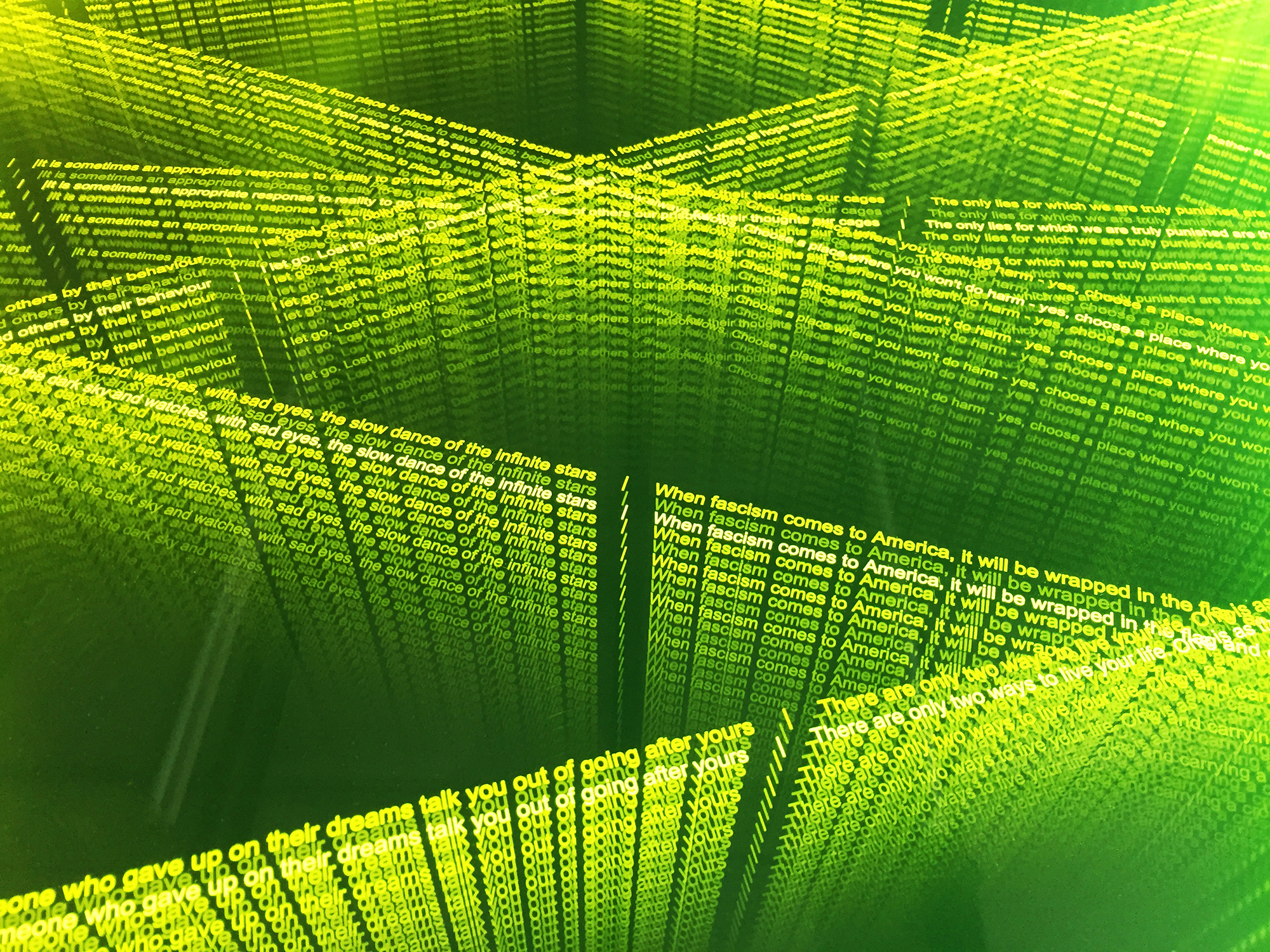 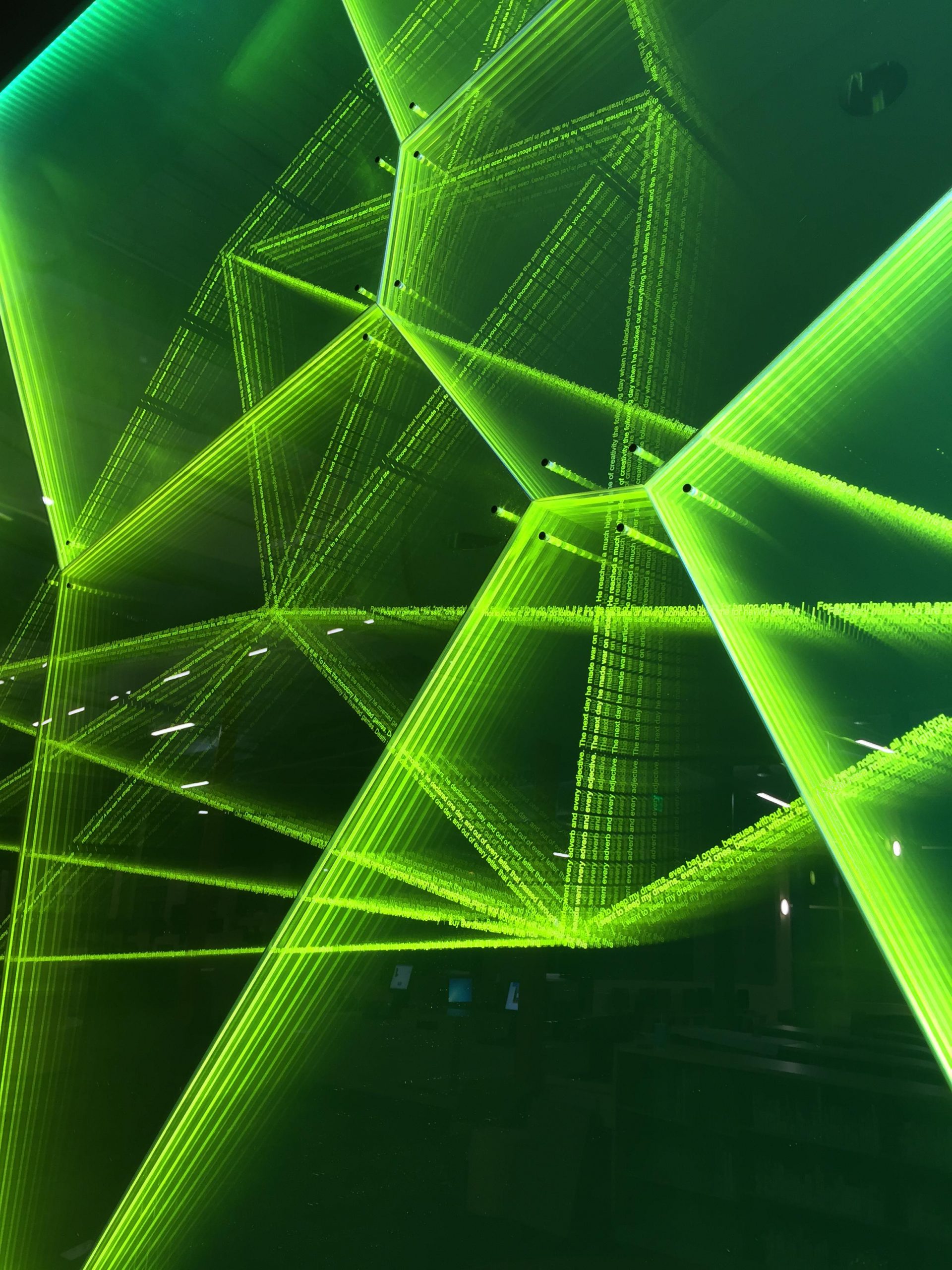 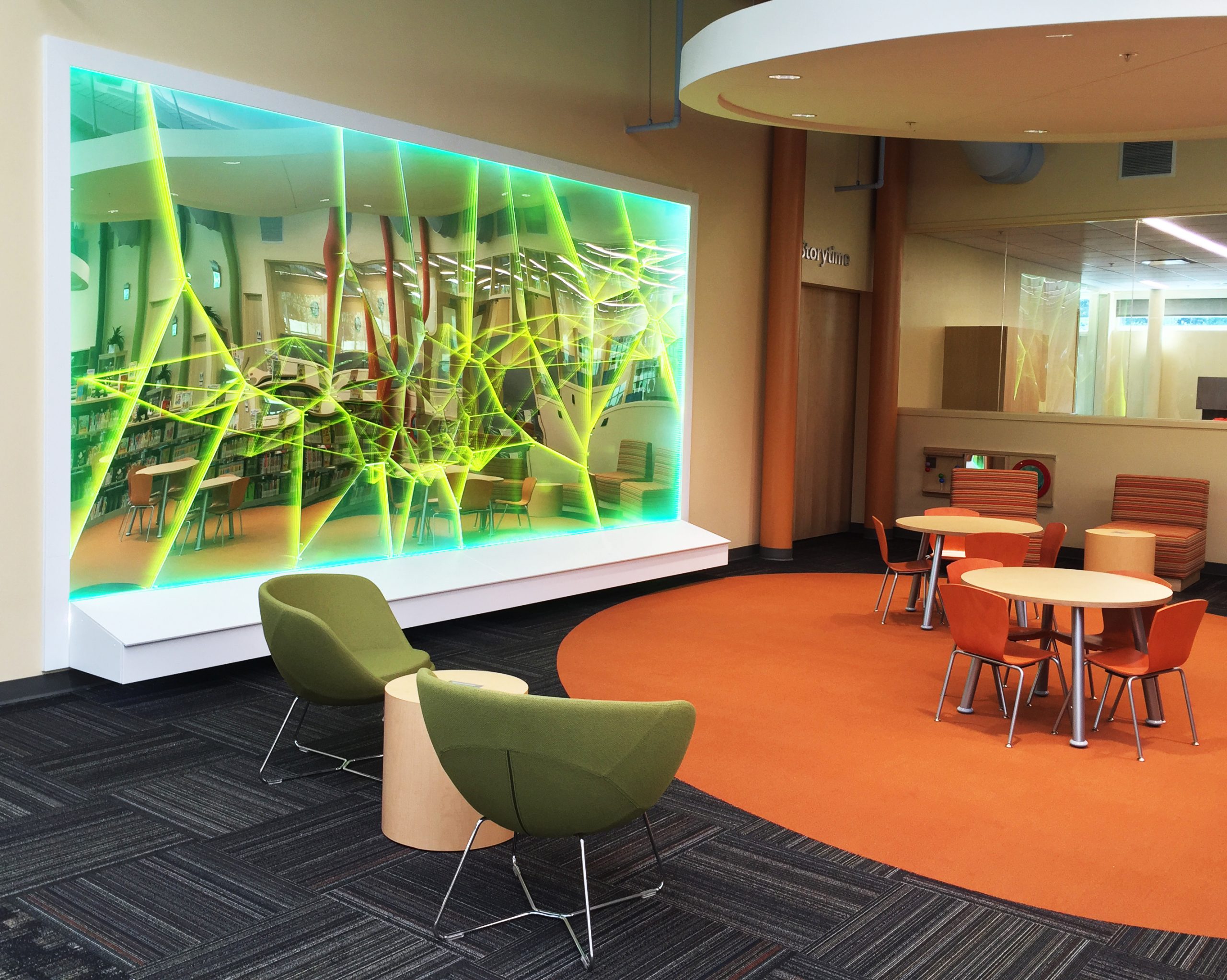 The idea of the library as a house of knowledge has been completely transformed through the virtualization project over the last 30 years. As such one may read a parallel between the historic library as a ‘House of Knowledge’ and this new digital knowledge space as a ‘Web of Thought’. Immaterial is imagined as a type of immersive threshold into a world of infinitely connected rays of light, represented as 144 unique quotes from literature, which co-mingle virtual thought into an experiential moment.

The patterning of the piece was generated by taking the location of each of the libraries within the Fulton-Atlanta Library System and using it as a central node to create a lattice work of textual, textural light. The boundary of each panel is a representation of the neighborhoods that are served by each branch library.

The piece is made through an assembly of four layers of acrylic material, each with its own visual properties, that work together with light to create an optical effect of depth, ghosting, perspectival shift, and movement. The base layer is an opaque mirror, the second layer is a light emitting radiant layer of vibrant green, the third layer is a clear ‘depth’ layer, and the fourth layer is a two way mirror. In combination the piece selectively reflects, refracts, and transmits light to create an infinite ‘bounce’ of light and thought.

The piece was created as a collaboration between Formations Studio at Stanley, Love-Stanley Architects in Atlanta. SLS Architects were the lead designers for the library and were part of the selection panel for the signature artwork. Wast the core concept was developed Formations and SLS collaborated on how the piece would best integrate within the library. The area adjacent to the children's reading nook was selected both for spatial fit and in order to inspire and amaze the children.