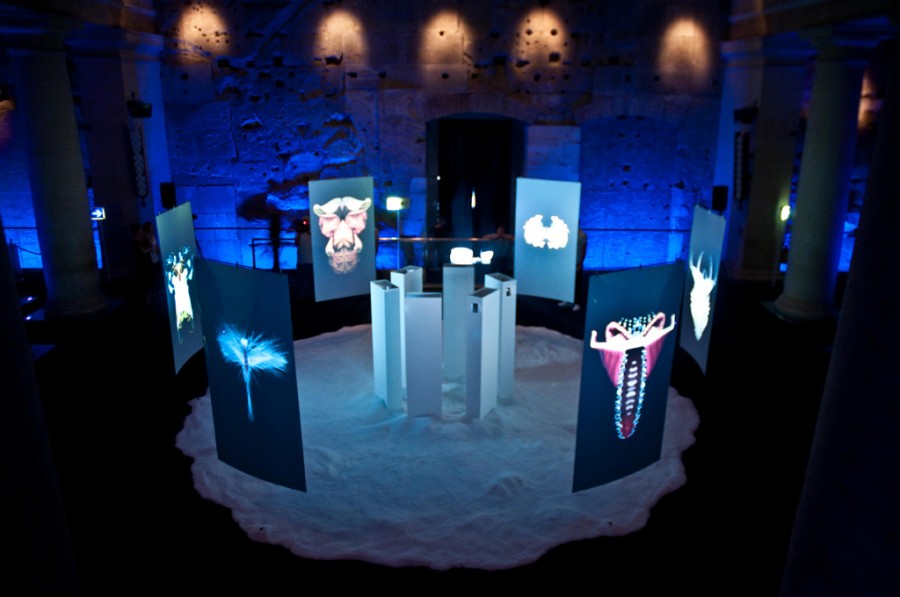 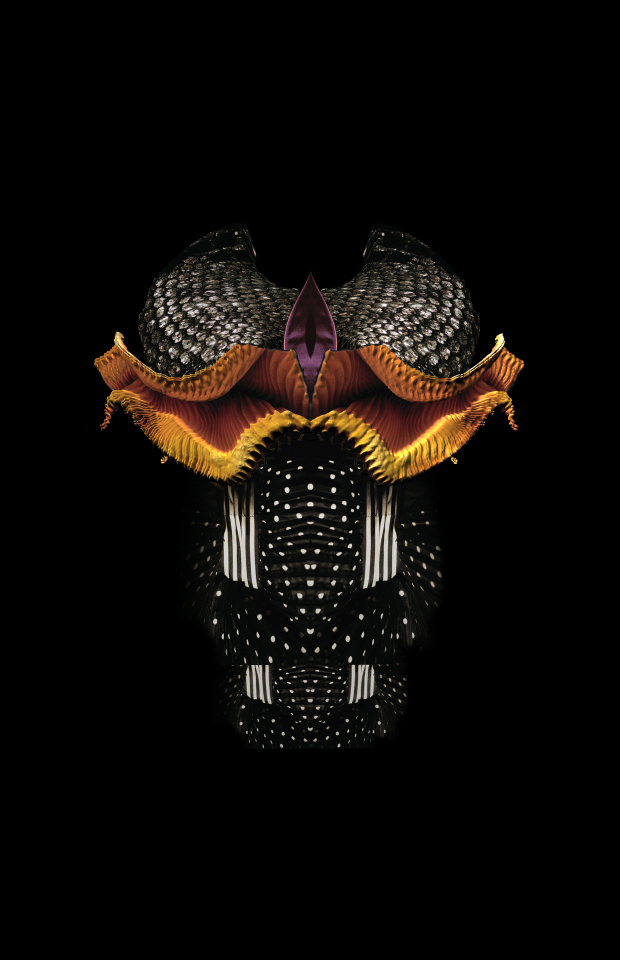 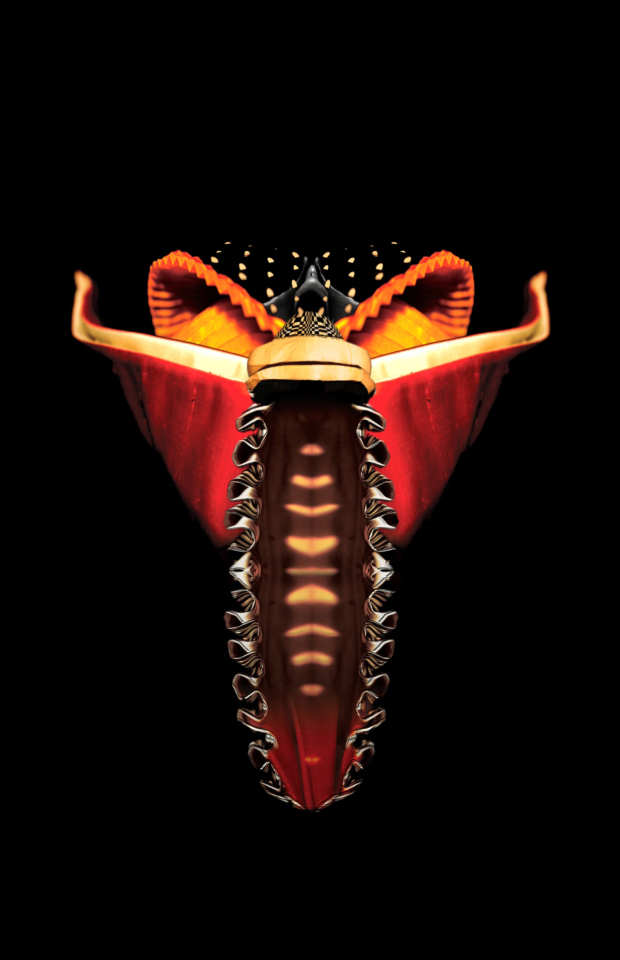 “Il Gesto Sospeso” is an interactive audiovisual installation exploring the theme of metamorphosis.
Six digital zoomorphic figures, “Dress/Bodies”, are suspended in space in an infinitely looping transmutation, creating a dialogue with visitors in the form of sound and movement. The six “light and sound” sculptures interact dynamically with the surrounding setting evoking a tension born out of the relationship between perception and form.

Commissioned by Silvia Venturini Fendi and AltaModa AltaRoma, the motivation for the project was to produce a highly visible, prestigious work that would open the Rome Fashion Week.
The brief was to have a dialogue between new technologies in arts and traditional forms of fashion. Bridging the worlds of contemporary art and tradition, the symbolism of artisanal expertise with the emerging languages of digital technologies.

Thus the choice came naturally to instigate a collaboration between Roberto Capucci, one of the most influential Italian fashion designers of the last 50 years, and the artists Mattia Casalegno and Martux_M, who have more than ten years together of producing cutting-edge works at the intersection of audiovisual art and digital media

The project demanded a vast array of skills and expertise, and at different stages of production the artists collaborated with programmers, sounds designers, animators, and installers.

Mattia Casalegno and Martux_M began by shooting details of Roberto Capucci’s garments in studio with DSLR macro-cameras. These visual materials were edited to produce the first sketches and 2-dimensional collages, which were used as references for the design of a series of 3D digital models. Lighting, movement, and sound were added to these, producing six high definition animations. Each animation was projected onto a holographic screen through HD video-projectors, and each had a number of embedded cues so that different transformative movements could be activated.

A custom hardware system comprising an array of ultrasonic sensors was set in the venue so that the movement of the audience was tracked in real time. The animations were activated according to the proximity of people to the screens.

Conceived as a multi-sensorial experience, attention was placed on the olfactory channel as well, as the central area of the venue was filled with 1200 pounds of marine salt, which made the air dry and other-worldy.