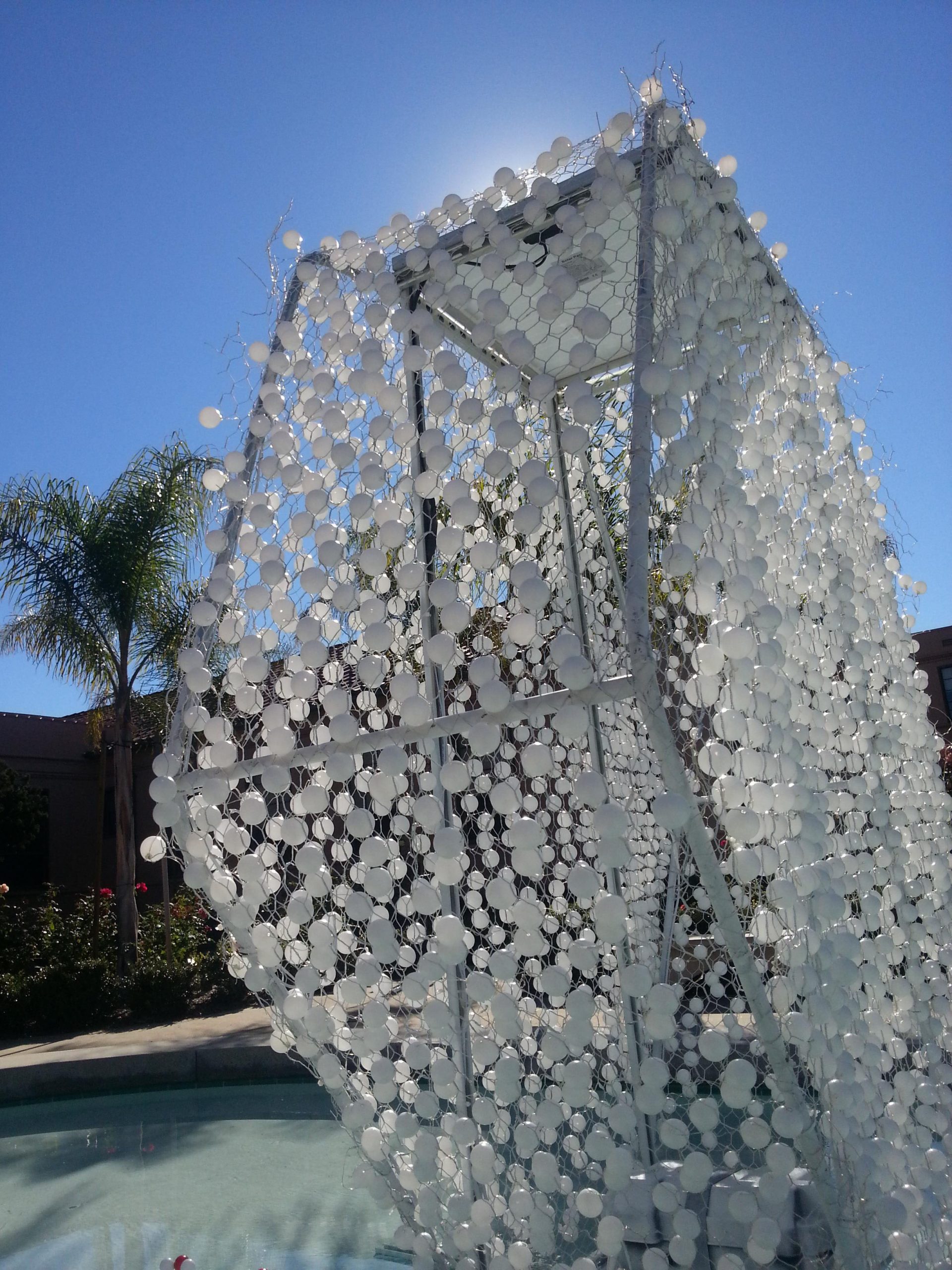 Design a temporary light installation that could be themed with the holidays and coincide with the opening of the new ice rink at the Legacy Plaza in the heart of the Art District. Over 30,000 people were expected to visit the rink and plaza during the holiday season. The project was commissioned by NTC Foundation located at the former Naval Training Center in Point Loma, is San Diego’s flagship civic, arts, and culture district. With 28 acres of beautifully renovated Spanish Revival architecture, NTC is a new landmark showcasing San Diego’s creative community.

The goal was to officially launch an “Art in Public Places” program that would bring the community together. While the closest encounter that San Diegans have with ice is the stuff floating in their drinks, ICE represents a cool and educational opportunity to engage and celebrate with the community living and visiting the art district. The shimmering structure emerging from the bottom of the pool is made of hundreds of white and red luminous spheres. Whilst the imagery is seemingly associated with traditional holiday season, the installation actually represents the chemical properties of ice and water. The water molecules, made of one oxygen atom (red) and two hydrogen atoms (white), are floating freely in the pool's water, and glow in the dark. When these water modules cluster tightly together, they change their state and become Ice .
“Our Art in Public Places initiative has been on the radar for quite a while” explained NTC Foundation Executive Director Alan Ziter. “We were impressed with the ingenuity of the piece, as well as its relation to issues of global warming and the site chosen. It adds a creative visual art component to our Fantasy on Ice Extravaganza”.

The choice of the specific site of the fountain, the general concept and the detailed design, were performed by the selected artist, Smadar Samson, who is also a product designer experienced in educational community projects. Light engineer Mike Chahini, with whom Smadar had previously collaborated on several community projects that explored the benefit of solar energy, carried out the structural construction, and the electrics that draw from a single solar panel the power needed to light the 2600 LEDs. This successful collaboration between Smadar www.creatifproducts.com and Mike Chahini www.sdsoundsolutions.com resulted in the stunning light installation emerging from the water and glowing completely independent from the grid.

A group of children was observed standing by the installation, having a lively discussion about the melting of ice, with their teacher explaining the hydrogen bonding and pointing out the hexagonal crystalline formations in the artwork.