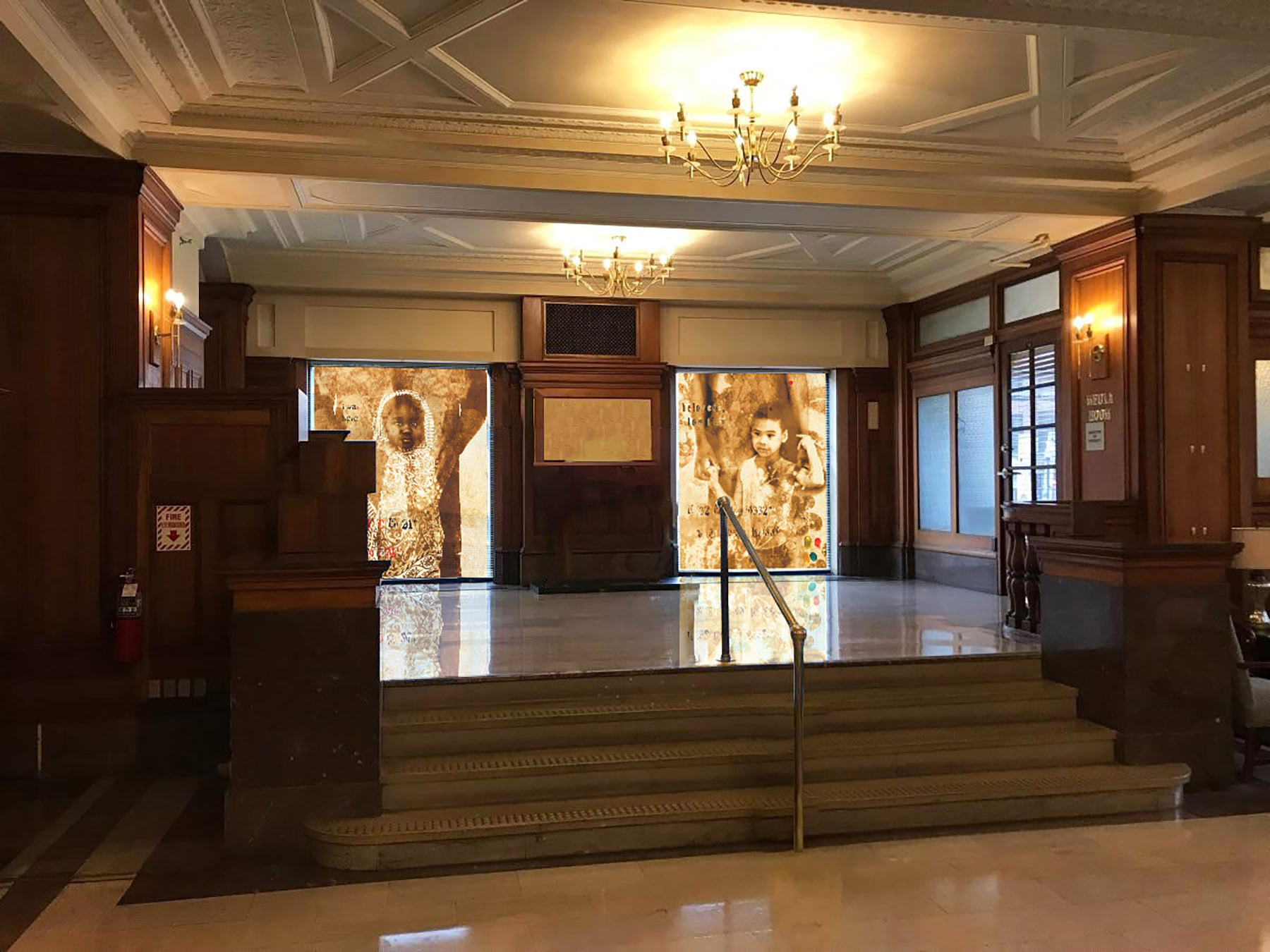 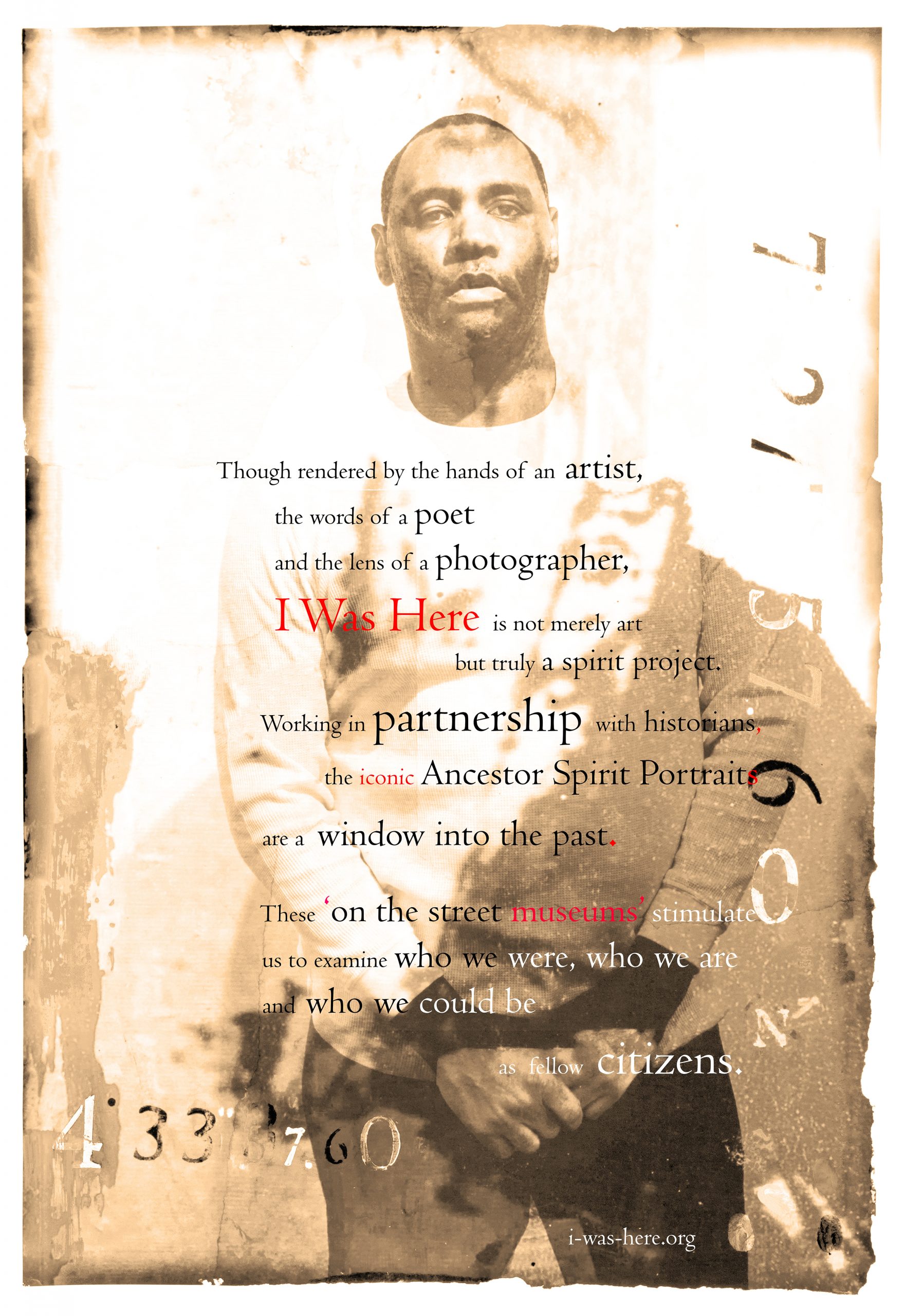 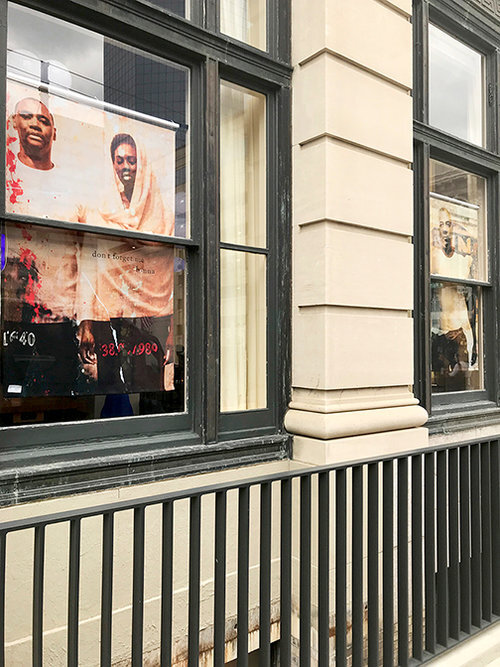 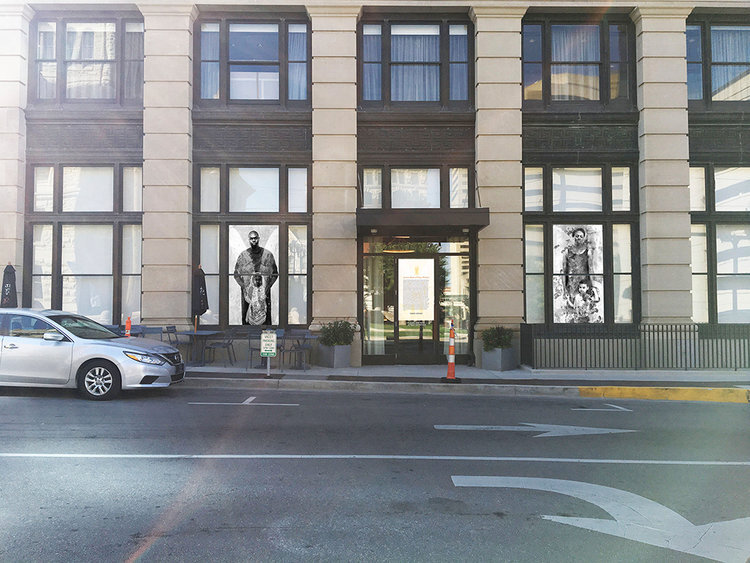 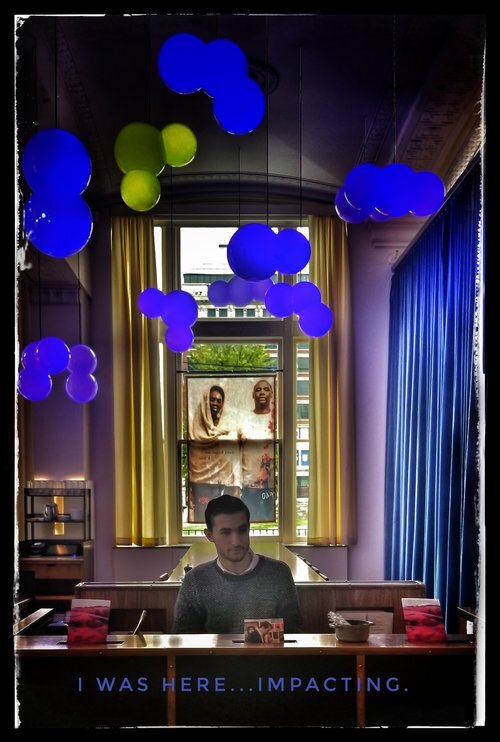 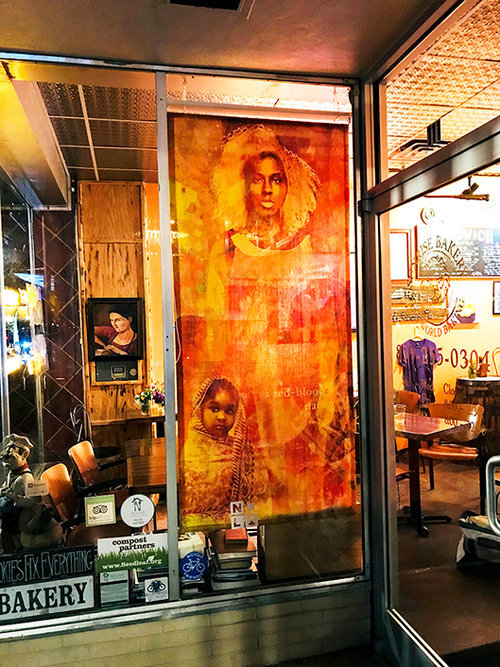 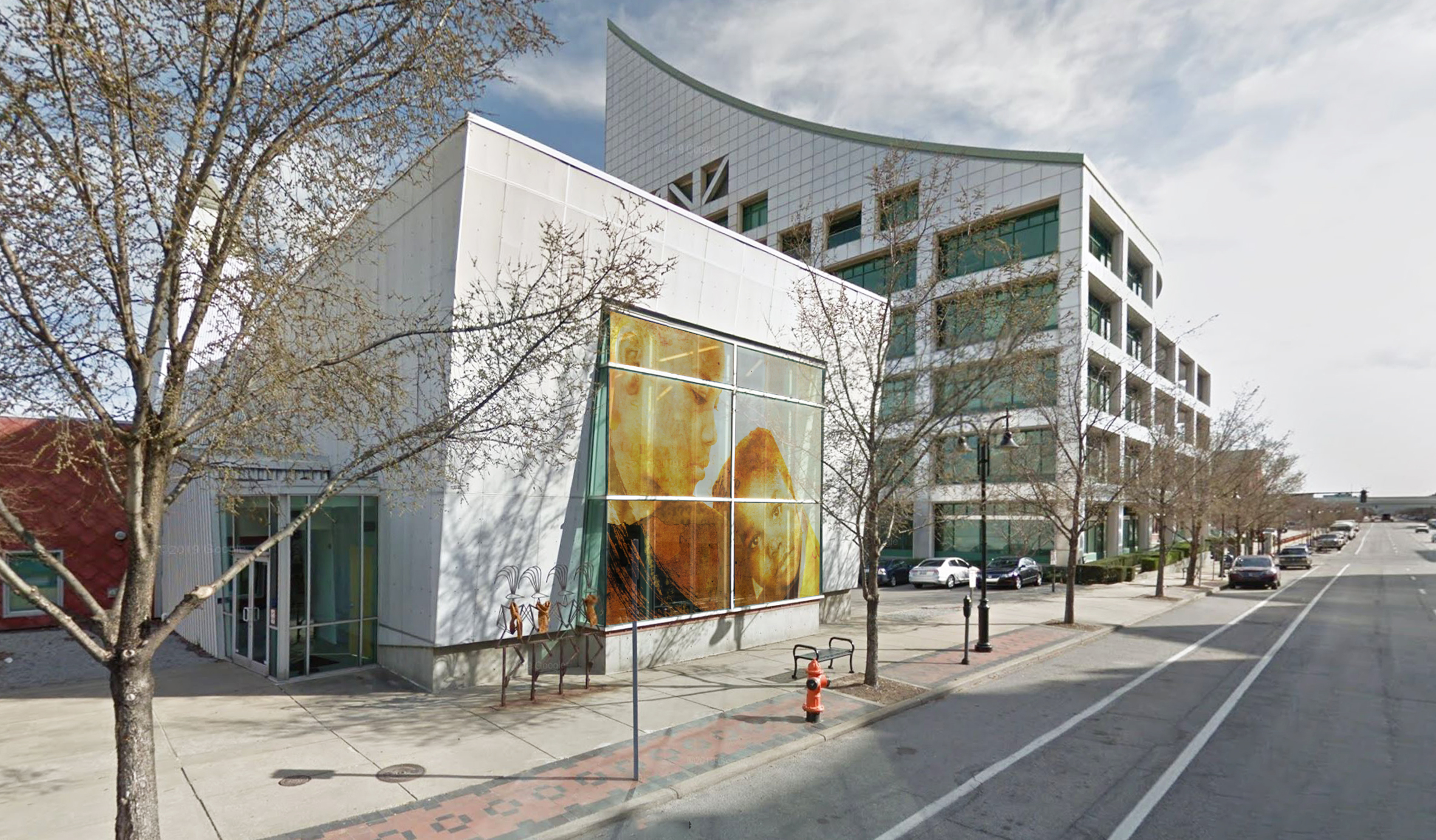 Client: I Was Here

I Was Here is a public art project that features images of contemporary African American men, women, and children recreated as Ancestor Spirit Portraits. A series of installations of these iconic Portraits transform sites of formerly enslaved into ‘on the street’ museums designed to educate, unify communities while creating memorials in public spaces

Through the use of latitude and longitude, the project references locations central to the long life of the transatlantic Middle Passage slave trade. Through partnerships with historians, iconic Ancestor Spirits are installed into historic locations across the country whose significance may not be known. These portraits, acting as a tribute to enslaved persons, are installed on roman blinds in windows of businesses at key sites.

The mission of the project is twofold—to create a visual testament of those who were sold into slavery and to instill a deeper understanding of our common humanity and create a means to “see the world with different eyes.” Each installation is accompanied by an opening Sanctification ceremony that brings community voice, song and spoken word to the public’s experience.

We believe that the spirit of the past can be redeemed and our future, as humanity, more richly nurtured.

A series of ‘On The Street Museums ‘ bring art into the public square to instill a deeper understanding of our common humanity and stimulate a conversation about who we were, who we are and who we could be. I Was Here takes the humanities out of the museum, university and gallery to give citizens the opportunity to come face to face with a visual history lesson rarely, if ever, encountered on the avenues of America.

Based on archival records, the enslavement of Africans touched almost every corner of the United States but that history is largely hidden. The project brings the past in view calling upon us to craft a vision for the future. The images, reproduced on translucent tapestries, allow light to pass through. They are clearly visible on both sides creating a visual metaphor for the complexities that embody this wound.

A Sanctification Ceremony, the introduction of Opera and Choir into public spaces, narratives and story hours in the public libraries bring the humanities and history into the public sphere. However, some of the greatest successes have happened informally and organically as individuals respond to the artwork, suggest additional histories and sites to consecrate and consider new ways to build community.

I Was Here began as a conversation about how to shift the spirit of the country in 2016 eventually taking form as an artistic collaboration between artist Marjorie Guyon, photographer Patrick Mitchell and poet Nikky Finney. The art is a synthesis of photograph, collage and poetry in the form of iconic ‘Ancestor Spirit Portraits’ designed to appear nationally in spaces where enslaved persons had been bought, sold and lived.
In October 2018, the first 'on the street museum’ launched in the public square of Lexington, Kentucky - once one of the largest slave auction sites in the United States. Initially, property owners in the immediate vicinity permitted their windows to become part of the memorial project. After the launch, the installations spread throughout the downtown. The project received a grant from the NEA to create a city-wide library installation. It is slated to launch in both Louisville and St Louis in fall 2020. The project was a Recipient of the AASLH Award of Excellence, the most prestigious recognition for achievement in the interpretation of state and local history. This is place-based engagement with the past that has altered the landscape … so that the public quite literally sees familiar sites in new ways..

They stand in the windows of shops, bars, the courthouse, professional offices, and studio spaces. Like enslaved people, they are both conspicuous and ordinary. Like slavery once was, the figures are everywhere. Each piece, like all good public history, pushes viewers to consider the past, present, and future all at once. The goal of commemorating a legacy of abuse, violence, and pain presents certain challenges. I Was Here meets these challenges in an eloquent, reverent, and respectful way. At each installation, there is a sanctification ceremony that invites all facets of the community to pay their respects to thousands of human beings who moved through the square never to return to bring healing by honoring the past and planting a vision of the future. Each piece is as complex as the victims of the trade. The portraits transform individuals into representative ancestors. They are of all ages and genders. They are printed on translucent tapestries, allowing viewers to literally see through them and for light to shine through them. These figures ask viewers to consider the broader connections of enslaved people sold at auction and the vast histories of enslavement. At the heart of the project is the concept of connection.