i see you/you see me - CODAworx 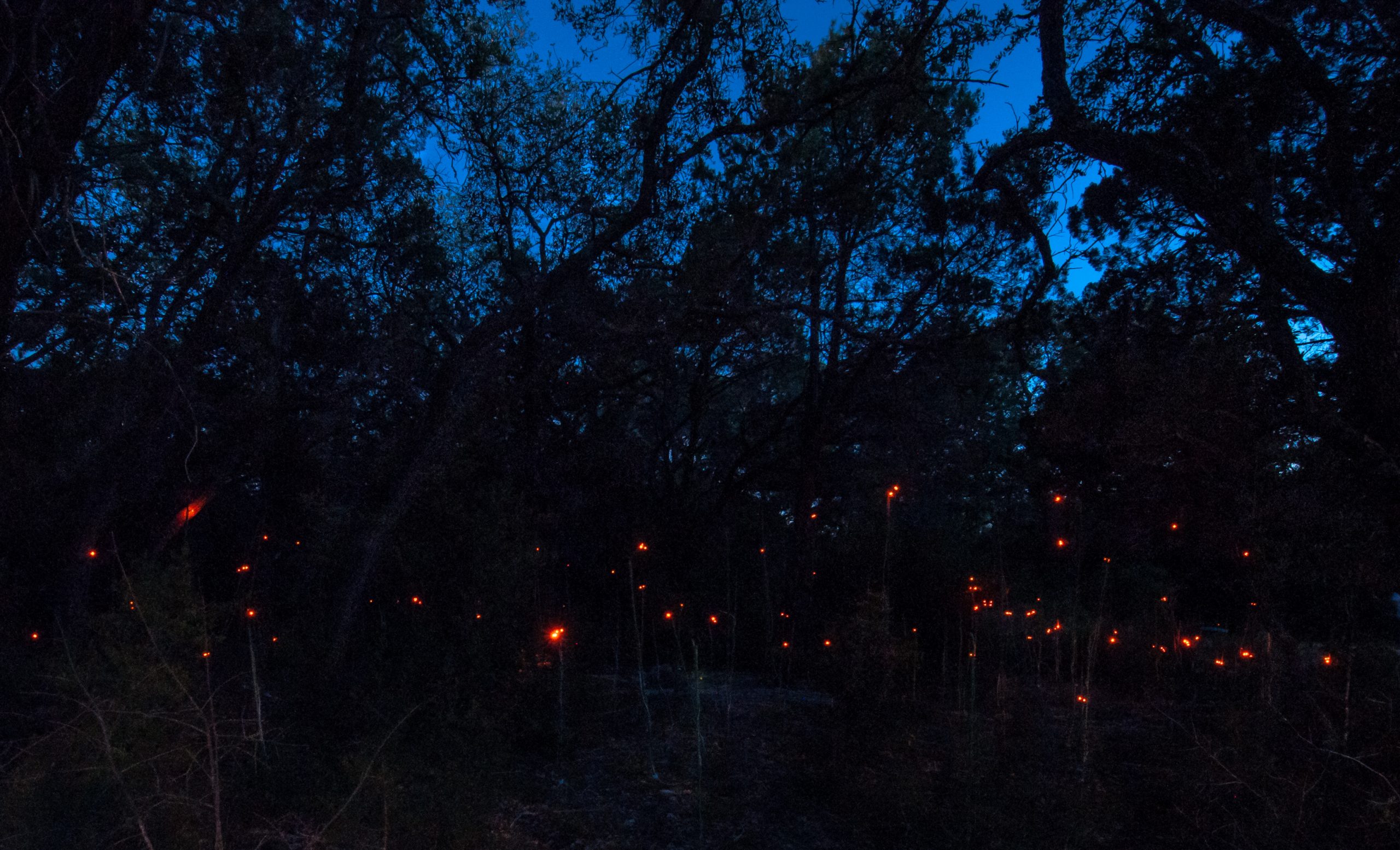 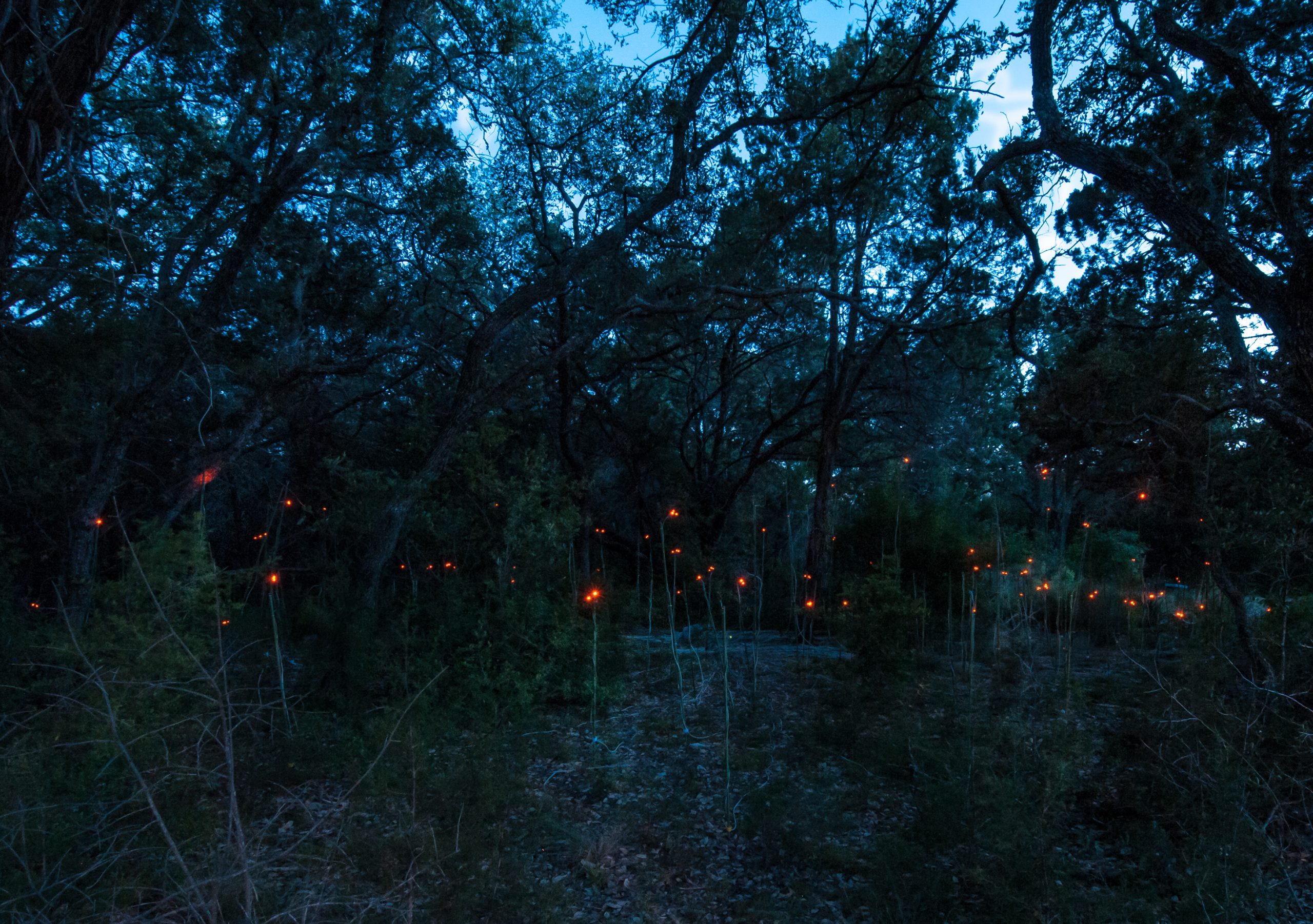 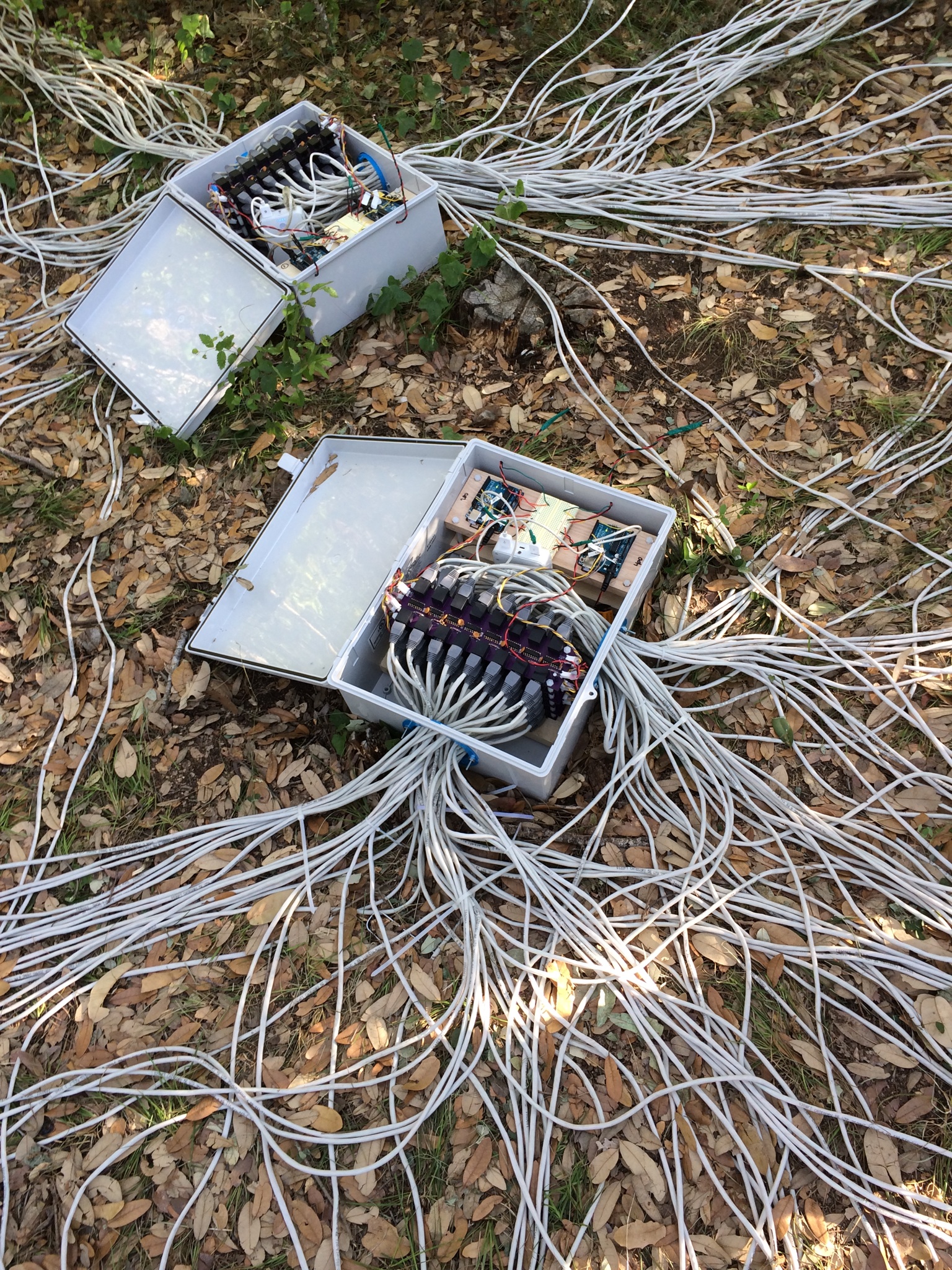 “i see you/you see me” was designed to create a display of light resembling a cloud of fireflies in its natural habitat. Covering a span of 2500 square feet, Arduino microprocessors, 1000 LEDs, light sensors, and 3000 feet of ethernet cable were utilized to mimic the pattern of light emitted by the species of firefly native to Central Texas. Each species of firefly has a unique light pattern allowing it to identify other members of its species when searching for a mate. Every evening at dusk for two weeks, light sensors set off a seemingly random display of light.

The City of Austin Art in Public Places commissioned the artwork for Gaines Creek Park to draw attention to park spaces throughout the city, while generating curiosity and interest for public art. The goal was to create a sense of wonder by attempting to replicate a natural phenomenon that has become less prevalent as the firefly population has declined as a result of the Texas drought and its effect on the natural habitat of fireflies in the region. This integration brought attention to a park that could easily go unnoticed due to its unaltered natural landscape and vegetation. In addition, it generated an interest in public art for the city, creating a dialogue between artists and the community.

The City of Austin requested site-specific concepts for temporary installations and/or performances from artists for parks throughout the city. The designs submitted for the work and all materials were subject to approval by committee. The collaboration was made with shared goals to create a work of art that would enhance and generate interest in the city's park spaces. By engaging with the artwork, the viewer can find new ways to relate to their environment and community. This vision is an integral part of the inspiration for the work, and the City of Austin's support for public art allows for risk-taking and exploration that both the artist and viewer may benefit from.

“i see you/you see me” was also supported and promoted by the community members residing in the neighborhood adjacent to Gaines Creek Park. In addition, the work was nominated for an Austin Critics Table Award 2014 for the category, Work of Art: Independent or Public Project.