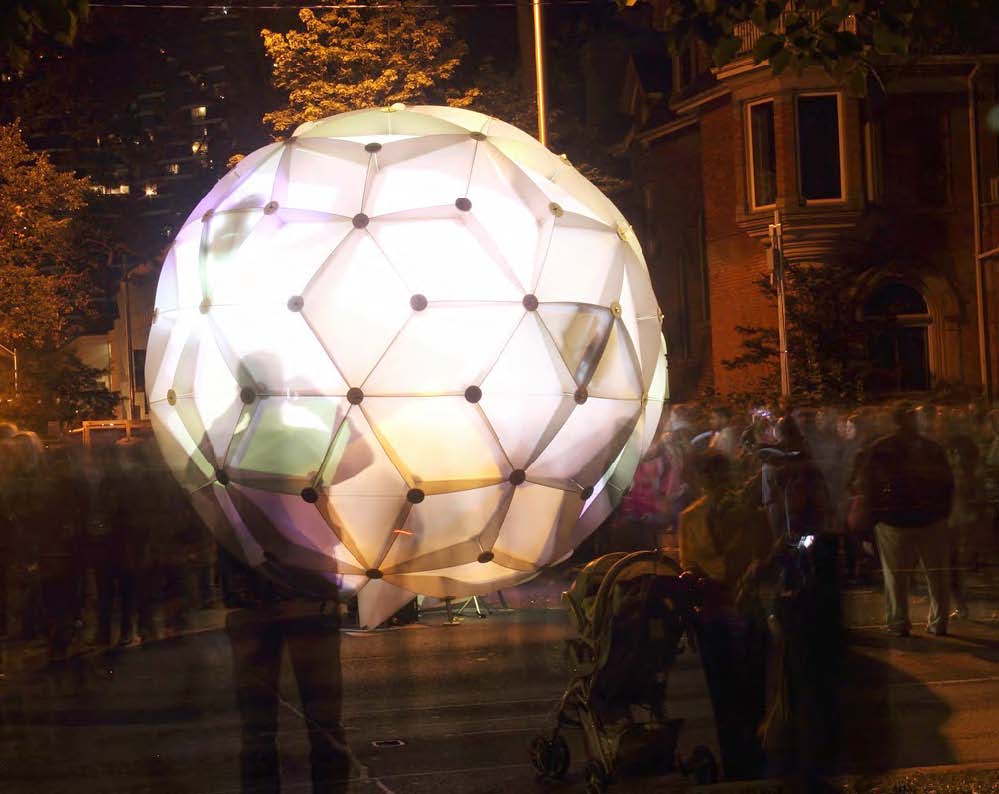 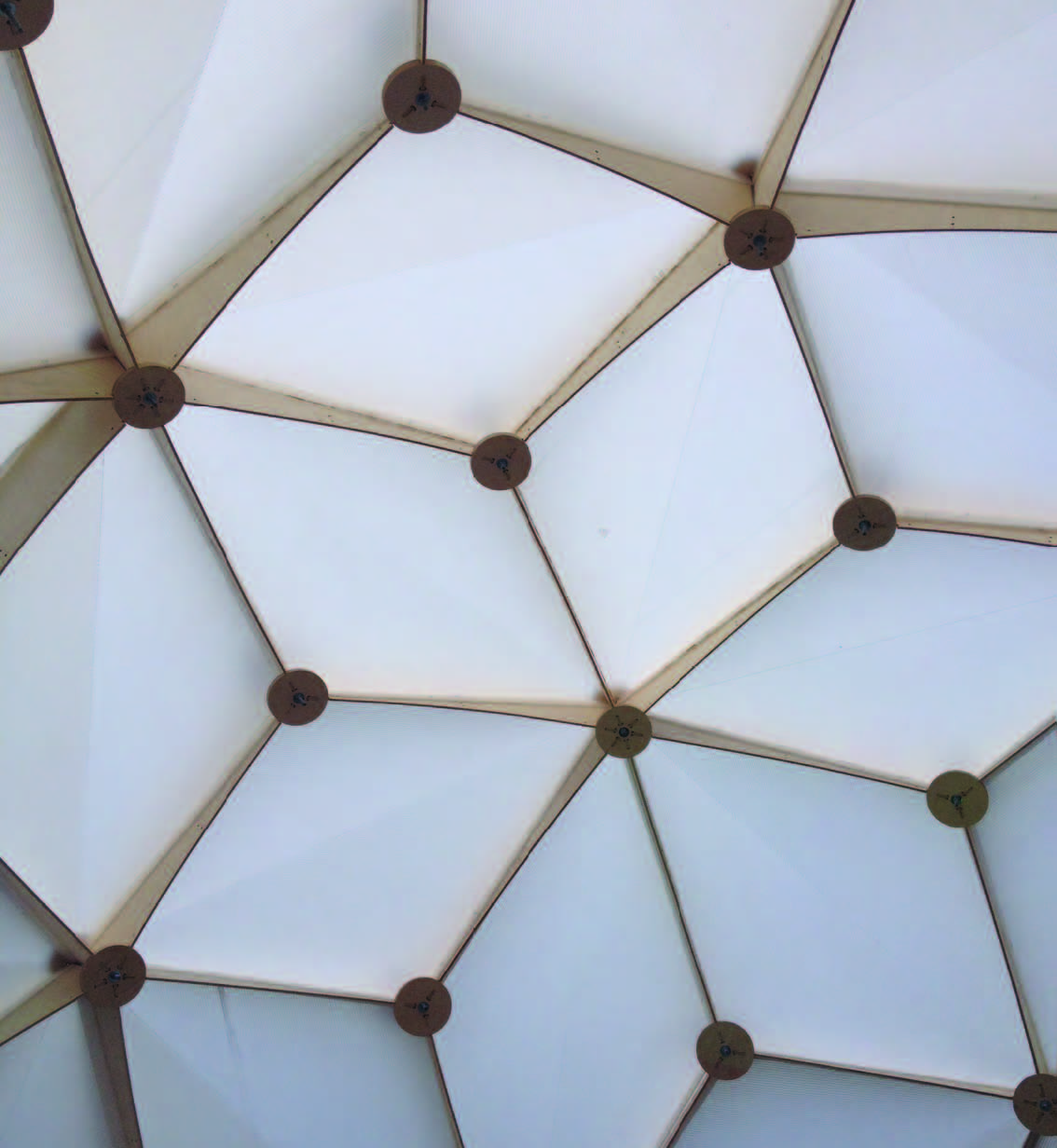 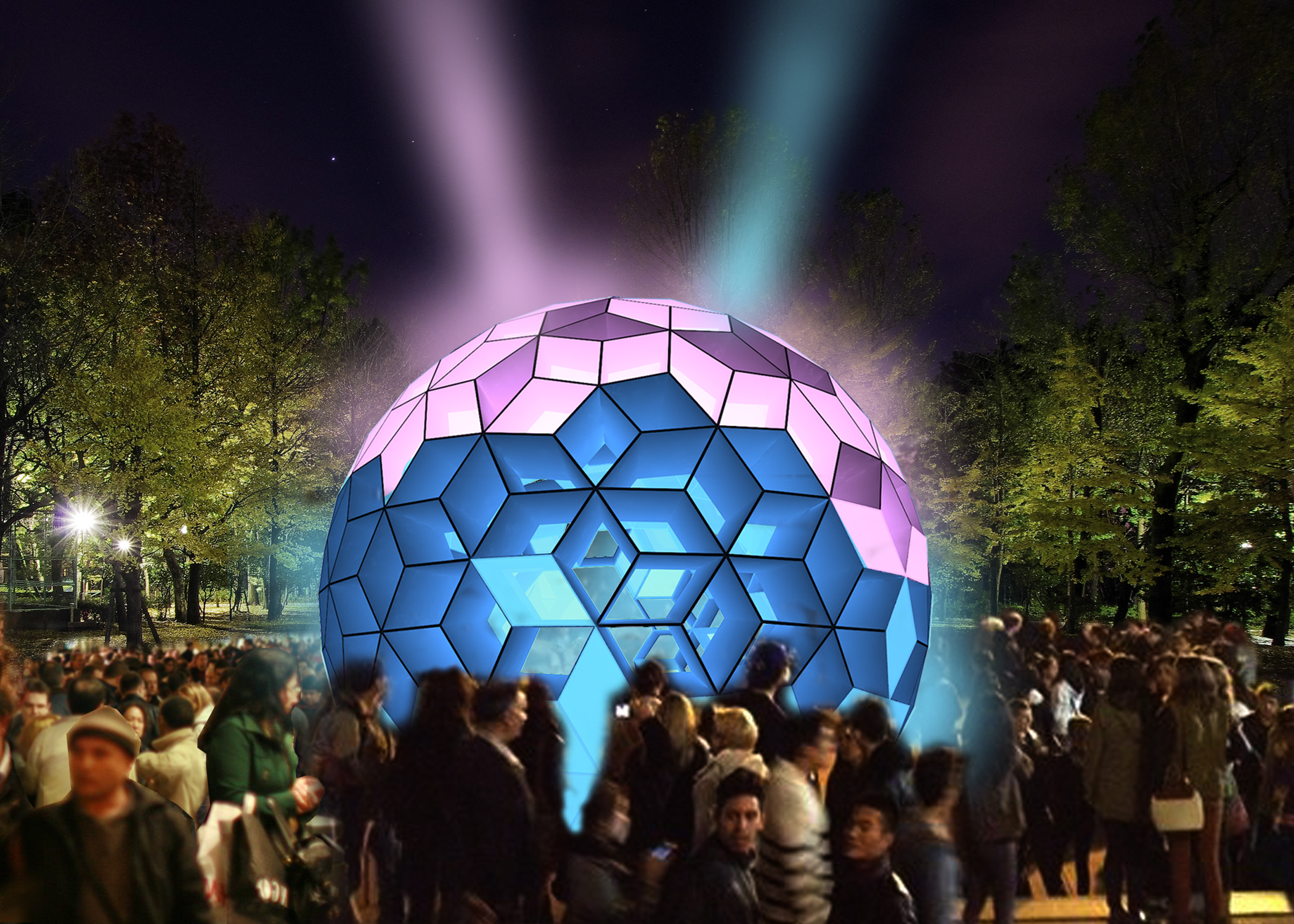 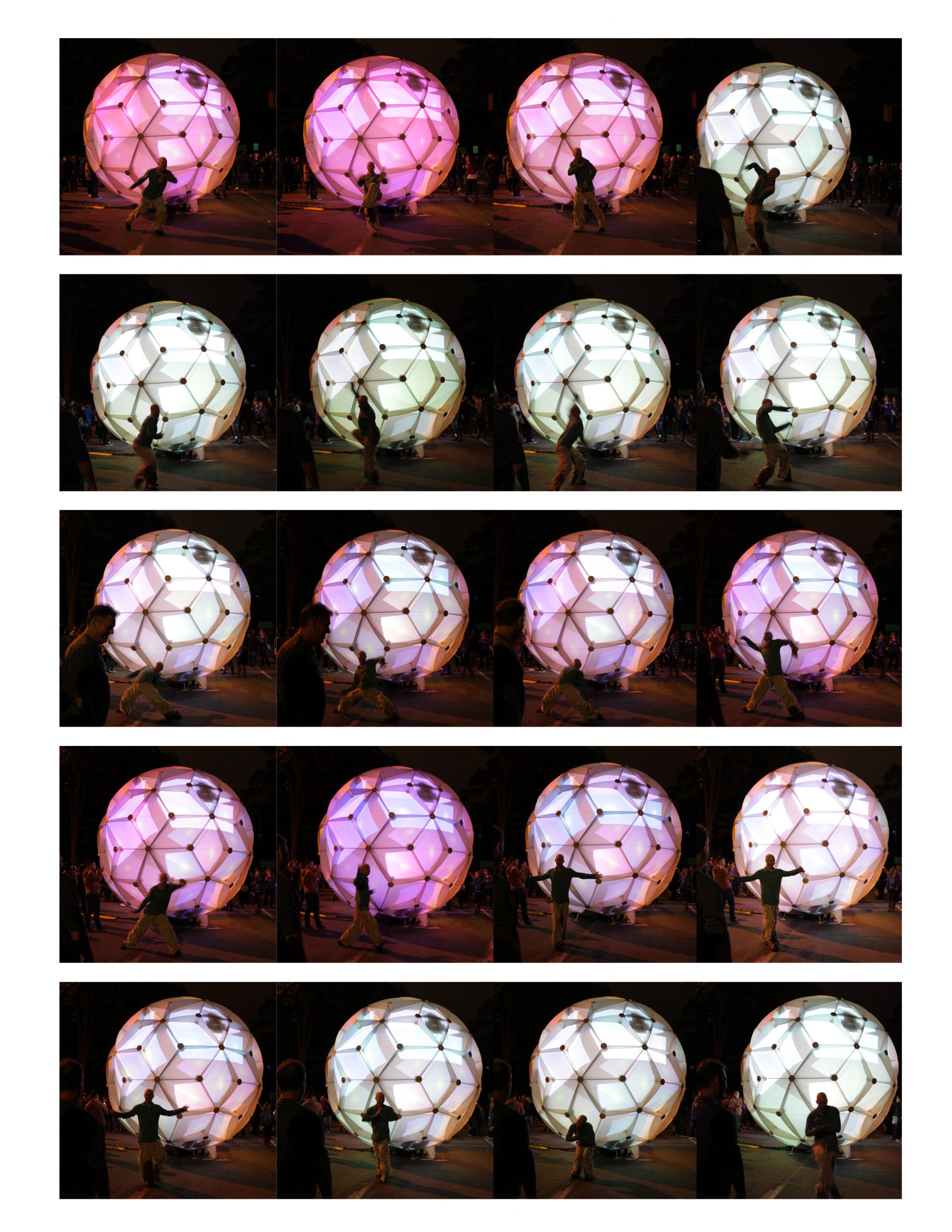 The HYBRID GLOBE aims to capture the ephemeral aspect of the parade within an interactive artifact: a polyhedral sphere with animated colors & images projected on to its surface.The audience actively participates in the creative process; the composition, density & rhythm of changes to the projections are defined by social engagement.Media: Interactive installation. Users can change the projection by their active participation in generating noises and music.
Dimensions: 4.5m diameter sphere, 180 kg weight
Material: 3/4″ plywood, 1 1/2″ plywood disks,3/8″ threaded rods

As with to other communal activities in the public realm, parades, in their essence, revolve around interaction. Audience interacts-among themselves & with the spectacle, molding an ephemeral ambiance which represents the identity of the parade at the moment. Thus, the parade is primarily temporal experience, with dynamic social interactions negotiated between diverse participants and the detailed character of the parade not fully predictable.In this parade, the HYBRID GLOBE becomes a public vehicle for the audience to become participants – to socially interact with others or, as Arendt puts it, to create a place to “appear to others as they appear to me.”

The pure & powerful geometry of the sphere is both familiar & strange. It is deployed here as an armature for carrying the temporal imaging (& imaginings) that will create a spatial & social experience in the environment that will exist among the social participants during Nuit Blanche 2013.

HG got selected as a part of publicly funded open call projects for 2013 Nuit Blanche in Toronto. The School of architectural sciences as the main sponsor of this project, provided the equipment and facilities to fabricate this robust geometry in 10 months. More than 50 volunteers, mainly architectural students collaborated with the project.