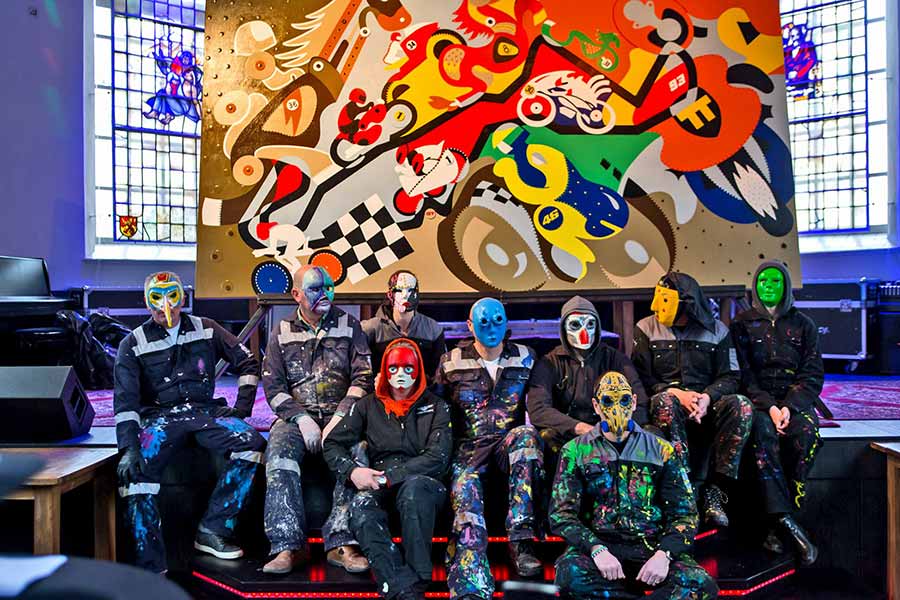 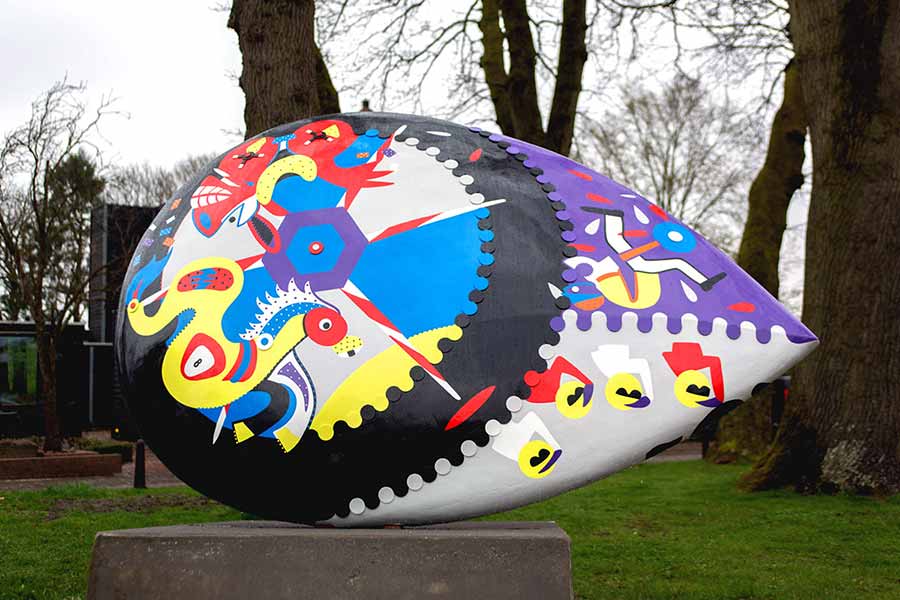 Horsepower Mania is about the 90 year history of the Dutch TT (Moto GP). The project consists of one painting (79×138 inch) and six sculptures (79x118x20 inch). Each artwork features a historical winner of the Dutch TT. Back in the day the race was held on the public road (a 40 mile long route through several towns of the province of Drenthe). The sculptures are placed along this historical route.

The project was part of the historical route set up by Recreatieschap Drenthe. This organization was responsible for recreating the old route of the Dutch TT. The goal was to make the route a tourist attraction filled with historical references to the 90 year history of the race. The sculptures were placed in 4 different municipalities in the province of Drenthe.

Recreatieschap Drenthe was the commissioner. Toyism Studio created the design, made the sculptures and did the paintwork. Other parties involved were the Province of Drenthe, the municipalities of Assen, Aa en Hunze, Midden-Drenthe, Borger-Odoorn who also settled the necessary permits. Sculptures are placed along the historical route in the towns of Schoonloo, Grolloo, Borger, Rolde, Hooghalen and Assen. The painting is displayed in the Provincial Governmental House of the Province of Drenthe.

7 toyists form 2 different countries worked on this project. The project started with a pop-up exhibition of the painting and the sculptures in Borger (a town along the historical route). It was opened by Marije Joling, a Dutch speed skating champion. Toyism Studio always makes the designs and does the paintwork with toyism artists only.