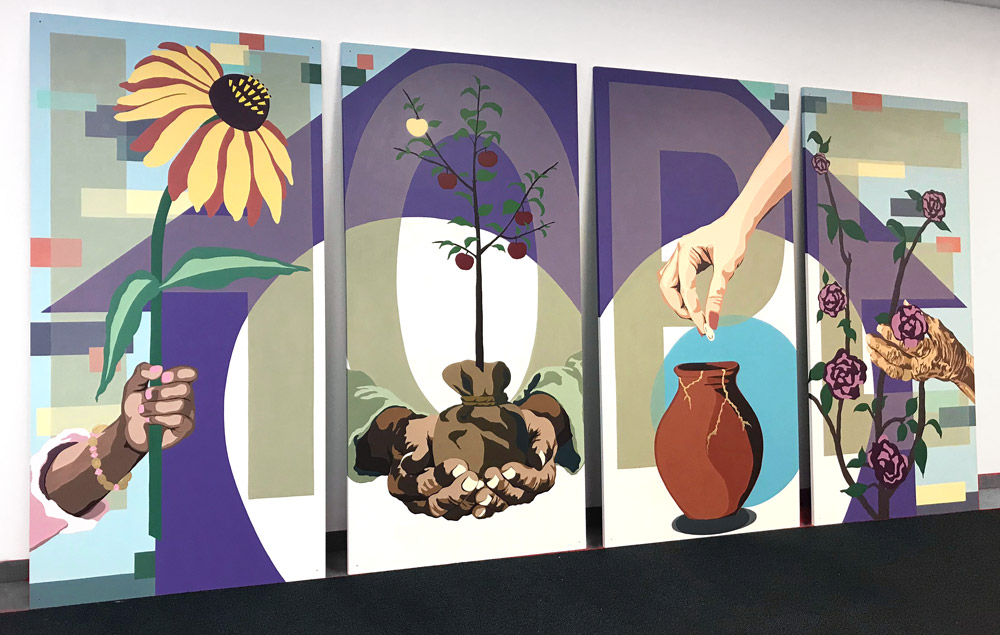 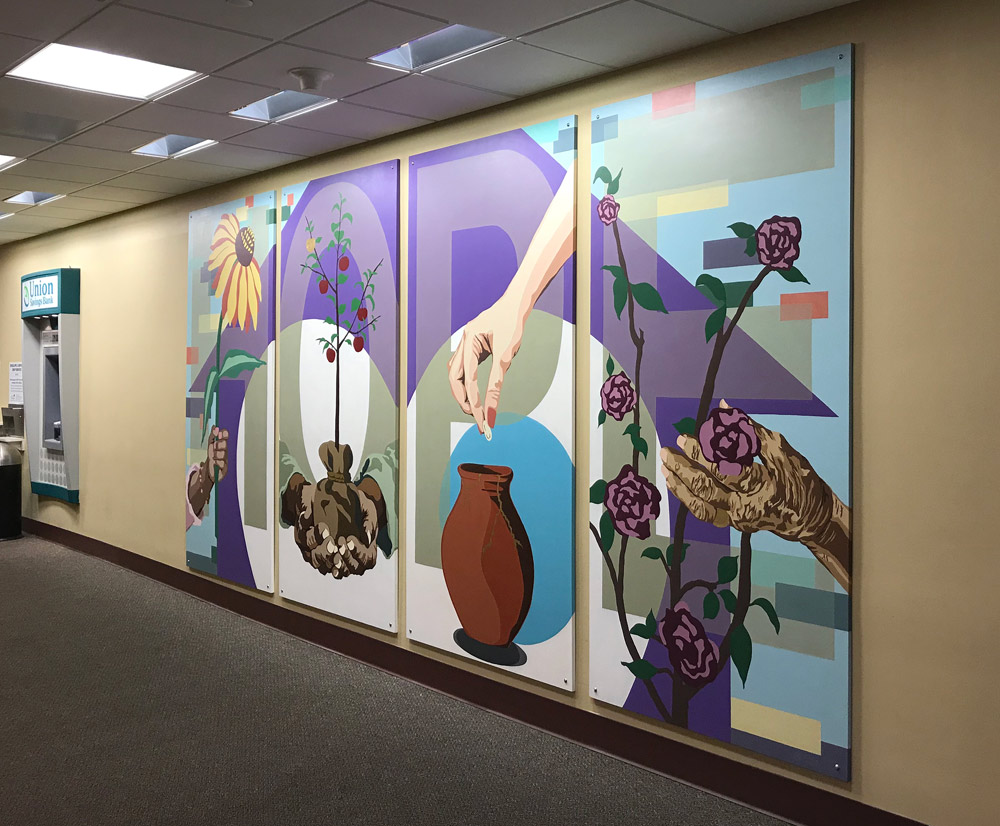 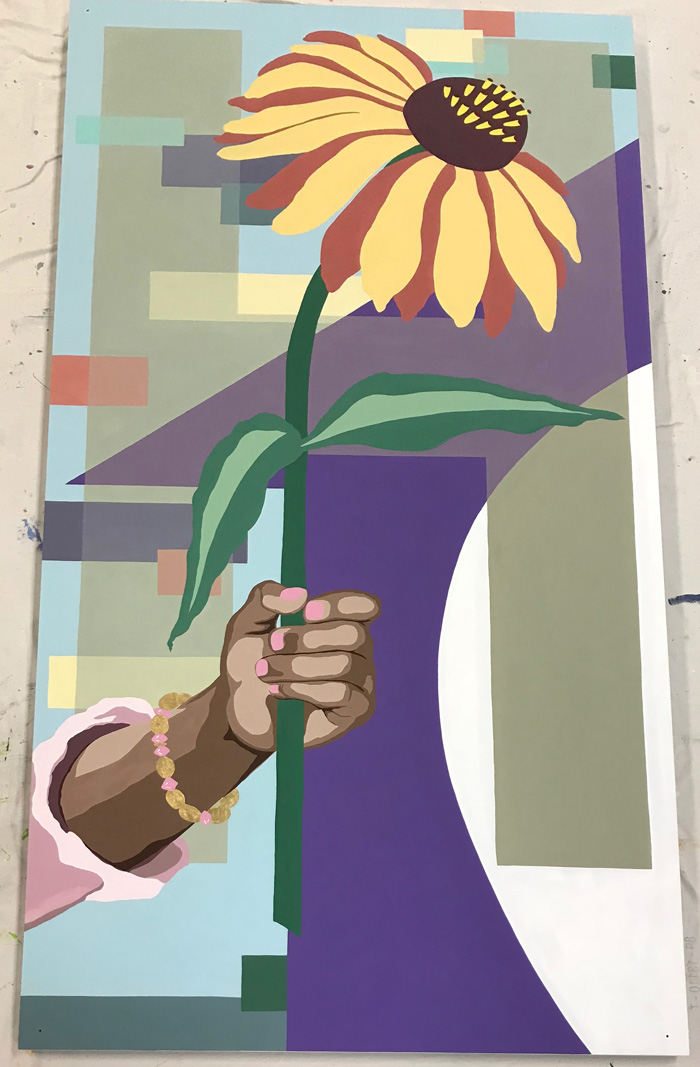 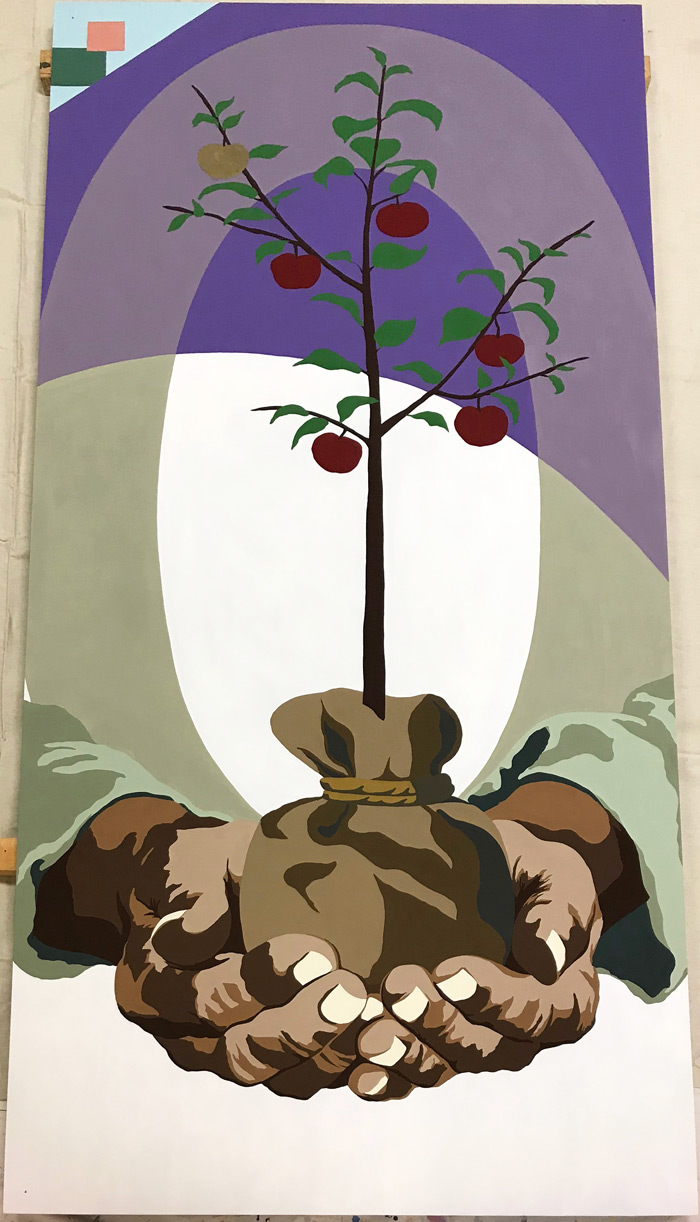 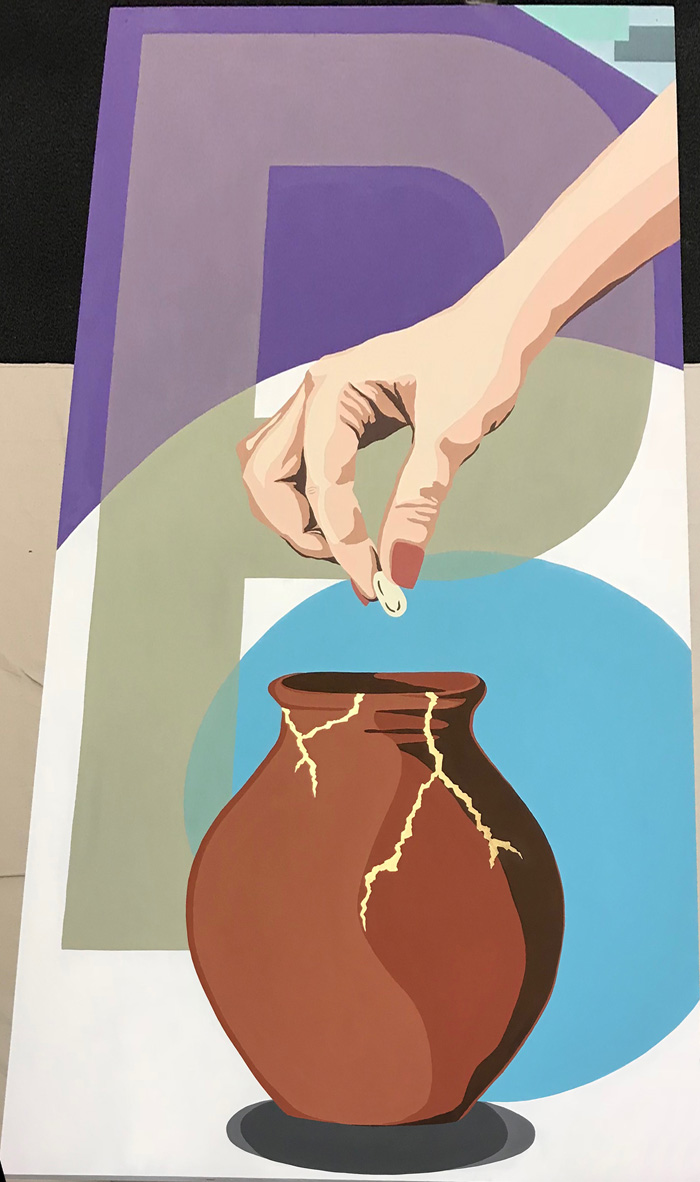 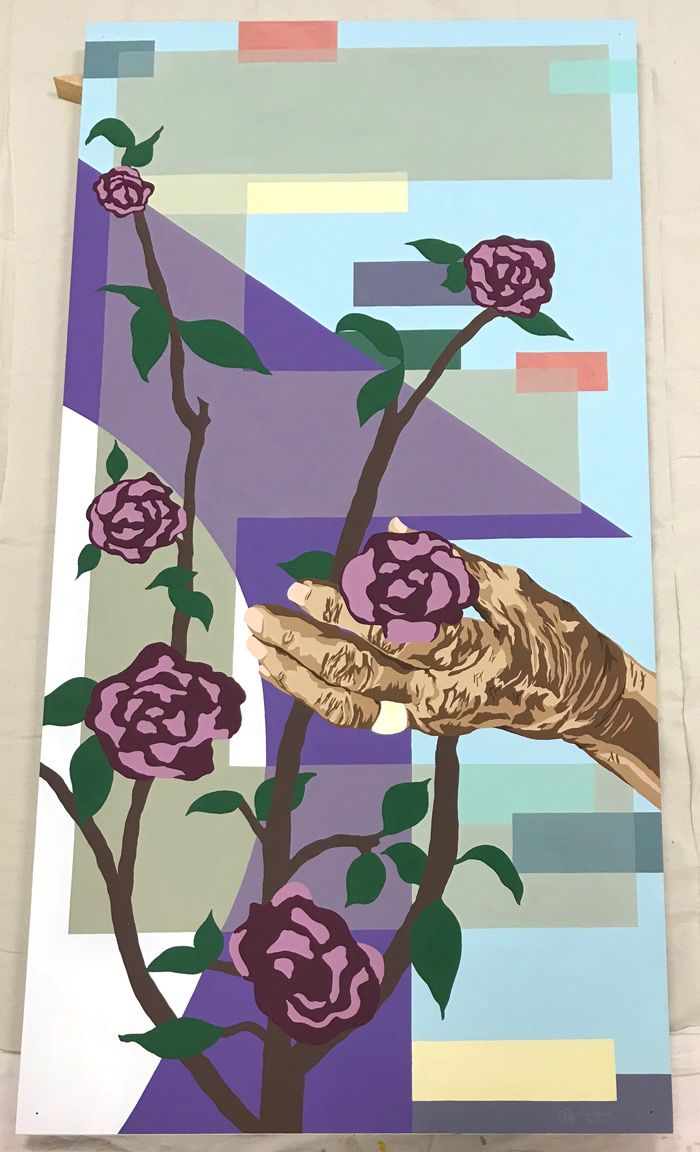 The Women's Center of Greater Danbury

The Cultural Alliance of Western Connecticut

Connecticut Office of the Arts

The HOPE public art wall mural was created by Toni Miraldi of Mural Envy to benefit The Women’s Center of Greater Danbury (WCoGD), and more broadly, to give voice to and increase awareness of domestic violence and sexual assault. The mural was painted on four 4’ x 8’ panels, with a total installed dimension of 8’ x 17’. Each panel illustrates a different segment of the diverse population served by WCoGD, and shares a message of hope, empathy, and advocacy. It also incorporates the WCoGD logo of a purple house, white heart, and turquoise circle.

Since its founding in 1975, WCoGD has been a safe haven as the sole provider of services to victims of domestic and sexual violence in the Greater Danbury area. Though the Women’s Center has been active in the community for over 40 years, many residents are unaware of the breadth and diversity of its services. By drawing public attention to WCoGD, the HOPE mural supports and furthers the Center’s mission and vision, “to end the violence against women, men and children and to foster equality and empowerment for all.” The mural advances that vision by sharing a message of hope, empathy, and advocacy with all the visitors, patients, and staff of Danbury Hospital. It also adds beauty to the space and is a strong example of the positive power of public art.

The mural was created in collaboration with WCoGD, The Cultural Alliance of Western Connecticut (CAWCT), and funded by a REGI Grant from the CT Office of the Arts. Toni Miraldi designed the mural using input from those closest to the Women’s Center as inspiration. She spoke with volunteers and staff at WCoGD to learn about their passions and motivations, and to hear their stories of serving the greater Danbury community. From these conversations came a clear message of hope, empathy, advocacy and diversity .Other members of the community donated additional funds, materials and studio space. The finished mural was installed inside Danbury Hospital, a community partner and supporter of WCoGD. This high-traffic location increased the mural’s reach to the broad and diverse demographic served by Danbury Hospital.

The mural was very well received by the community. Danbury Hospital hosted a reception for the installation, at which Hospital Vice President Morris Gross described the HOPE mural as, “one of the best things to happen at Danbury Hospital,” in his time there.