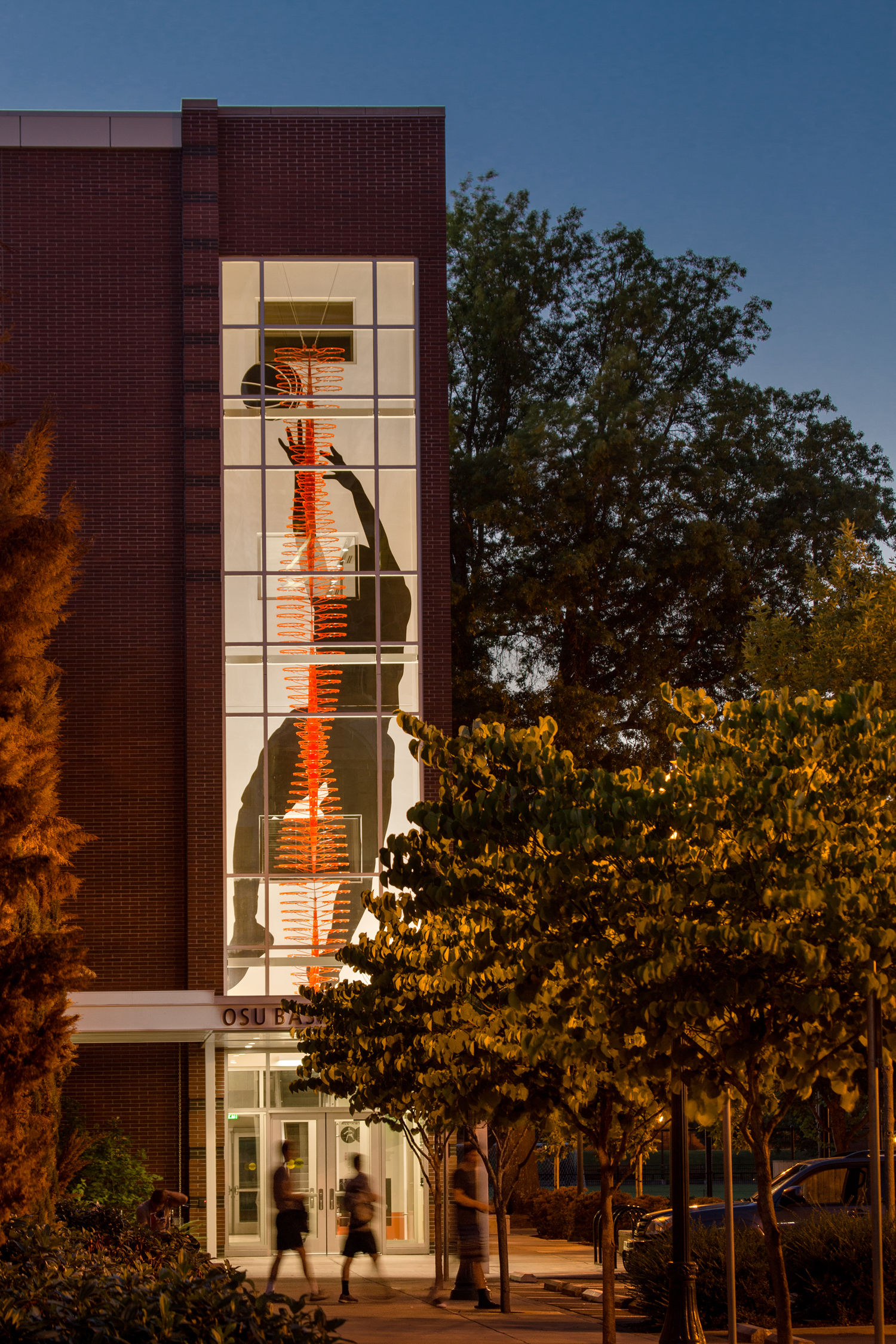 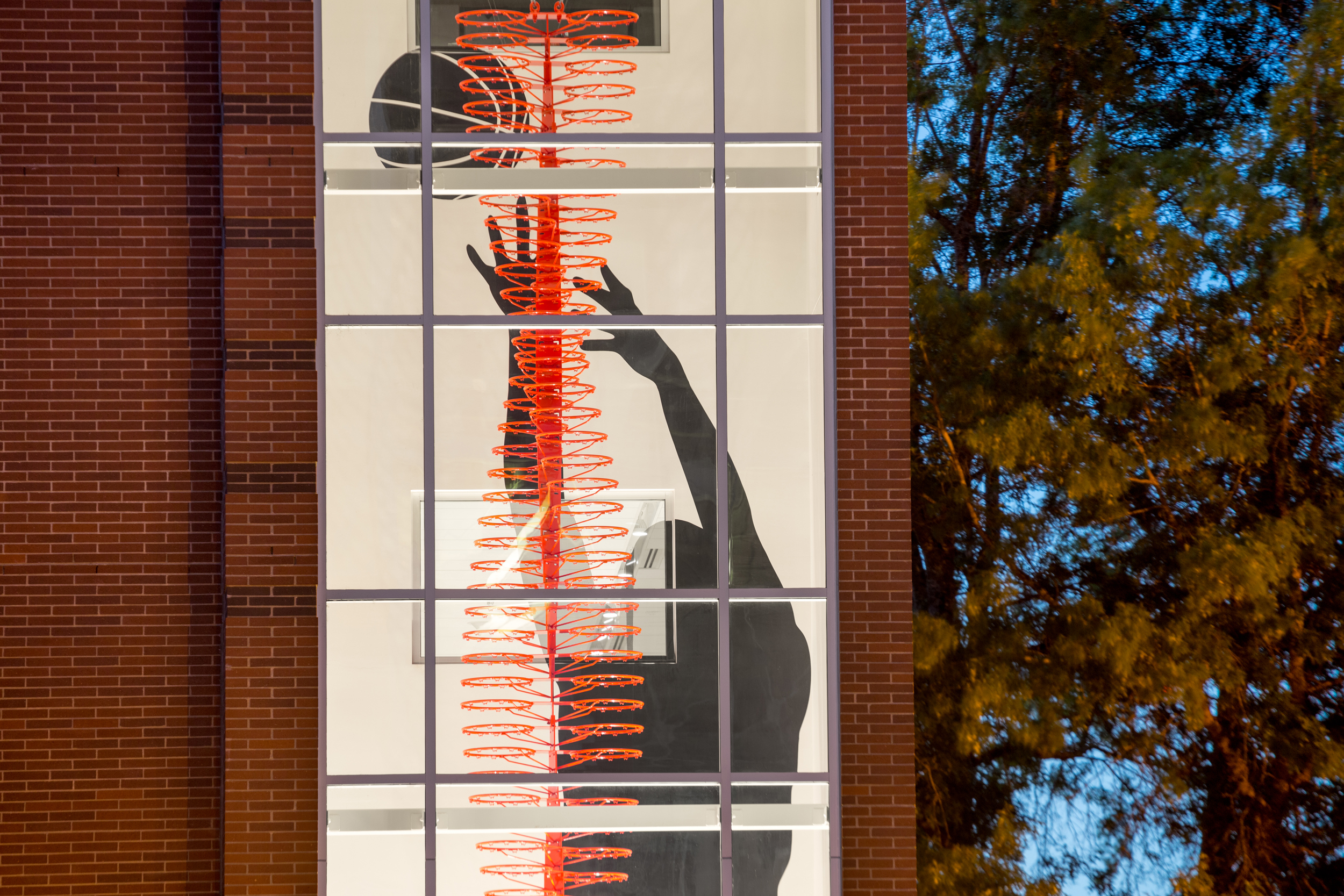 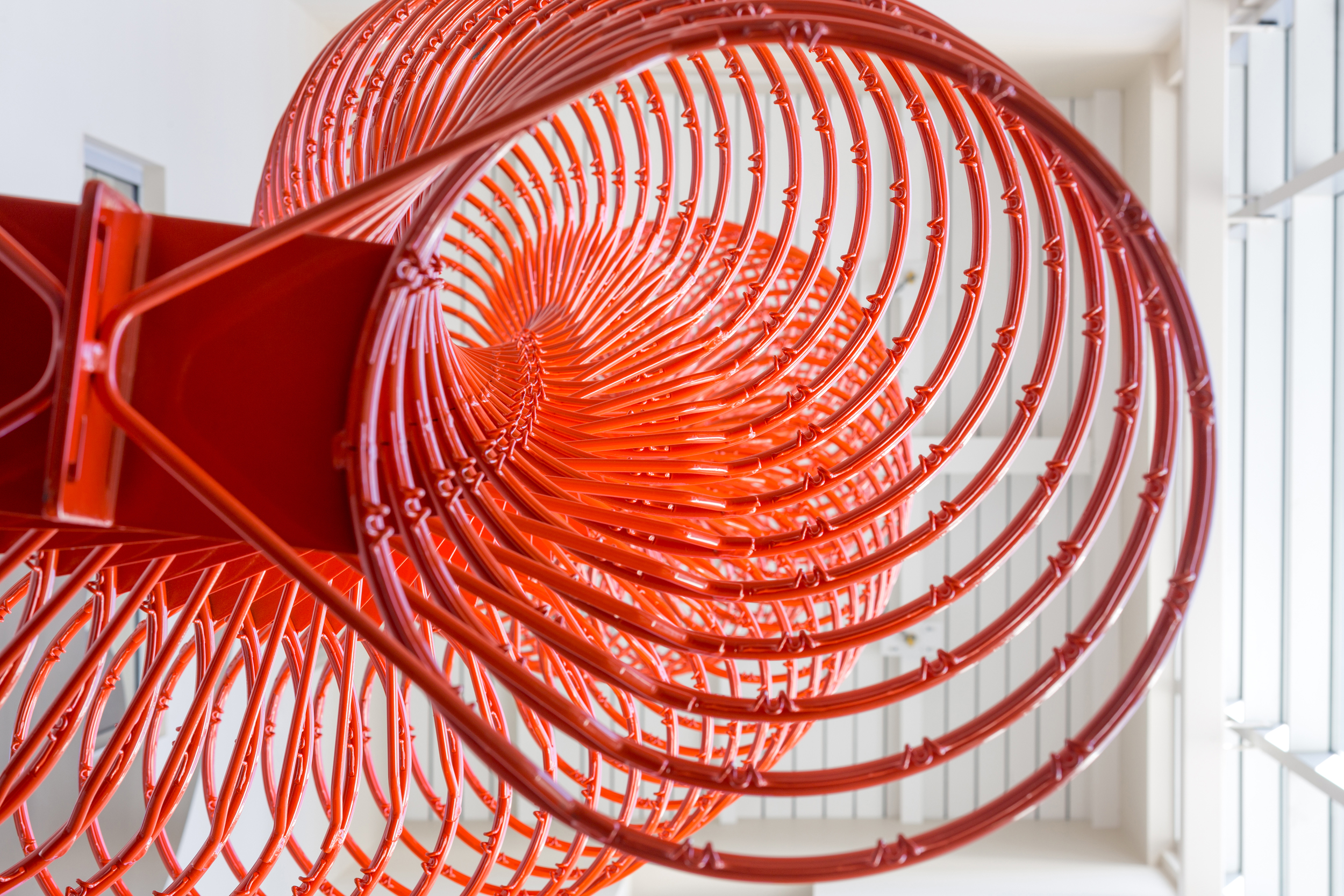 Client: Oregon’s One Percent for Art In Public Places Program, Managed by the Oregon Arts Commission

Using the hoop, a core element of Basketball, Gordon Huether created this suspended sculpture by arranging 154 of them in a spiral shape. The hoop as a stationary component of the game becomes part of an installation conveying the fluid and rapid movement of the ball itself.

Gordon Huether was commissioned to create artwork for the vestibule of the Basketball Practice Facility at Oregon State University, which is home to the OSU Beavers. Hoops was created by arranging 154 basketball hoops in a spiral shape, to convey the kinetic energy of a basketball in motion and the athleticism of the player. The progressive approach and surprisingly simple implementation of Huether’s concept, is beckoning visitors to explore this facility. The conspicuous suspended installation simultaneously functions as a way-finding element, directing visitors to the building’s entrance and communicating its purpose.

Huether worked closely with Oregon’s One Percent for Art In Public Places Program as well as the Oregon Arts Commission and University staff to make this concept become a reality. Hoops is about the color orange (the dominant color of a basketball, as well as of Oregon State University), the contextual proportions to the space of the tower, and it is an artistic expression saying: “this is who we are, this is what we do!” The vestibule is illuminated at night, resulting in a dramatic effect that becomes a beacon on the campus – viewed from the interior or exterior, during daytime or evening, Hoops provides for an incredible visual experience.