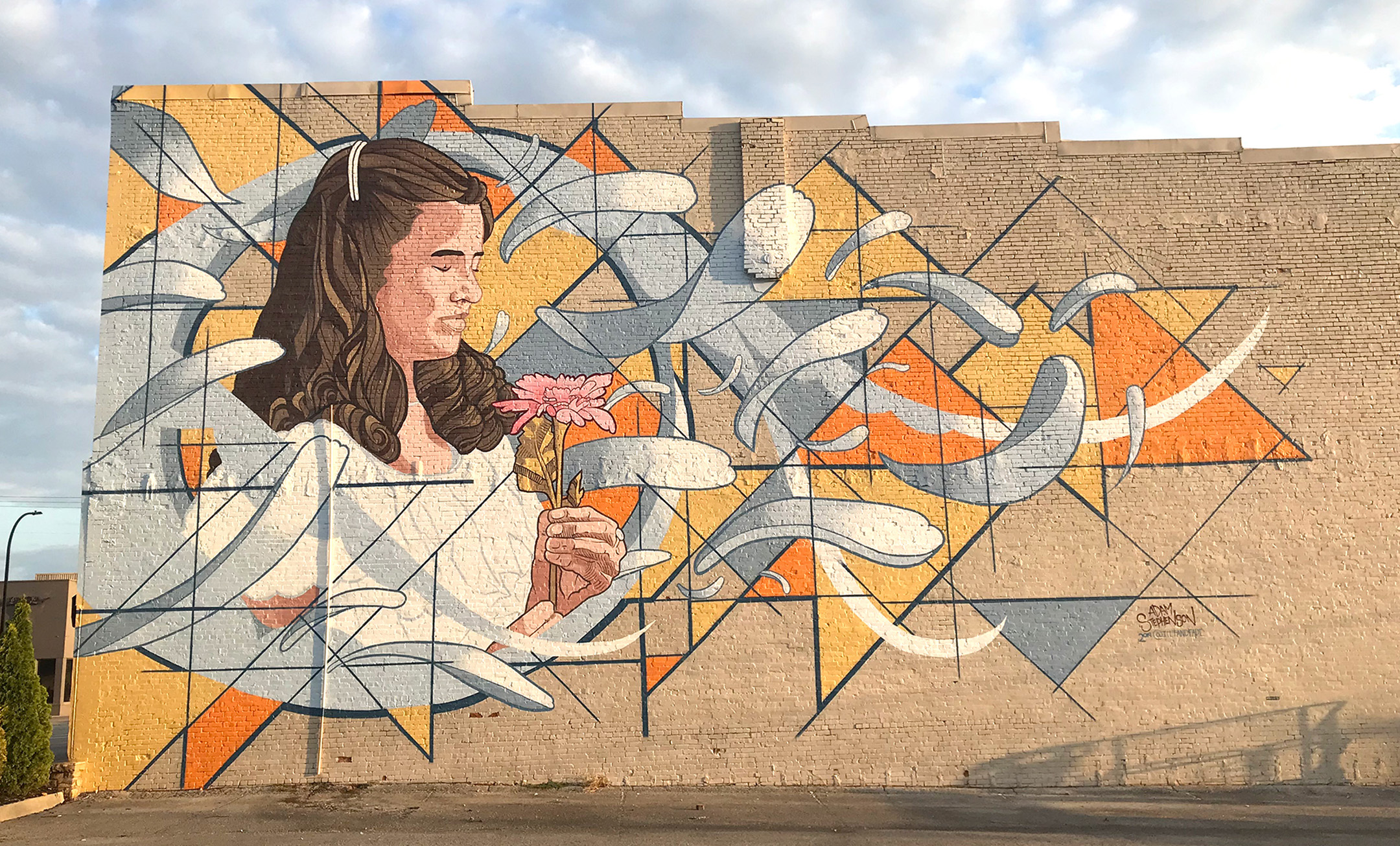 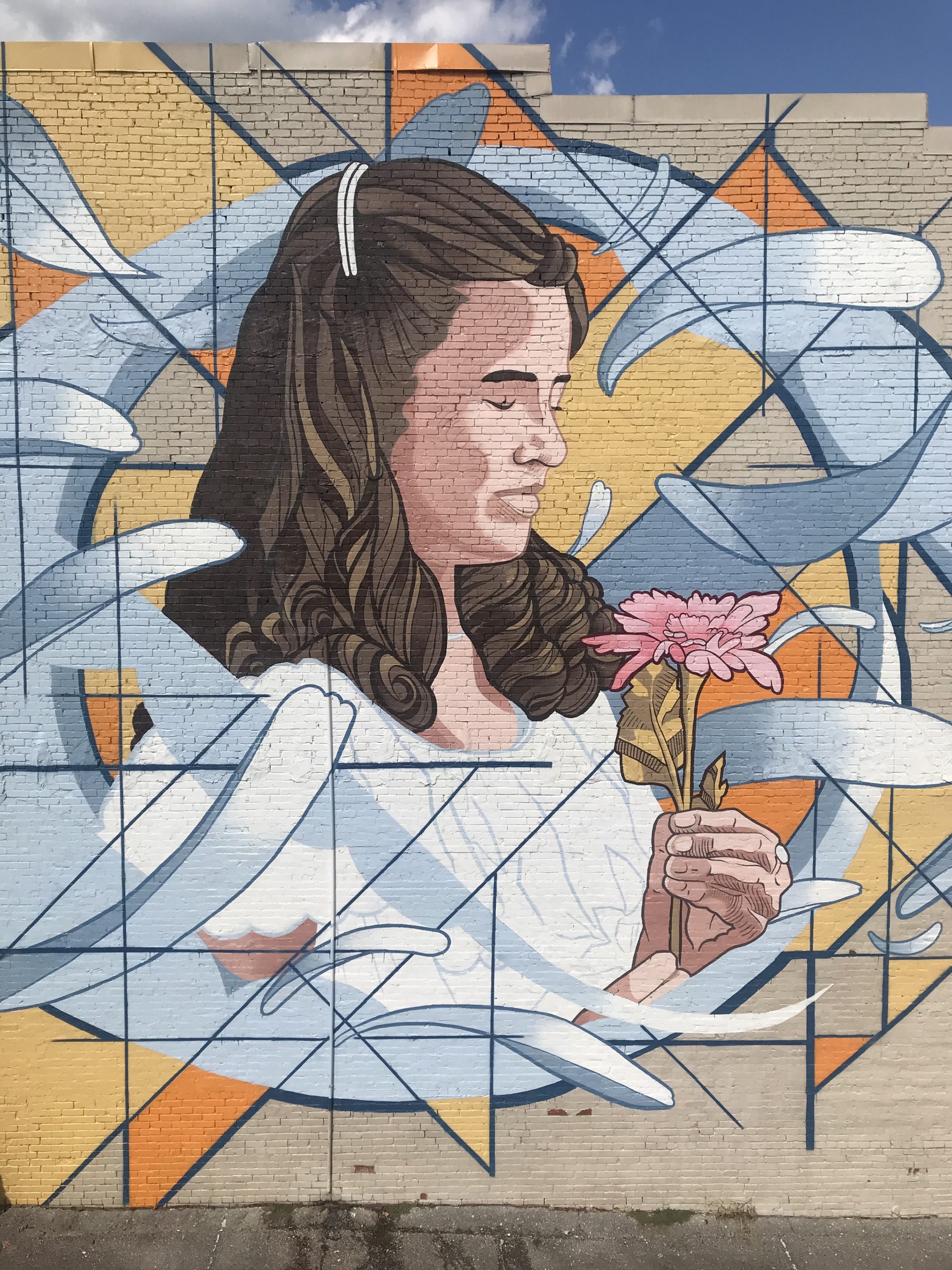 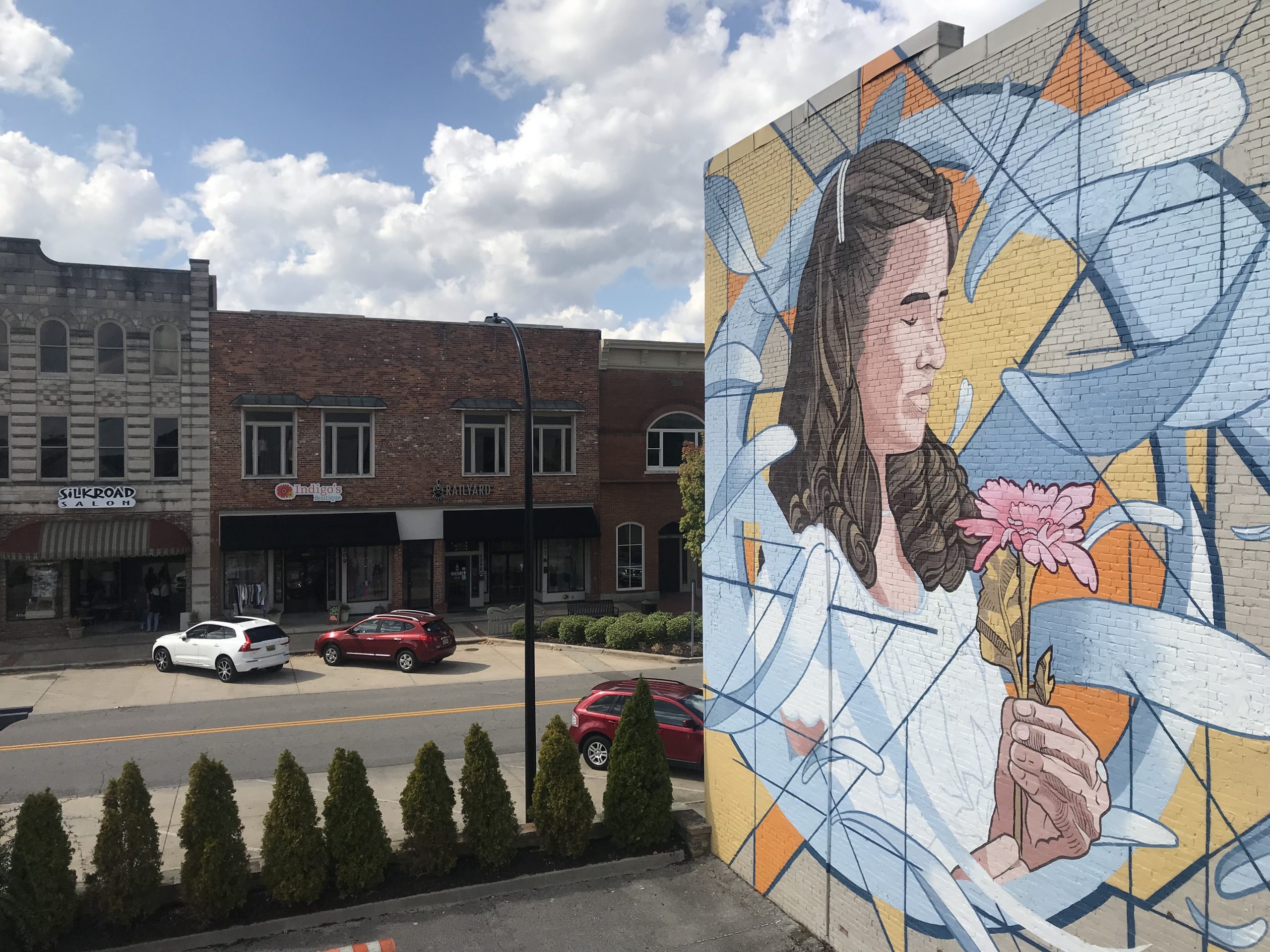 Carnegie Center for the Visual Arts

I left Decatur in 2001 to pursue an education in the arts. I had recently learned that Decatur is pushing hard to expand it’s own art education, so I reached out to see if there was any way, as a muralist, I could join the effort. Growing up in the conservative south as a creative individual, I faced a fair amount of adversity and doubt here in school from both art staff and peers. I hope that this work will be seen by the creative youth of Decatur and inspire them to take their passion and talents seriously, despite any pressures to consider other, more secure paths. I want them to experience this large work and know they can follow the creative path and still contribute to society in a meaningful way.

The figure represented is my sister Lara Lee Whitehead, born and raised in Decatur, Alabama. She passed away in an accident in 2006, leaving behind our parents, her husband and her daughters. Rather than presenting the work as a memorial, the work is intended to be a timeless celebration of the beautiful, gentle, and ephemeral elements of life. In her hands she holds a flower, the stem which is dead and will no longer grow. The flower itself, the most beautiful part of the plant, lives on in full bloom.

This project was commissioned by Athens State University and the Alabama College of Arts. This was the first major grant awarded for public art in the city of Decatur, Alabama. The funding was secured in great part by Senator Arthur Orr. The project initiated an ongoing series of investments in public art to spur downtown development and support and grow local art and tourism industries. It was vital to the project to choose an artist who was local or had local ties to North Alabama.

This project came together in a somewhat magical way. I knew that there were new developments in the arts taking place downtown. So I posted publicly to Facebook asking if anyone knew who I could speak to about creating some public art for the city. Within a few hours, I was connected to Kim Vice Mitchell who heads the Carnegie Visual Arts Center.

We met and discussed the vision we had for public art in the city of Decatur. I scouted around the city to find prime locations for my mural and created detailed mock-ups of each location. Quickly we connected with the property owner of my primary choice and got approval.

I hired my assistant for the project, Yehimi Cambron, after working with her on her mural Monuments: Our Immigrant Mothers. We planned the execution, presented the timeline and budget to the committee, got approval, and got to work.