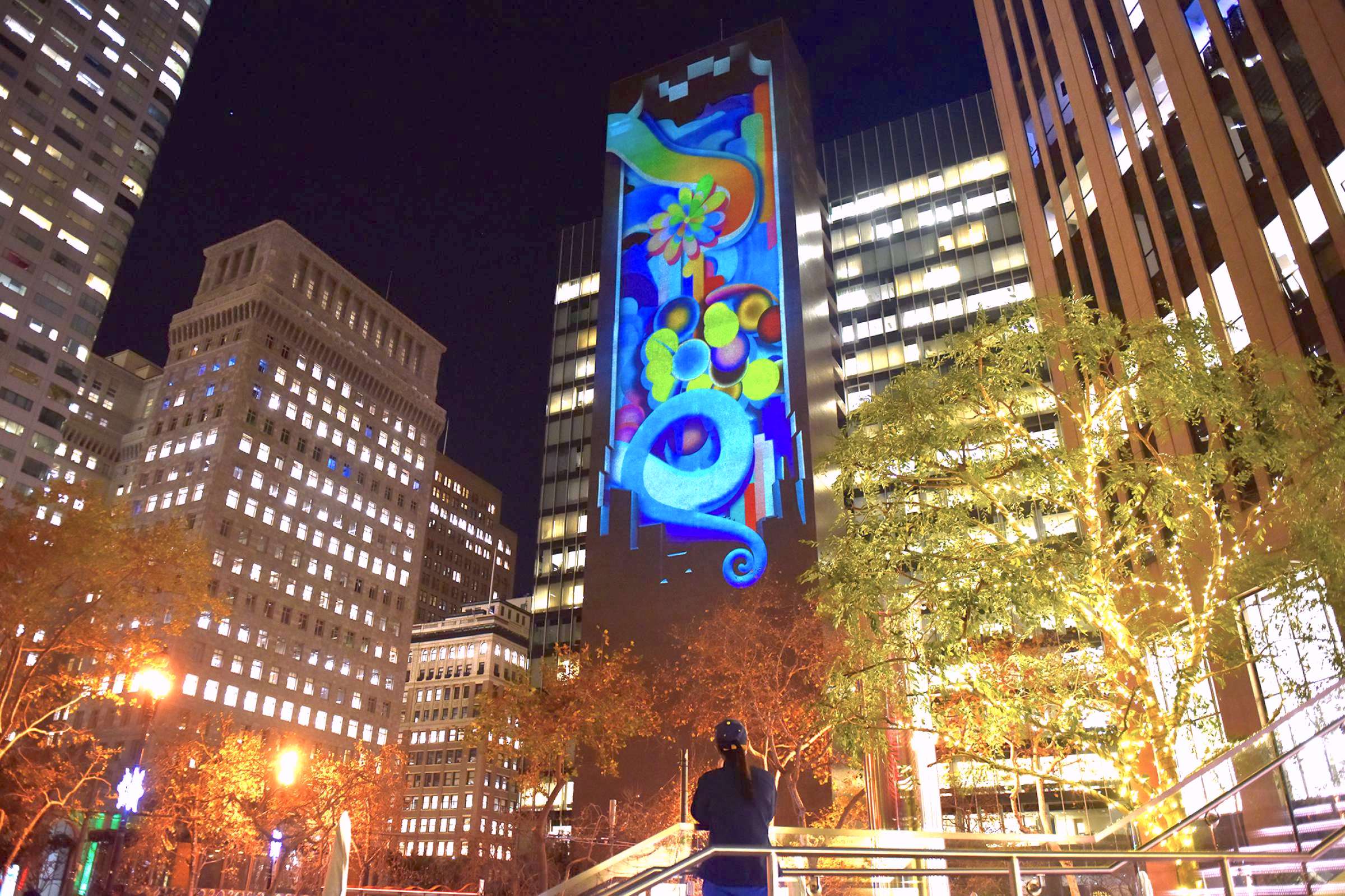 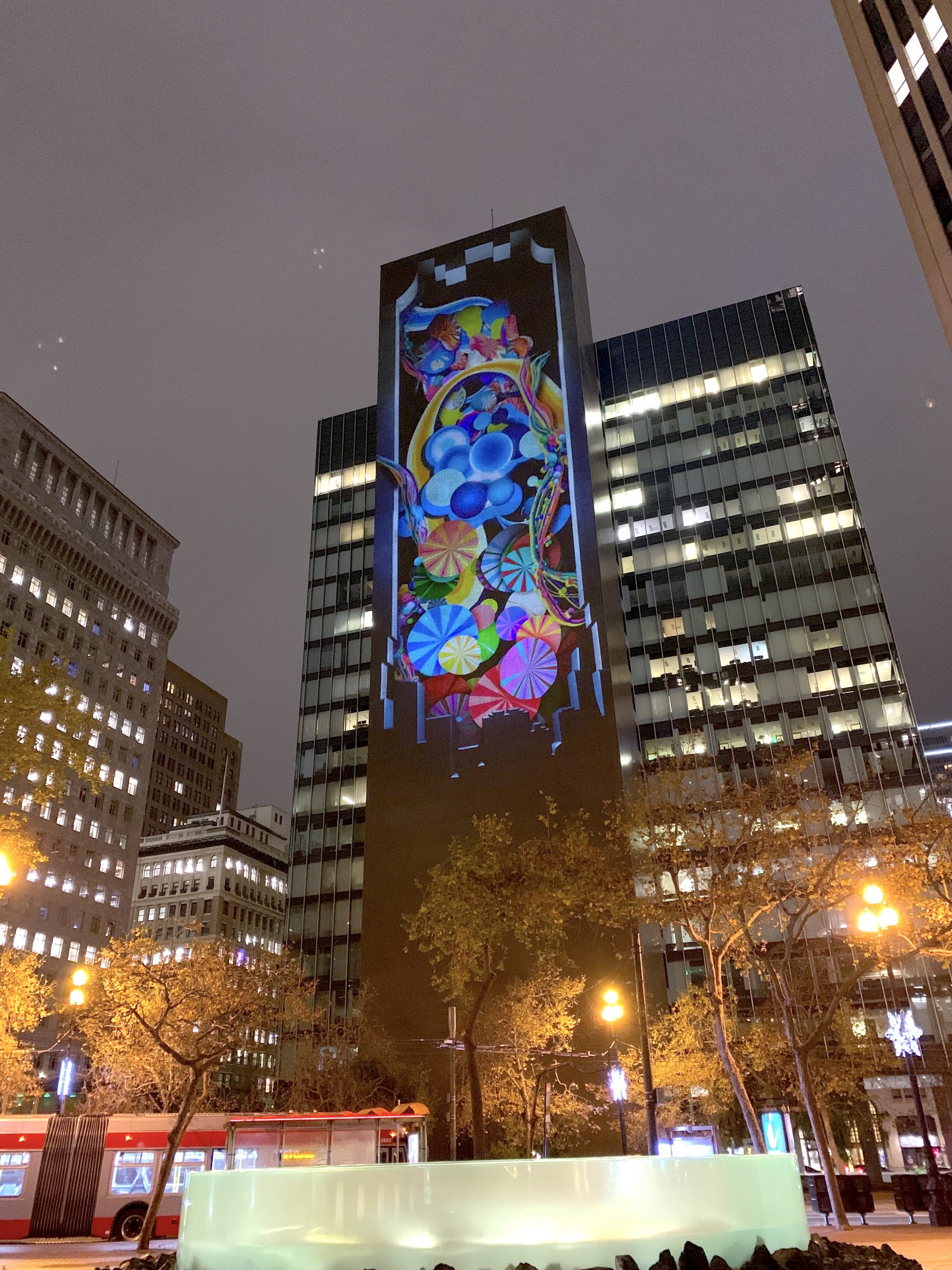 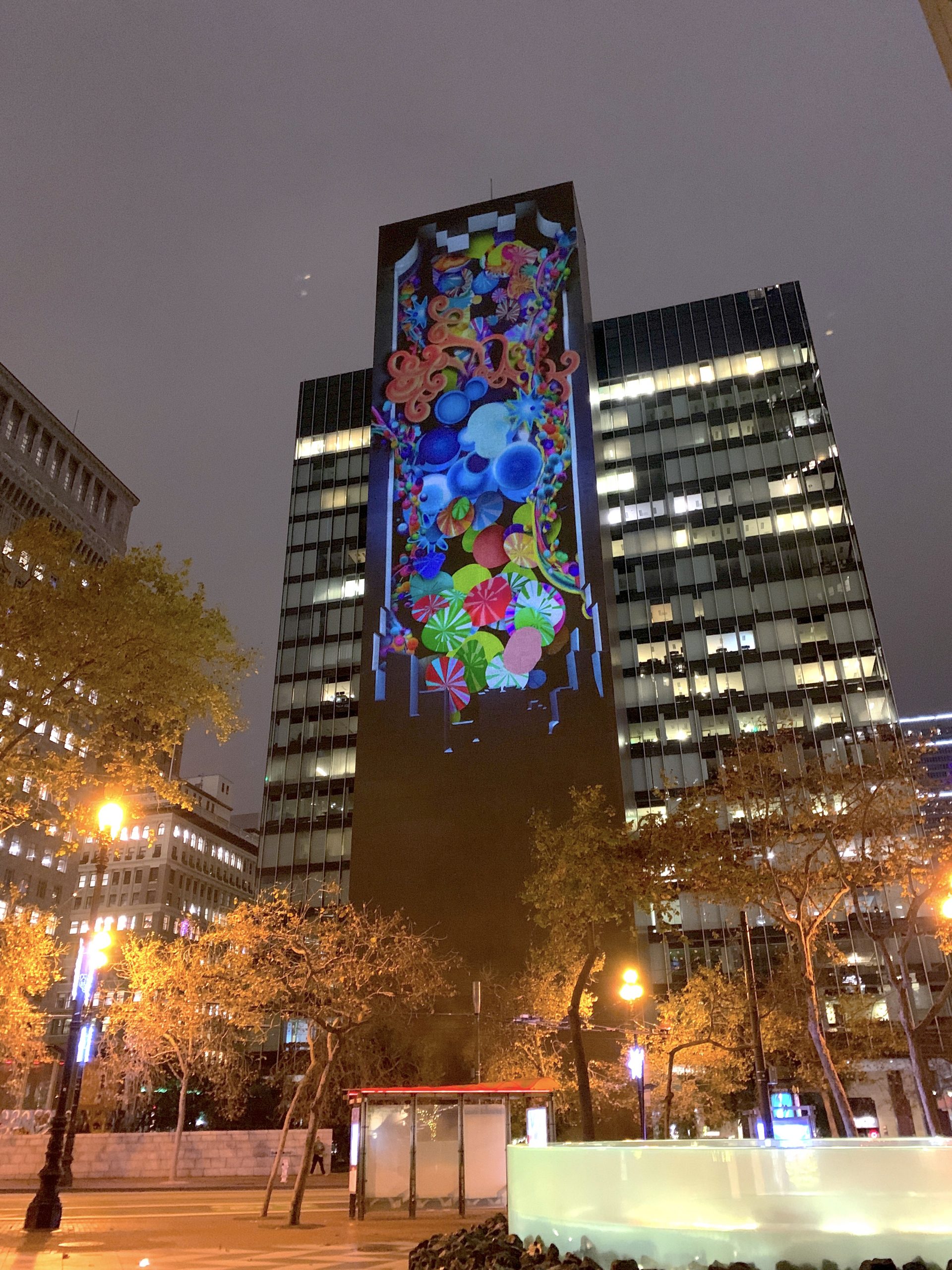 Client: Downtown SF and A3 Visual

HOLIDAY STAR is an animated projection mural commissioned for LET’S GLOW SF (Dec 3-12, 2021), which was billed as “the largest holiday projection map event in the U.S.”. The work was projected nightly on a building facade on Market St. in the heart of downtown San Francisco.

The work was commissioned as part of the LET'S GLOW SF projection map holiday festival, as part of a city-led effort to rejuvenate the pandemic-stricken downtown area and financial district of San Francisco.

The work was created by Sean Capone using a variety of digital animation techniques; the visuals were inspired by holiday light & ornament displays, the city's psychedelic street art scene, and the iconic architecture of San Francisco itself.