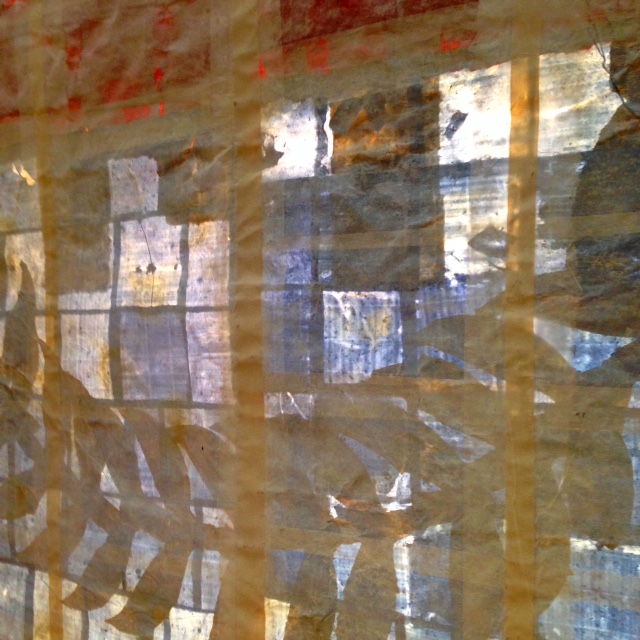 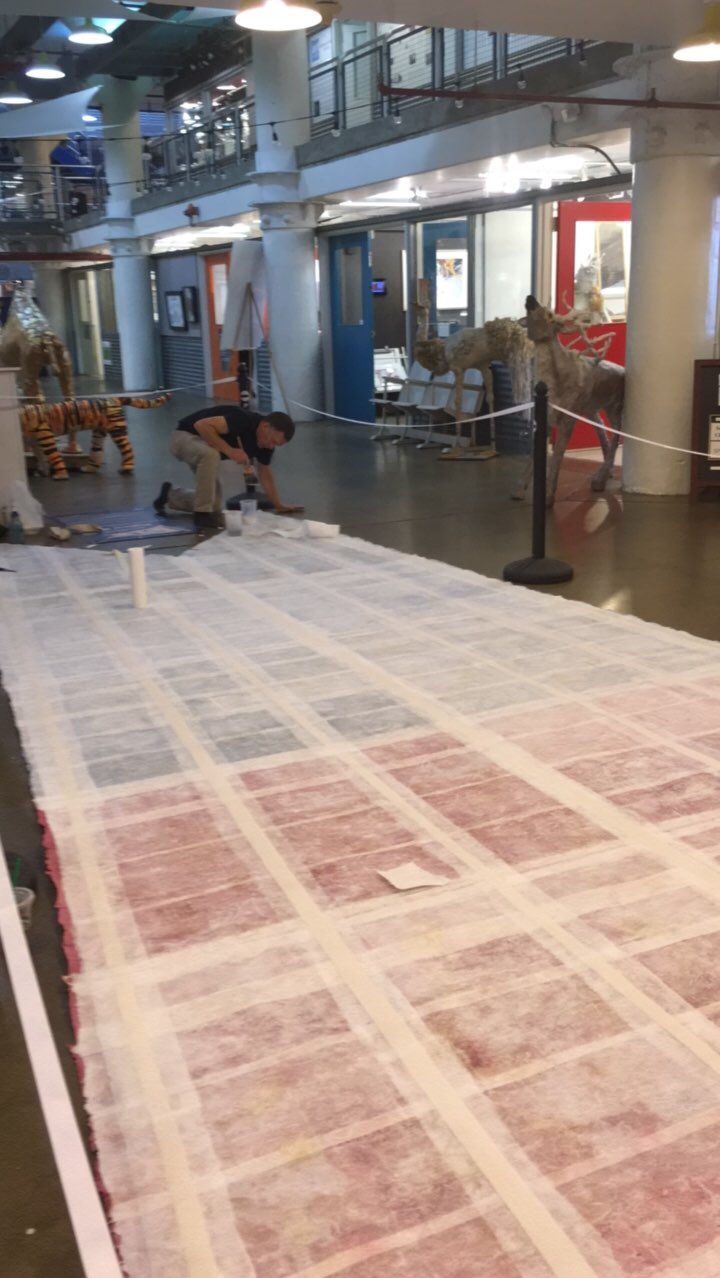 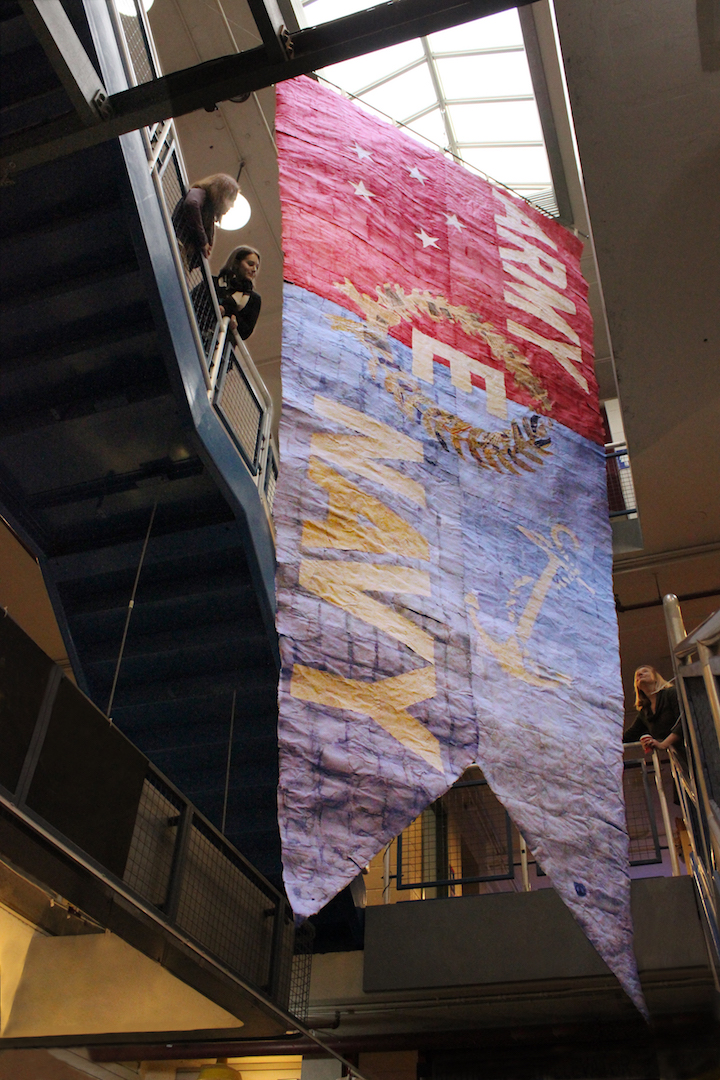 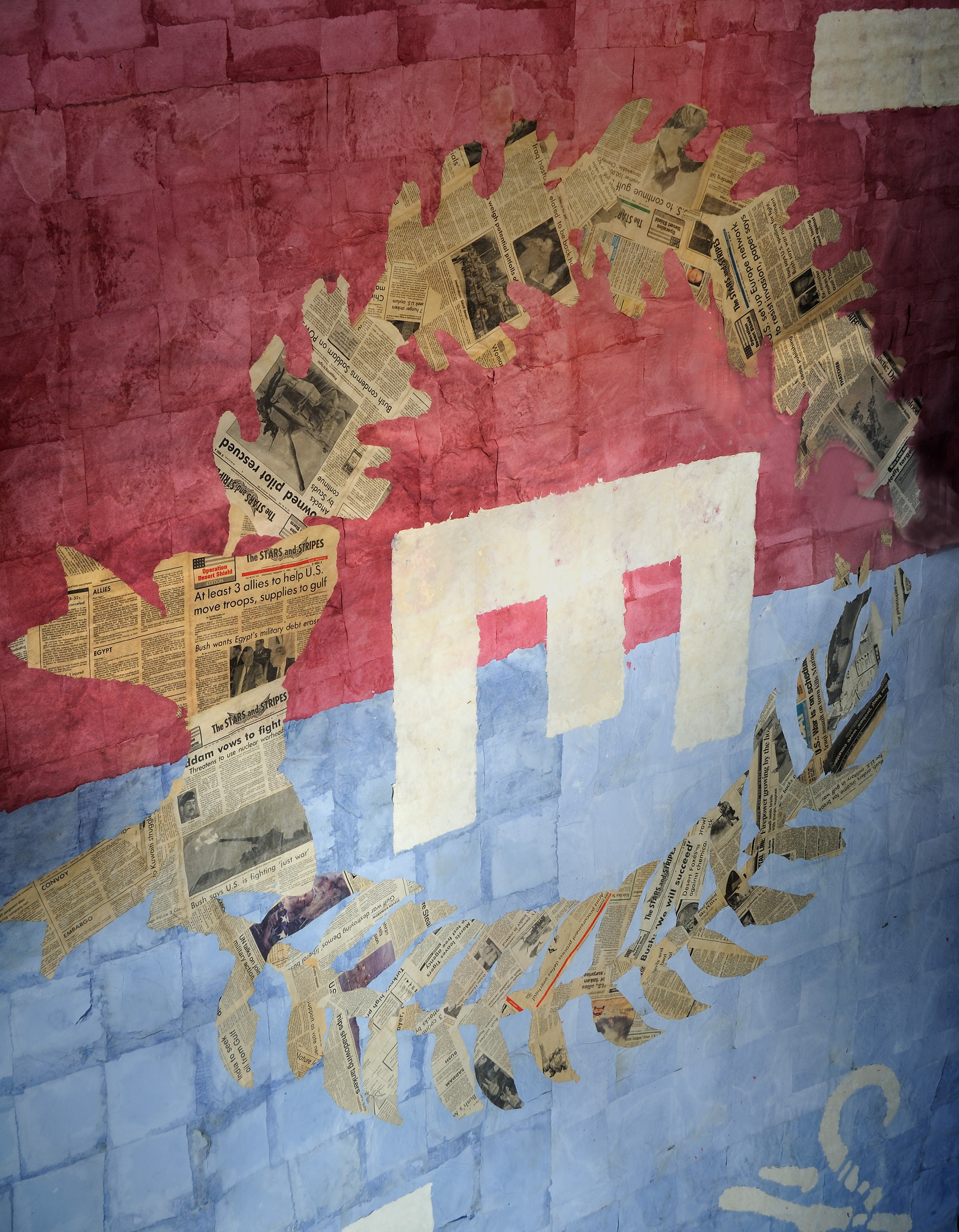 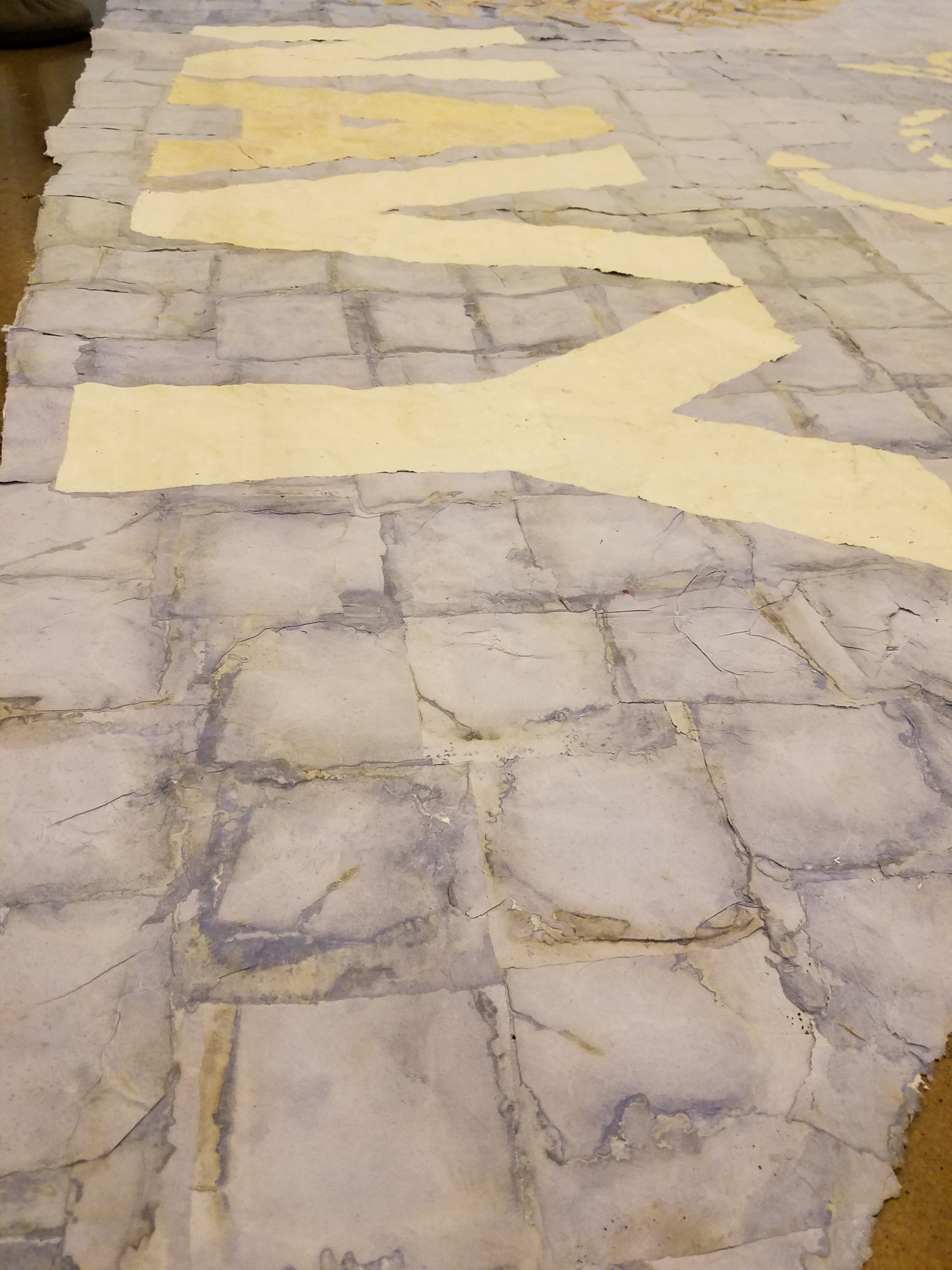 This 26-ft tall suspended artwork was inspired by by the history of the site, a former WWII torpedo factory that is now a thriving complex of art studios. I created an oversize version of the Army/Navy “E” award, a prestigious honor awarded to the factory's workers for excellence in military production. We created it using 3,000 sheets of handmade paper made from surplus military hospital scrubs, as well as newspapers from the Iraq War donated by injured veterans that helped build the piece

The goal was to create a large-scale artwork that engaged the public, activated the stairwell atrium, and connected the facility's history to its present day activities. With Japanese rice paper backing recycled U.S. military hospital scrubs, it came to symbolize the transformation of wartime enemies to strong allies, echoed by red and blue connecting to form a unified whole.

This project owes its success to the collaboration of the artist, the project's sponsor, a papermaker, and a group of injured veterans. The papermaker donated the hospital scrubs, equipment and time to teach the artist and vets the papermaking process. The vets were phenomenal to work with, and it was their idea to incorporate Stars and Stripes newspapers from the Iraq conflict into the project.

This commission began with an open invitation to create an artwork for a stairwell atrium. With an idea triggered by an historic display in the facility's lobby, it concluded with an emotional and moving opening ceremony on Veterans Day, 2016. It became a much larger and engaging project than anyone anticipated. It's a testimony of the power of collaboration, the power of art to bridge differences and heal unseen wounds, and the importance of connecting history to current events.