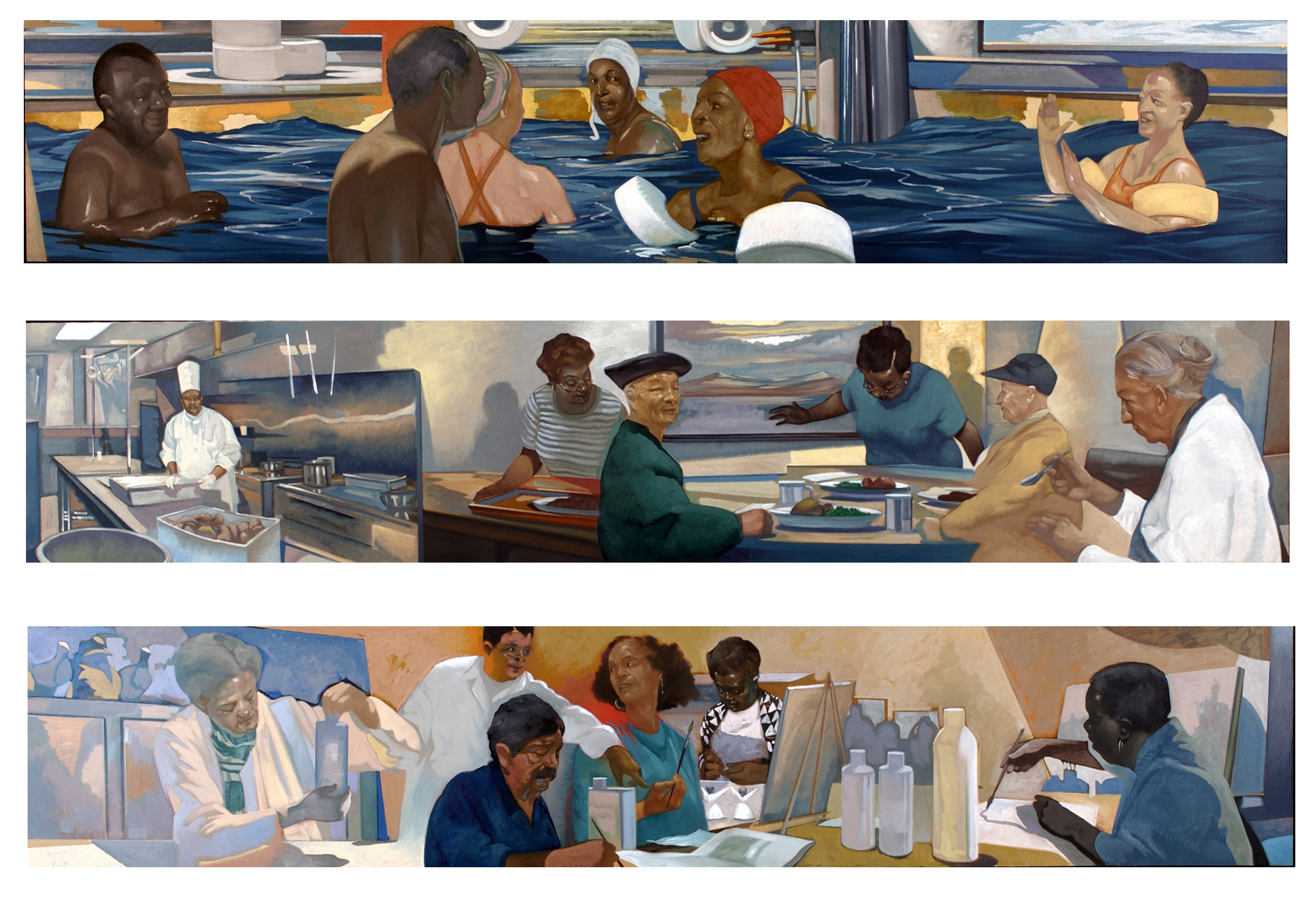 This is a mural on eight abutting canvases , each 30” in height with a total length of sixty feet. Since the installation is octagonal and difficult to photograph, I have chosen three twelve-foot panels to represent the entire piece. It occupies the entry and reception area of a Fulton County multipurpose senior center in the historic Martin Luther King Jr. Historic District of Atlanta. The canvases were installed for a test fit prior to deliver to my studio and commencement of the painting process, due to the complexity of the structure.

The building was under construction when I was given the commission. The architecture was not distinct or outspoken, so there was no style issue to contend with. The greatest challenge was the format, a painting that was extremely wide in relation to its height, and that was to represent active people that were typically vertical in their orientation.

The architects for this county project did not interact with me while I created the mural, nor did the Fulton County Arts Commission, beyond supporting me for the project. The most significant collaboration was with the clients of the center and their families, who were on the selection committee and who watched as the piece took shape. The Martin Luther King Jr. Historic District is in Atlanta’s Old Fourth Ward, whose residents are very proud of their history and protective of their district’s identity and character. I had to make sure that their values were not misrepresented. In addition, I wanted to express the vitality of the seniors who frequented the center, without sentimentality. When a busload of seniors from the center visited my studio to see the work in progress, they said with excitement, “You’ve got it: we’re old, not dead!”