Heart of the City - CODAworx 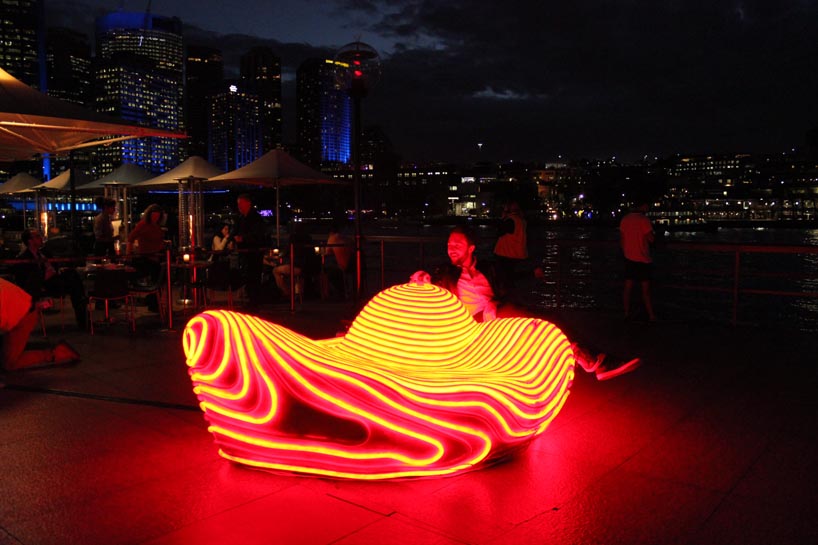 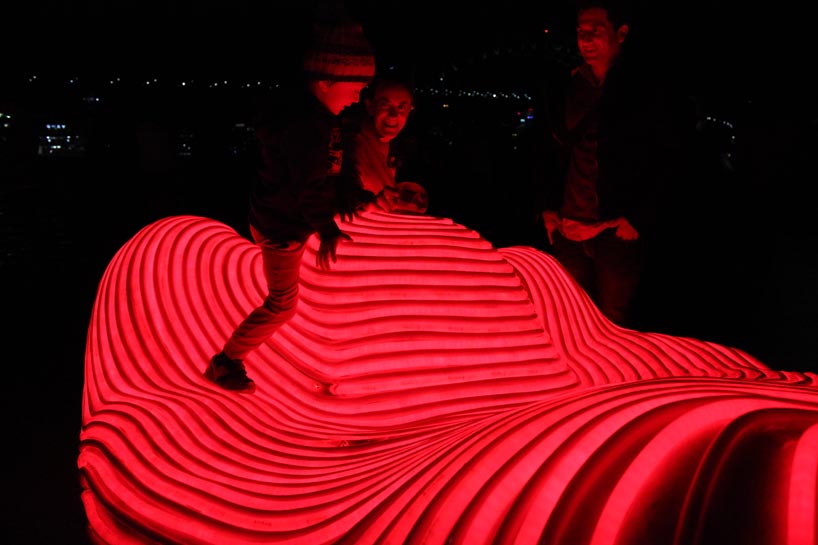 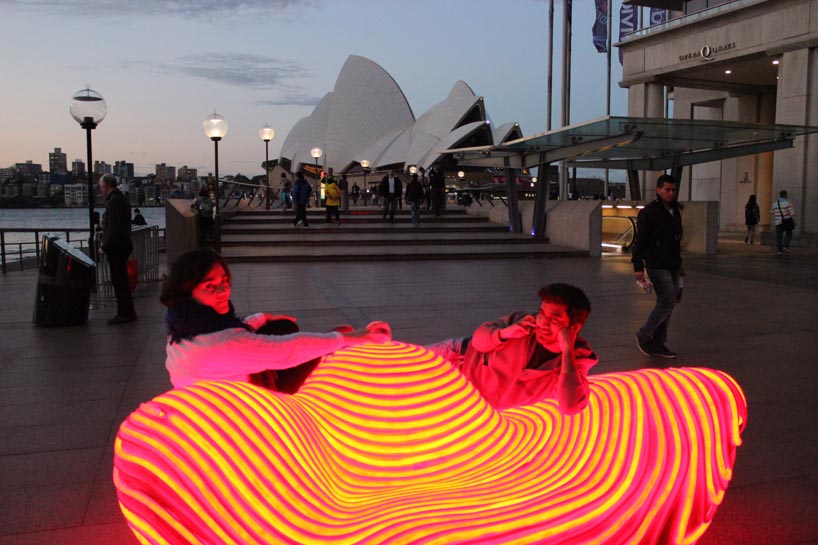 The Heart of the City is an interactive public art sculpture that pulses light according to people’s heartbeats. The sculpture invites several people to sit and interact with the work.

The piece aims to bring together the heartbeat of the citizens by creating a heart to the city where people are invited to hang out and experience an expansion of their own heart shared with others.

The shape of the sculpture comes from an original human heart model downloaded from the internet which was modified to get the desired shape for the interactive public furniture which was inspired by the human organ. The idea was to create an organic, cozy resemblance of a heart where several people could sit and feel comfortable in the sensitive light skin curvatures.

The interior structure was made by carving 3 blocks of Styrofoam using an electric chain saw and finishing with sand machines. When we got the desired organic shape we added several layers of fiberglass and resin in order to reinforce and protect the structure, which needed to carry hundreds of kilos from the led neon flex plus 6 people sitting on it. The sculpture is robust, waterproof and durable.

Heart of the City is a project by Anaisa Franco Studio. The team is composed by Aravinth Panchadcharam (programming), Tank Thunderbird (product design), Heloisa Franco and Annie McKinnon (assistants). The work was commissioned by VIVID SYDNEY 2015 and hosted by UTS Creativity and Cognition Studios in Sydney, Australia.