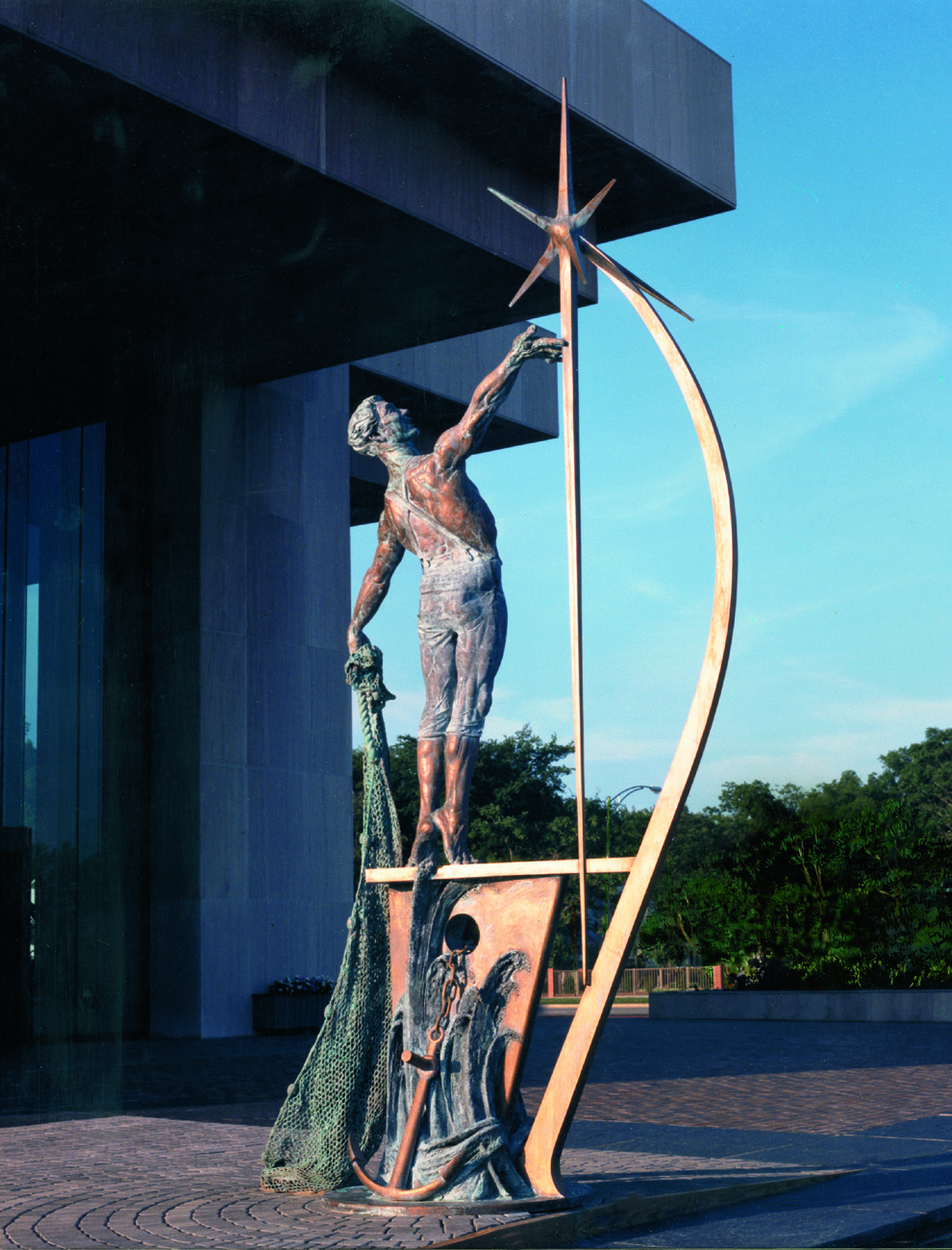 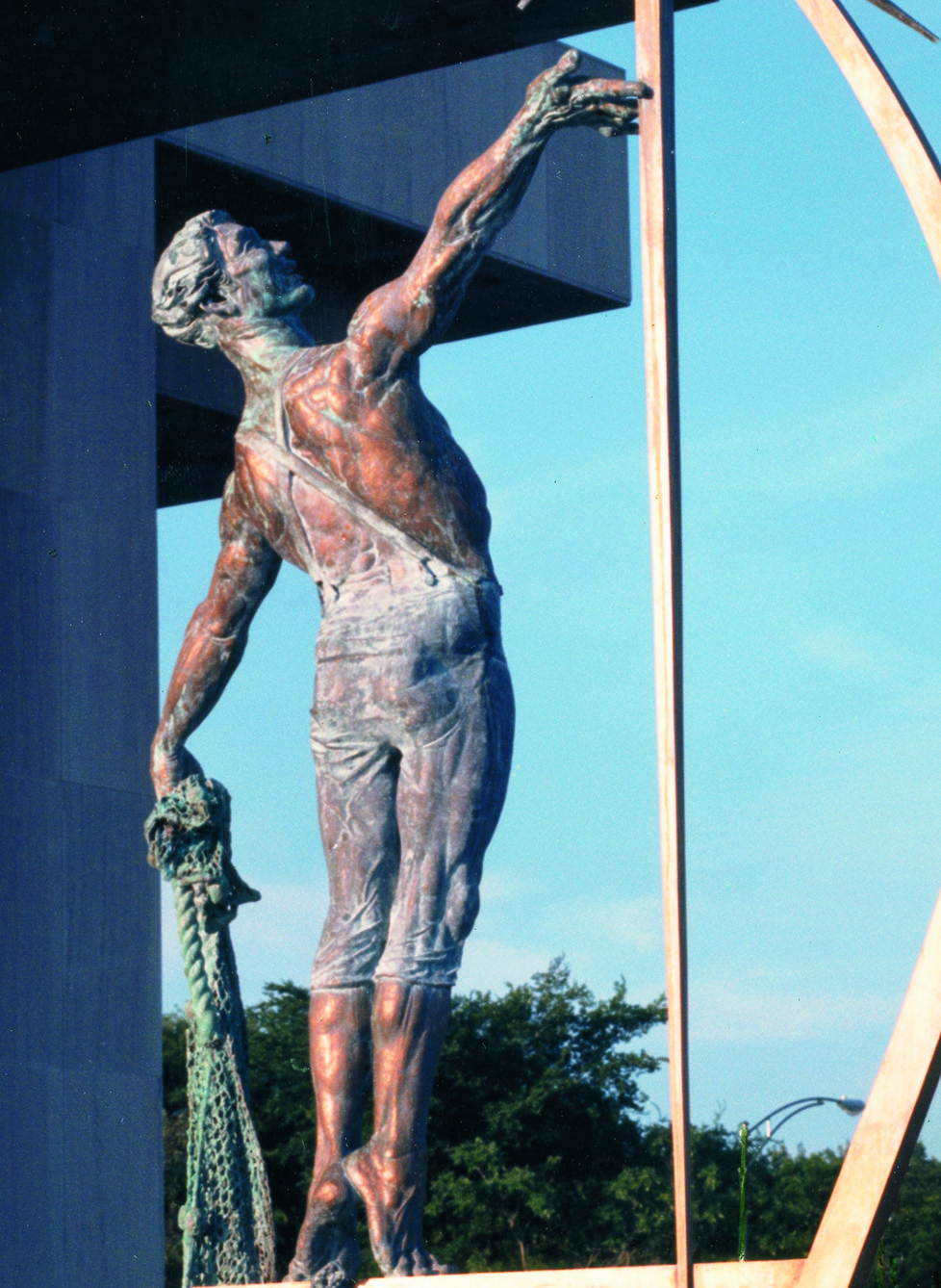 Healing is not just limited to an individual. This sculpture is about the healing of a city. “First from the Sea: First to the Stars,” a bronze 14' – 6″ tall, represents a rebirth of the City of Hampton, Virginia, which had suffered from both fire and storm. Created between 1985 and 87, this work was commissioned by the City of Hampton, Virginia, and is located at the entrance of the Hampton City Hall.

The sculpture was selected through a national competition, as explained by the Hampton committee, because in a single figure, the gesture combined an expression of Hampton’s dual industries – fishing and space technology. Representing the spirit of Hampton, holds a fishing net in his left hand and reaches for the stars with his right, as if rising up from the prow of a ship.

The committee was headed by Harrol A. Brauer who, along with his devoted wife, became intimately involved in the sculptural project. Once it was confirmed that I would be the artist, I took the work to Italy, where it was modeled in clay and cast in bronze at the Del Chiaro Foundry in a small town called Pietrasanta. Once completed, I had it shipped back to Hampton, and the town’s people, mayor, and state officials had a dedication and received it enthusiastically. The real integration of the project formed as much within us and between us. Mr. Brauer and I, through the course of realizing the sculpture, built a close bond of trust, and remained friends until the day he passed.