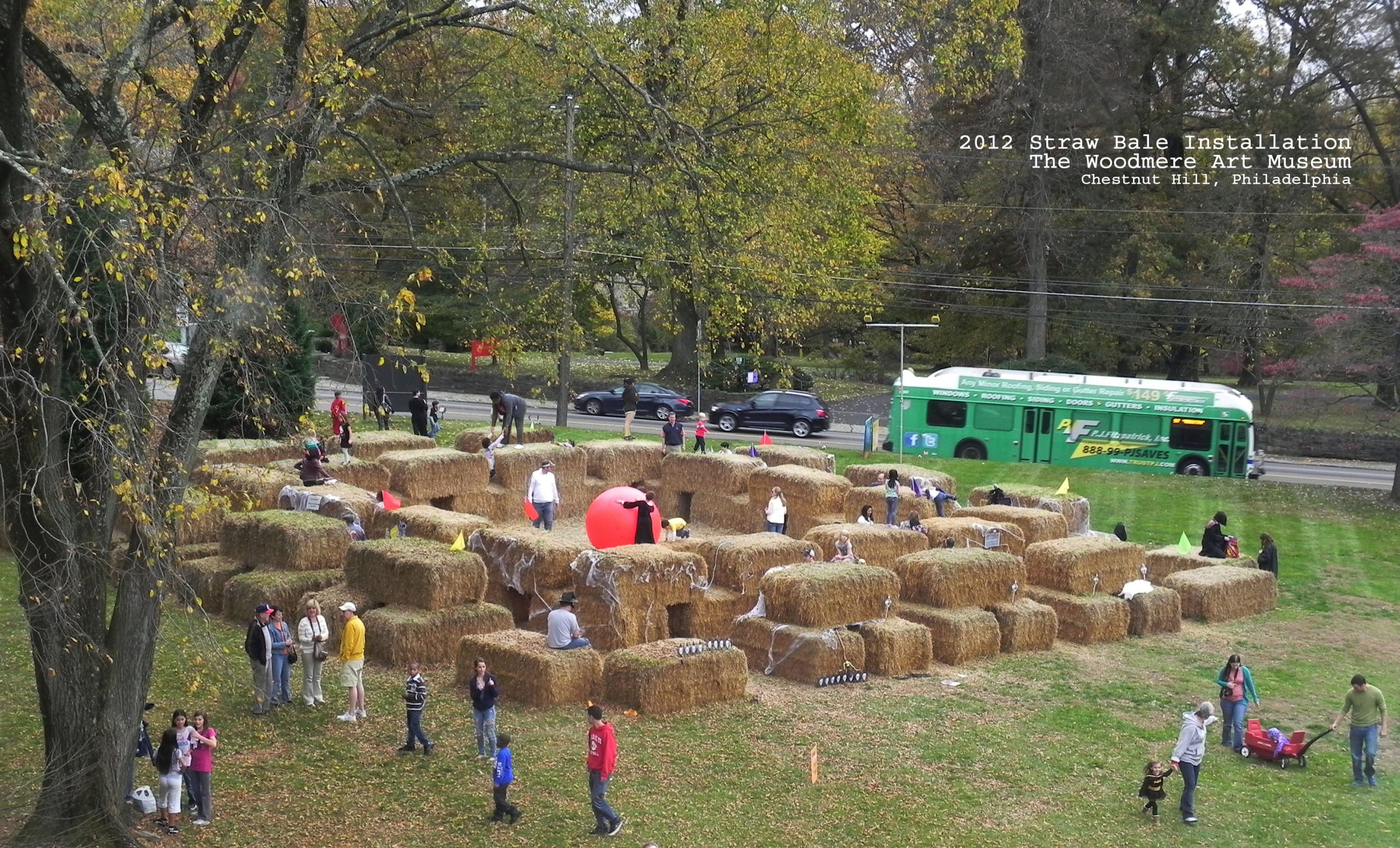 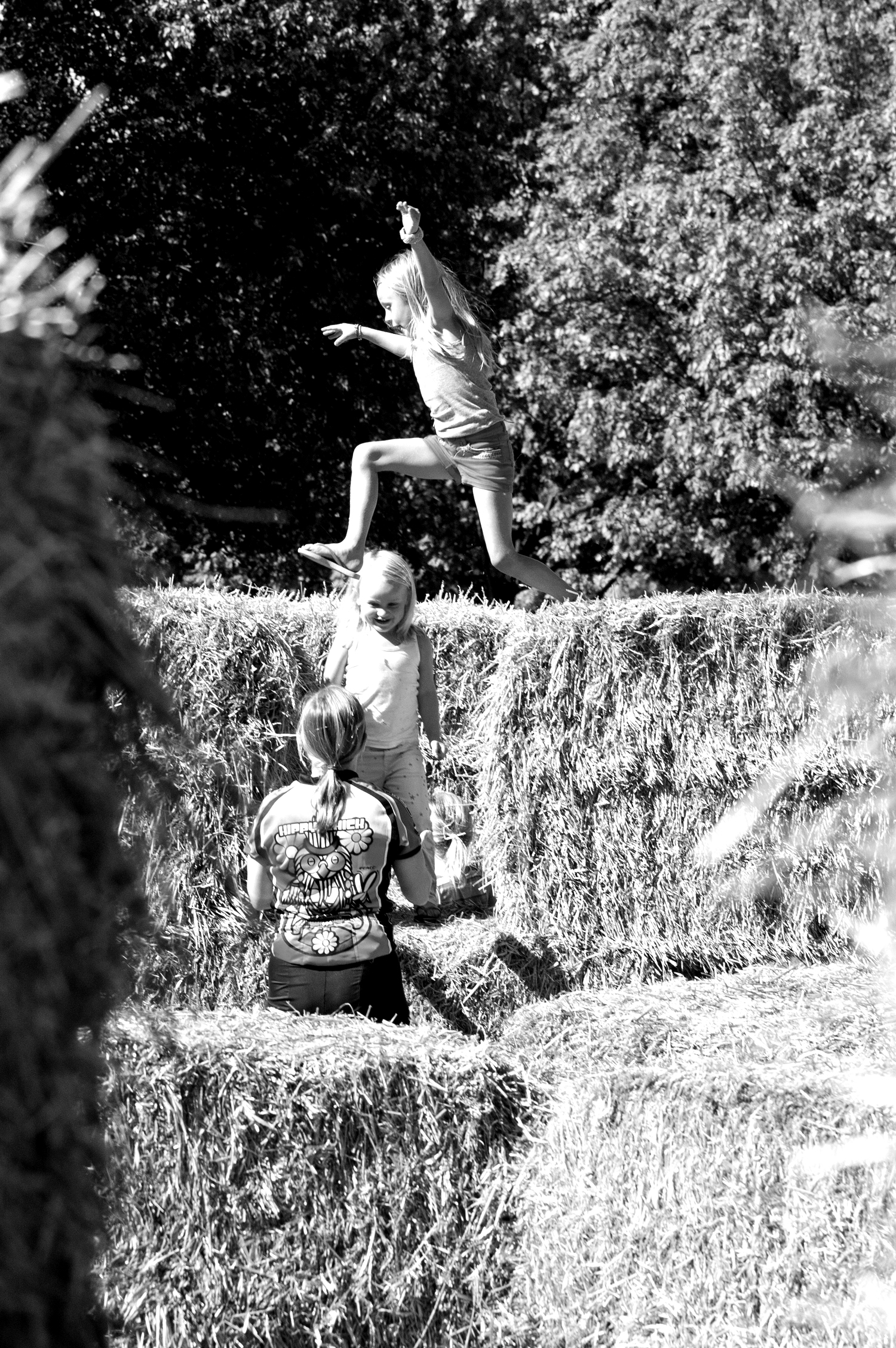 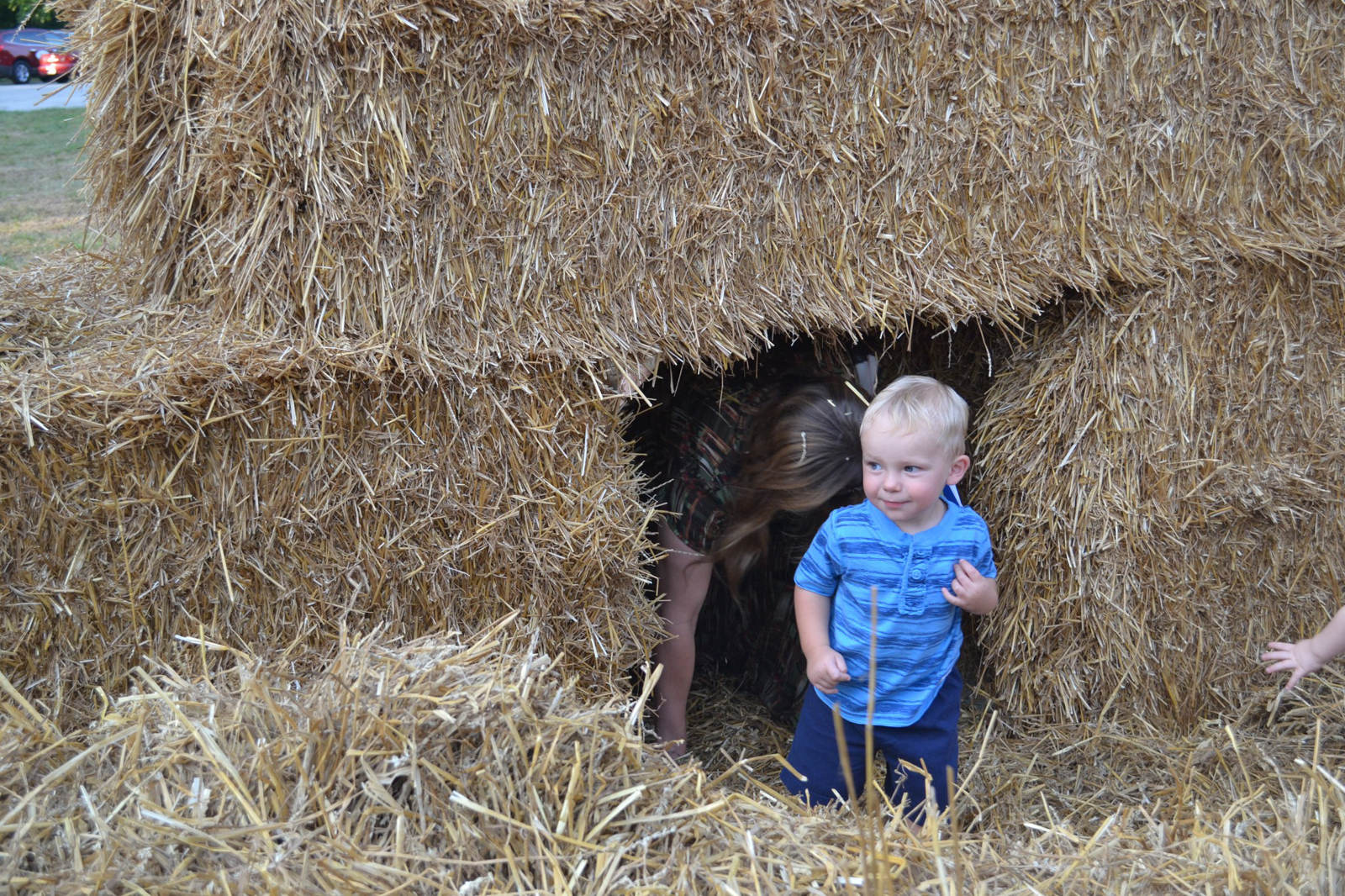 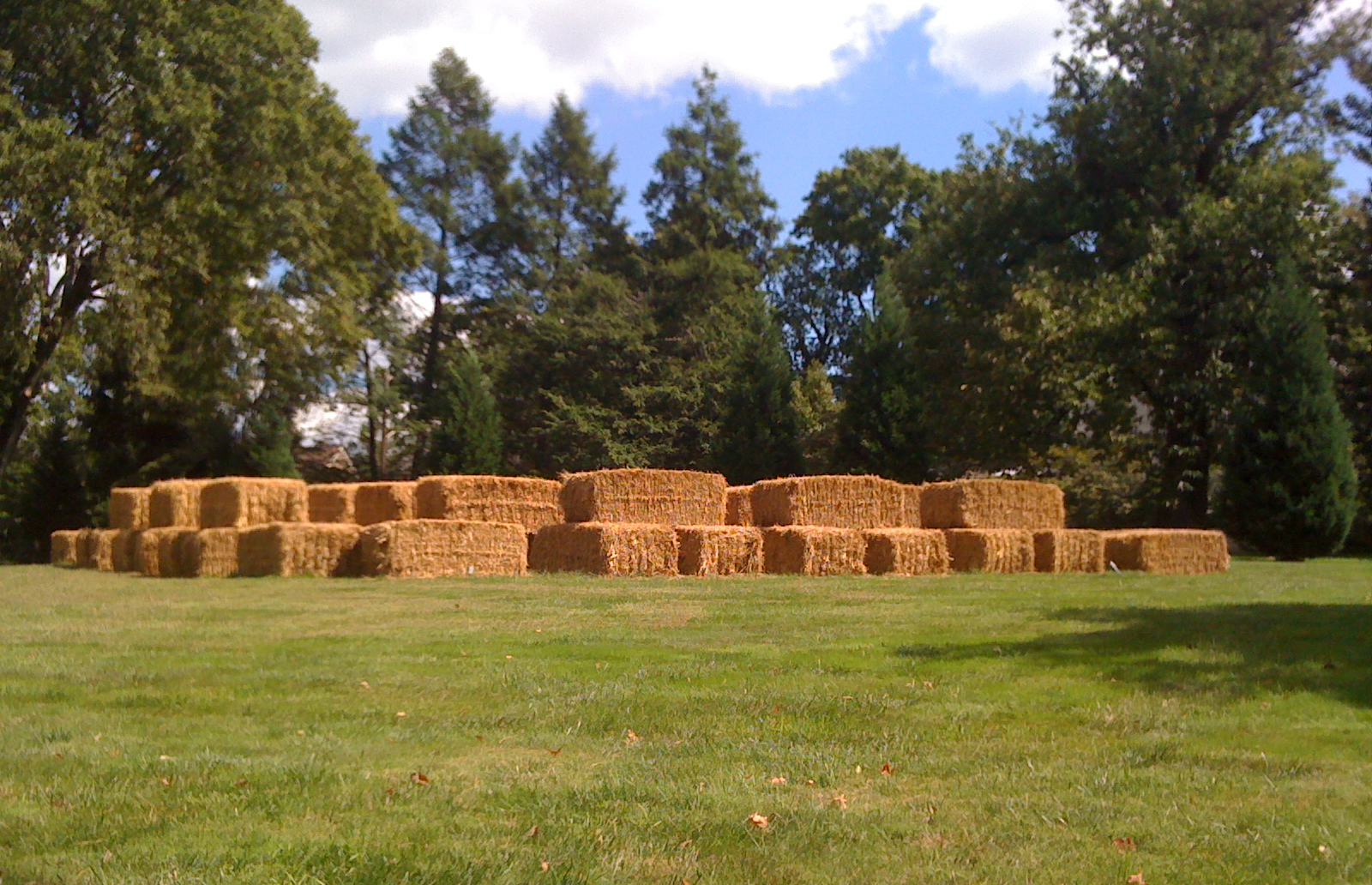 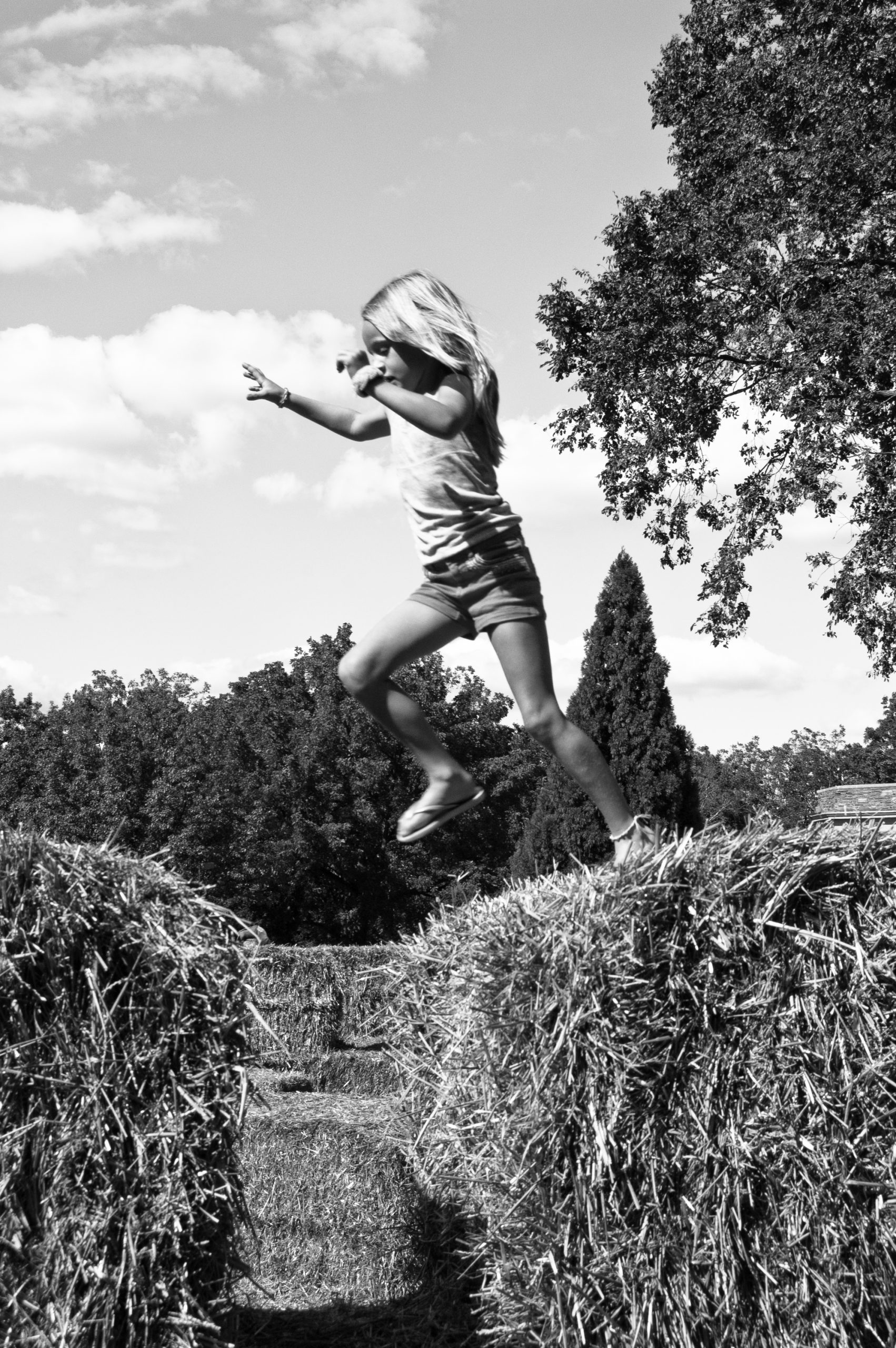 Woodmere Art Museum’s Autumn Bale Installation, aka. The Hay Maze is celebrating its third year and is quickly becoming a local tradition. For three consecutive years, the museum places about 20-40 tons of local farm products, hay and straw bales, on their front lawn to assist in local harvest celebrations. The community is invited to “play” amongst the hay/straw bales. The instillation coincides annually with Halloween and culminates with a local “Harry Potter” Festival.
The Installation is in place between mid-September to mid-November. Afterwards the bales are collected and repurposed locally as mulch for mushroom soil, therefore minimizing waste.

In years past, the “Witch’s Boot” and ‘Owlseye” (Owl's eye) utilized traditional sized bales as maze building material. However, last year's installation was greeted by The 2011 Atlantic Hurricane Season. Hurricanes Irene and Katia added thirteen inches of rain within its first week of completion. The rain coupled with a grade slope varying from 1:15 to 1:24 made a ruin of the installation before opening to the public in mid September 2011. Surprisingly, the weather did not deter attendance, and Owleye, while a shadow of her intended form, successfully entertained patrons and guests. The criteria that informed the 2012 installation was as follows:
Use more mass. While the space between objects was important, the stability of the actual object/wall was equally as important. Visitors enjoyed climbing on objects as much as moving between objects.
Locate installation on the least sloping areas of the site. The property has significant slope, thus limiting suitable areas in which to stack bales.
Evoke an urban setting. The Museum desired to coincide the installation with the festival, thus naming it “Diagon Alley”.
Create a holding pen for a six-foot diameter centerpiece ball, the symbolic resident of the installation.

The process of design is initiated with a simple dialog, which is followed by a series of workshops between Peter and the museum staff. Ideas are exchanged, studies are prepared, critiqued and thus discussions regarding the design direction are initiated. In addition to design, budget and schedule; safety is an important concern. It’s a very transparent process.