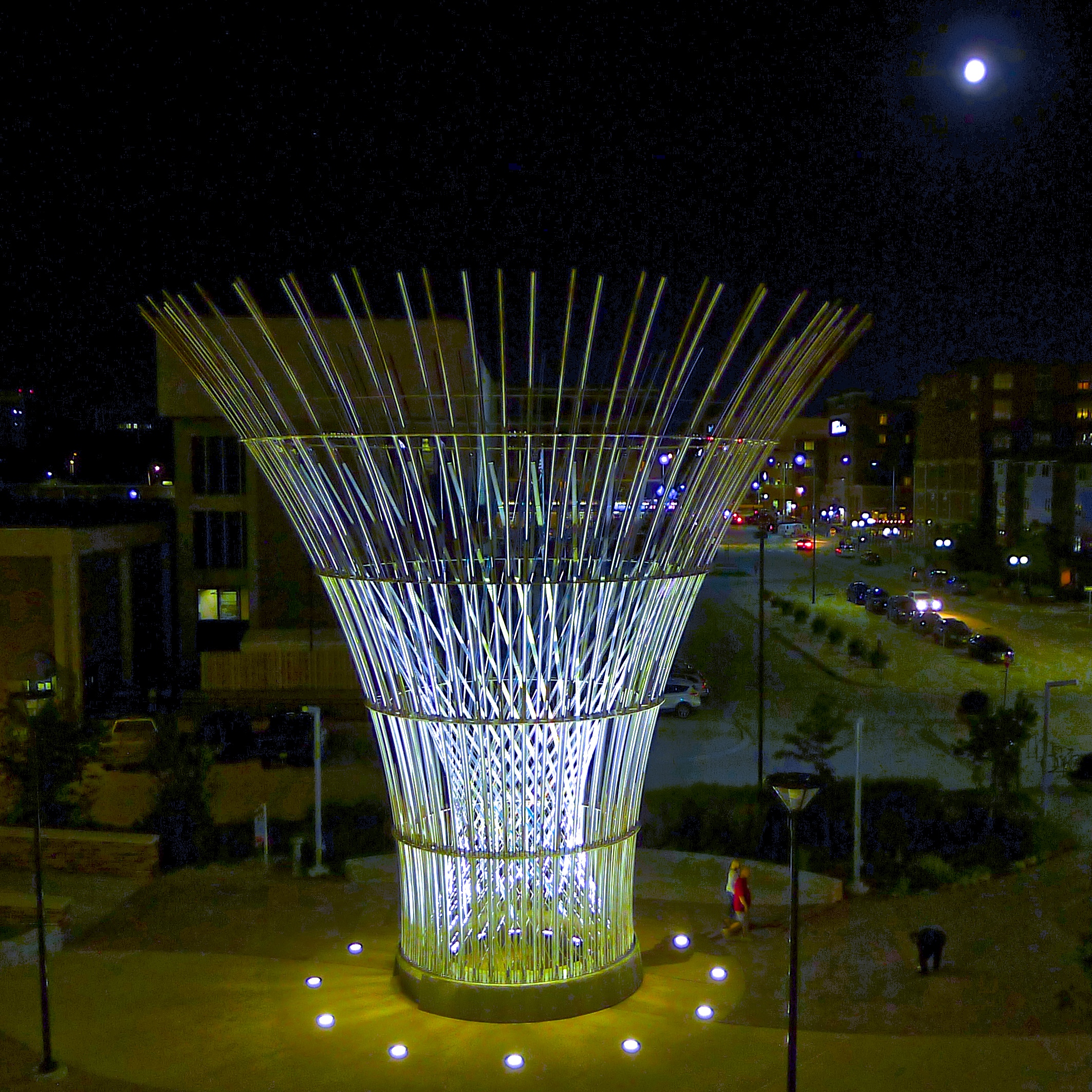 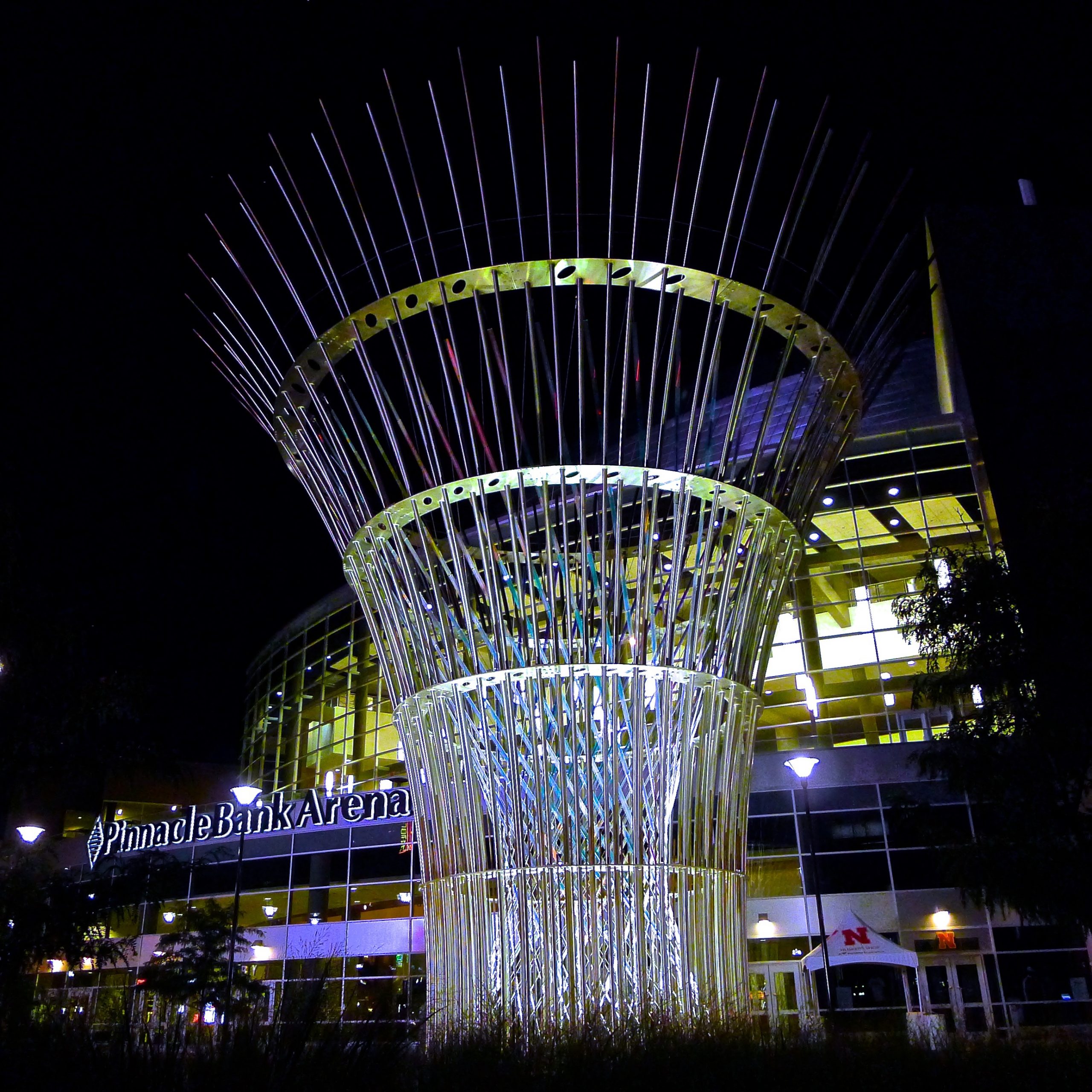 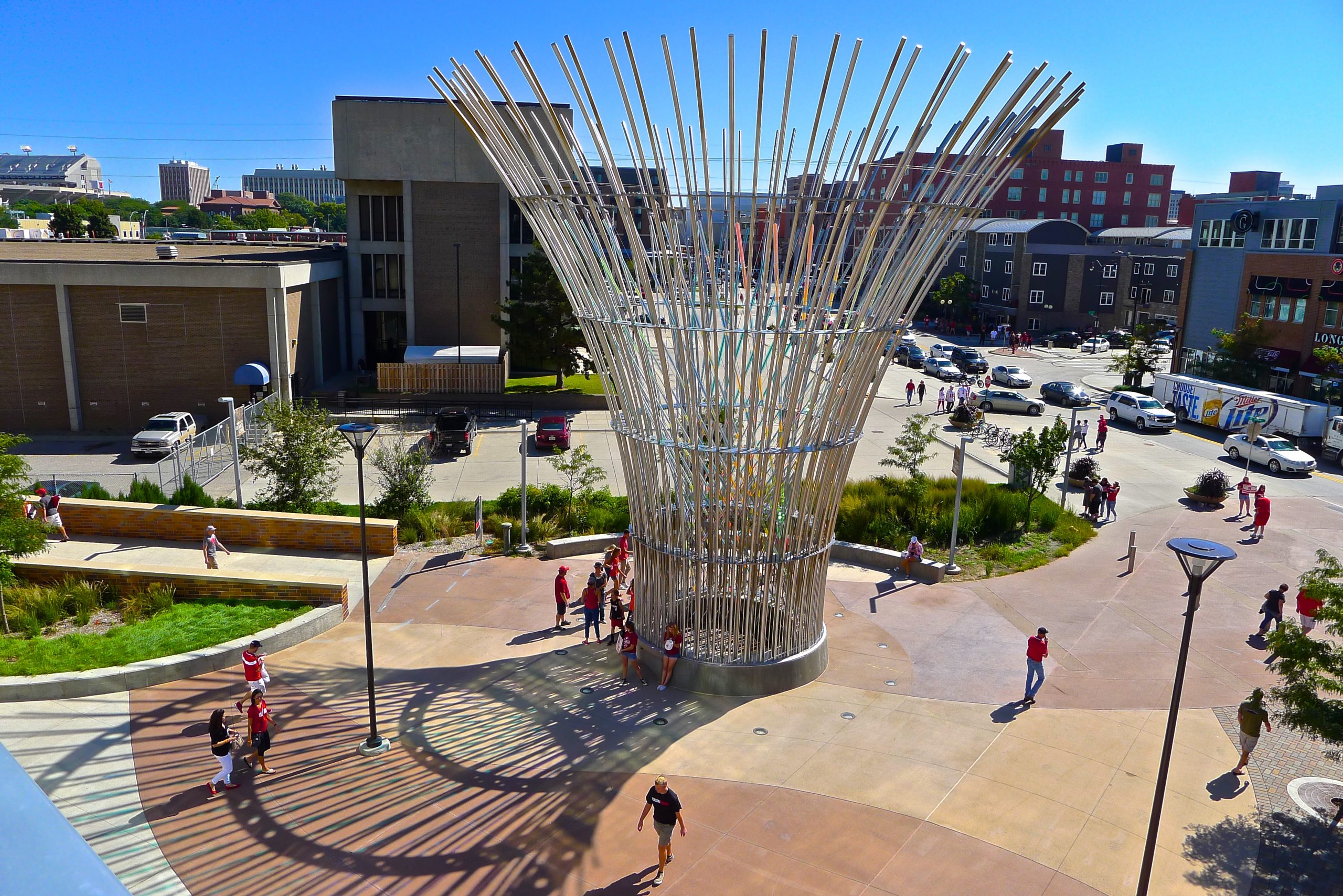 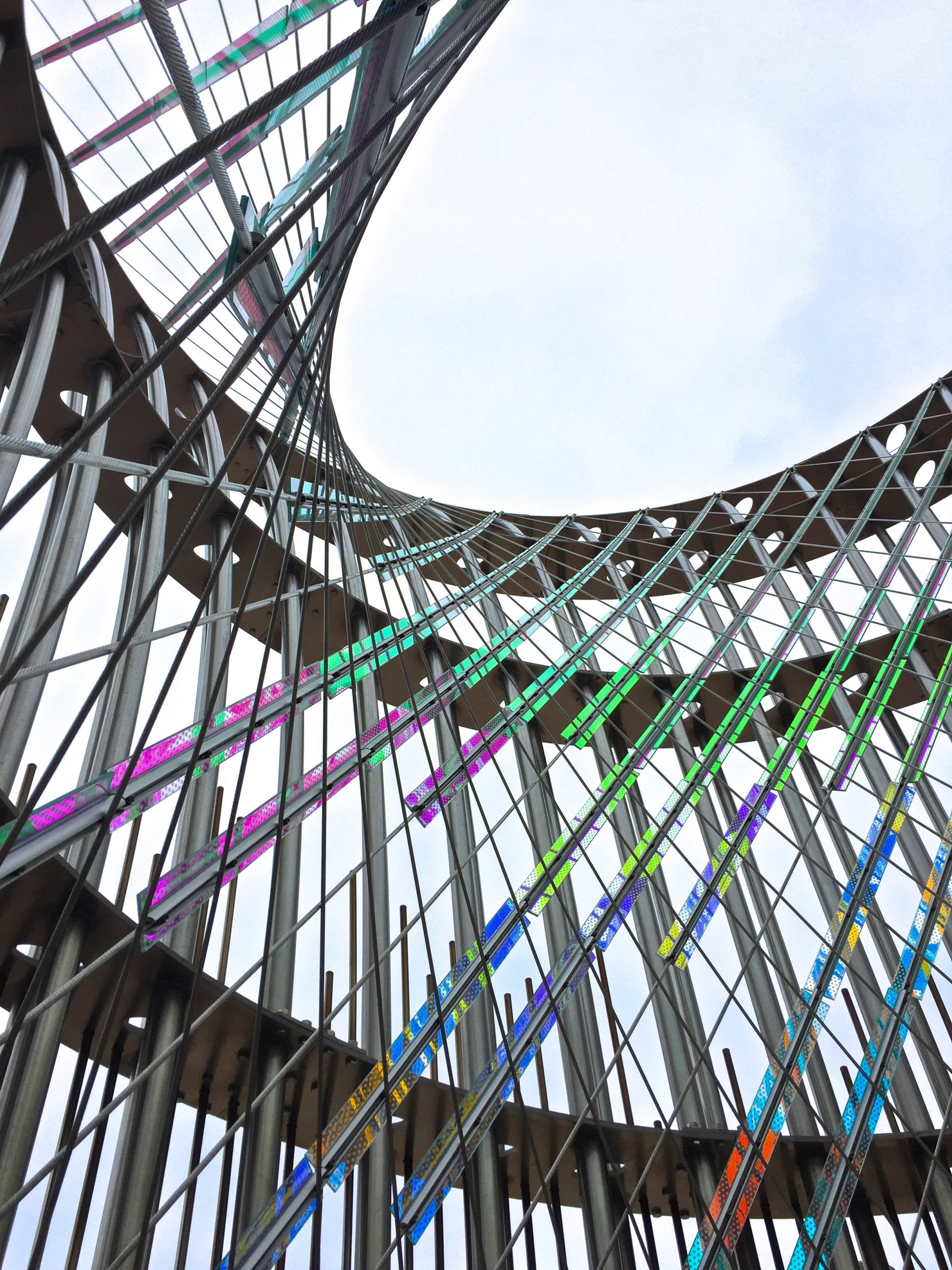 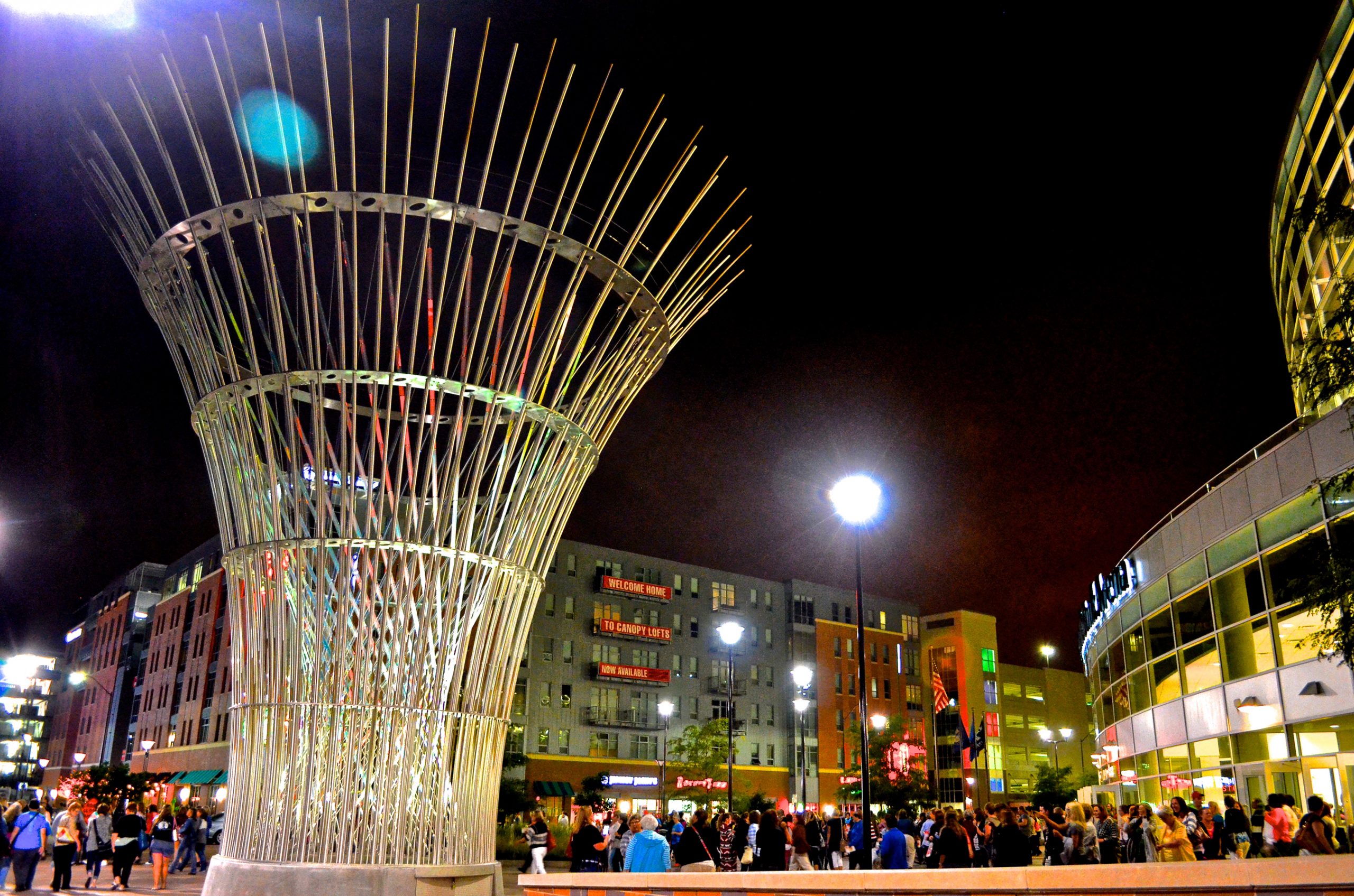 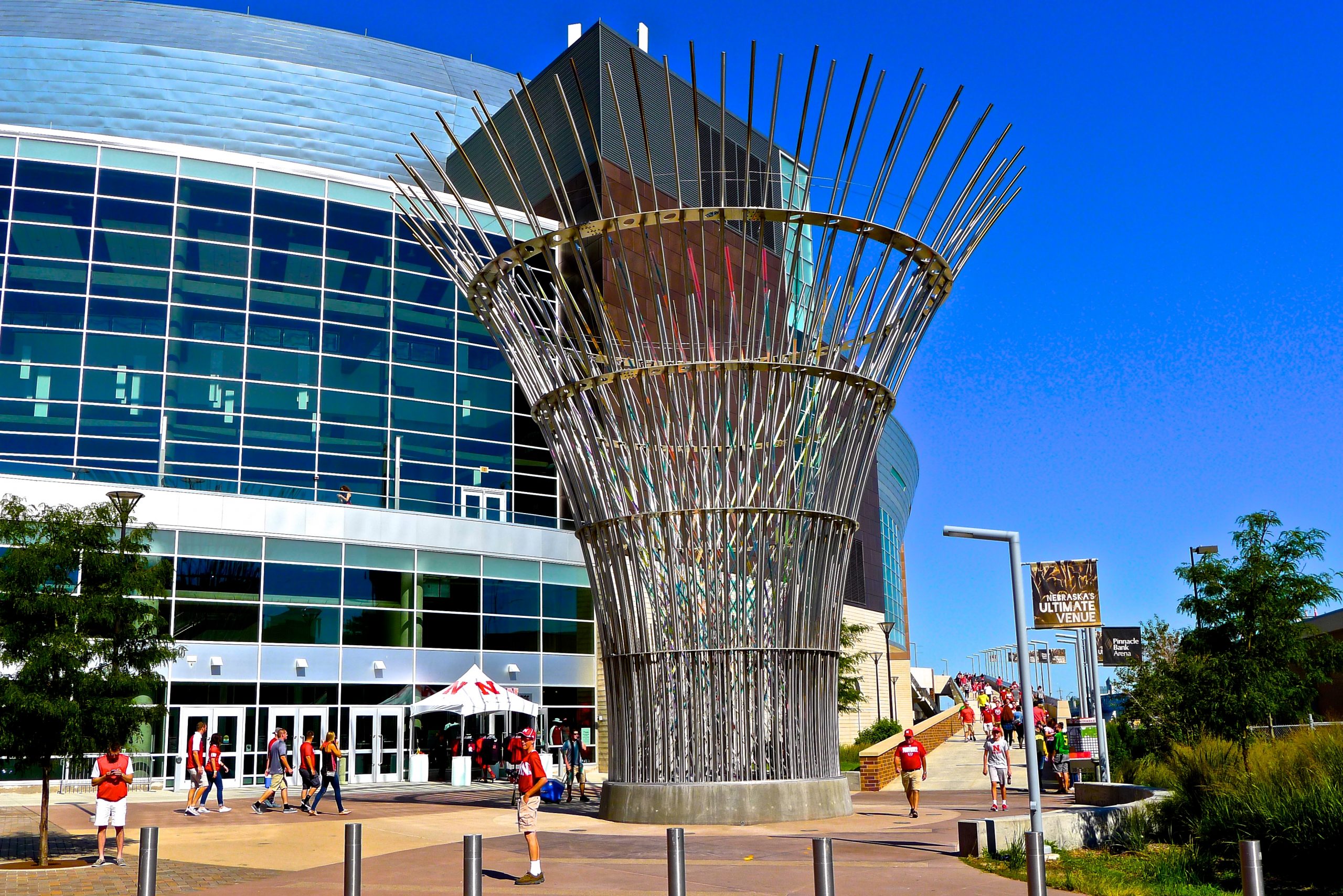 The City of Lincoln NE sought a landmark sculpture to complement the Pinnacle Bank Arena then under construction in the revitalized Haymarket District. Carpenter won the commission based on a design submitted in 2012, but, because of funding delays, the project was not completed until 2016. Carpenter’s challenge was creating a piece big enough to hold its own alongside the 16,000 seat arena, while not blocking views along adjacent streets toward the Arena. His solution was a 45’ tall partially transparent structure that has a bold luminous presence on the center axis of Canopy Street and is fully visible on the cross axis as well, while preserving views of the Arena. The curving forms of the sculpture complement those of the Arena and may also suggest a sheaf of wheat, a fountain, or the supports of the preserved train canopies along Canopy street.

The creation of “Harvest” involved collaboration with the project architects, landscape architects, officials in the Mayor’s office, the City’s project manager, a steel fabricator in Omaha, a general contractor in Lincoln, and a host of local subcontractors. Placement of the sculpture in relation to the Arena and integration with the already completed plaza paving and seating were major concerns. Various locations were studied through 3-D modeling prior to settling on the final location.

Fifty five thousand pounds of polished stainless steel were used in the fabrication of “Harvest”, along with 420 panels of laminated glass and 80 stainless steel cables structurally linking the sculpture from top to bottom.