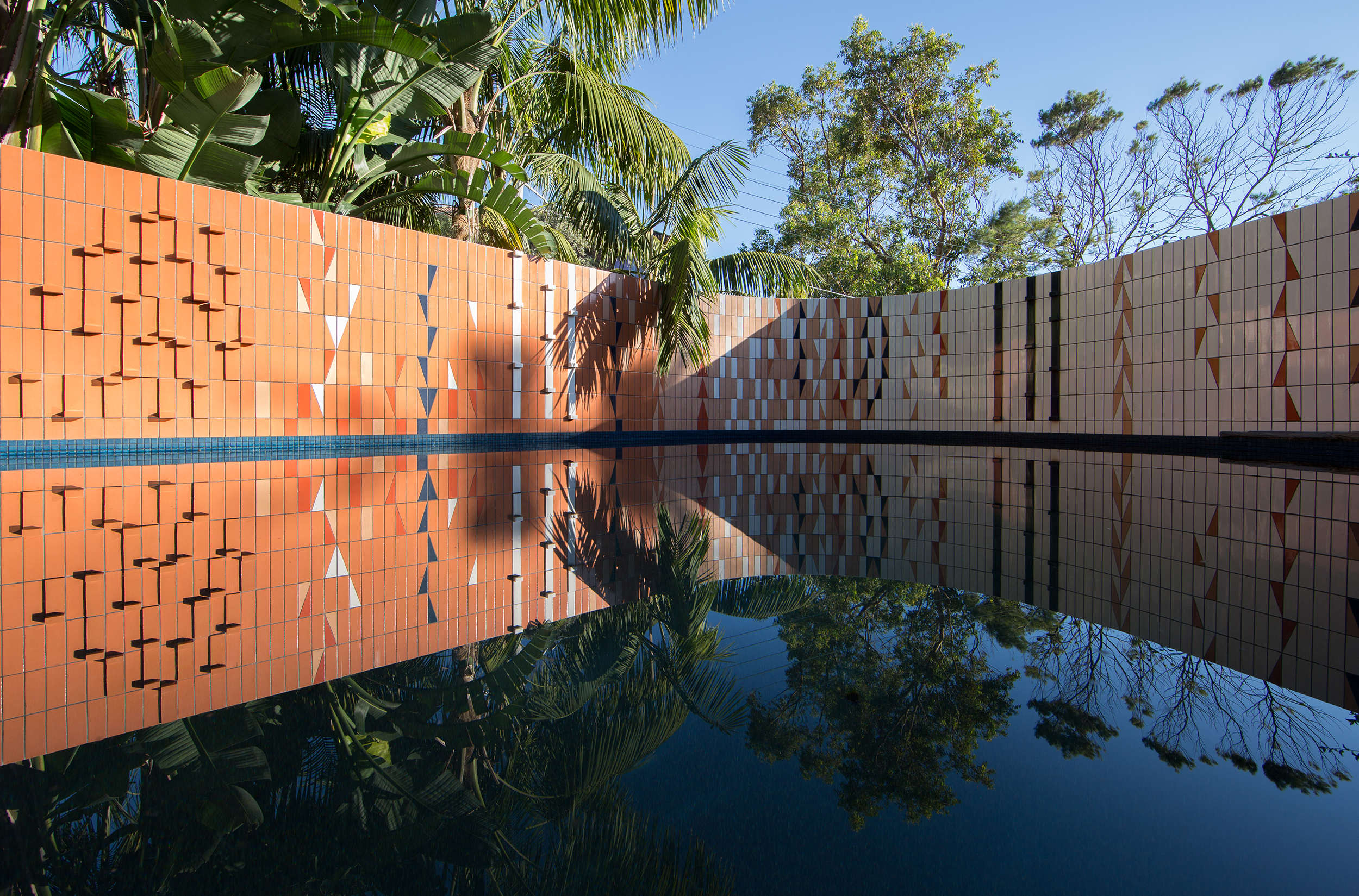 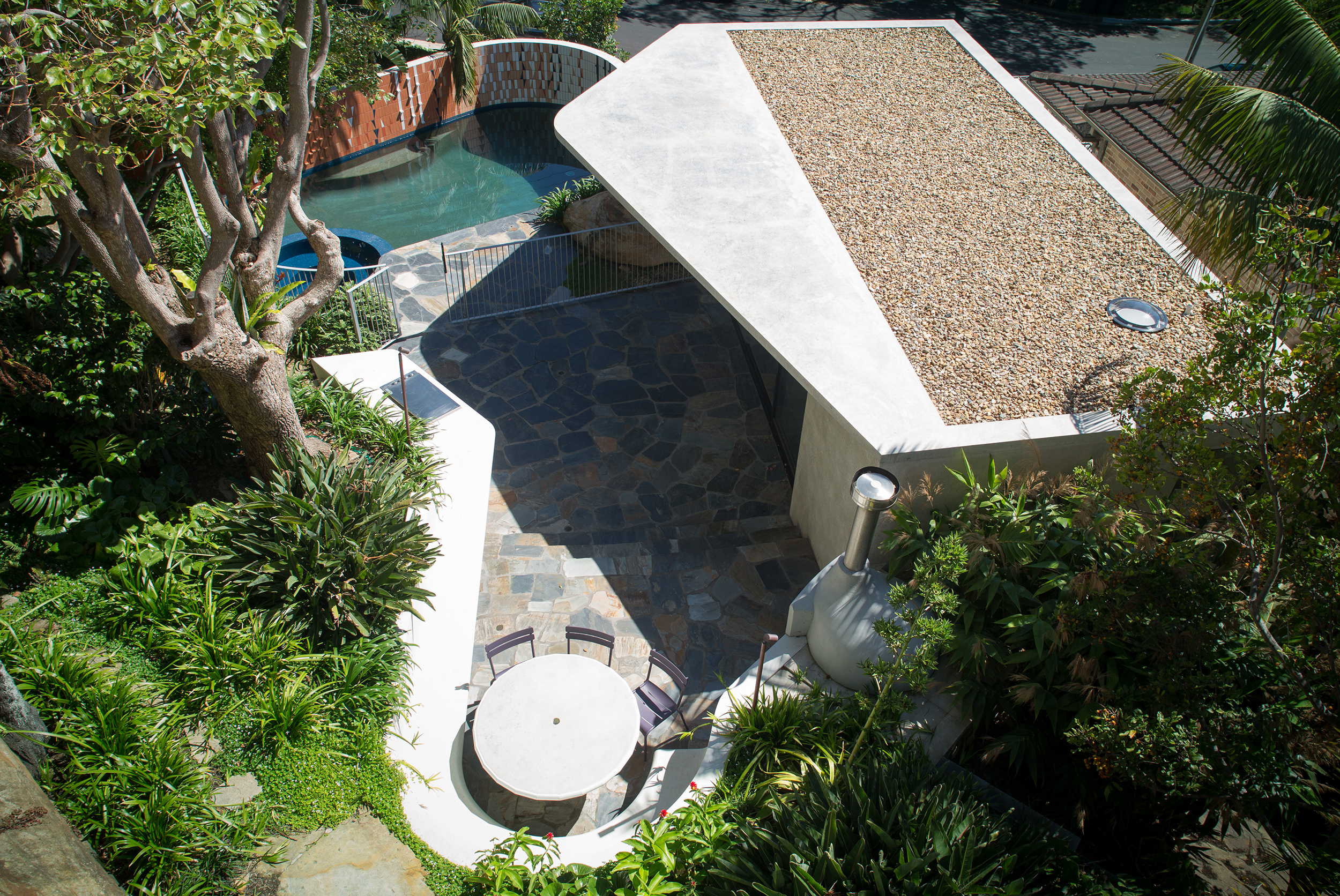 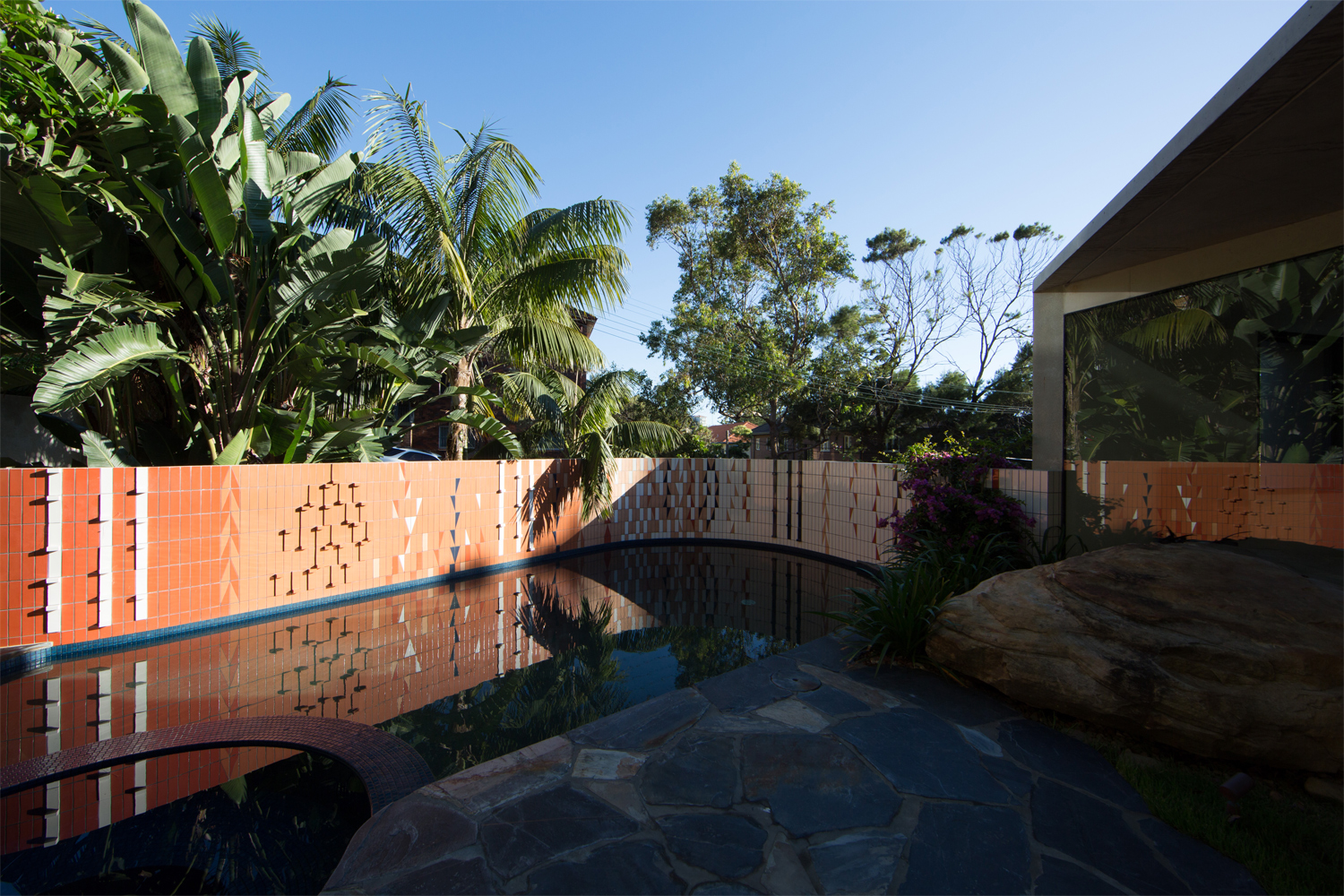 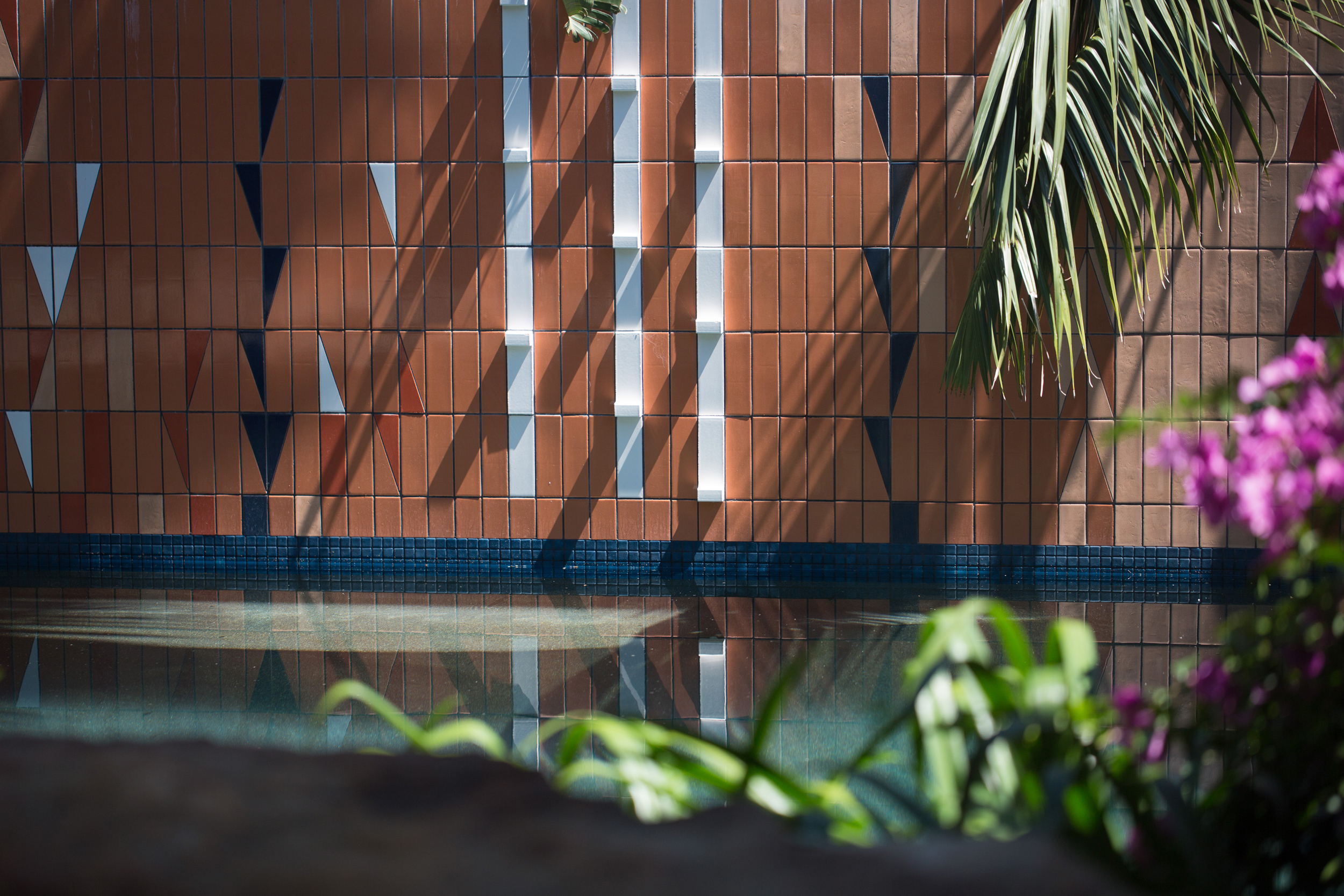 Neeson Murcutt Architects invited Lymesmith to design a 15m long ceramic mural for the swimming pool and garden of a private residence. The house, an off-form concrete structure, rising above large sandstone outcrops and lush garden was simultaneously raw and refined, demonstrating robust materiality and revelling in the physicality of its site. During the construction of the house, the client realised that the curved concrete wall framing the swimming pool would benefit from a commissioned artwork. Lymesmith was engaged when the project was already well advanced.

Site specificity is at the heart of all Lymesmith projects. This work arises from the site and architectural context, and from a response to the client, and/or the culture.
In this case, the sandstone outcrops, the lush garden, the concrete house and the client’s art collection all provided inspiration. Handmade glazed terracotta tiles were chosen to create both material harmony and colour contrast with the setting.
To encounter the artwork requires moving between the house and the pool via winding paths and stairs. On the journey, glimpses of the pool and terrace are seen. The placement of red and orange tiles facing towards the house ensured that these glimpsed views would be striking and enticing. Where the mural is seen against the sky and pool cabana, crisp white is emphasised. It isn't possible to see the entire mural at once. The mural is a landscape element, to be experienced as part of the ensemble of house and garden, rather than as a ‘picture’ requiring static observation.

This project brings together ideas about colour I have been working with for a long time. In particular, the way that a site suggests what it needs, and that reading a site underpins everything I make in architectural contexts. It’s an understated way of working and requires the client to engage in and participate in the work’s unfolding.
I gave the client many sketch options in the early stages. I invite them to react. I observe what the client responds to before developing the concepts further. It requires openness on both sides and is an iterative process.
Collaborating with architects is a privilege and delight, my own training in architecture enables me to understand and respect the design intent of the building. I use the architects building models to test and refine the designs, and we work together to coordinate the documentation and subsequent realisation of the project.
The tilers were fantastic, working as artisan partners, to deliver incredible quality and precision with handmade, irregular tiles. They accommodated many adjustments along the way, due to the complexity of the convex and concave wall form, and the tile format.

“An artwork that wasn’t originally planned brought a new cohesion to the terrace and its ensemble of entertaining spaces. The mural has a presence that amplifies the architecture and is transformative” David Coleborne (Project Architect)