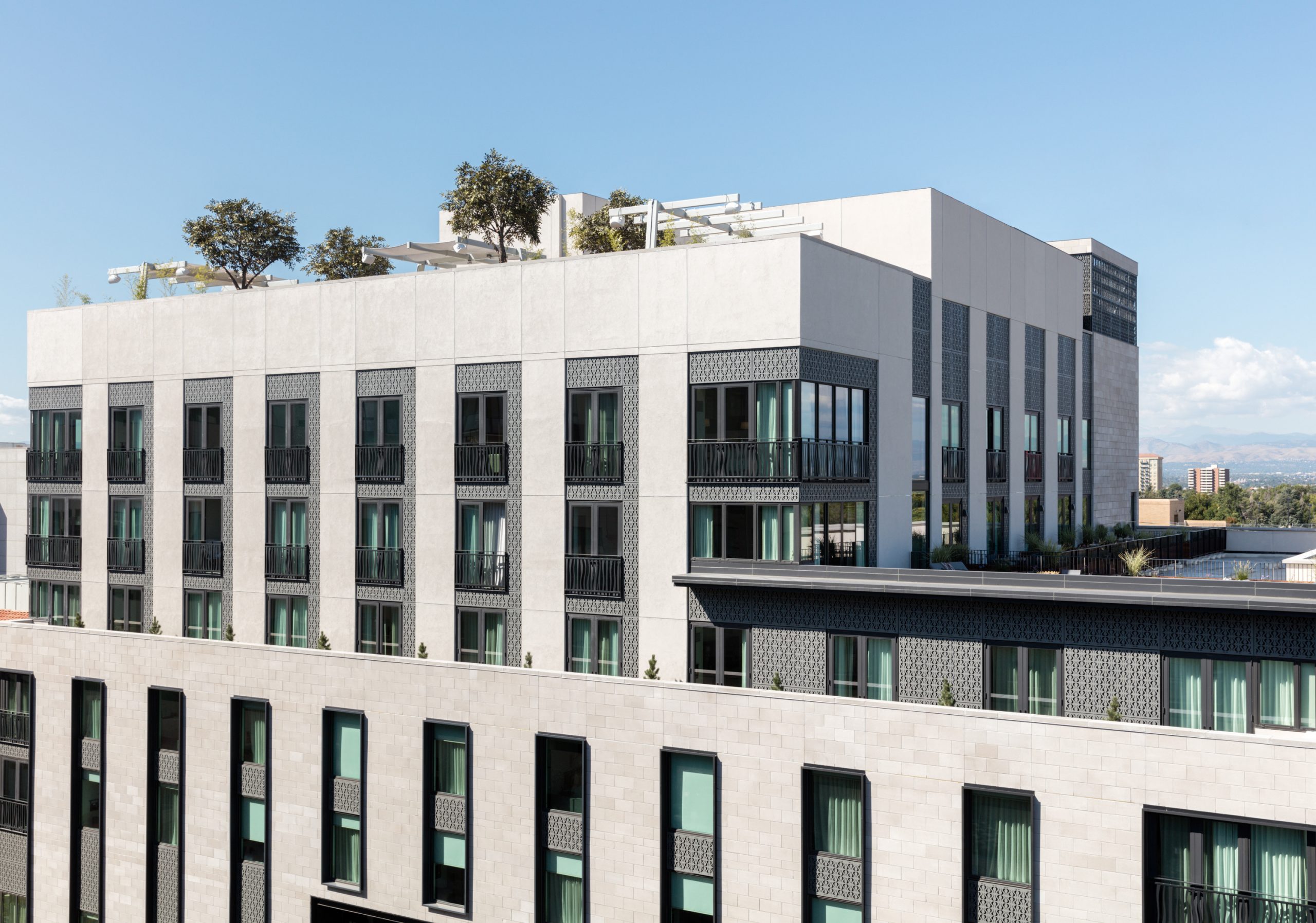 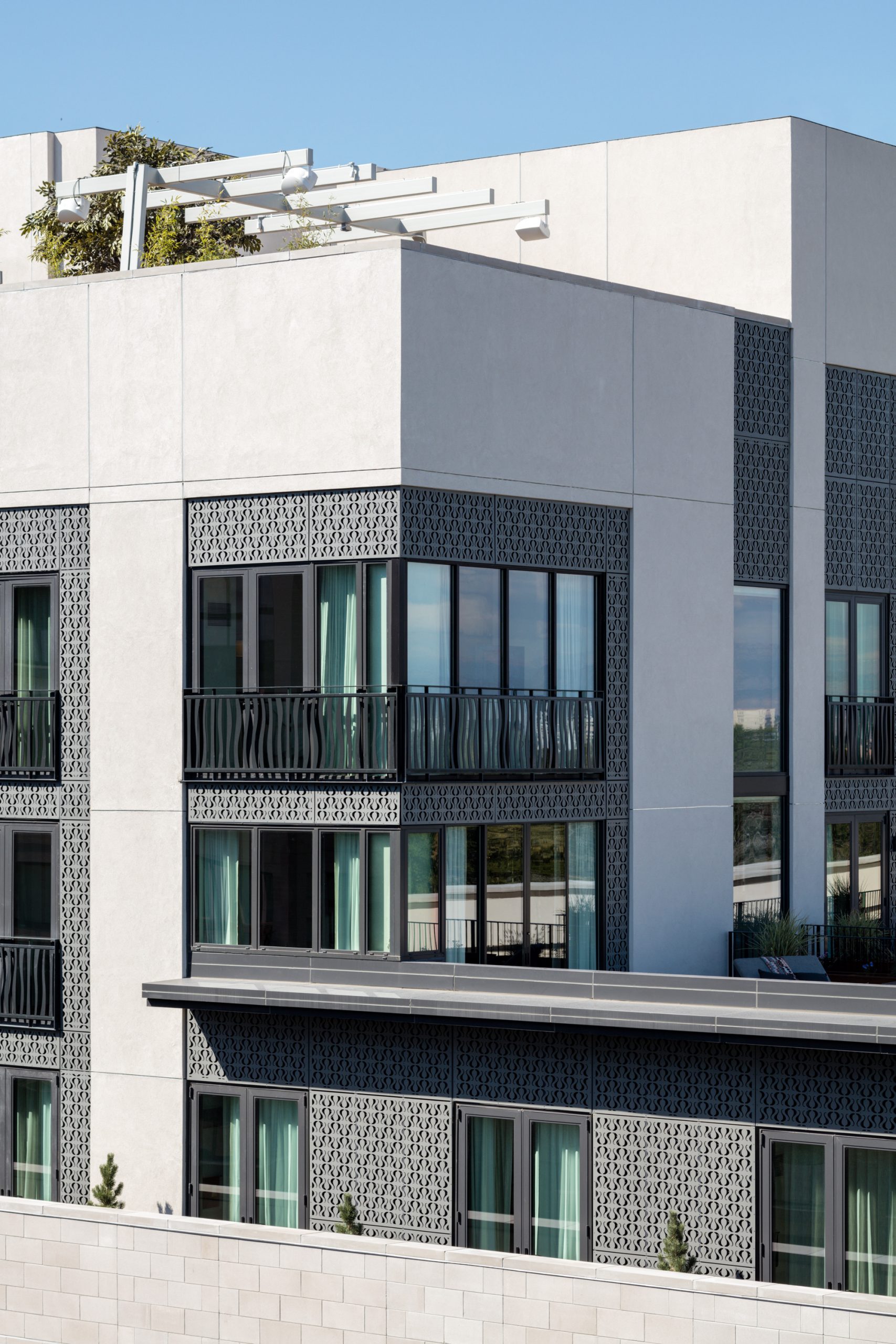 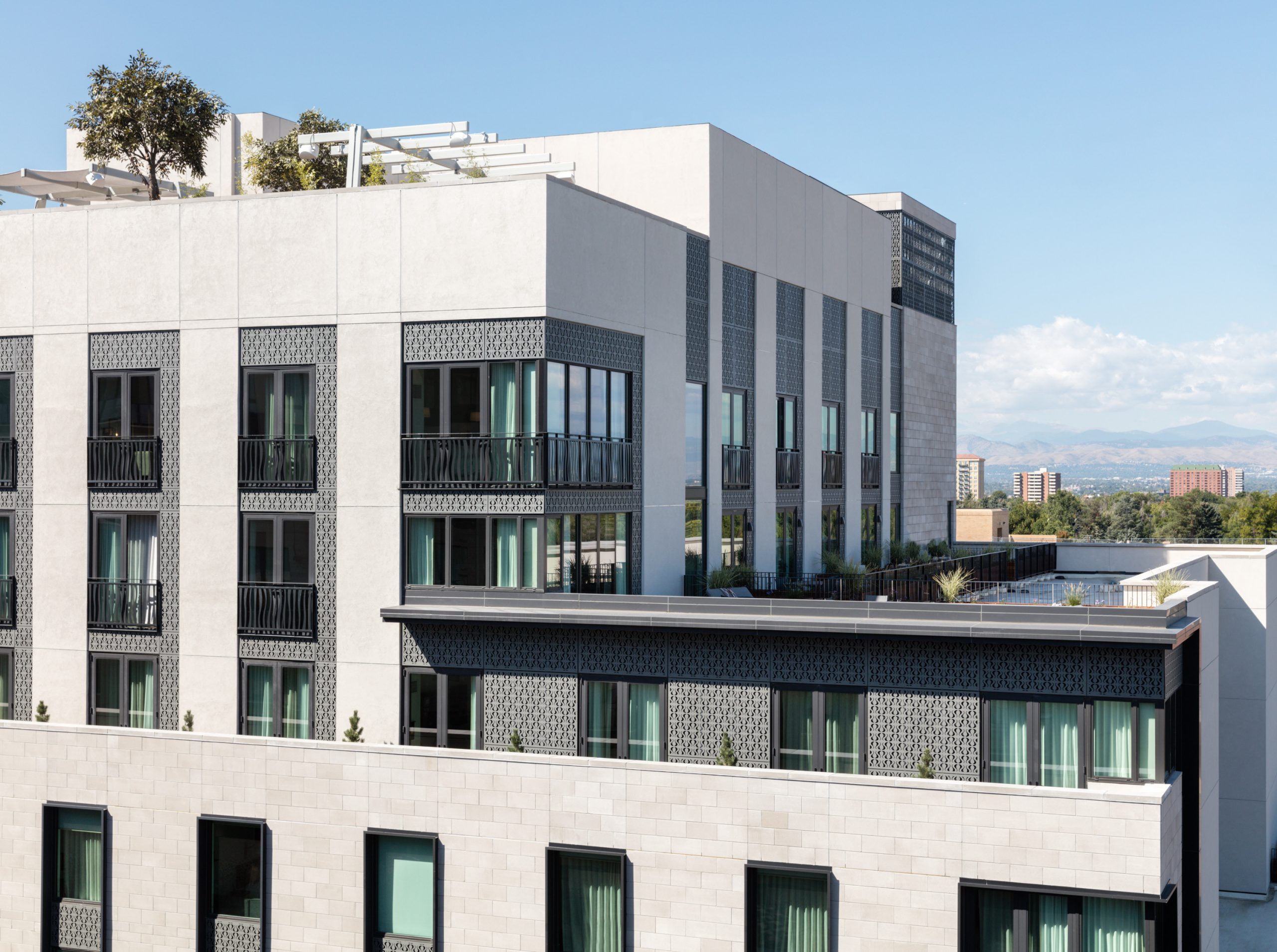 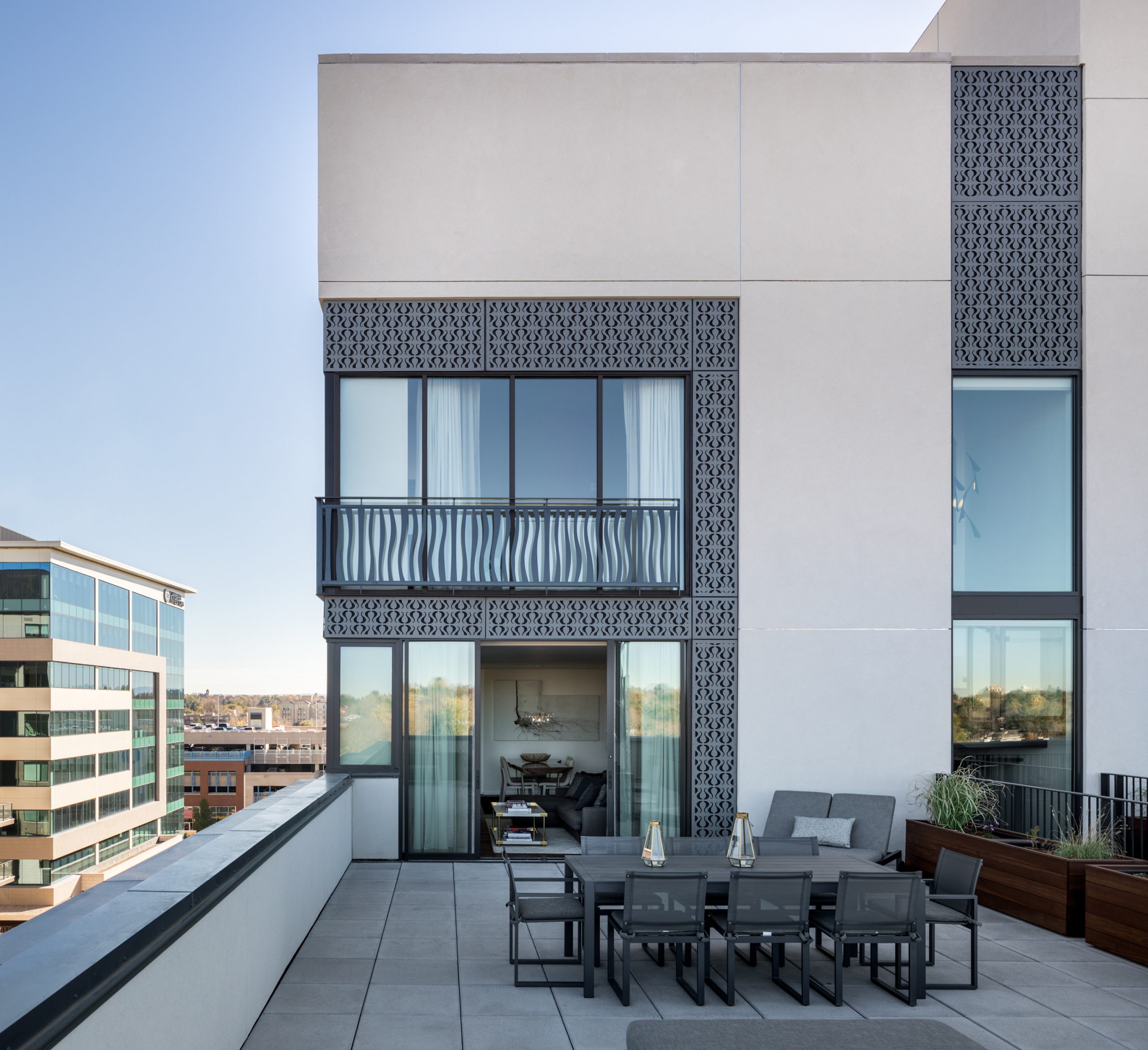 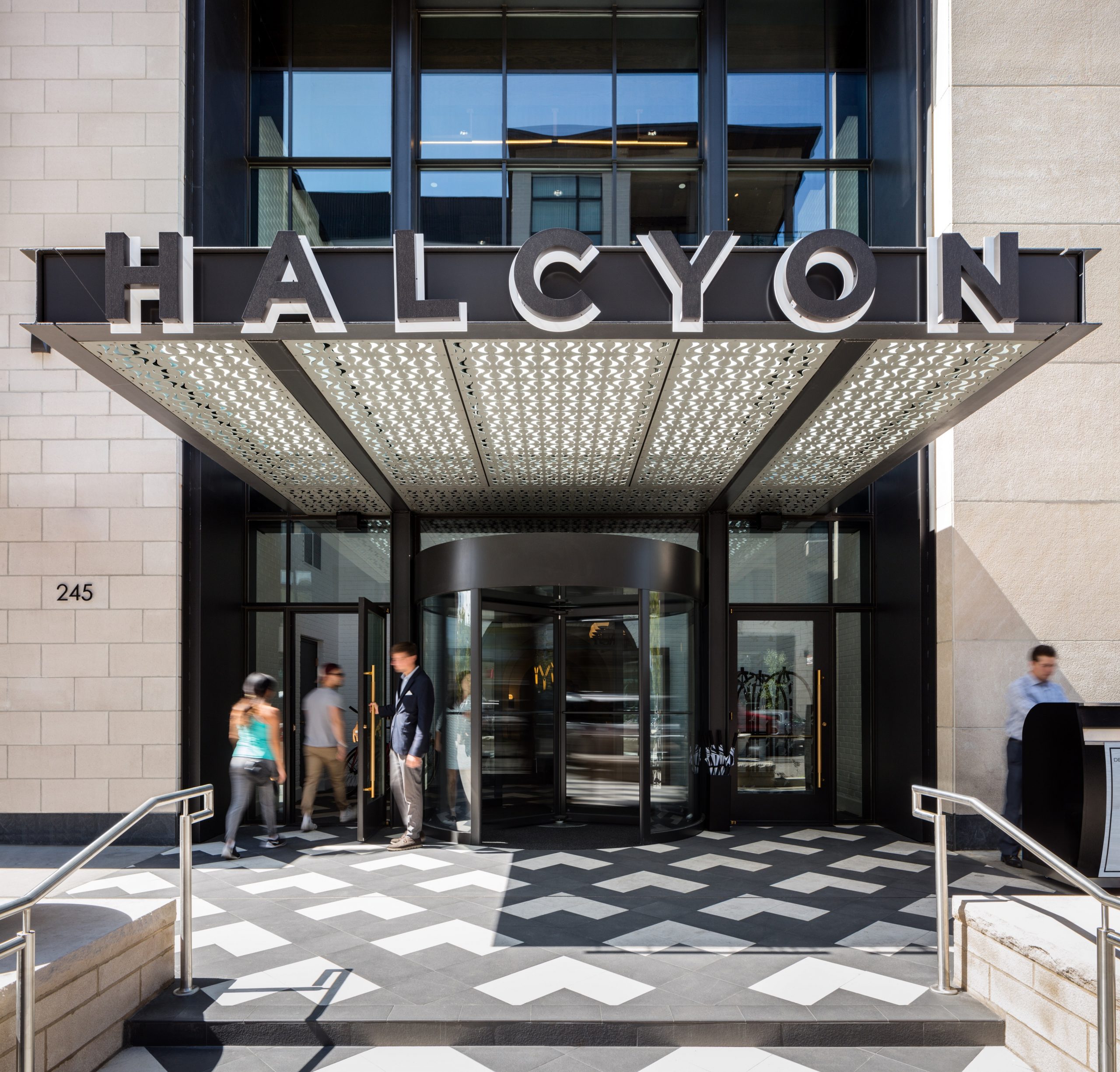 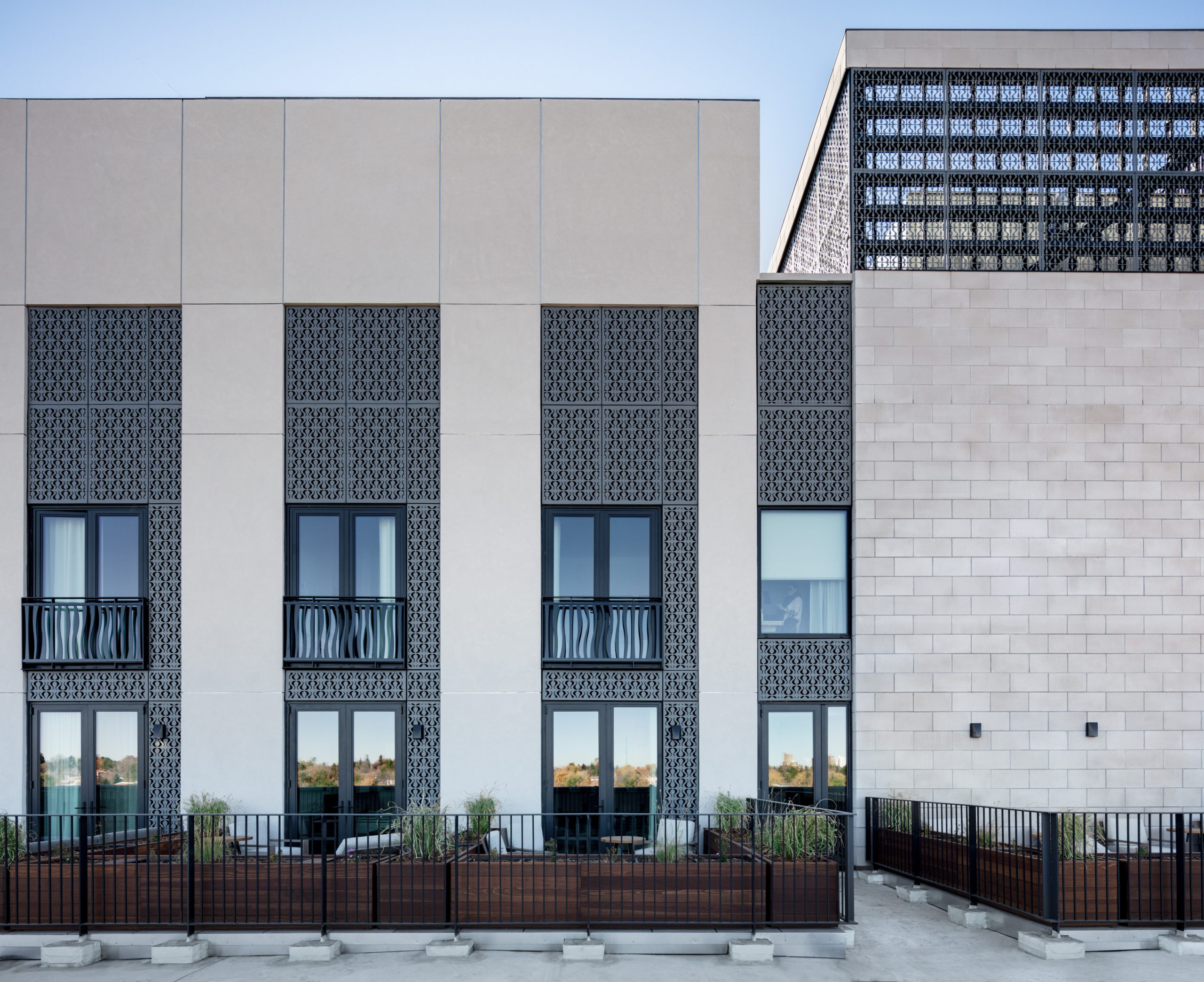 Over 400 laser-cut aluminum panels of 120 varying sizes were used as cladding, vertical screening, and overhead on the exterior of the Halcyon Hotel. The artistic panels were used as an aesthetically pleasing, yet cost-effective solution to cover hundreds of vents and meters on the facade, enclose the electrical doghouse on the rooftop, and as part of the grand entrance's lighting fixture.

Hundreds of vents littered the facade of the hotel and would have cost the builders an enormous amount of money to have engineers redirect. Instead, an artistic solution was created using Parasoleil panels with a custom onion-pattern to add a luxurious feel to the facade without entirely changing the overall design.

Sage Hospitality and BMC Investments teamed up to build the hotel with GKK Works as their designated architecture firm. GKK Works commissioned Parasoleil to design and manufacture over 400 unique panels to cover the facade vents and utility meters, the rooftop electrical doghouse, and as part of the grand entrance light fixture.