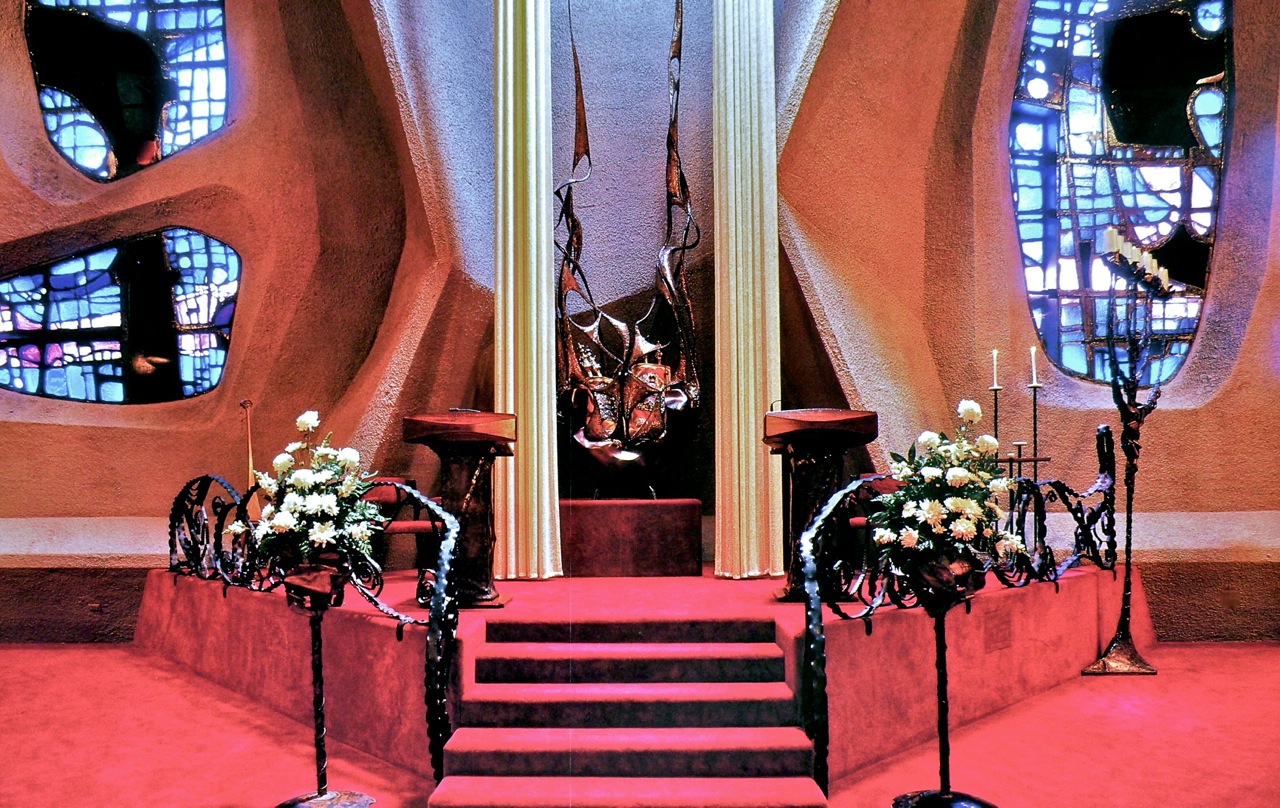 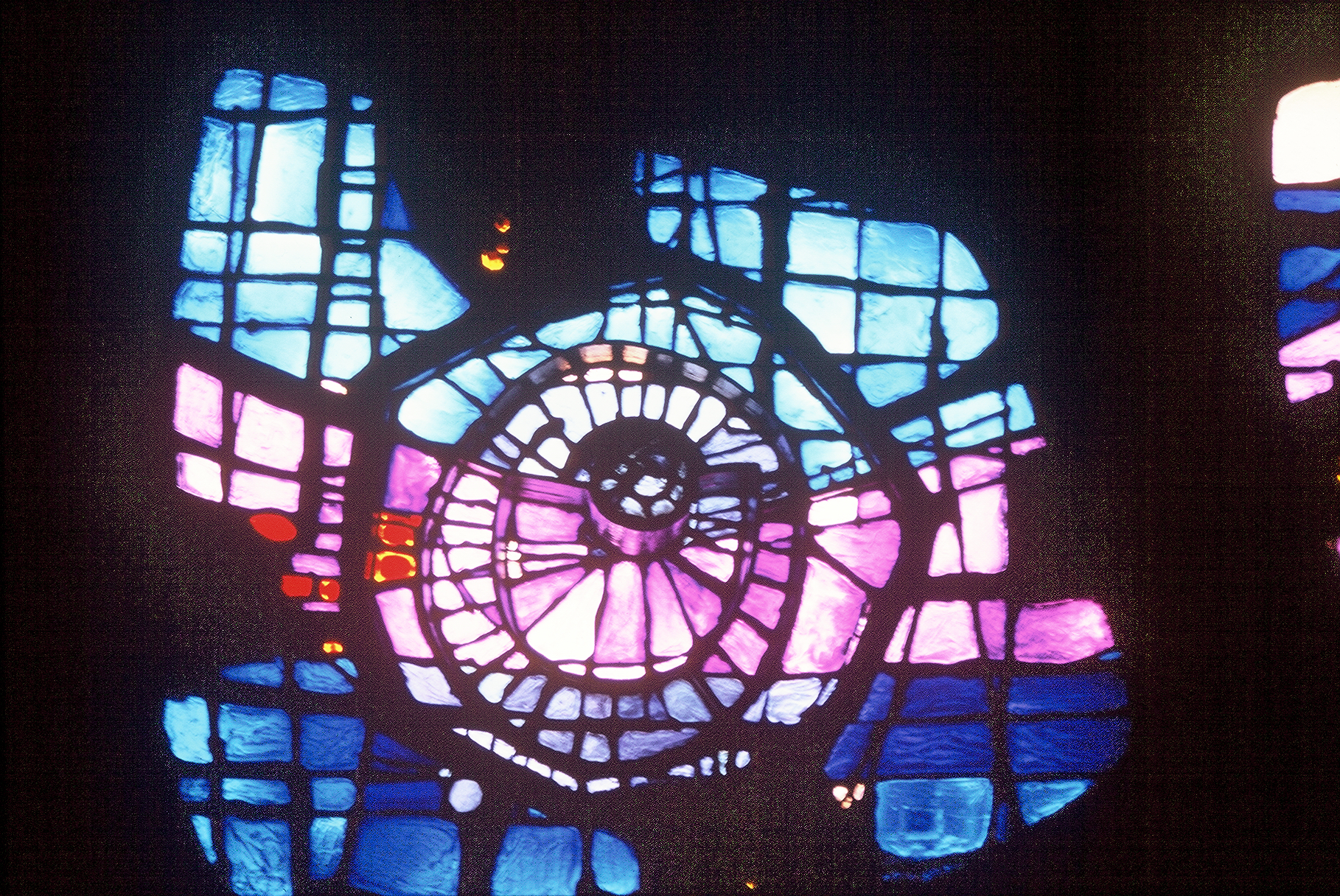 This chapel was selected by the National Jewish Historic Museum as one of only 13 synagogues in the United States’ history to be part of their core exhibition. This work is a total integration of art and architecture where I was both the architect and artist, designing ever aspect of the creation. This included the structure’s sculptural concrete shell, the carved ark, its bronze spires, the cast glass and epoxy sculptured windows, the giant copper light fixtures, the wrought iron railings, the copper flower and candle holders and the mahogany ceremonial furniture and accutraments,
In 1962 I was commissioned by Temple Israel of Greater Miami to design a chapel. I designed a building that would not only enclose a sacred space but also be a work of art—a structure that would, from the moment one enters, lift the human spirit.
Unlike some synagogues that tend to be multi-functional, I knew this chapel would have a singular purpose: to raise human sensitivity and increase the awareness of the relationship of God to the Jewish people. My goal was to create a space that would be human in scale and offer both groups and individuals a sense of intimacy.

Because of its symbolic power, the Torah is the focus of the chapel’s interior with an equally vibrant echo expressed on the exterior. I used opposing forms for the exterior and interior: convex on the outside, concave on the inside.
The sculptural windows are a unique combination of epoxy sculpture and cast glass. The process of their creation was ambitious. First, the epoxy sculpture was formed by the casting of epoxy and resin as a hardener into giant free-form Styrofoam molds that we carved from huge blocks of Styrofoam in the chapel itself. After the epoxy hardened, we removed the remaining Styrofoam leaving the colossal black sculptures that eventually would cradle the glass. The epoxy is black while the glass is bright and colorful, lit during the day by the sun and on some bright nights by the moon.
The chapel’s glass is cast, that is, molten glass is poured into molds and the thickness of the glass creates gradations of color. There were 2,200 pieces of cast glass used in the chapel, cast by Val Saint Lambert, makers of handmade glass in Belgium since 1826.