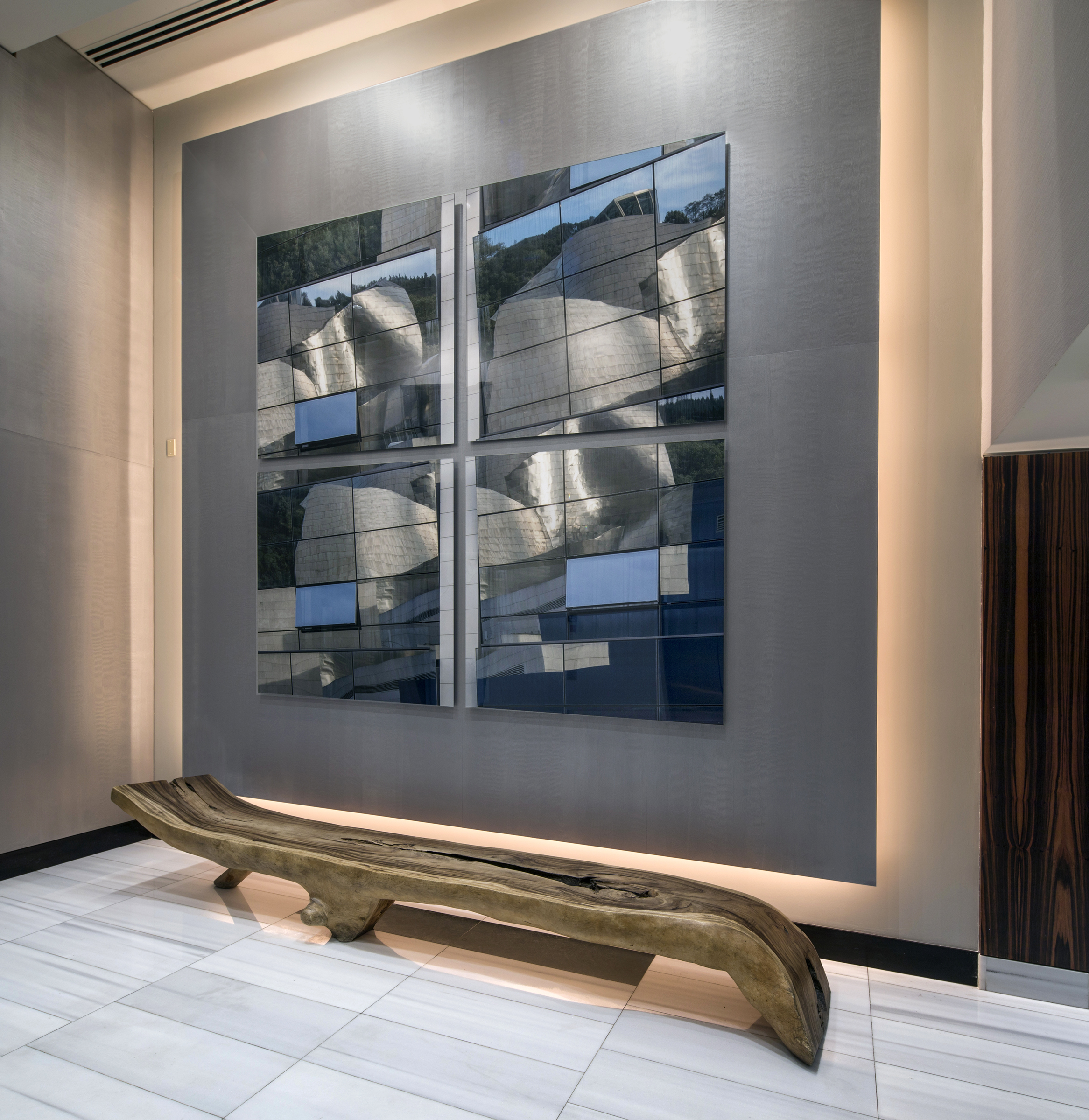 To activate and beautify the elevator lobby of a skyscraper in Miami. The artwork is a quadtych comprising of four 54 x 54 inch C-Print photographs framed in plexi with aluminium backing. The entire piece measures 9 feet 3 by 9 feet 3.

The lobby was being redesigned by Robb and Stucky and required a deifinitive artistic statement. The artwork provides the anchor for the rest of the design.

I was contacted by management at Marquis Condominium and together with Robb and Stucky Interior Design, a plan was developed to renovate the deisn of the lobby and to install a piece of artwork that would flow well with the design.

In 2009 I was showing a series of my Frank Lloyd Wright photos at the Guggenheim Museum in Bilbao. Whilst there I was able to photograph the other Frank's (Gehry) architecture and saw an intriguing reflection in the building opposite. That photograph became the quadtych now in the lobby of Marquis