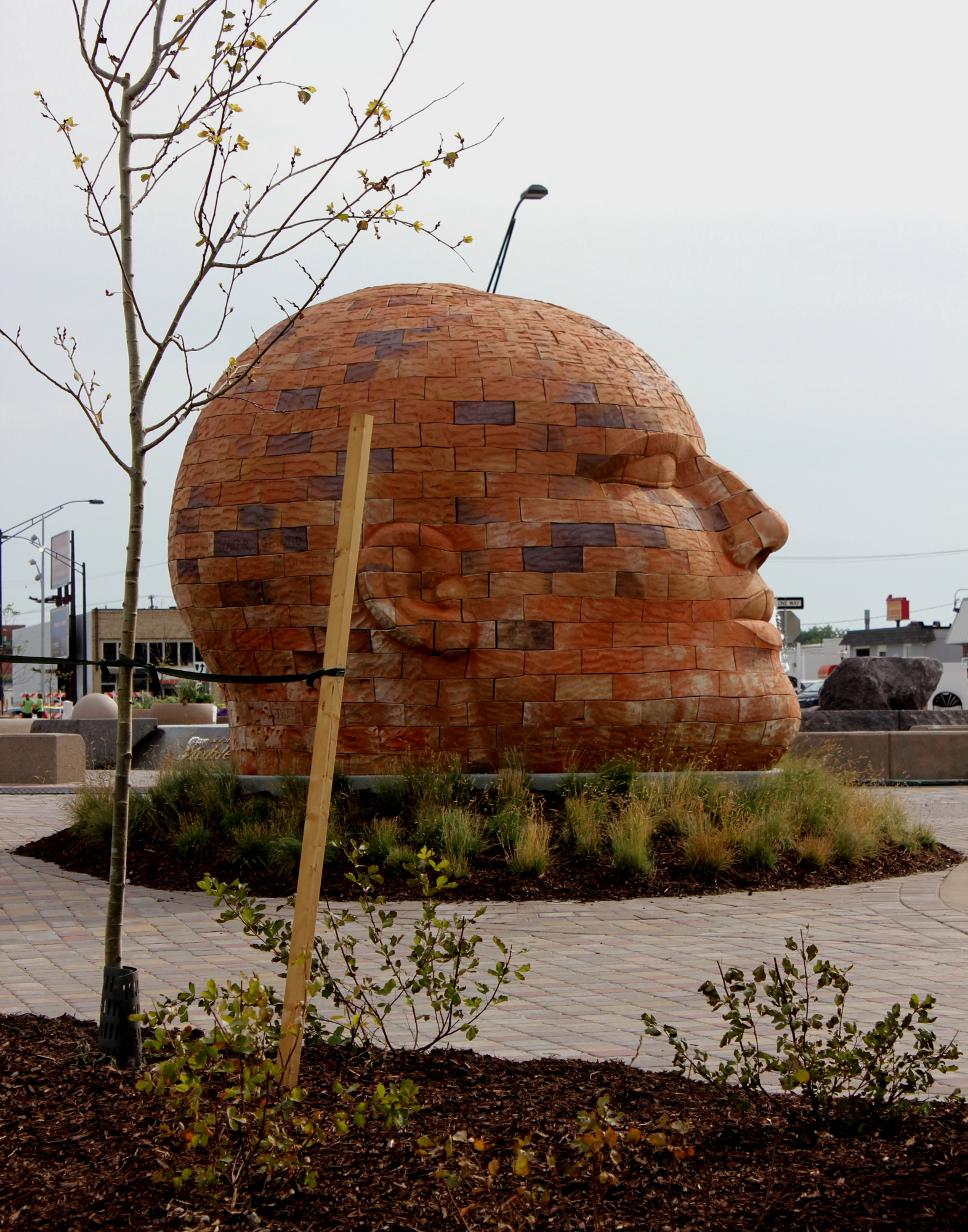 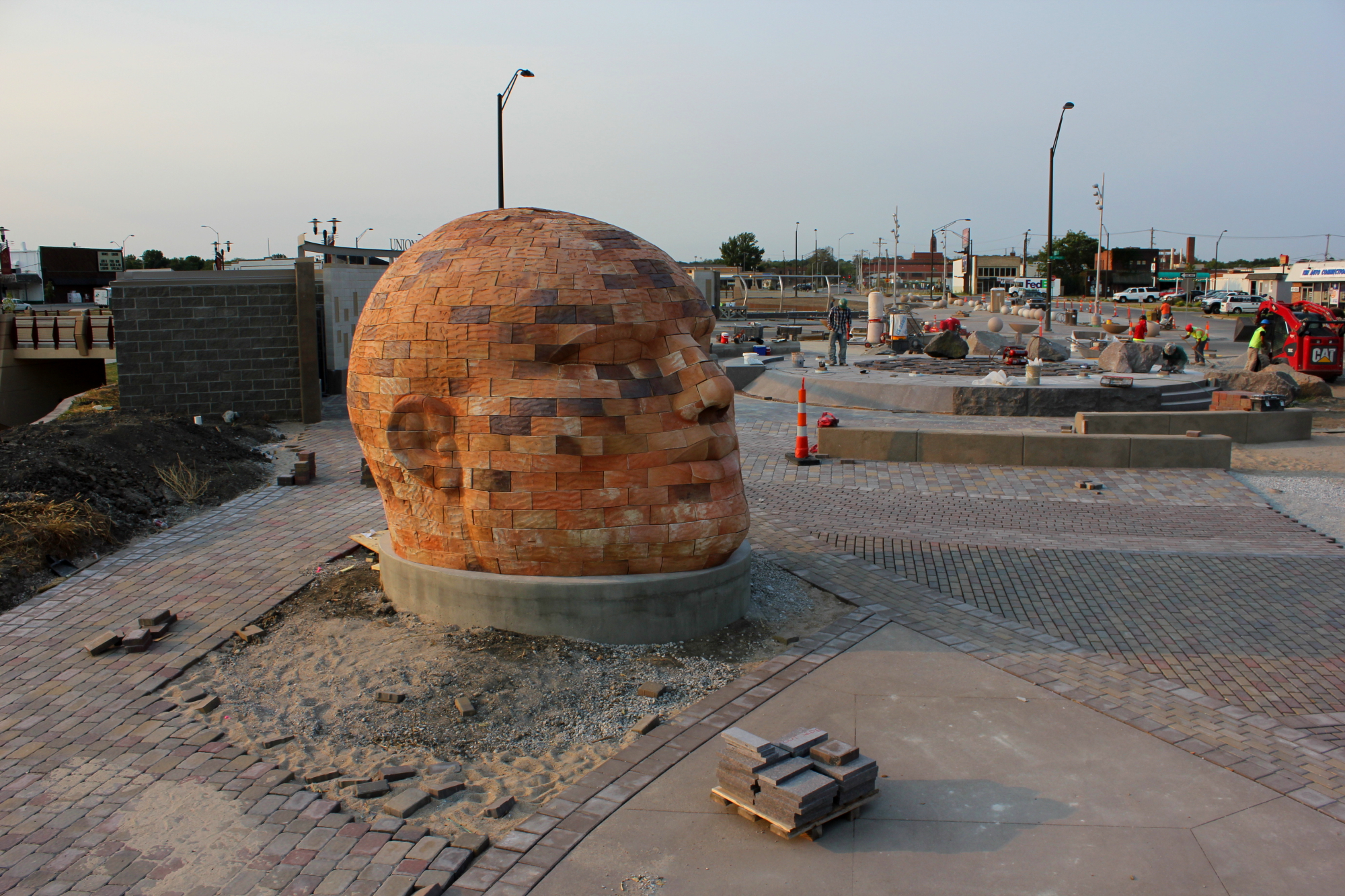 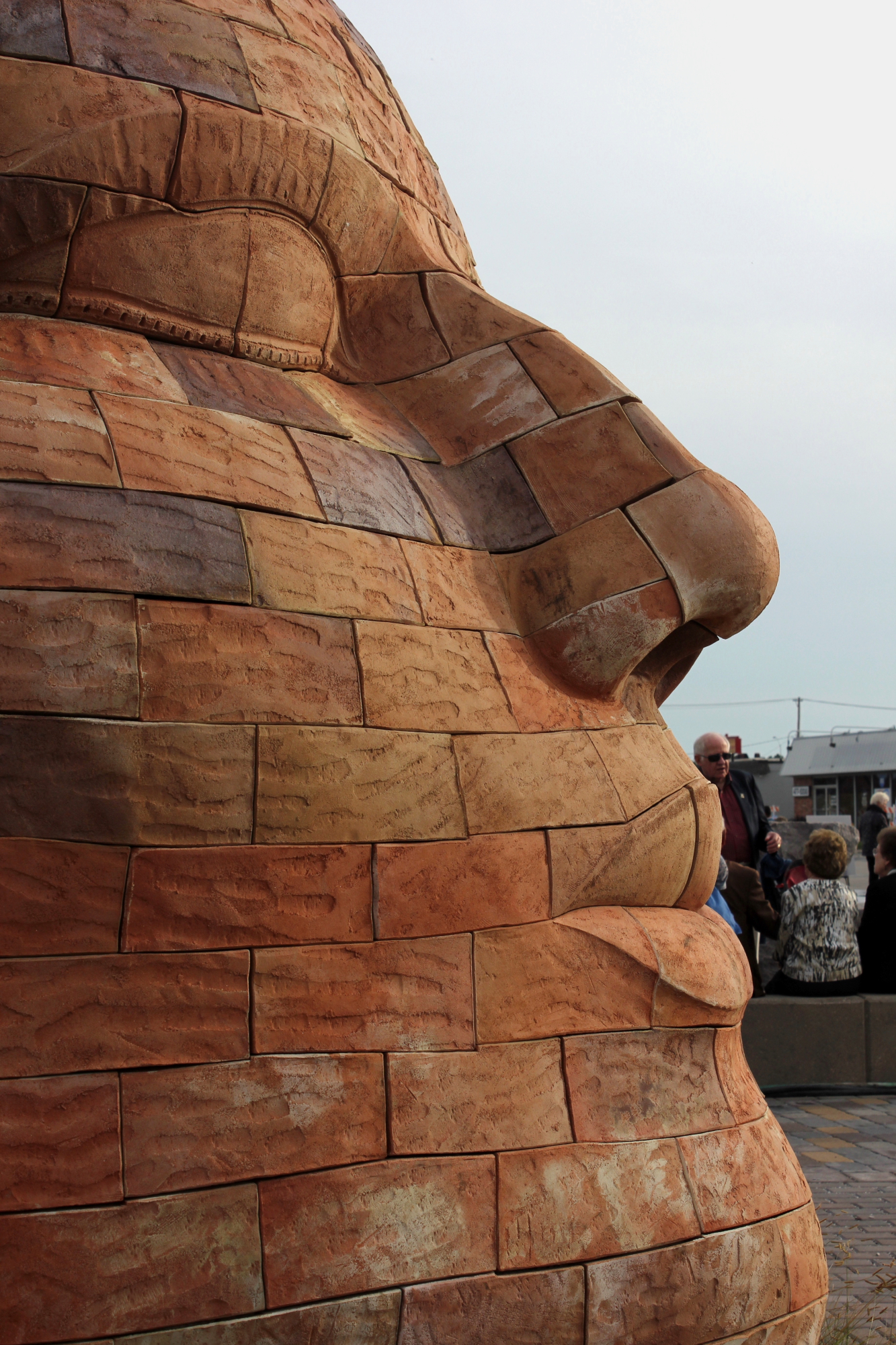 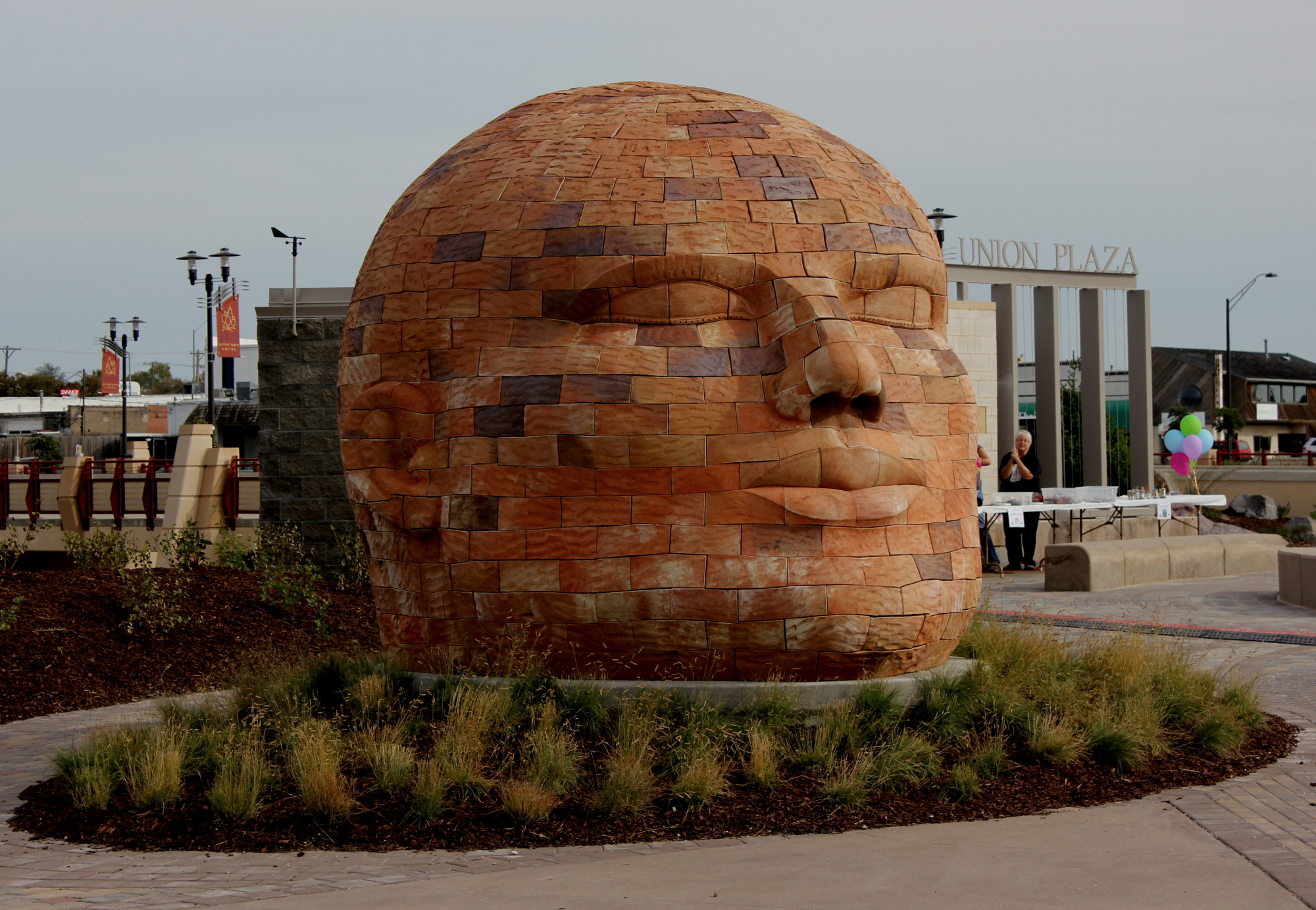 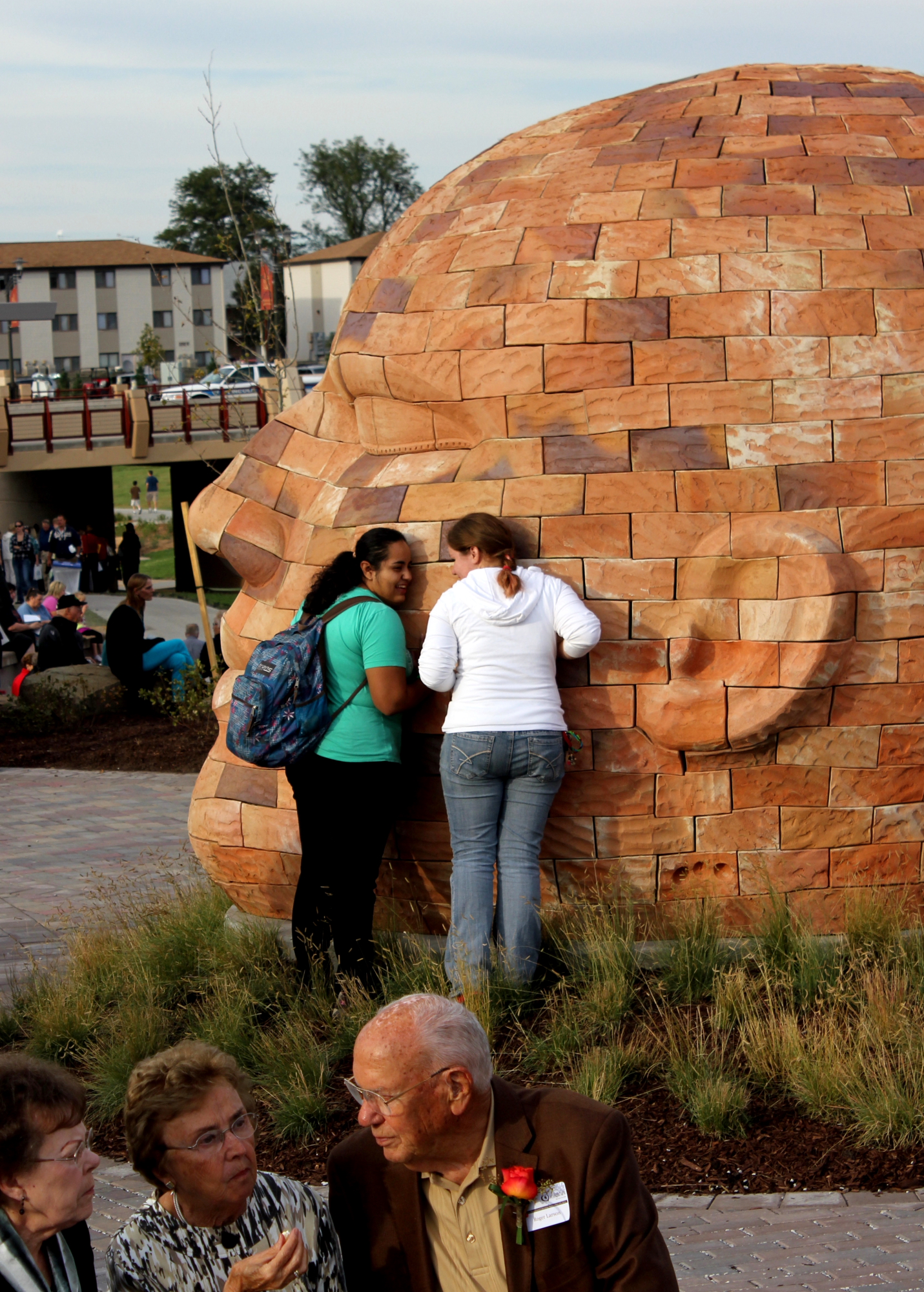 The Groundwater Colossus sits atop the largest freshwater reserve in the world– the Ogallala Aquifer. Stretching from Minnesota to Texas, the Ogallala is the primary source of freshwater for much of the mid-western Unites States and a crucial resource in the irrigation what would otherwise be a semi-arid plain in the heart of America's breadbasket.

The sculpture is the face of the Ogallala. An enormous human visage emerging from the earth, the Groundwater Colossus is a dynamic reminder of what lays hidden below. Ten feet high, twelve feet across, the artwork is one of the largest ceramic sculptures in the world.

The Antelope Valley Greenway Project began with the goal of flood mitigation in downtown Lincoln, NE. With the support of community leaders and institutions the project expanded to include parks, bikeways, a variety of recreational opportunities, and public art experiences for the citizens of Lincoln. The Groundwater Colossus sculpture was selected for the prominent Union Plaza site. As the personification of the aquifer below, the sculpture puts a face on the important environmental resource.

The Antelope Valley Greenway Project had been planned for many years and was already well underway before the call went out for public art proposals. The City of Lincoln, the University of Nebraska-Lincoln and the Lower Platte South Natural Resources District (LPSNRD) formed JAVA in 2000 to administer the flood control, traffic improvement and community revitalization effort funded with City, State, NRD and federal funds. "From the beginning of the Antelope Valley Project, the very wise decision was made that citizen input was essential, that the development of the project would be a very open and public process," Mayor Beutler said. The open process described by the mayor selected the Groundwater Colossus sculpture for the Union Plaza site. It was a unified team: architechs, politicians, community leaders, contractors, working together at every stage in the design process that enabled the artwork to be created.