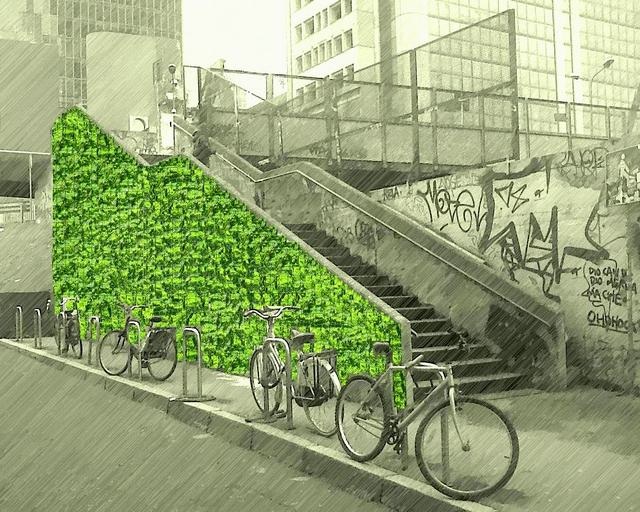 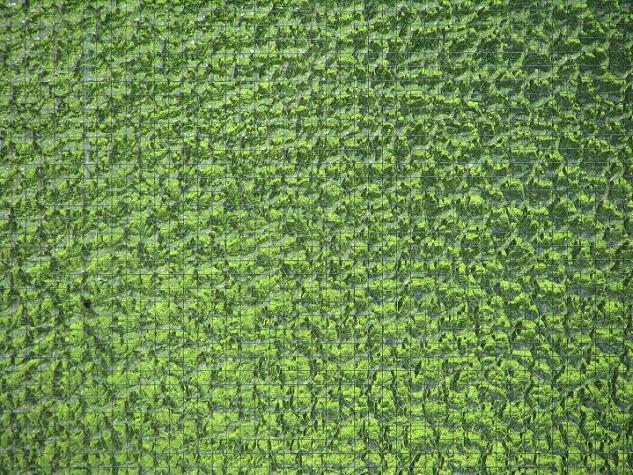 Green Provocateur launched during Milan’s international design fair, Salone del Mobile at Green Island 2011, invited by AMAZElab, the sponsoring cultural organization.
Approximately 15 x 50 ft., a photo of bright, sunlit trees behind a glassed urban fence by photographer, Paul Clemence, on eco-friendly paper, appeared as a sudden splash of abundant green life on graffiti marked stairs leading to Garibaldi Railway Station platform. The art intervention was “an invitation to people, buildings and green worlds to converse.” Located in Isola, once a “forgotten” neighborhood, the neighborhood is now being touted as “an oasis in the city.”

Green Island is a series of events during Salone week, curated by Claudia Zanfi, of AMAZElab, to explore through art and theory, the possible sustainability and harmony of the urban landscape. Green Provocateur accepted the invitation to launch during Salone Internazionale del Mobile, when Milan hosts an influx of 300,000 design-savvy people every April. As a satellite fair, Green Island, hosts leading green artists, designers and theorists during the week and an important part of all artwork is to honor the experiences of the locals in the transitional neighborhood of Isola.
As New Yorkers, it was important for the project team to engage our own community in the work. Green Provocateur utilized a crowdfunding model for the project on Indiegogo and created a blog series chronicling the journey to complete the project as well as the green art, architecture and design at the 2011 Salone, featured in Metropolis magazine.

The Green Provocateur project was originated and curated by Jade Dressler. A proposal was jointly commenced between NY photographer Paul Clemence and Milan-based art director, Andrea Locci to transform an architectural surface that was an integral part of the Isola community. Upon the commission by AMAZElab, plans, measurements and a crowdfunding platform were set up. A video with the plans was created and the team traveled to Milan, gathered a local team of volunteers and erected the work over one night so it appeared completely different in the morning light, from a drab urban railway staircase into a lush green oasis, much to the delight of citizens.

Jade Dressler is an artist, curator and creative director of Green Provocateur, the global art collaborative based in New York, commissioning public art projects around the world. It is her belief that collaborative, public art is integral to the future of humans and the green world we inhabit. Photographer, Paul Clemence is also an author of books including Miami Contemporary Artists, as co-author; Mies van der Rohe’s Farnsworth House; and South Beach Architectural Photographs. Dressler and Clemence were invited to speak on the highly publicized project at BOOMSPDESIGN, an international art and design conference in Sao Paulo, Brazil.