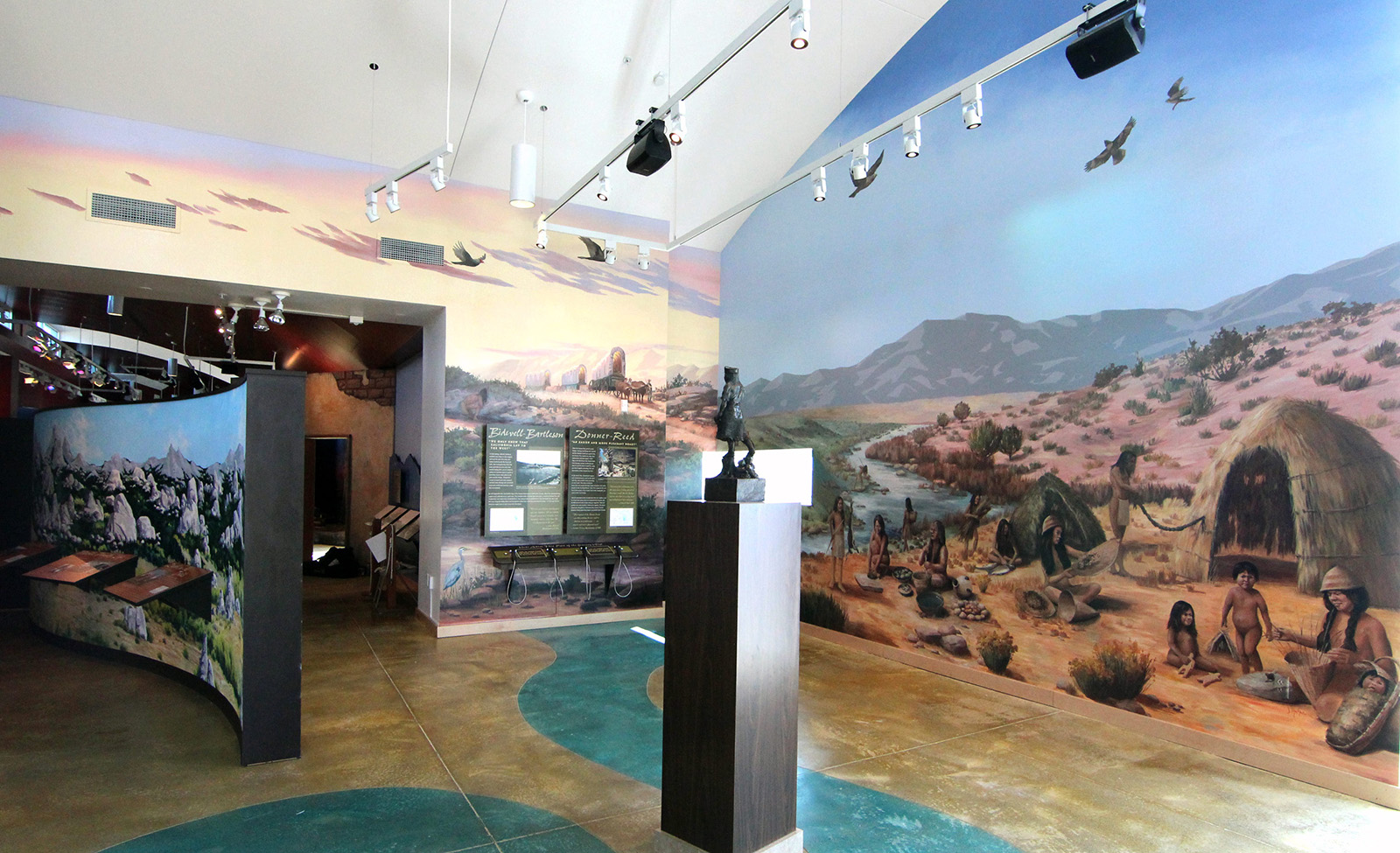 Hattas completed five (5) murals for the California Trail Interpretive Center, commissioned by the Southern Nevada Conservancy. The Center is dedicated to telling the story of the pioneers who headed west along the California Trail in the mid-1800s. This room and was dedicated to the Native Americans who were affected by this migration. I worked with a panel of Government officials and local Native Americans to tell their accurate and personal story. The murals cover approximately 1200 sq ft.

I worked very closely with a committee comprised of government officials and local Native Americans. I learned the tribes' stories, ways of expression, and personal voice. I researched their history and photographed the land. I proposed painting murals on every surface of the room, telling their story in a life-size, vibrant manner. Their story has seldom been represented correctly in history books and artworks. I was careful to tell the story from their perspective. At the unveiling, local Native Americans were brought to prideful tears upon seeing their story accurately portrayed with the powerful murals.