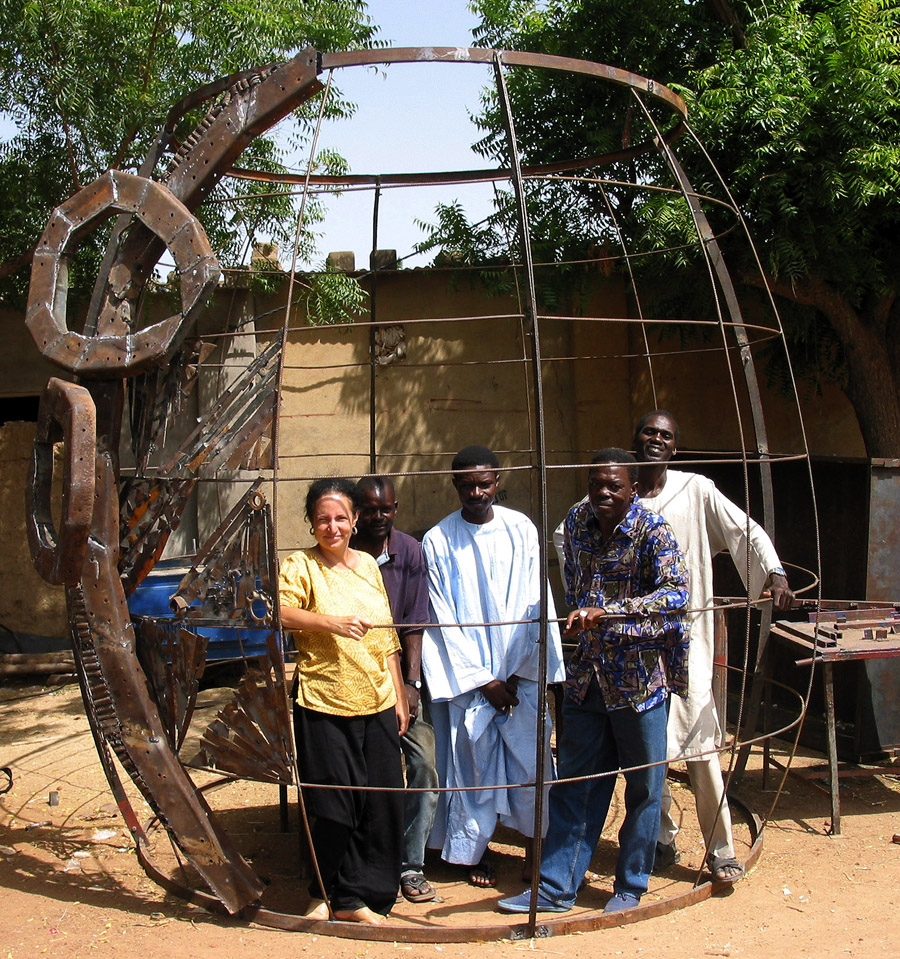 The Association Segou-Laben embarked on a series of contemporary art projects to beautify their ancient, historic city, the capitol of the Bamana empire, Segou, Mali. This project promotes the civic role of the arts, incorporating civic participation and cultural preservation in this collaborative project. The project provided a means for citizens to claim public, civic space in a way which was unthinkable during the years of dictatorship and colonialism. Embarking on this project becomes possible as the new democracy fosters a feeling of ownership and responsibility for public space among its citizens.

The work is based on Bamana history, symbolism and mythology. It incorporates metal work from local artisans into the finished piece. This aspect of economic empowerment is another important aspect of the project. The work pays tribute to Bamana culture and the importance of grain with ideograms symbolizing grain. The one for white sorghum is shown here.

The Association Segou-Laben invited me to work with them to create this sculpture. I have been going to Segou regularly since 1995 when I had a Fulbright Research grant to Mali. Assn Segou Laben and I designed the sculpture together and found the materials in the recycled metal market. I supervised the welding which was done by the president of the Segou blacksmiths.

The Association Segou-Laben includes Boubacar Doumbia who is an artist, a teacher and founder of Atelier Ndomo. Mr. Dolo Amahiguere is a renowned sculptor who works in wood. The group also includes three other artists.