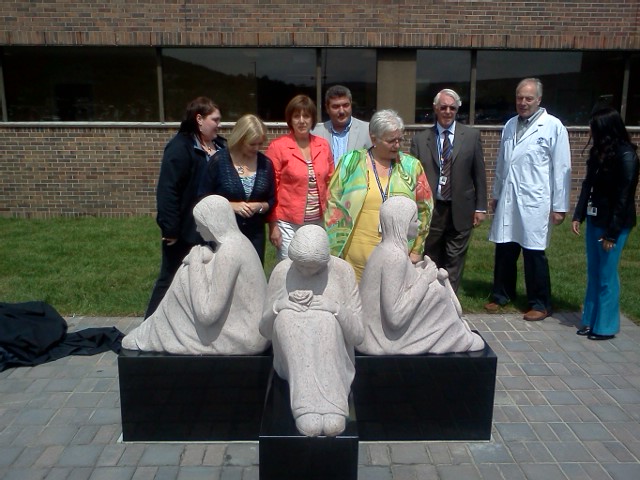 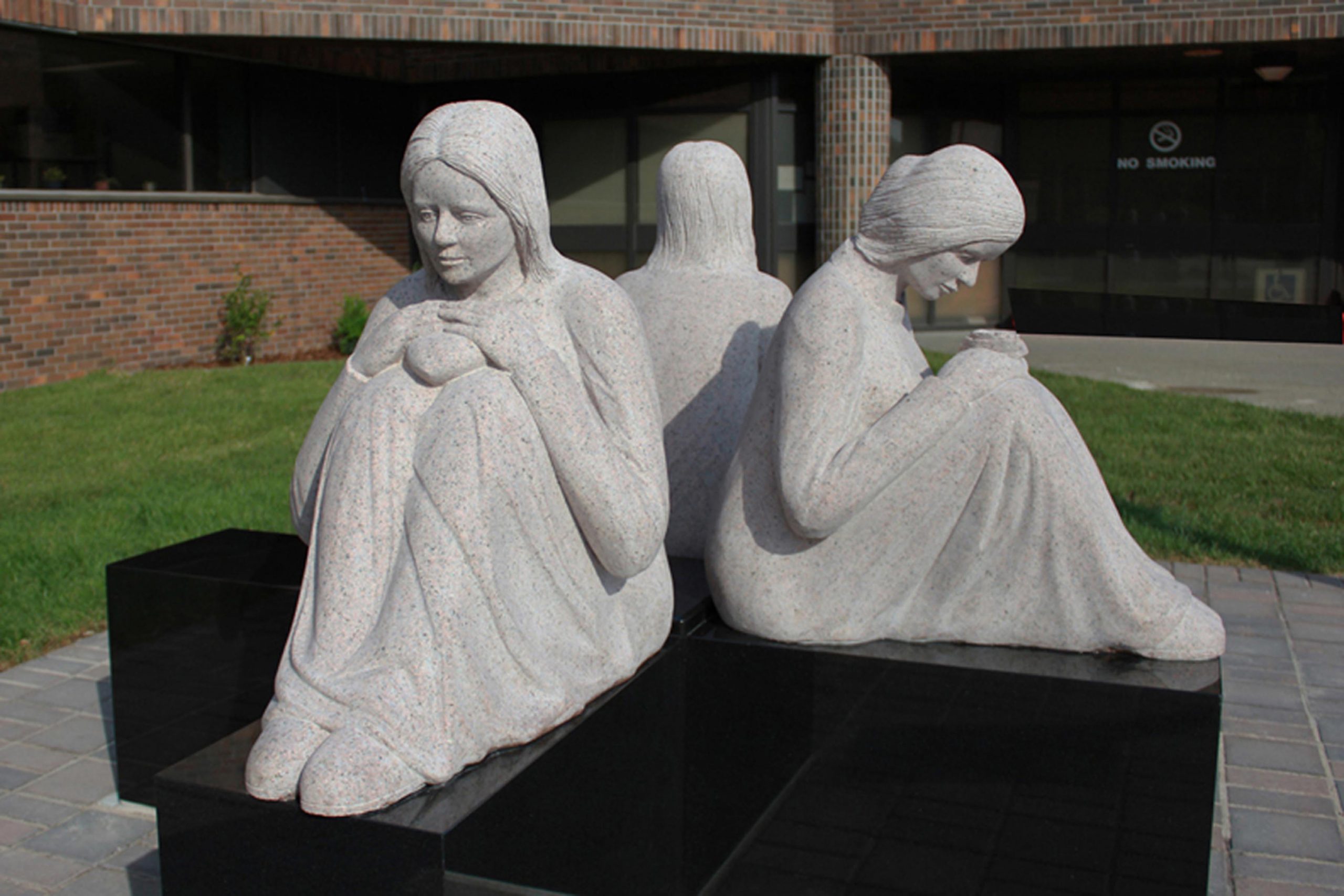 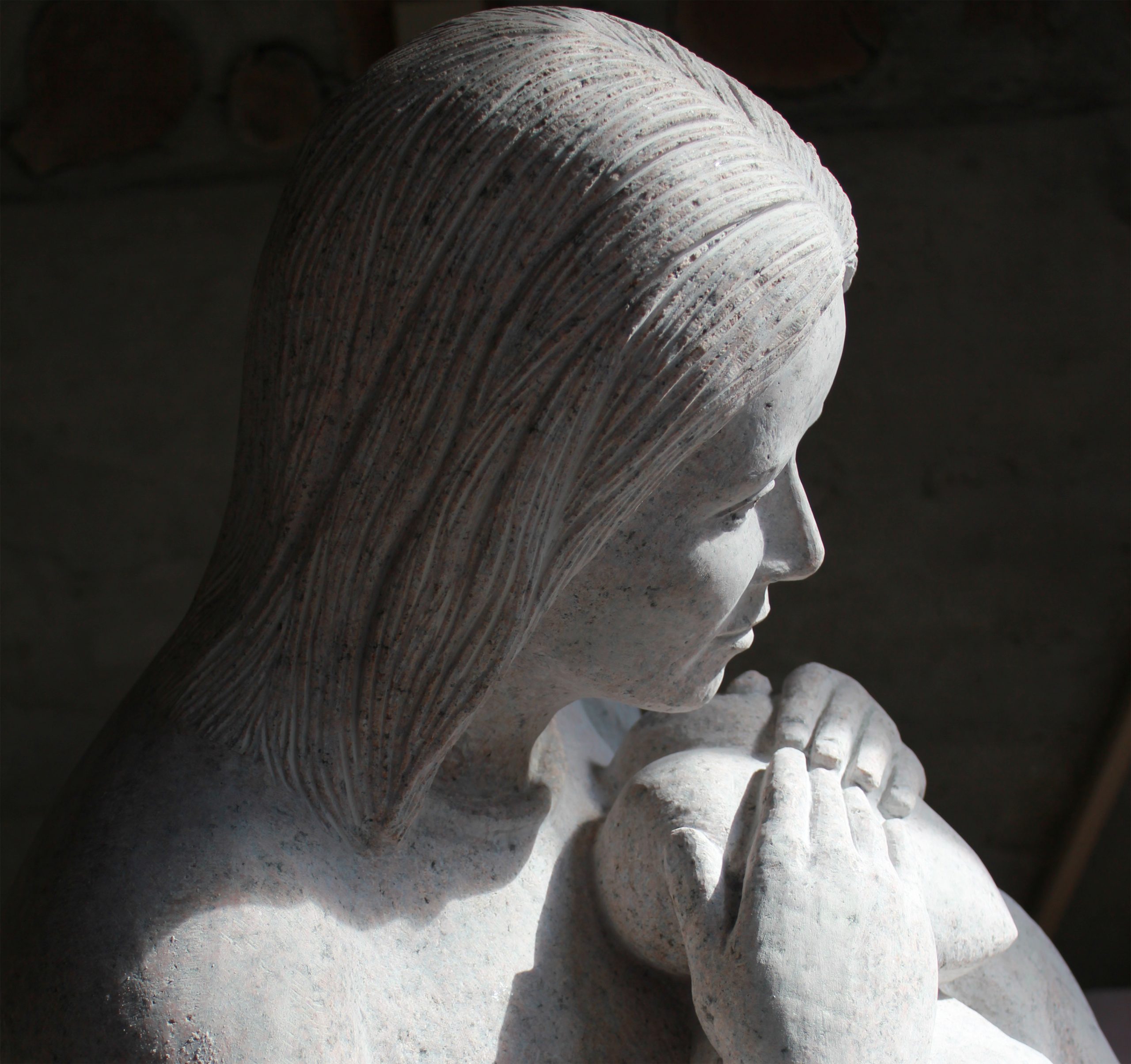 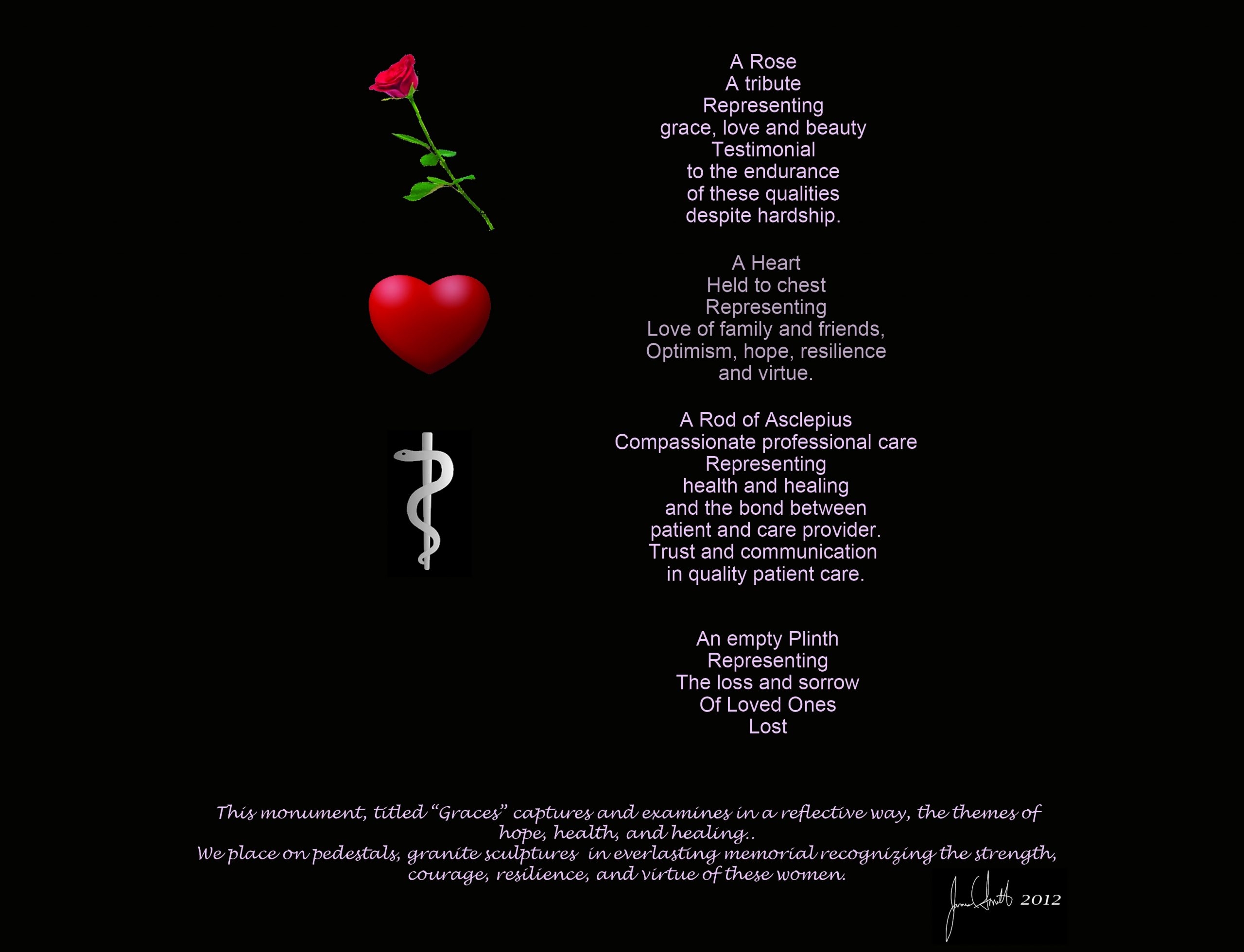 As part of the class action lawsuit settlement for breast cancer patients, Eastern Health agreed to establish a 150 square foot monument to recognize individuals who have been affected by ER/PR testing errors. The monument is located between the Health Sciences Centre’s Emergency Department entrance and the entrance of the Dr. H. Bliss Murphy Cancer Centre in St. John’s Newfoundland.

In 2005, Eastern Health identified an issue with
hormone receptor tests conducted for breast cancer patients.
Eastern Health subsequently began a review to identify all
breast cancer patients with negative estrogen receptor (ER)
results who were tested between 1997 and 2005. The Government
of Newfoundland and Labrador announced a Judicial Commission
of Inquiry into estrogen and progesterone receptor (ER/PR) testing
for breast cancer patients. In 2009 Justice Margaret Cameron
released her Commission of Inquiry on Hormone Receptor Testing
report outlining recommendations to address issues with estrogen
and progesterone hormone receptor testing within the
Newfoundland and Labrador health care system. Eastern Health
agreed to establish a physical memorial at the Dr. H. Bliss Murphy
Cancer Centre in consultation with the class members as part of
the class action settlement. This monument reflects a sense of
hope, health, and healing so that the patients and their families
are recognized for their strength, courage and resilience as
they continue on life’s journey beyond the
ER/PR testing errors experience.

Health Care administration, patients past patients and families of affected patients were involved in commissioning and jurying submissions. Subsequently numerous design decisions were implemented based on the interests and concerns of these stakeholders