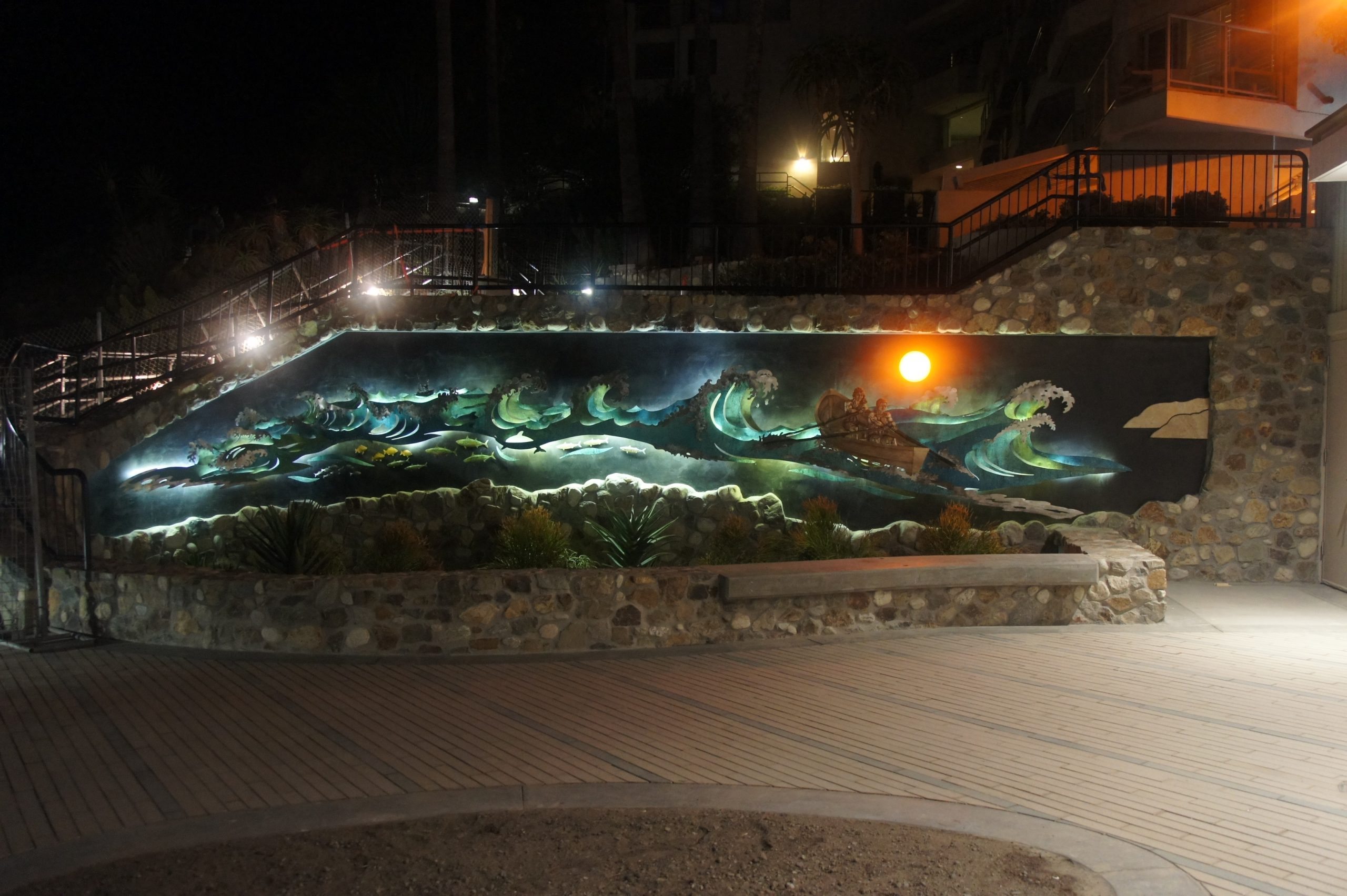 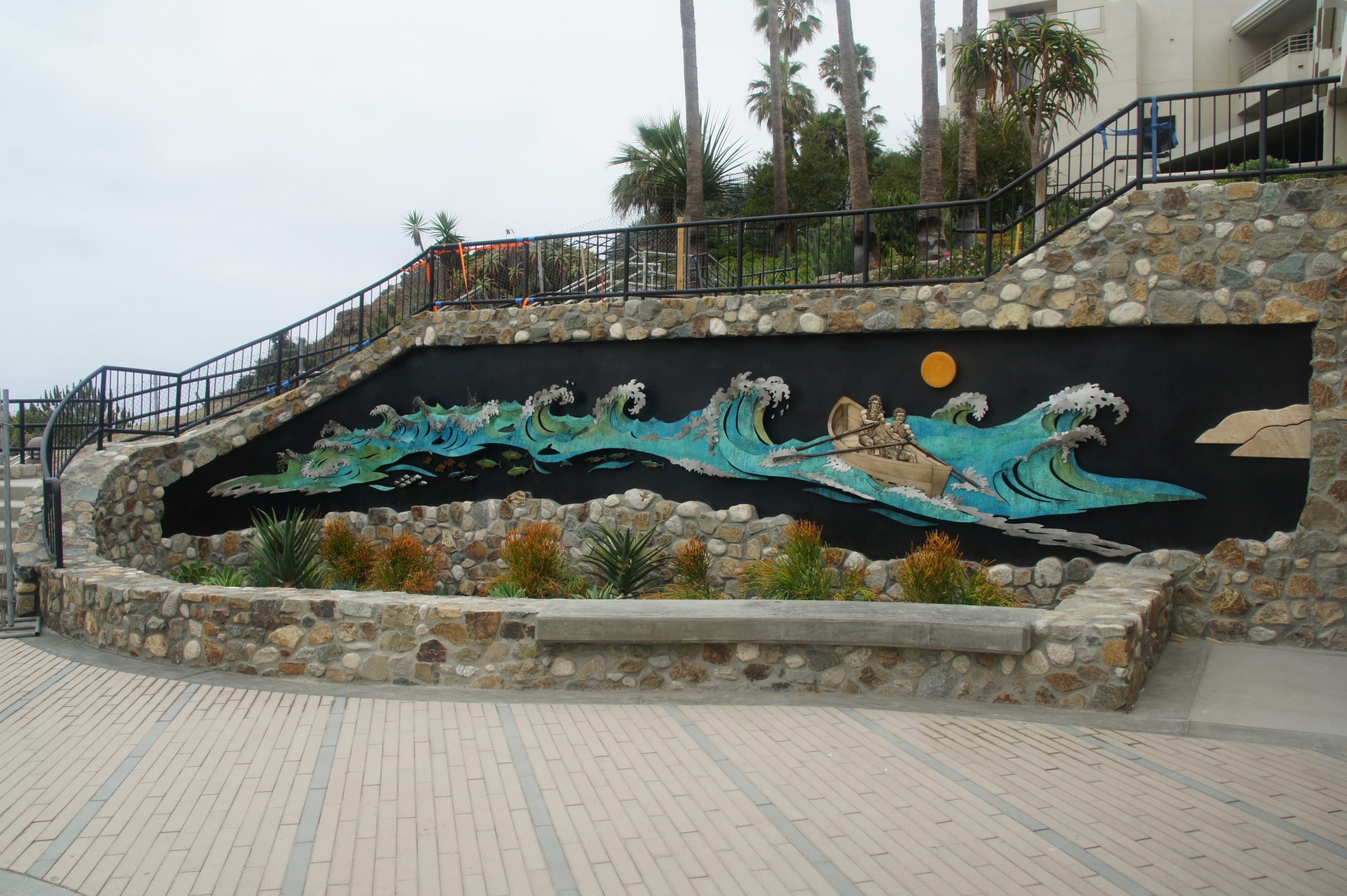 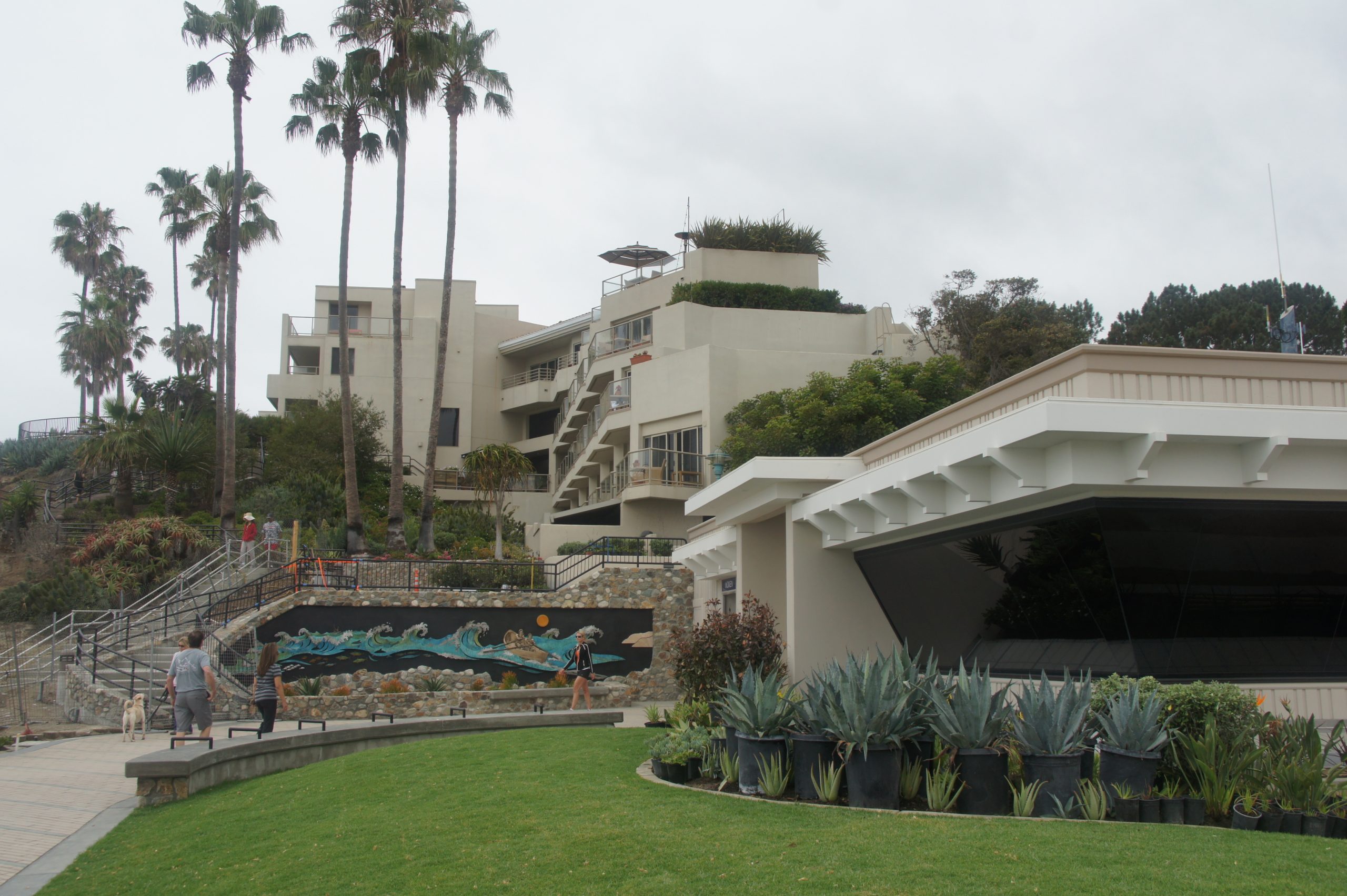 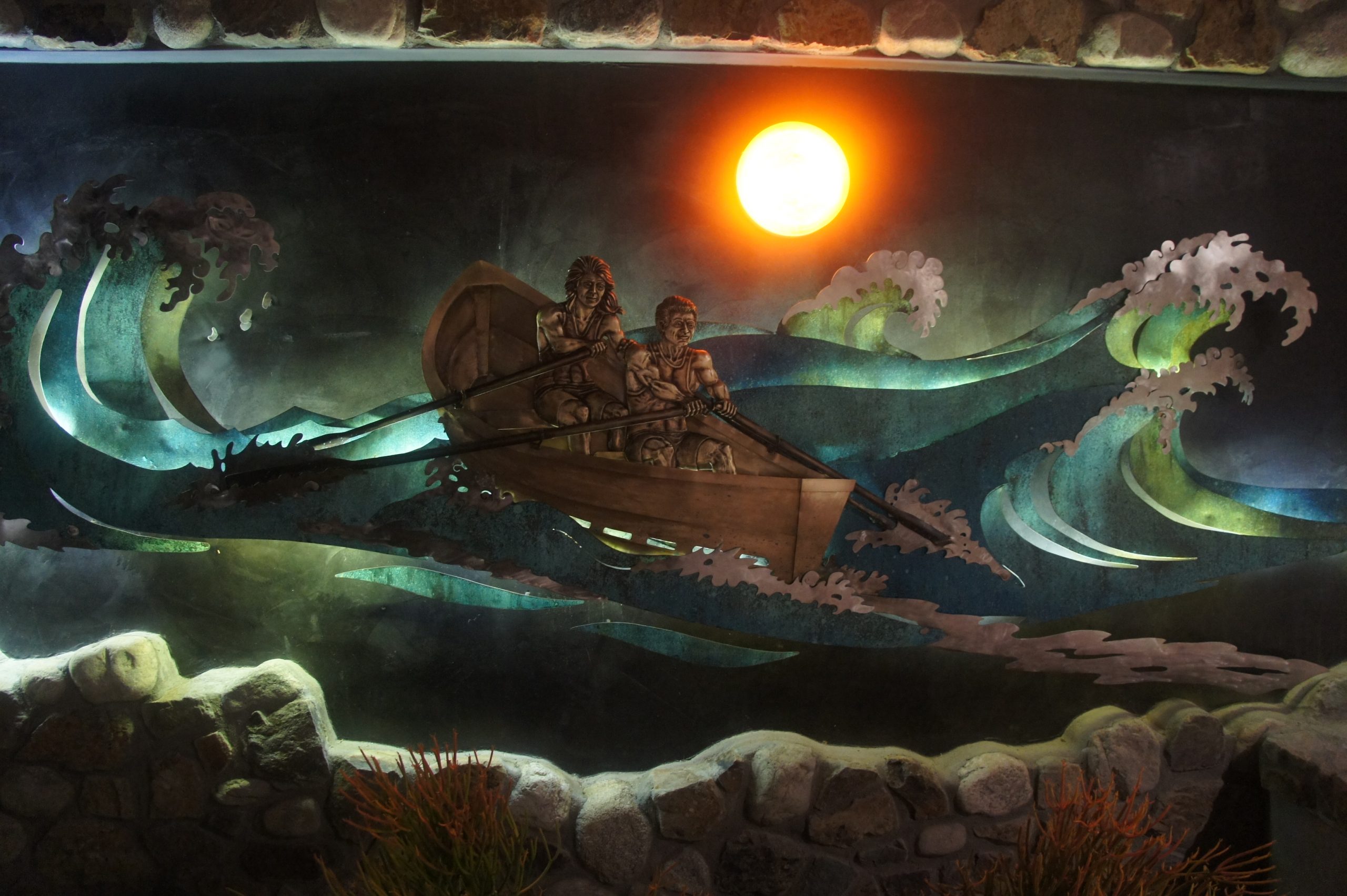 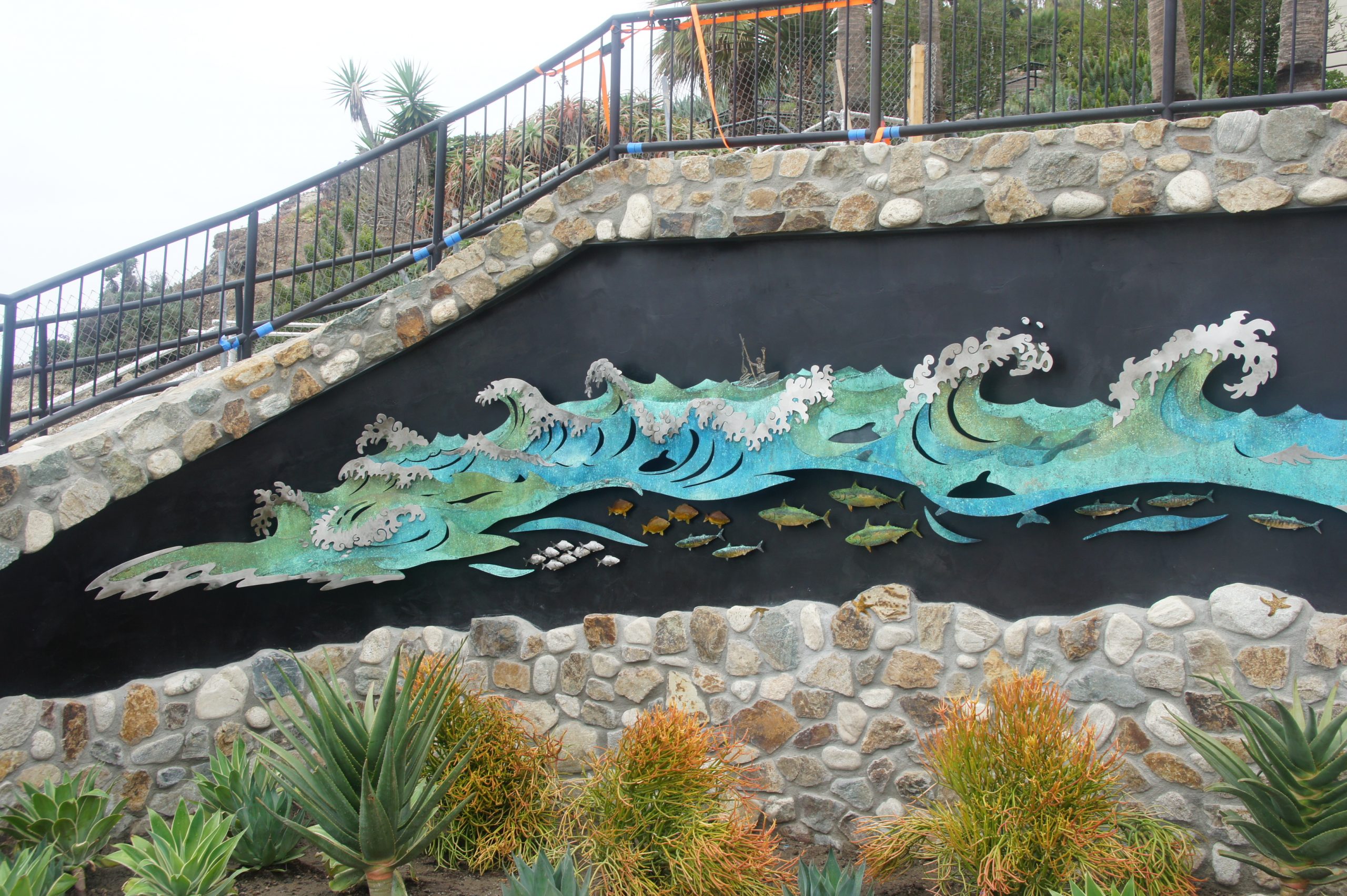 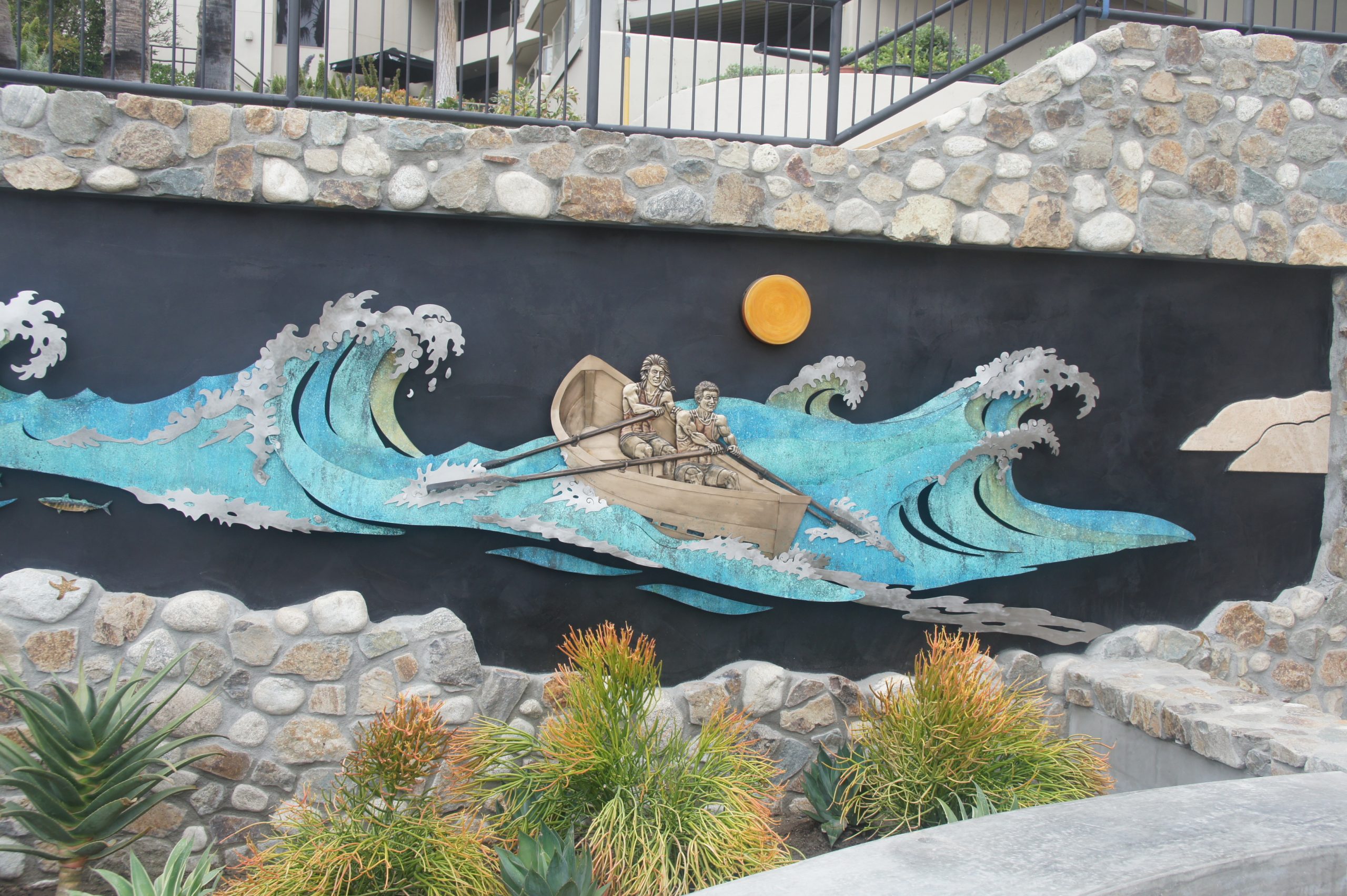 designed To honor the Lifeguards and created an ocean dialogue for the new Laguna Beach Lifeguard Headquarters. It's 4' height and 33' long in 6 sections weighing roughly 150lbs each. The layered sculptural mural features a marine scene of undulating waves crafted from sheet bronze, copper and stainless steel. Lighting behind the mural glows at night.

This work was created for the long hillside access retaining wall projecting from the new building to the new steps. The colors, forms, and dialogue harmonize nicely with the HQ building, its dark black glass and clean lines. The location is next to an ever-changing sea. One key goal was to create a focal point seen from well across the boardwalk to use as an artistic landmark for the LGHQ, public restrooms nearby, and a stairway to the upper bluffs. Also lit from behind at night, a dynamic landmark even after dark.

This collaboration was between Terry Thornsley designer, artist & sculptor, Siân Poeschl, Cultural Arts Manager who served as a liaison for the Arts Commission, and Wade Brown, Project Director for the City of Laguna Beach. The city council had a mural competition : Terry Thornsley was selected by the committee. There was a great deal of coordination required to make this project happen. The city helped with many changes to the site as well as unexpected fixes that came up.

The mural was created to acknowledge the bravery of the Marine Safety Officers who risk their lives to save others. Thornsley found inspiration in Katsushika Hokusai’s famous woodblock print “Great Wave Off Kanagaw." This inspired the treacherous waves in “Grace.” He created a sea of similar torment in homage. An ocean kayaker, sailor and diver, Thornsley’s mural also pays respect to the ocean he loves.