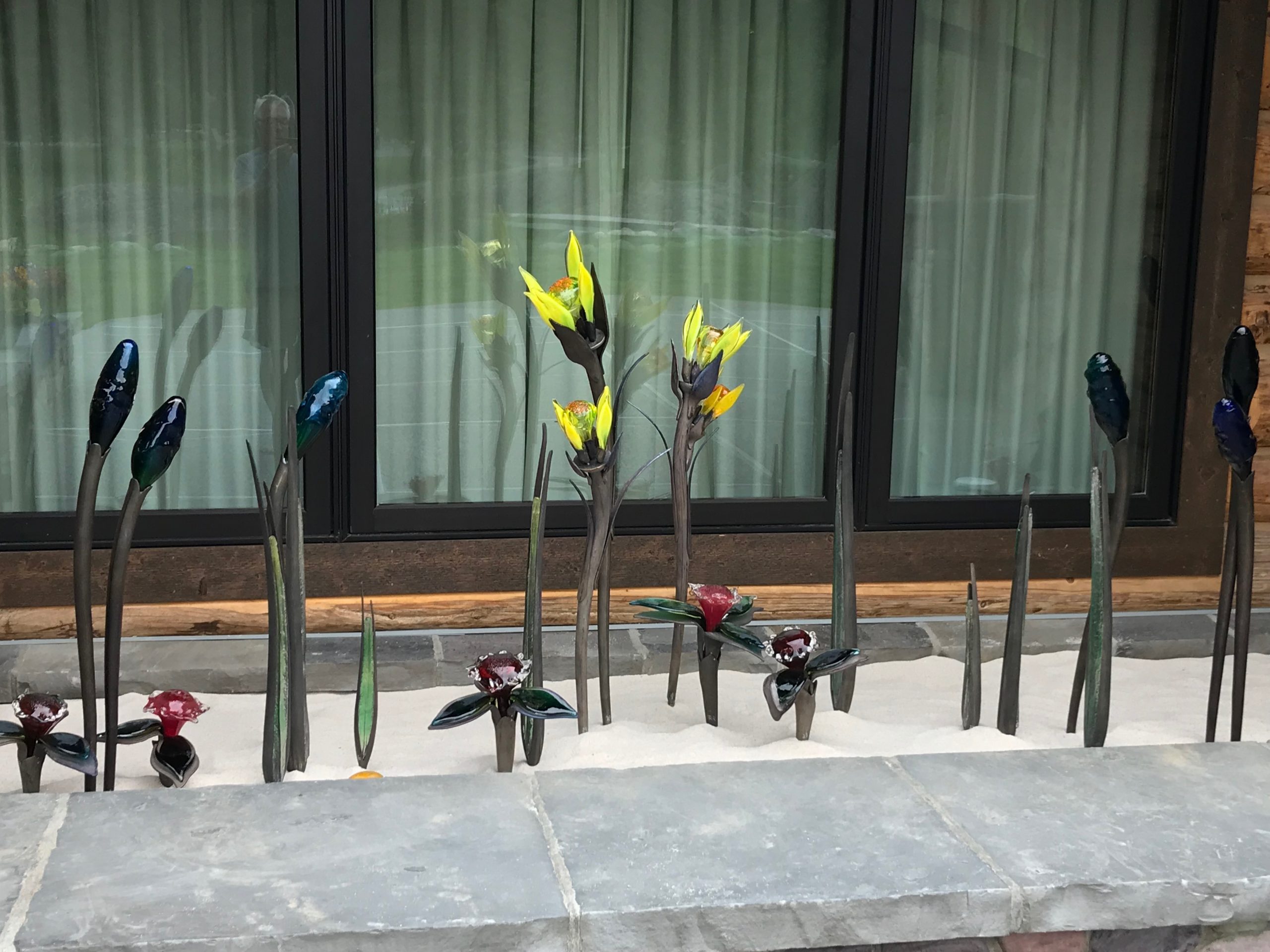 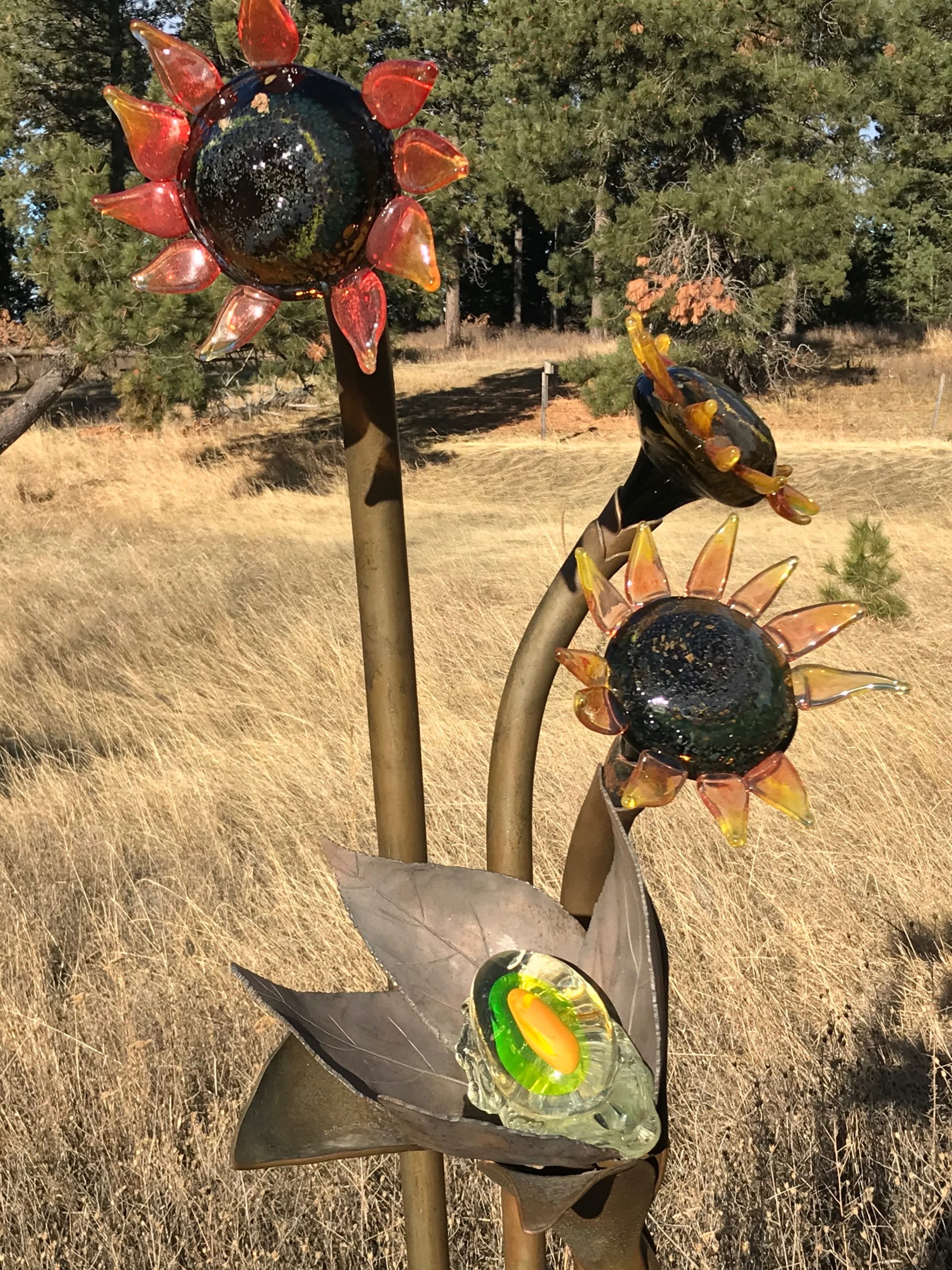 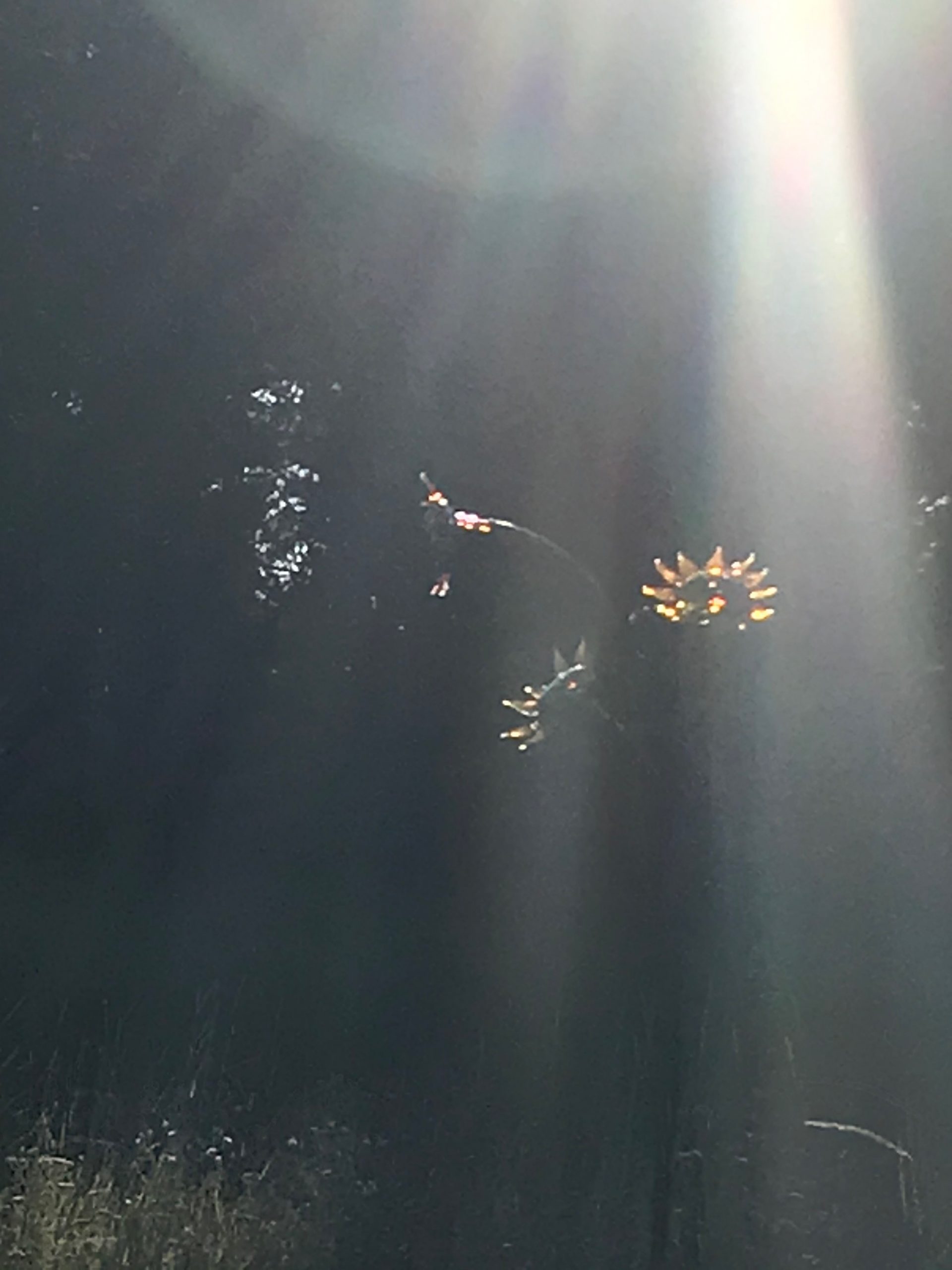 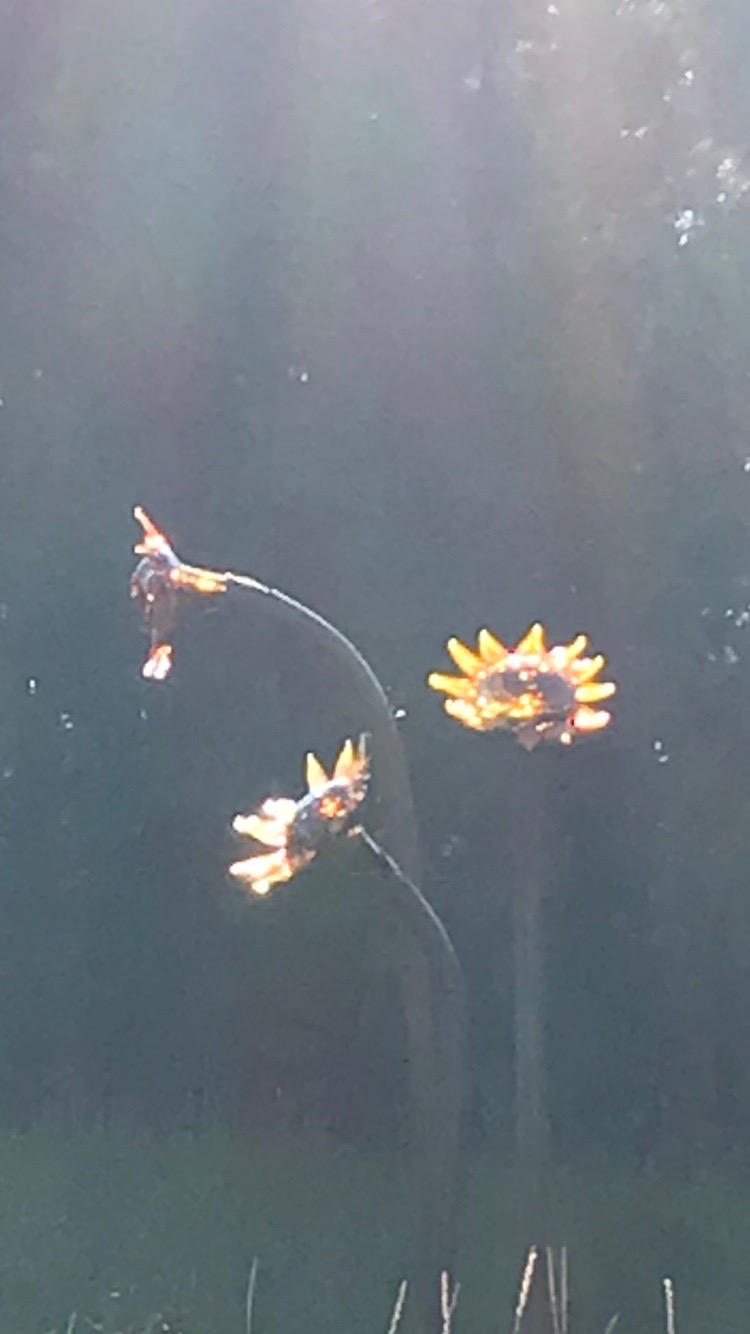 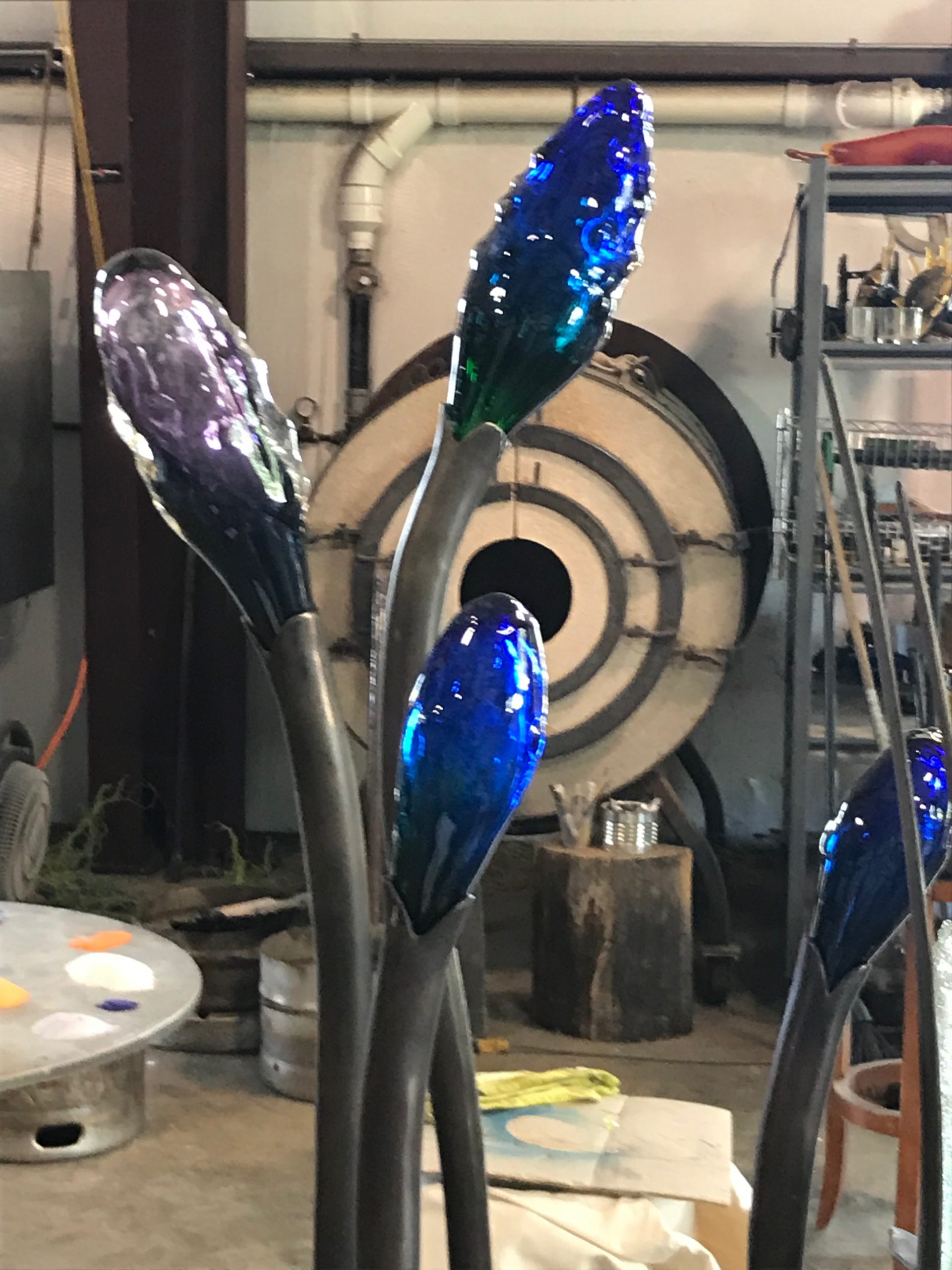 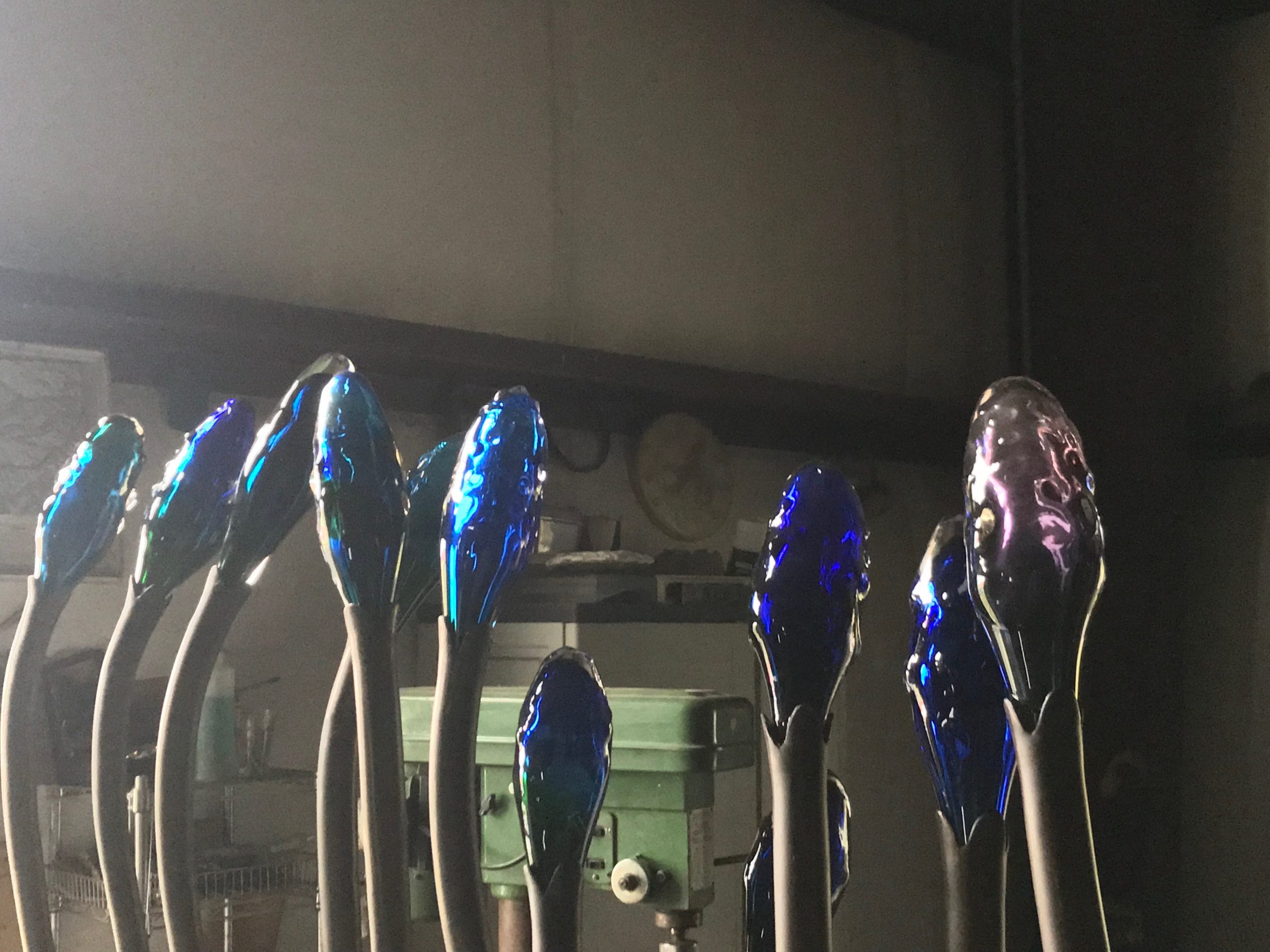 Nancy Goodson saw my solo exhibition “Grounded” Life Force in Glass and Metal at Bigfork Art and Cultural Center in Bigfork, MT and got the idea for a glass garden for they’re new home and property. She contacted me about the possibilities of bringing her idea to fruition. I was excited about the concept as plant life has been a re-occurring theme in my work for years. I suggested that I would make several sketches with variation in design and come for a visit to the site and a first meeting. A site near the building was decided on, a 25′ long stone flower box at ground level. I made several prototypes in blown glass, to discuss at our 2nd meeting. Decisions were made on the overall design, favorite prototypes, budget and timeline. And from there the work began.

The goals were to bring color and light into the space and provide a focal point in the area - where friends and family gathered.

The first step for the team at the studio was to plan the design for the steel armature that the stems would attach to. This mounting system would later be buried under white sand, so the flowers appeared to grow up through. There was much discussion on the depth, what material to cover with and spacing etc... Adam, the landscape manager was very helpful with several solid ideas. One of my favorite aspects of commission work is meeting new folks, and listening to they're ideas. Many good solutions have come to light.