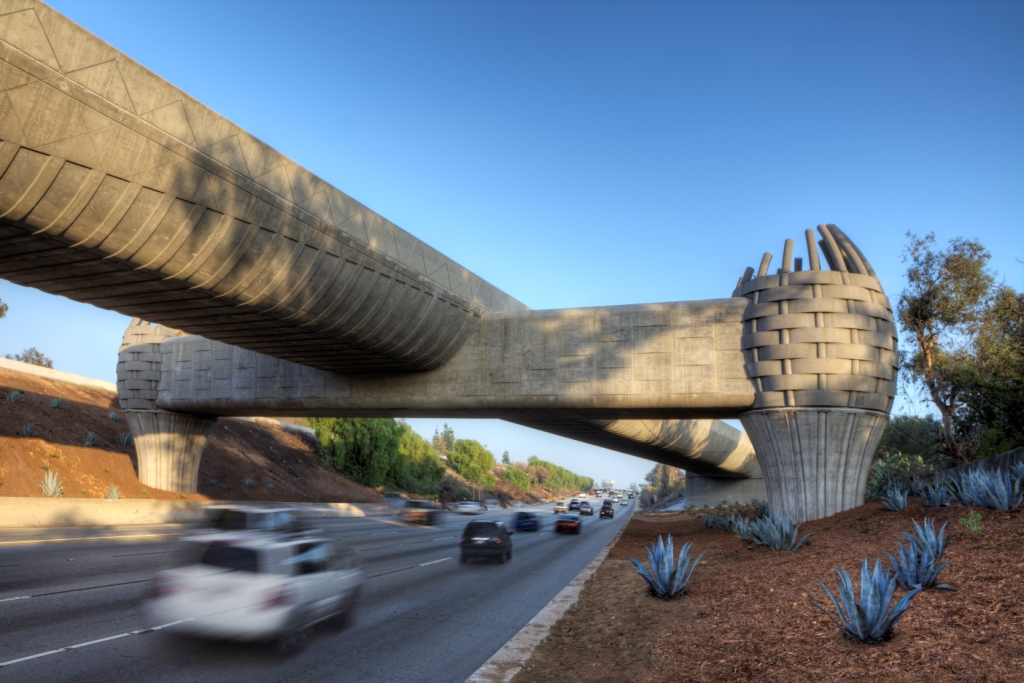 Andrew Leicester was hired prior to the bridge design. Leicester worked with the Authority over one year developing the concept with numerous community feed back. Approved concept was then engineered by AECOM and put out for bids. Skanska USA was awarded the contract.

The baskets pay tribute to the indigenous Native American inhabitants of the San Gabriel Valley and the growth of agriculture as a major industry. The bridge superstructures references the Western Diamond back snake native to the nearby mountains.