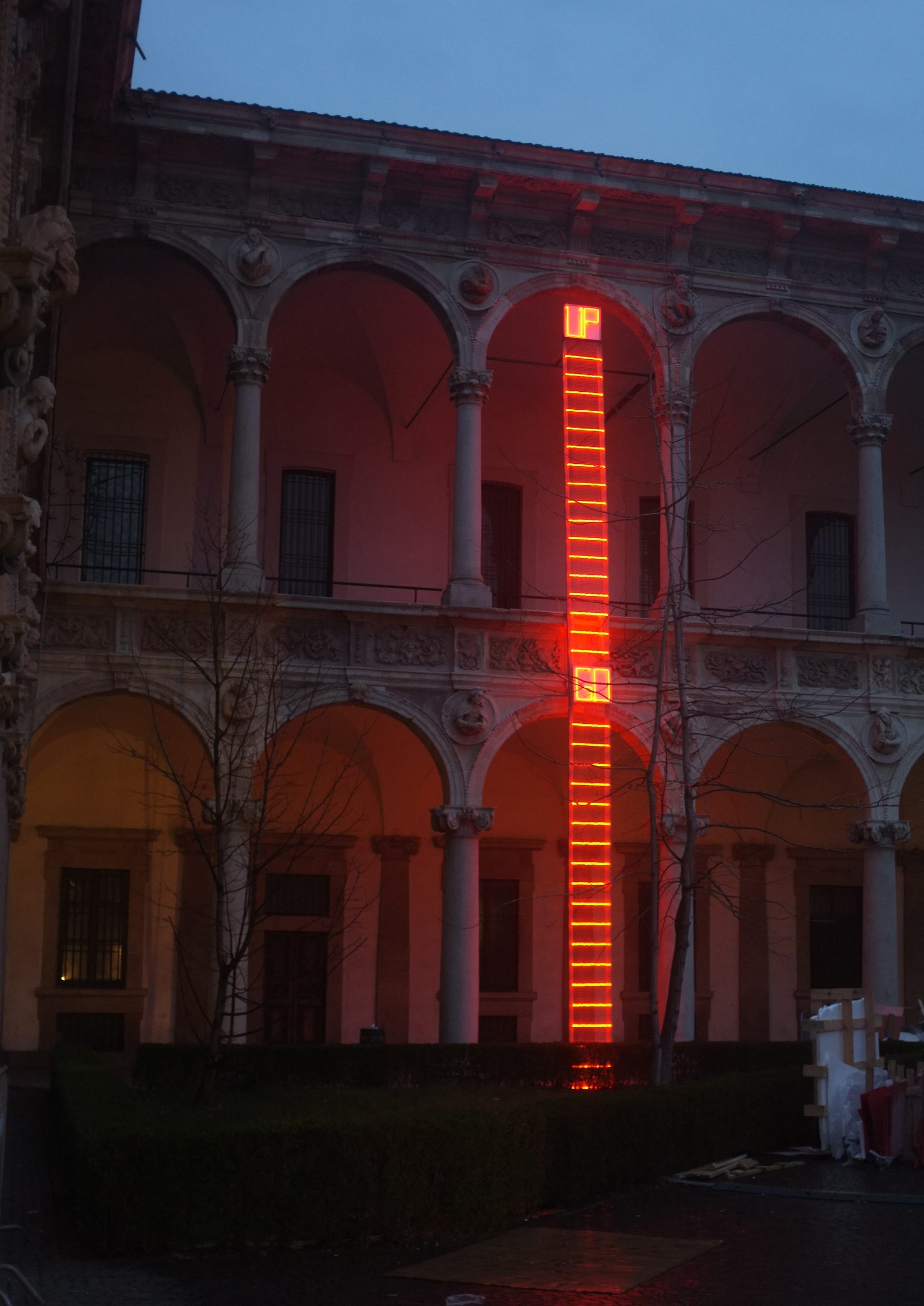 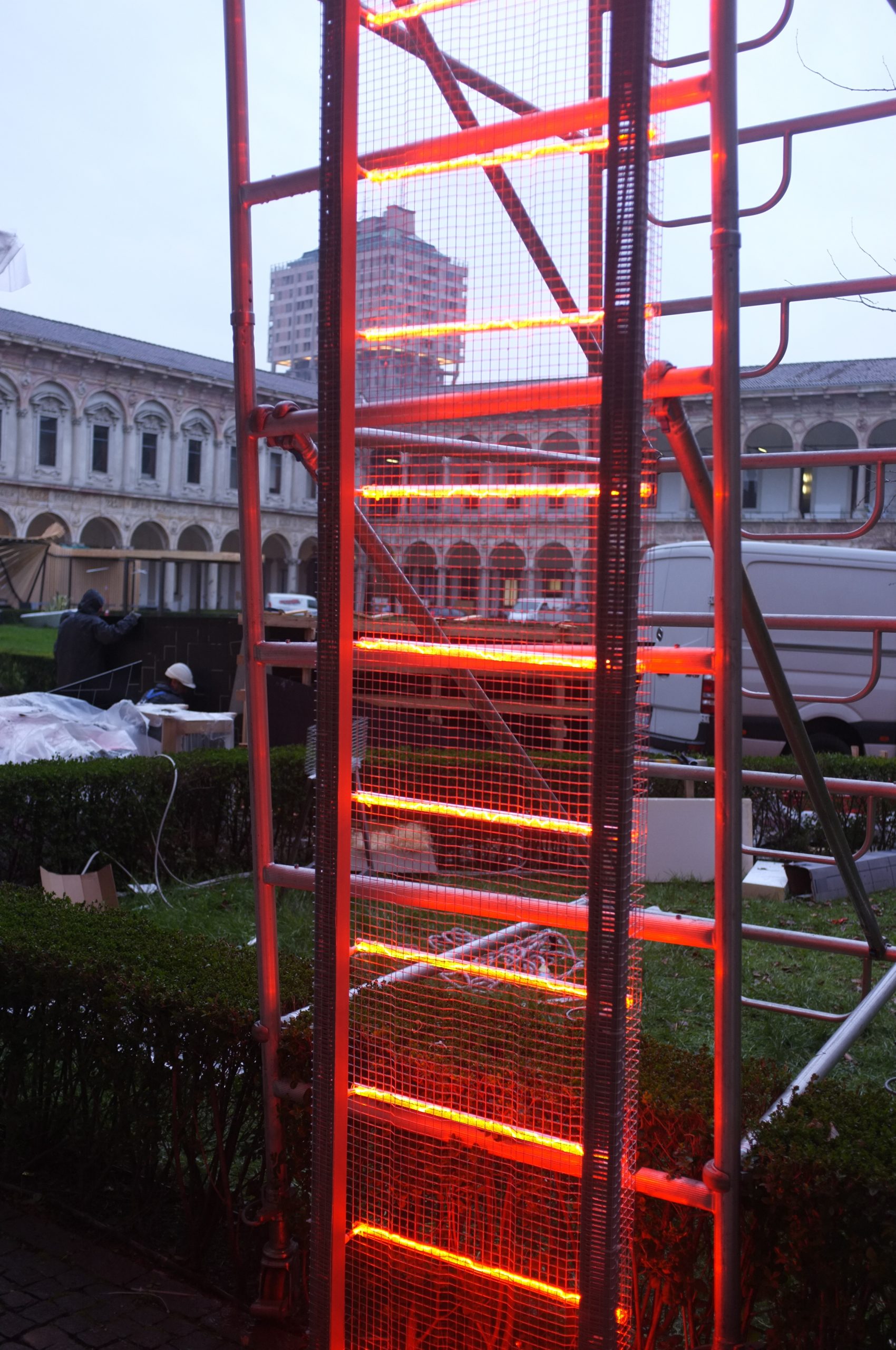 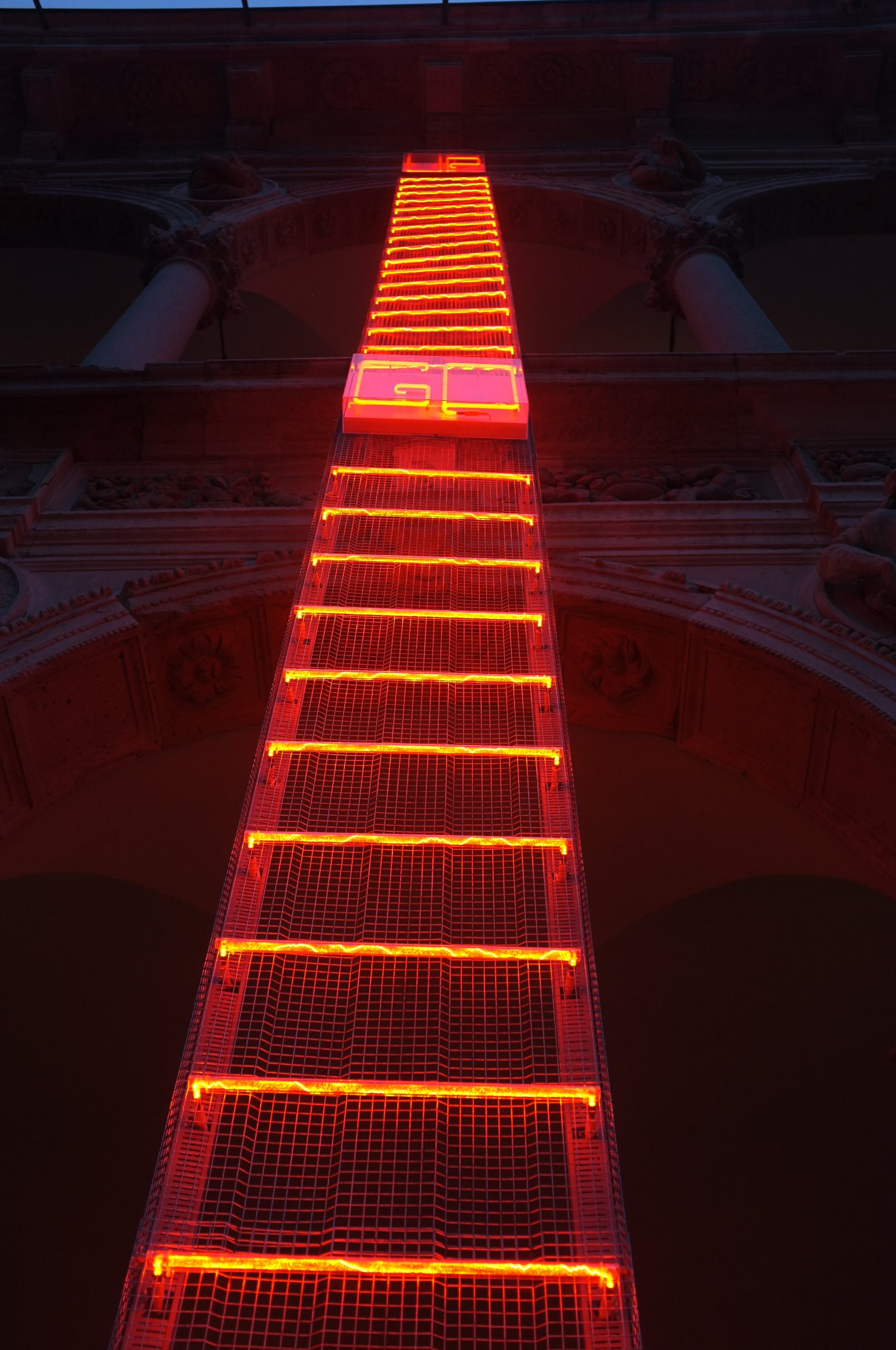 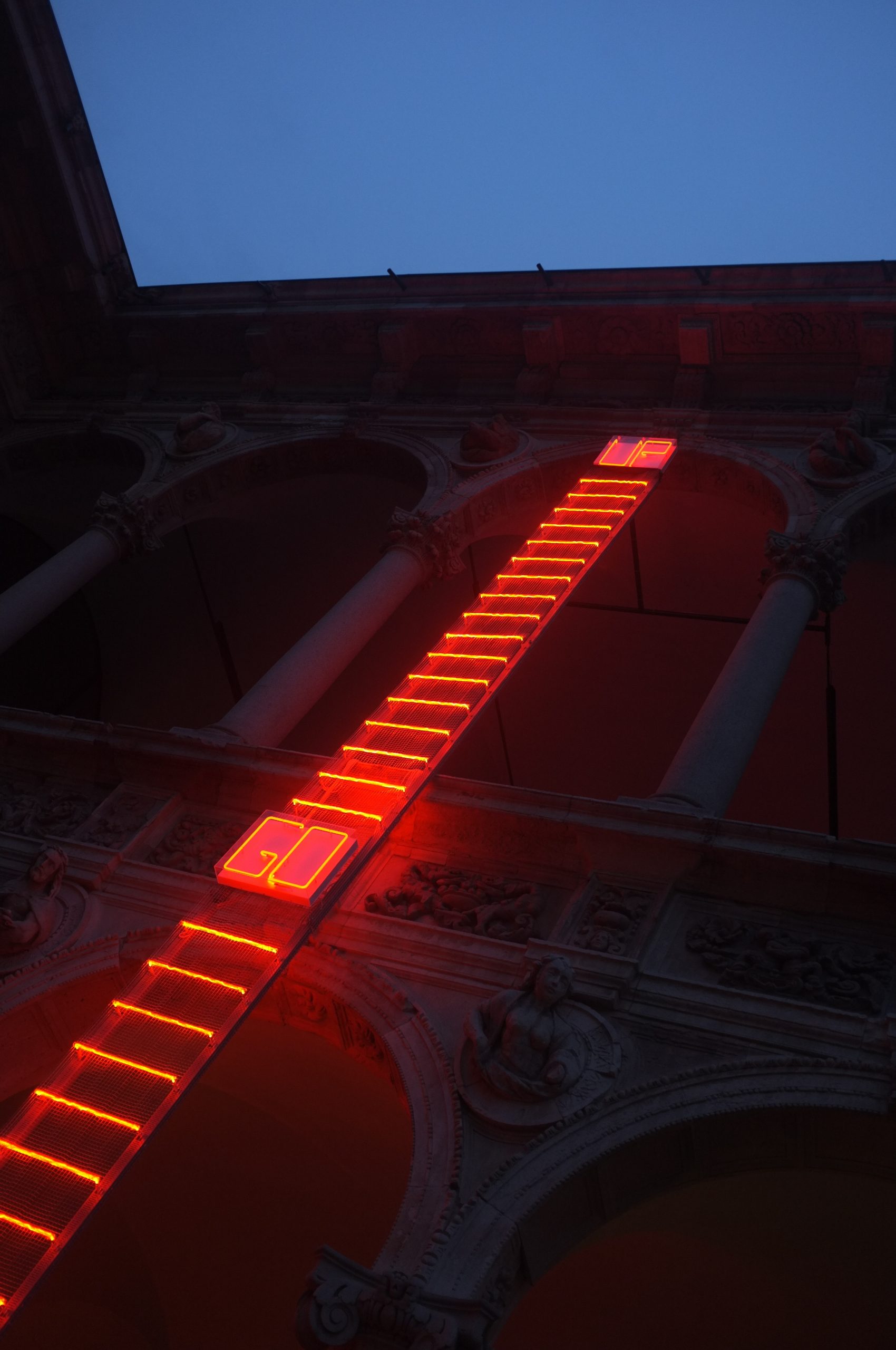 Build with light, which is a central element of life. There would be no life without light, light is form and sign for the eye and the mind.

The exhibition is on the theme of métissage in architecture and design: the concept of
the hybrid is interpreted here as an encounter of cultures and technologies capable of
generating solutions for the unknowns and problems of the contemporary world.
As the French sociologist Michel Wieviorka has observed, “at times the encounter
between different cultures triggers processes of mutual influence and changes that create
original cultural forms. This métissage, this cultural exchange, authorizes the production of
difference in the outlook of encounter and relations between single individuals, who live in
the ambivalence of belonging to multiple identities”. (from INTERNI_press kit). A work of great impact in concept and visual effects , a total cut upward of the marvellous architecture of the colonnade in the main courtyard of Università Statale The hybrid dream of both: a spiritual and conceptual utopia.

It's a significant architectural sign : the staircase, indicating rise, conjunction, achievement, but this is an ephemeral staircase, destructured, made of light in suspension and never-ending movement, a metaphor of intangible presence, the thought of an architect or of a poet?!. Here the artwork is a light sign between hystorical architecture and contemporary art. in this case "So métissage, shifted into the field of architecture and design, appears to be a credible
alternative to the concept of the Melting Pot (the acritical aggregation of cultures and
traditions) and to the linguistic and cultural uniformity produced by globalization.
With the event Hybrid Architecture & Design, Interni activates a stimulating dialogue
between designers and companies, taking the form of site-specific works seen as new
forms of intercultural communication, in a perspective that goes beyond ethnocentrism,
while bringing out the contributions and expressions that arrive from the cultures of
different countries"

This artwork has been made using for the first time a new modified neon Cracked tube with the effect of light in movement. Artwork height 40 feet.