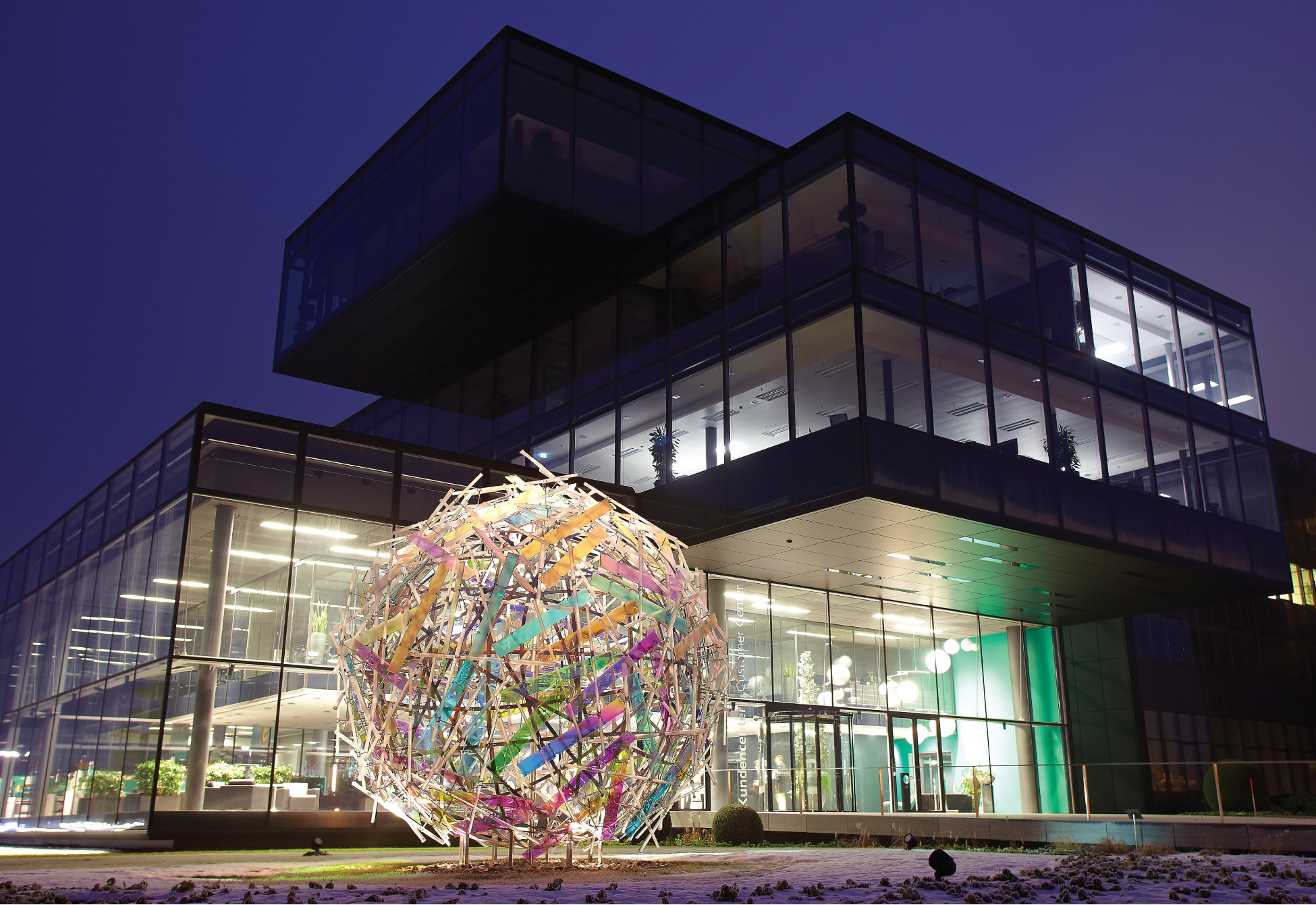 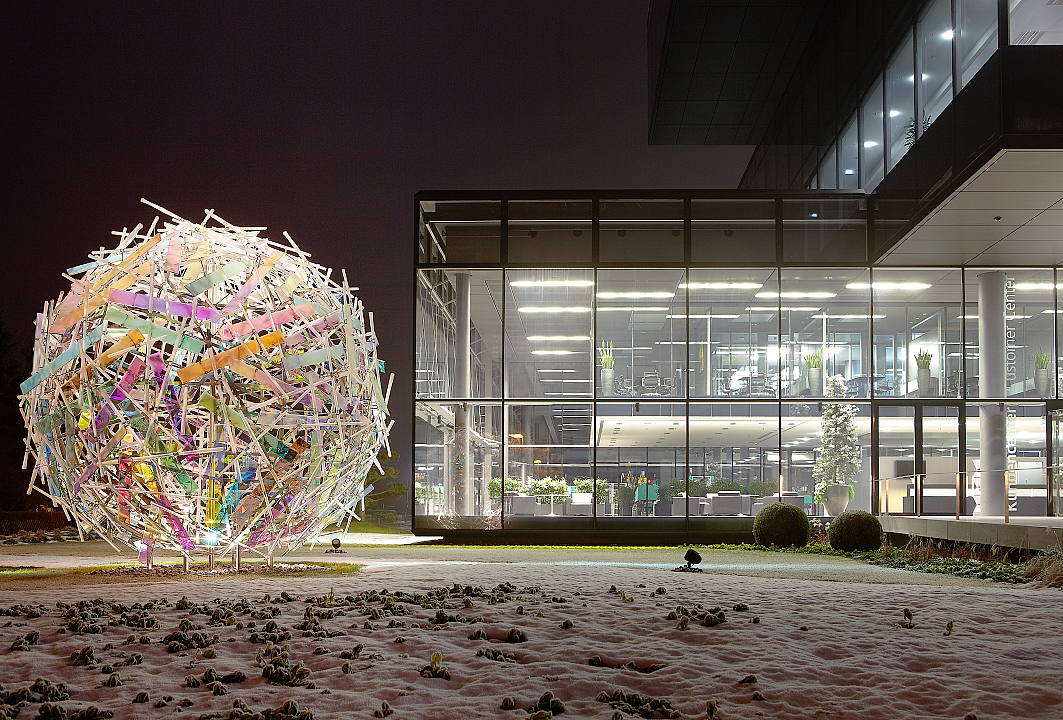 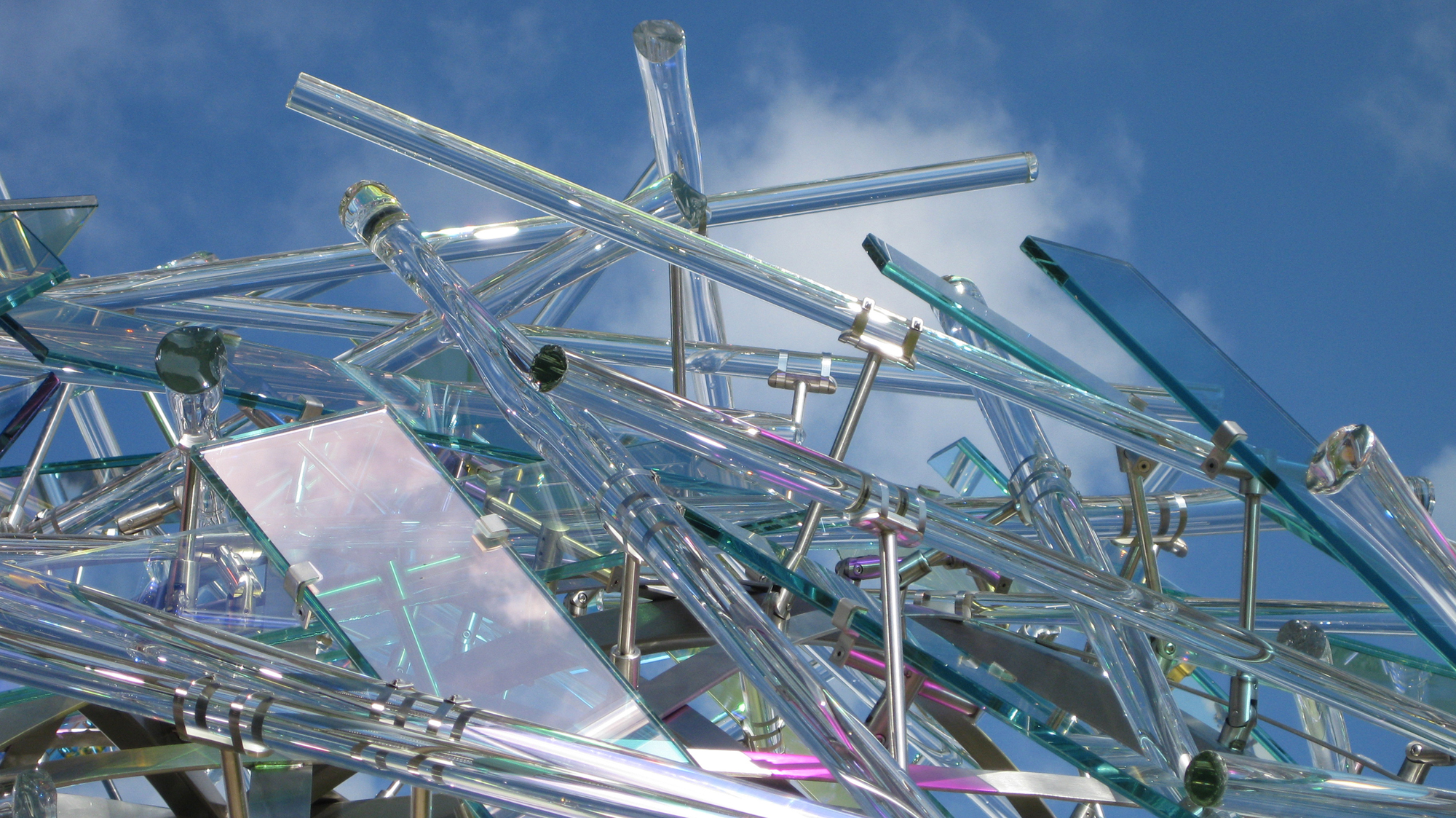 The project began with a call to Huether from one of the members of Arburg’s founding Hehl family. An immediate rapport developed between the two, as Huether holds joint U.S./German citizenship. Huether was quickly able to translate the owner’s vision for the piece into a scale model and flew to Germany one week later to discuss the project. The spherical form provides a complementary contrast to the building’s stacked rectangles while symbolizing Arburg’s global reach. The sculpture is fabricated from stainless steel, pulled art glass rods representing the raw materials utilized by Argurg, optically perfect Pyrex glass rods representing the company’s precise final product and dichroic glass reflecting Arburg’s ability to create products in a wide range of colors.

Several mock-ups were created before arriving at the final design. All the stainless steel connectors and fittings were engineered and custom-made with old-world craftsmanship by Huether’s partner studio, headed by Sebastian Willeke, in Germany. The sculpture armature was completely fabricated and glass location determined at Huether’s partner Sebastian Willeke’s studio in Aachen before being disassembled and moved to Arburg’s Customer Service Center in Loßburg. After the mock-up was complete, the sixteen-foot-diameter armature had to be disassembled and cut into pieces for transportation to the site via the Autobahn. Installation of Globussphäre took place in Loßburg over several days.