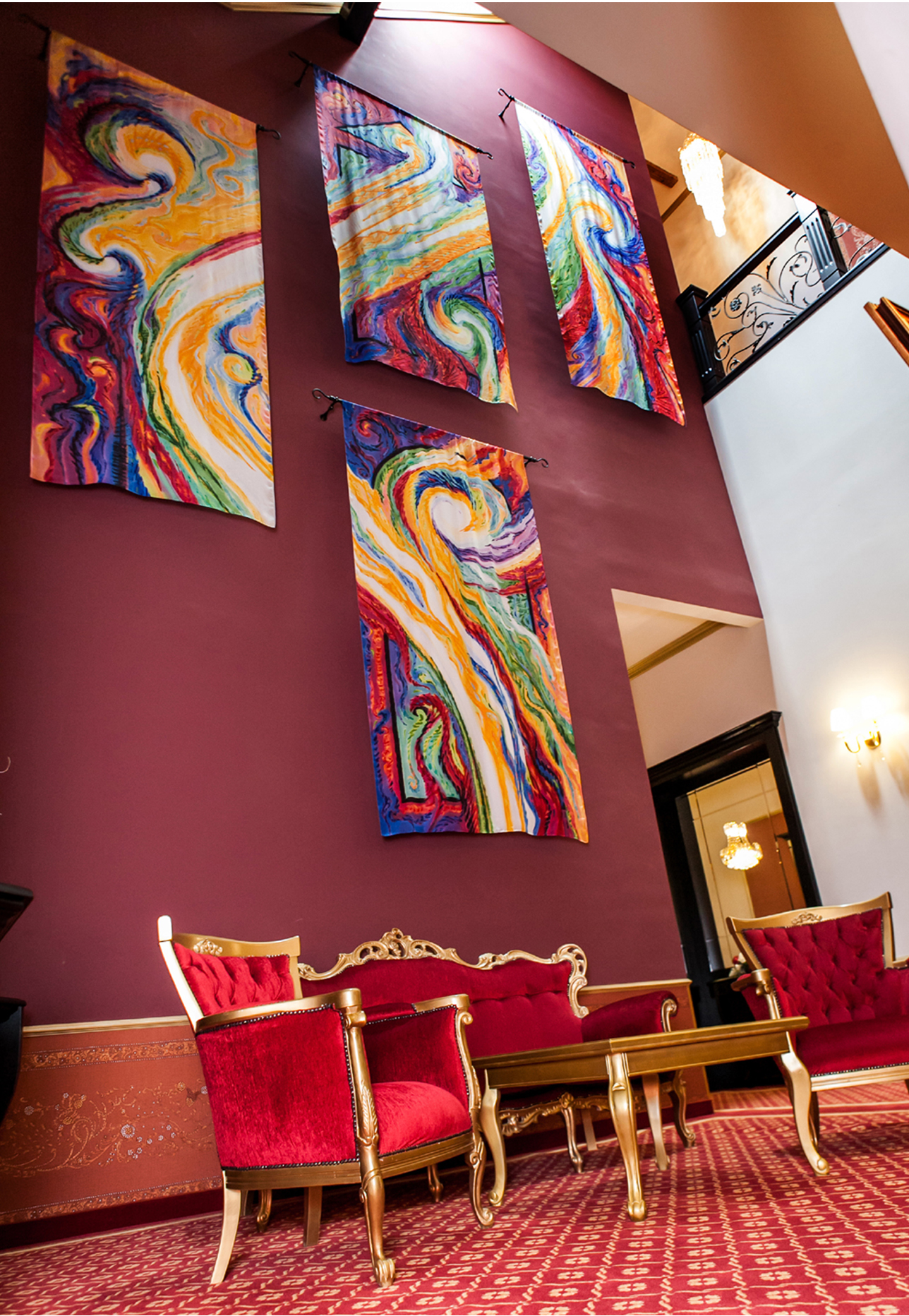 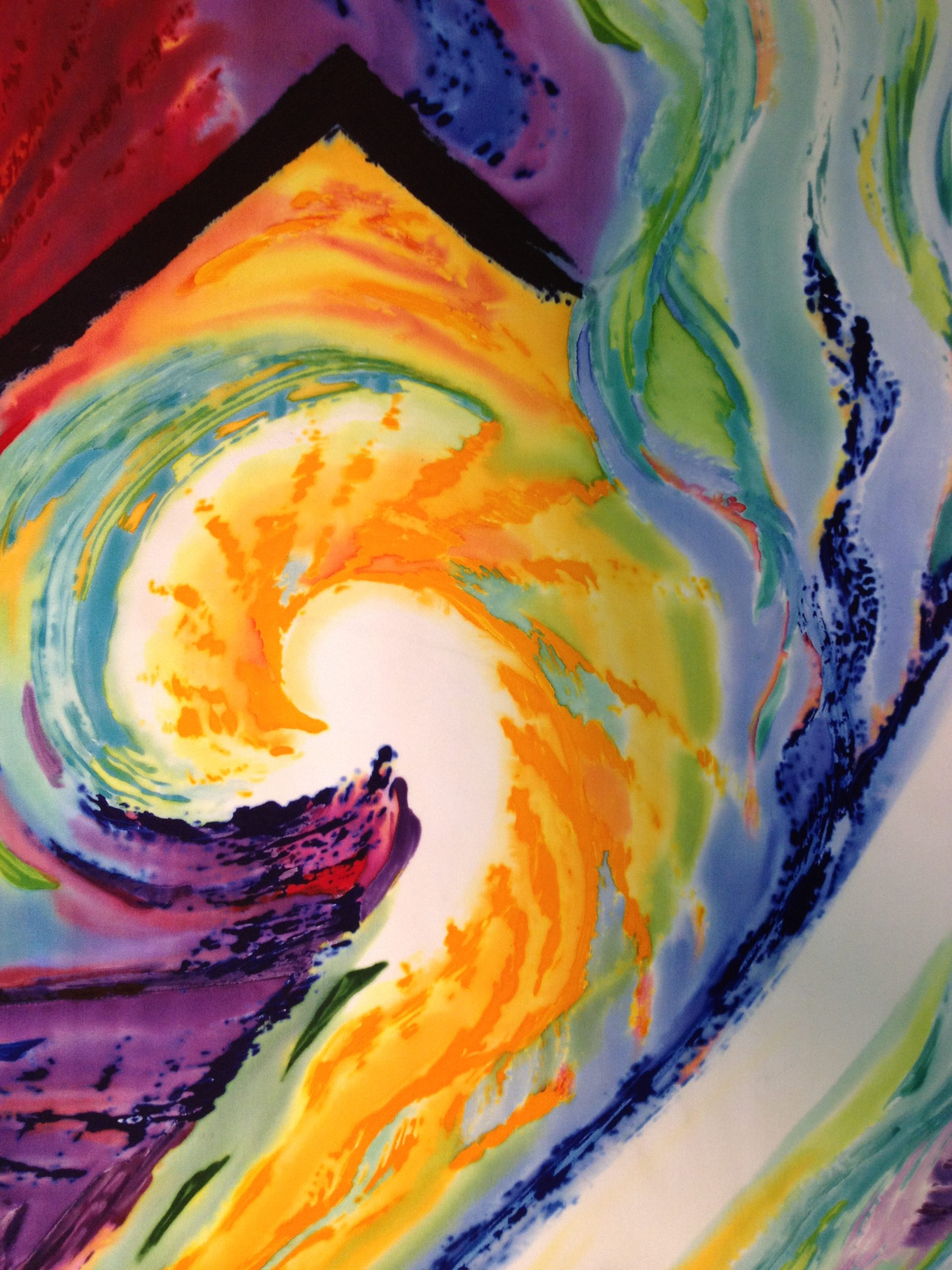 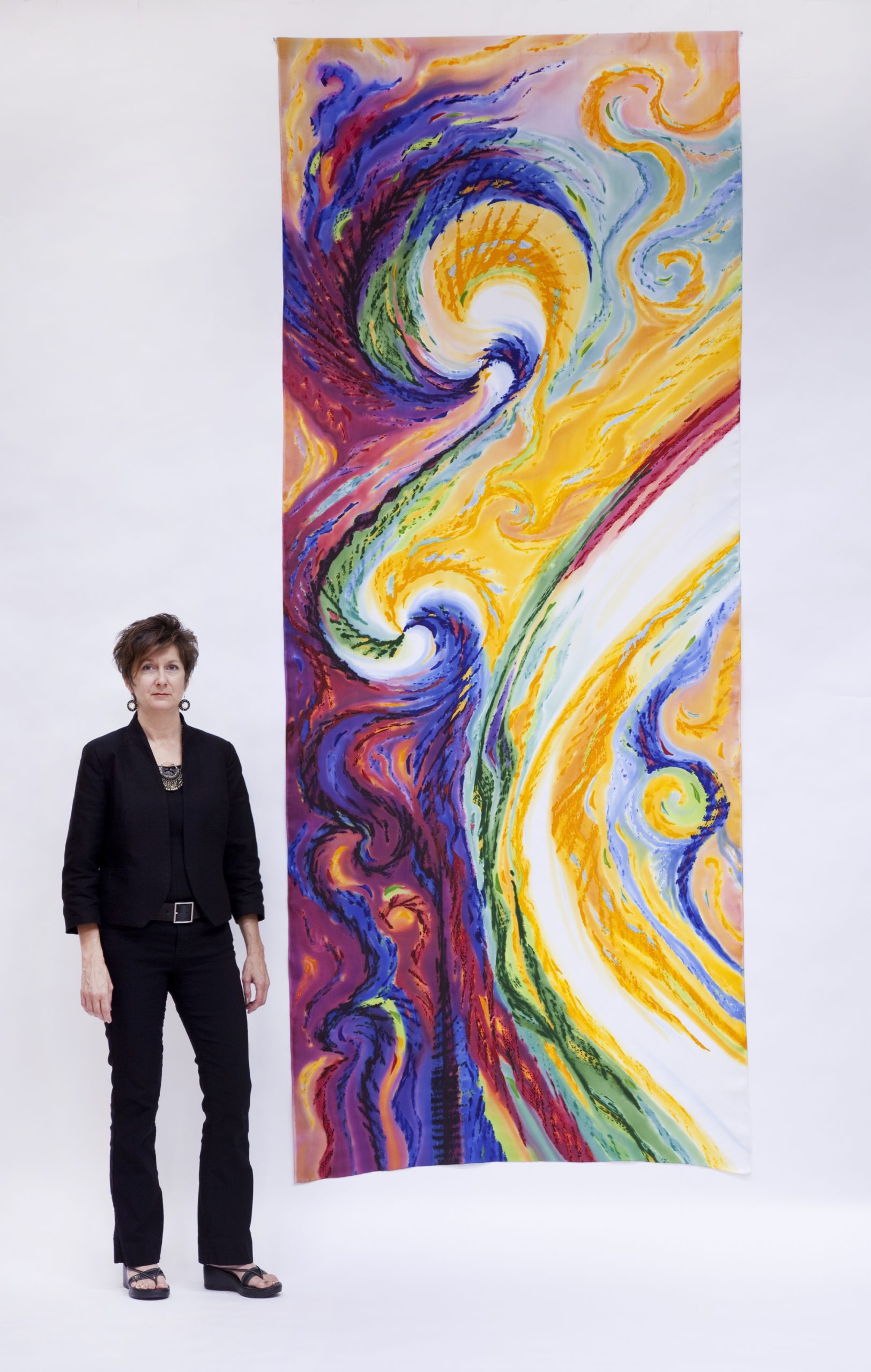 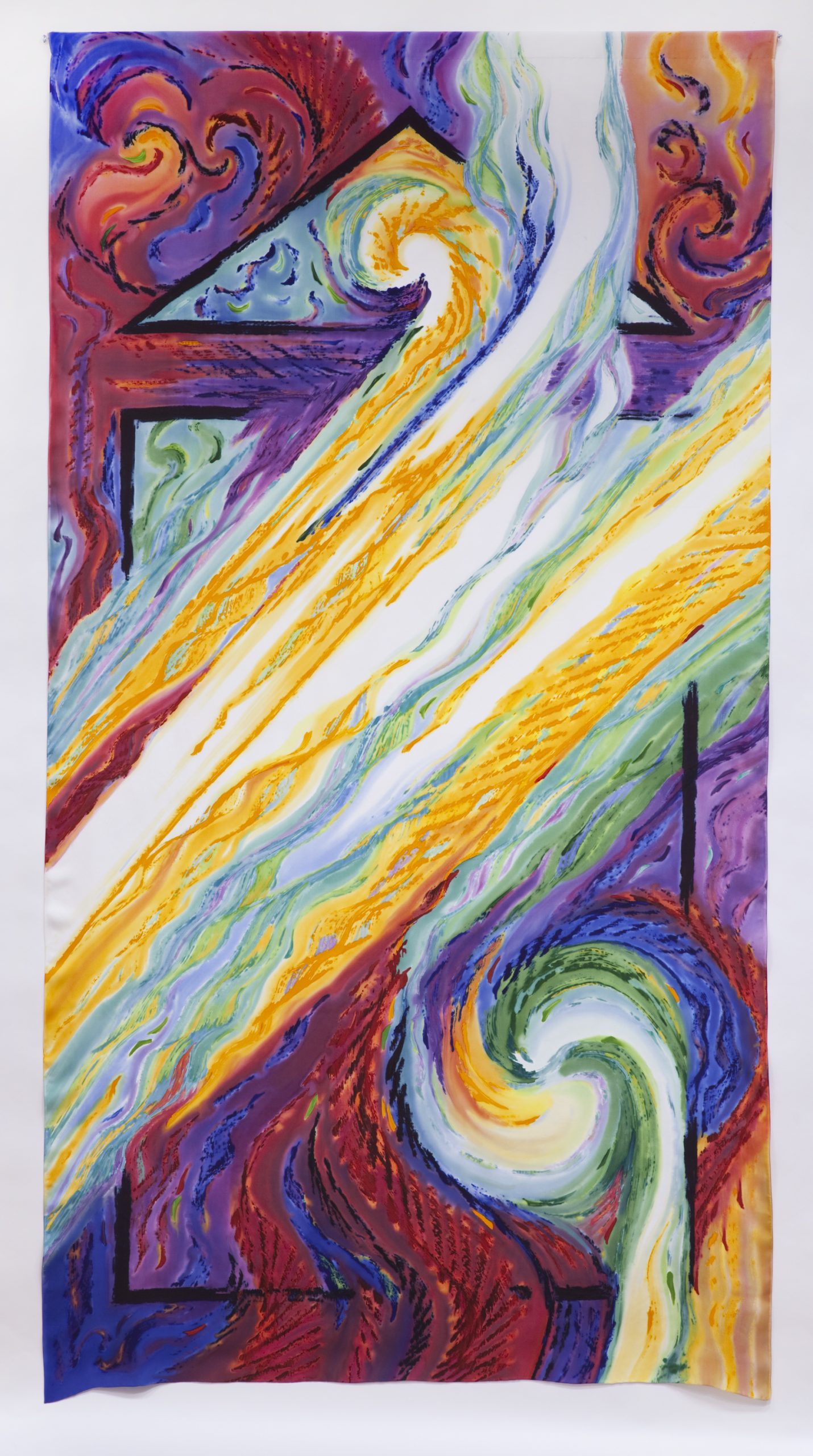 "Glassblower's Breath," is titled after a Rumi poem, The New Rule. The project consists of four paintings on silk, each 5 feet wide by 8-10 feet long, suspended on a two story maroon wall in the central atrium. Fiber-reactive dyes were used to paint the image by hand. The pieces were then steamed, washed and finished to return the silk to its original fluid texture. The works are suspended from a rod about 6" away from the wall to create slight movement with air currents.

Central Park Hotel is an art destination hotel filled with original artwork by Romanian and international artists. The large maroon wall in the central atrium was key in tying together the first and second floors, and creating an anchor space. Architectural elements from the facade of the building are echoed in the pediment and arch in the center panels of the artwork. The interior design and the surrounding architecture is full of color and ornamentation, influencing the hues in the paintings. The black is an echo from the trim in the hotel and swirling shapes play off of the ironwork on the balcony. The sky light above the wall influenced the light areas in the paintings that flow down and across the pieces. This light integrates the composition and ties together the two stories of the atrium space. While this project is a permanent installation, other art in the hotel is for sale, with proceeds going to support Veritas (veritas.ro), a human rights organization in Sighisoara that serves the community through education, social services and intercultural exchange.

Yoder's artwork was recommended for Central Park Hotel by a mutual friend of Wilmer Otto, the owner of Central Park Hotel. The meticulous restoration (shown here: terracapitalsighisoara.wordpress.com) of the Romanian hotel was almost complete and the central wall was in need of large scale, original artwork for the approaching grand opening. The client, designer and hotel manager agreed on Juanita Yoder as the artist for the job based on her track record of commission work. A trip to the historic Sighisoara was quickly planned for an on-site visit, and initial sketches were fine tuned on location during conversations over delicious Romanian cuisine. Scale watercolor designs were approved by the client. Back in the United States, four paintings on silk were created and completed in time for a second trip for the gala grand opening of the hotel in May of 2013.

The title comes from a phrase in the Rumi poem, "The New Rule" as translated by Coleman Barks. The phrase is, "... break the wineglass and fall toward the glassblower's breath." This is a tribute to the Source from which these images have emerged for Central Park Hotel. The themes in these paintings include integration, connection, spiritual light and motion.