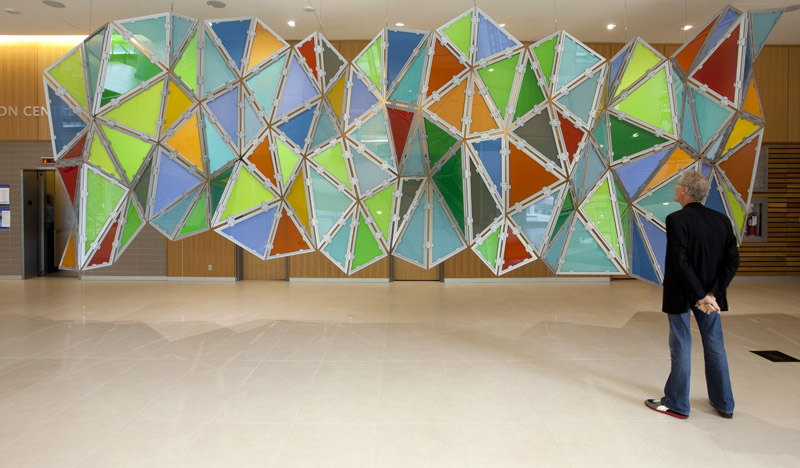 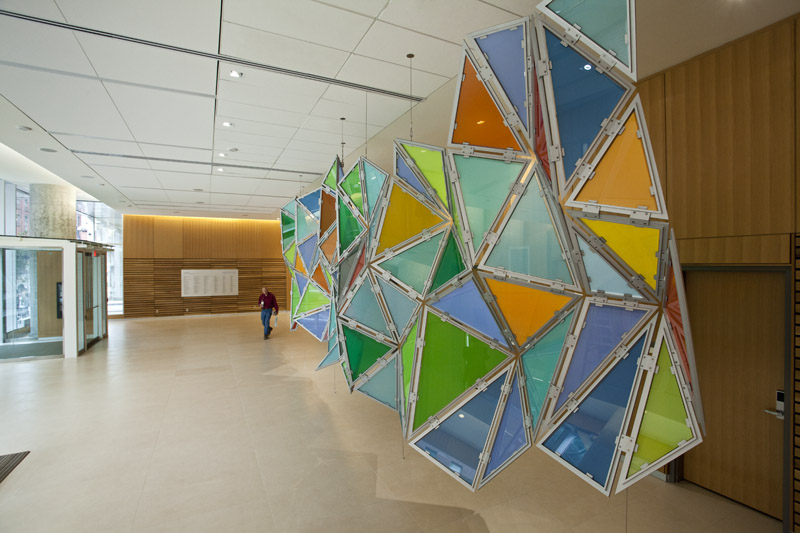 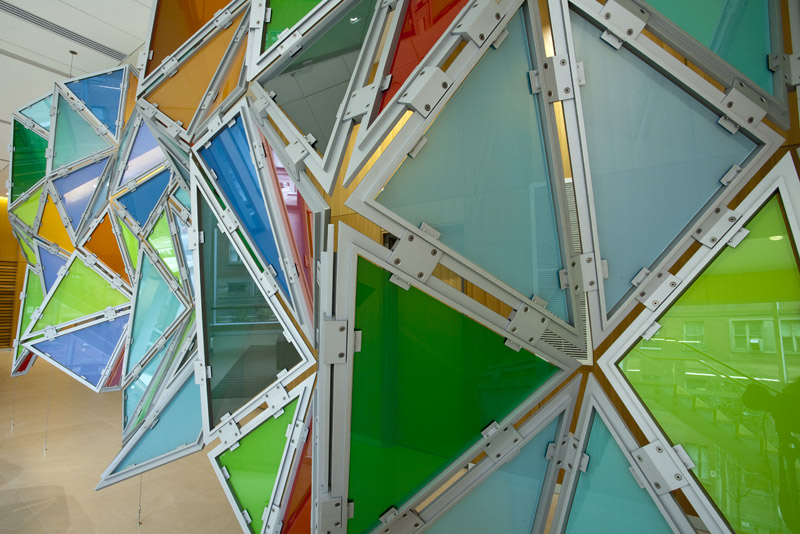 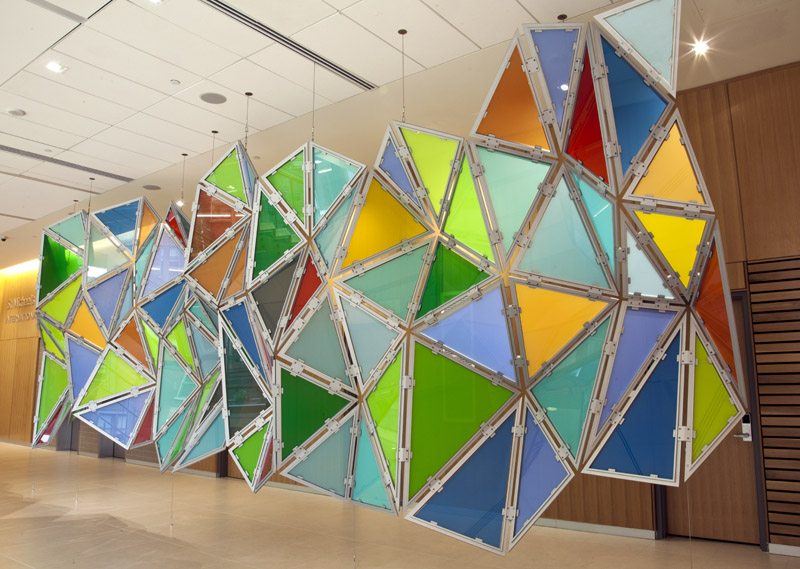 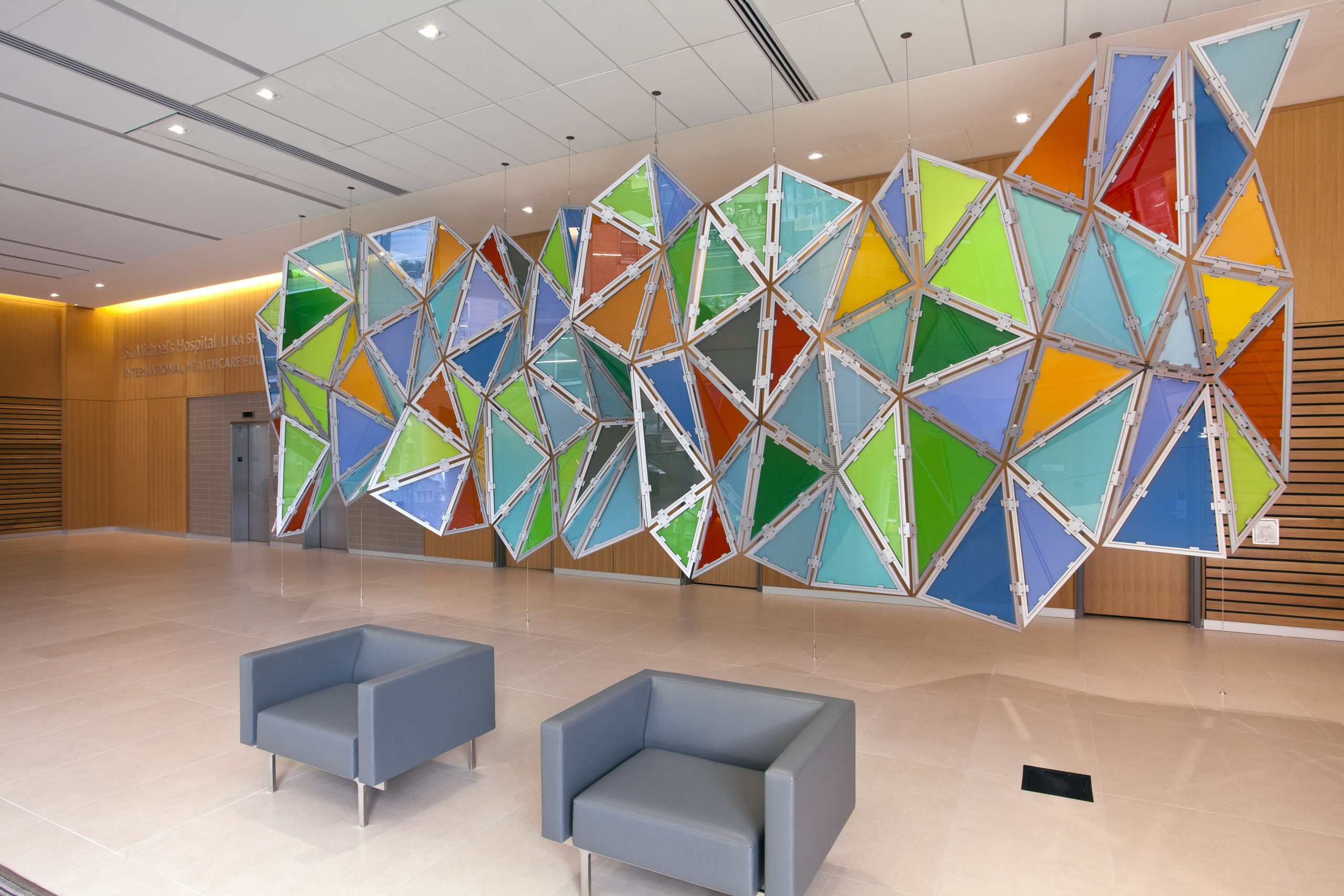 Hive Brane is a suspended undulating grid of three-dimensional hexagonal pyramidal forms utilizing a ” three-season” palette of custom-colored glass panes that is meant to operate as both a public artwork as well as a room-dividing architectural element in one of the public lobby spaces of the St. Michael's hospital complex.

“More than ten metres long, four metres high and two-and-a-half metres deep, Hive Brane is a colourful web of doubled-sided glass panes floating effortlessly in the open, spare lobby space. The work performs dynamically in the otherwise subdued context. Through a subtly tuned palette of 14 custom colours and a range of geometries, Eckart at once harmonizes his piece with the predominant earth and wood hues of the lobby space itself and greatly extends and enlivens its chromatic impact. The work’s translucent panels play with the abundant natural light that flows in from large southern and eastern exposures. While Hive Brane looks like a painting from some viewpoints, it works in 360 degrees and isn’t flat. More than an aesthetic object for our delectation, however, the piece must function in at least three ways: to welcome and redistribute both light and people from outside the building, to seduce the eye with its kaleidoscopic refractions, and to manage the interior space in a practical way by creating a semi-private corridor
within an otherwise open area." Cheetham, M. (2012).

"Relationships between form, surface and frame bear a strong relationship to a long term fundamental of Eckart’s work: to focus on two primary components of a painting— frame and panel.” Cheetham, M. (2012).