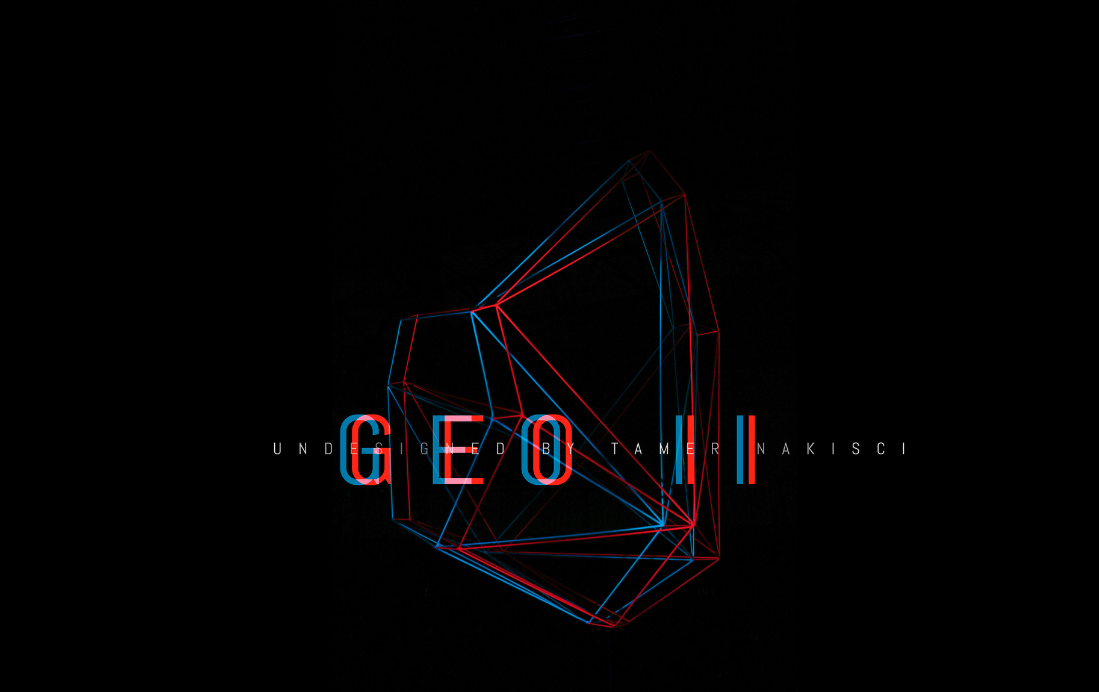 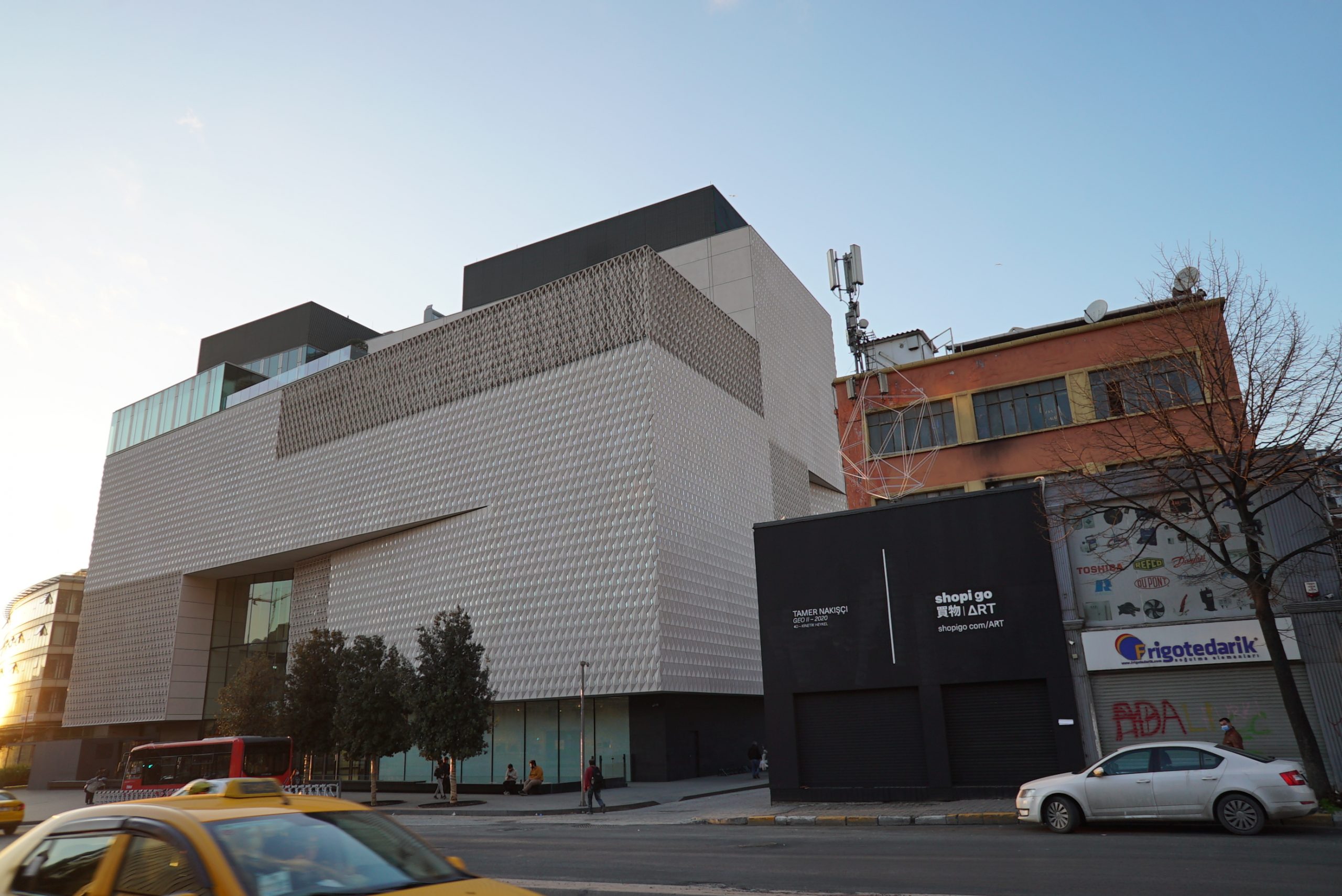 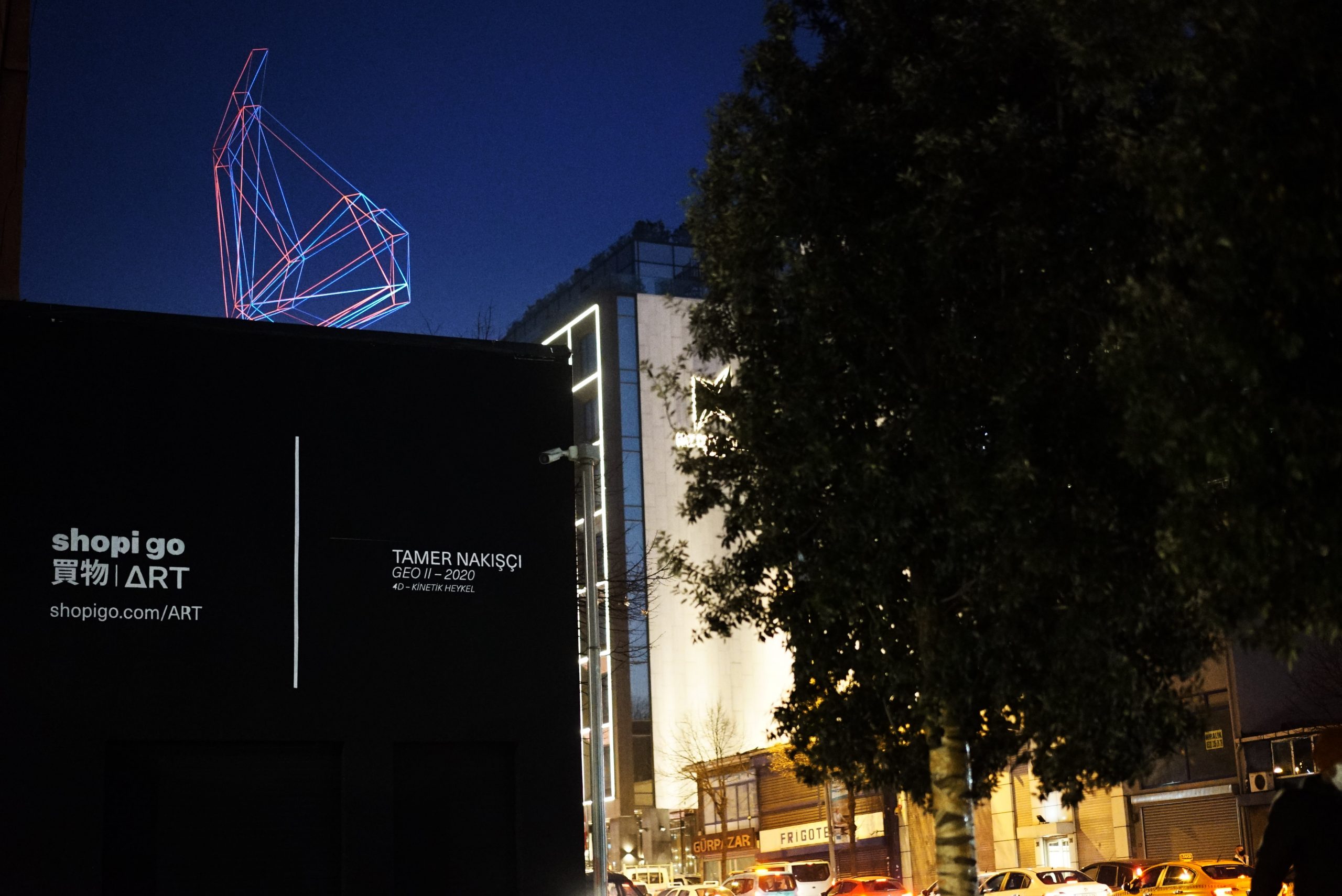 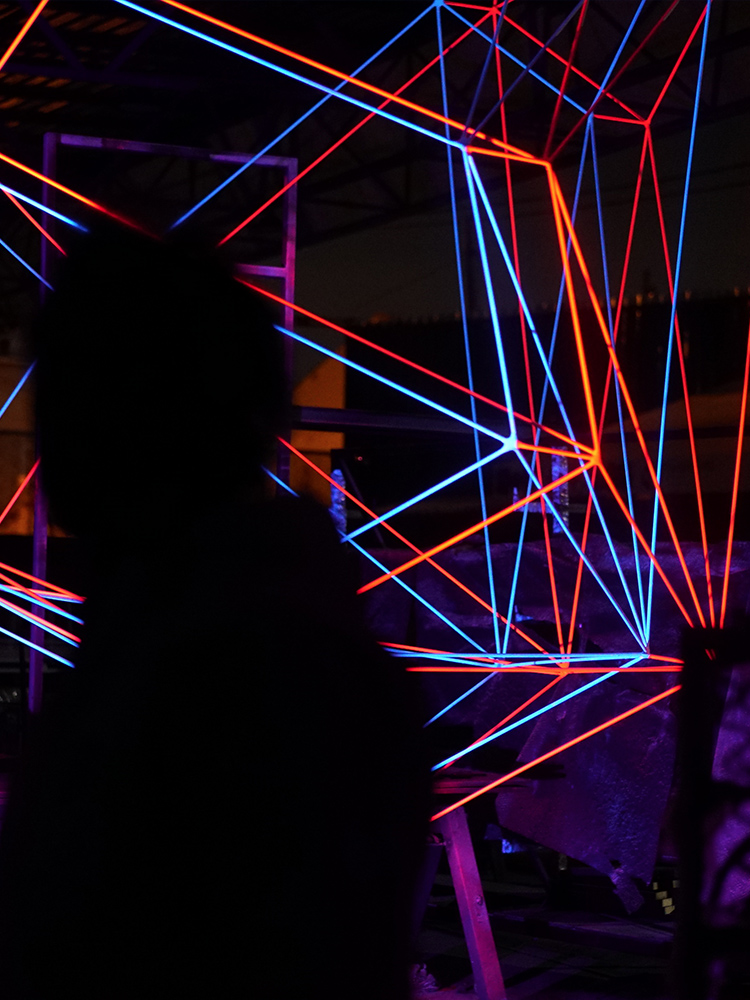 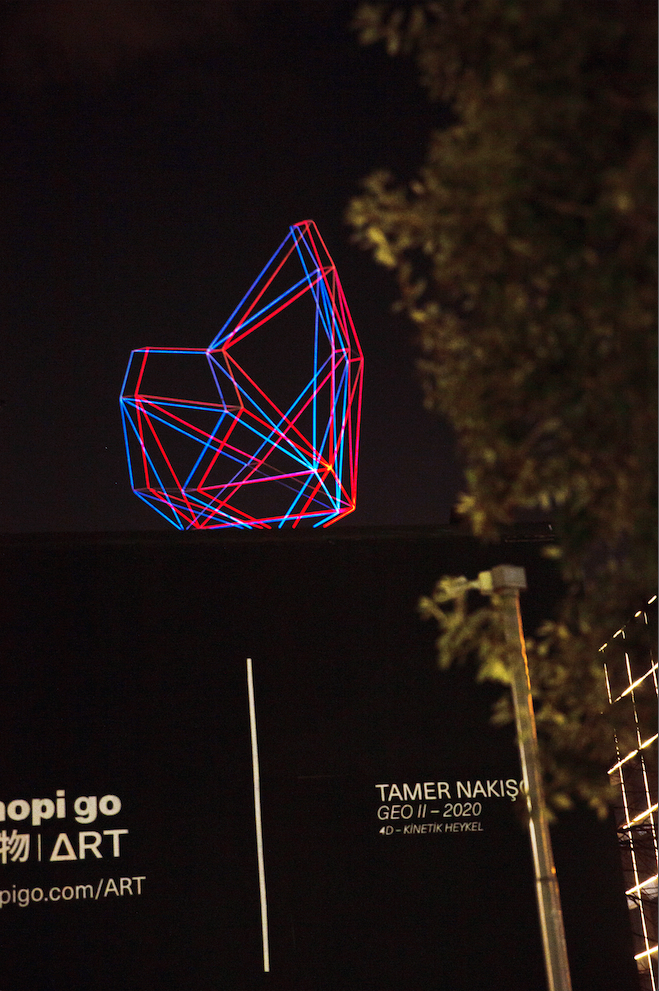 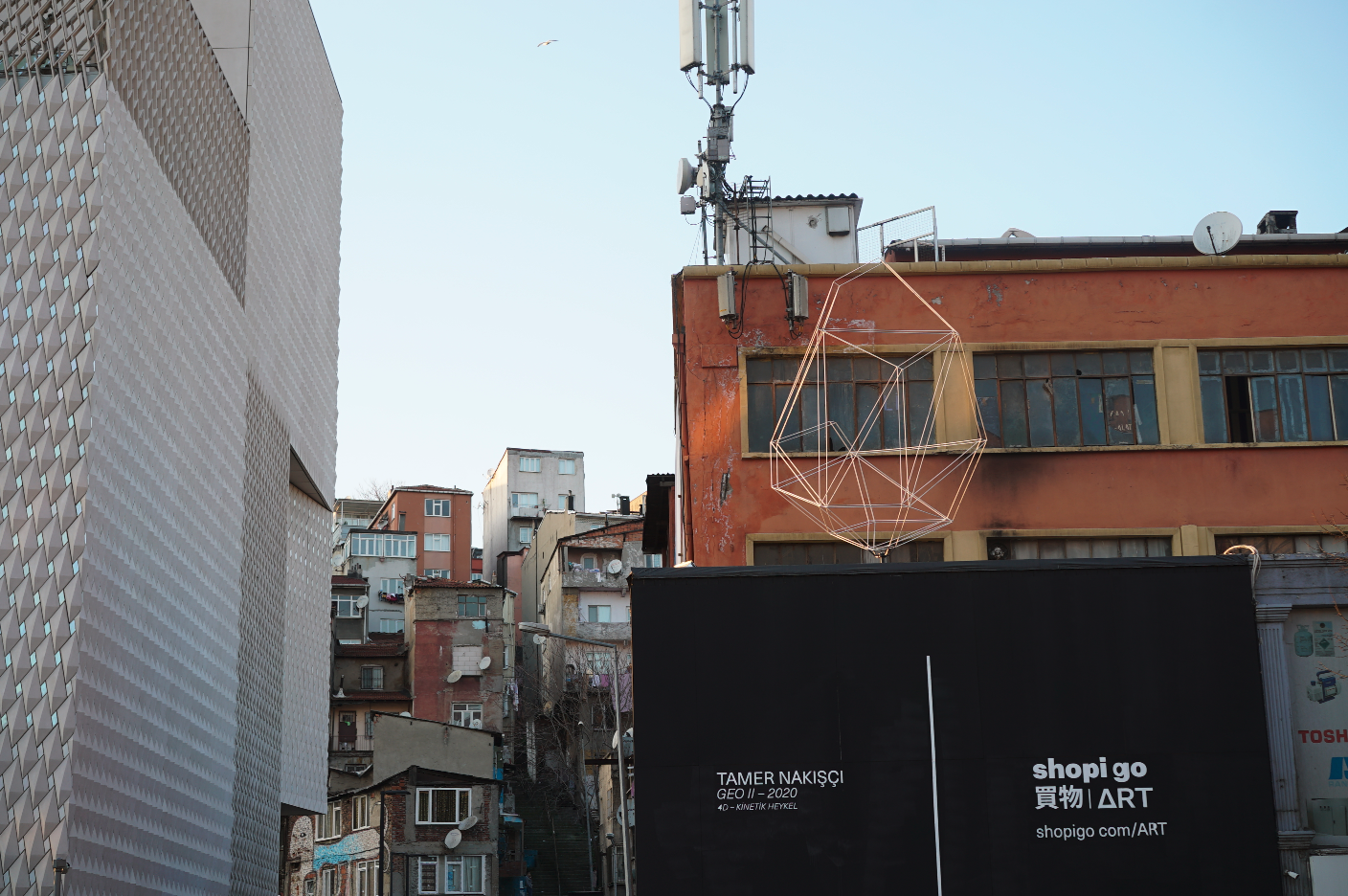 Geo II is a large-scale kinetic light sculpture that is on display in the heart of the newly developed art district of Istanbul. Seemingly floating in the midair and standing somewhere between a hologram and a physical structure, Geo II brings us a message from the future. Does it matter whether what you see is real or not?

The two identical geometries that seem to be intertwined appear as a stereoscopic (two-channel) 3D illusion, just like in 3D (red-cyan, anaglyph) glasses, and play with the viewer’s perception. The 4.5 m high kinetic sculpture is composed of meticulously engineered and finely welded metal rods and a special nanotechnology paint that reveals the color underneath and UV light projectors at night.

What if there was a way to see the world differently?
We are at a period in time in which we are stepping into a new digital age and where concepts such as AR and "mixed reality" are starting to enter our lives. GEO II offers us a glimpse of this near future that we are yet to experience.

The kinetic artwork is displayed next to Arter Museum in Dolapdere, which is designed by Grimshaw Architects, London. Shopi go ART provided us with a very special space to showcase the artwork and more importantly, it took the lead in bringing the project to life.
The production process also brought together the creative outlook of Tamer and the technical expertise of his older brother Ahmet Nakışçı, who grew up together in their craftsman father's workshop.
GEO II, the last output of the Geo series, in which the artist took his first steps in 2012, was produced exclusively for Shopigo Art, and put up for sale as a total of 5 editions.

One of the points that makes this project special is actually the traditional neighborhood where the work is located; and the apparent contrast and contradiction between the newly opened art galleries and museums and the locals who have lived there for a long time. The fact that the artwork has been adopted by the Dolapdere neighborhood and the community there, which is going through an urban transformation process, adds a whole new dimension and meaning to this work of art.