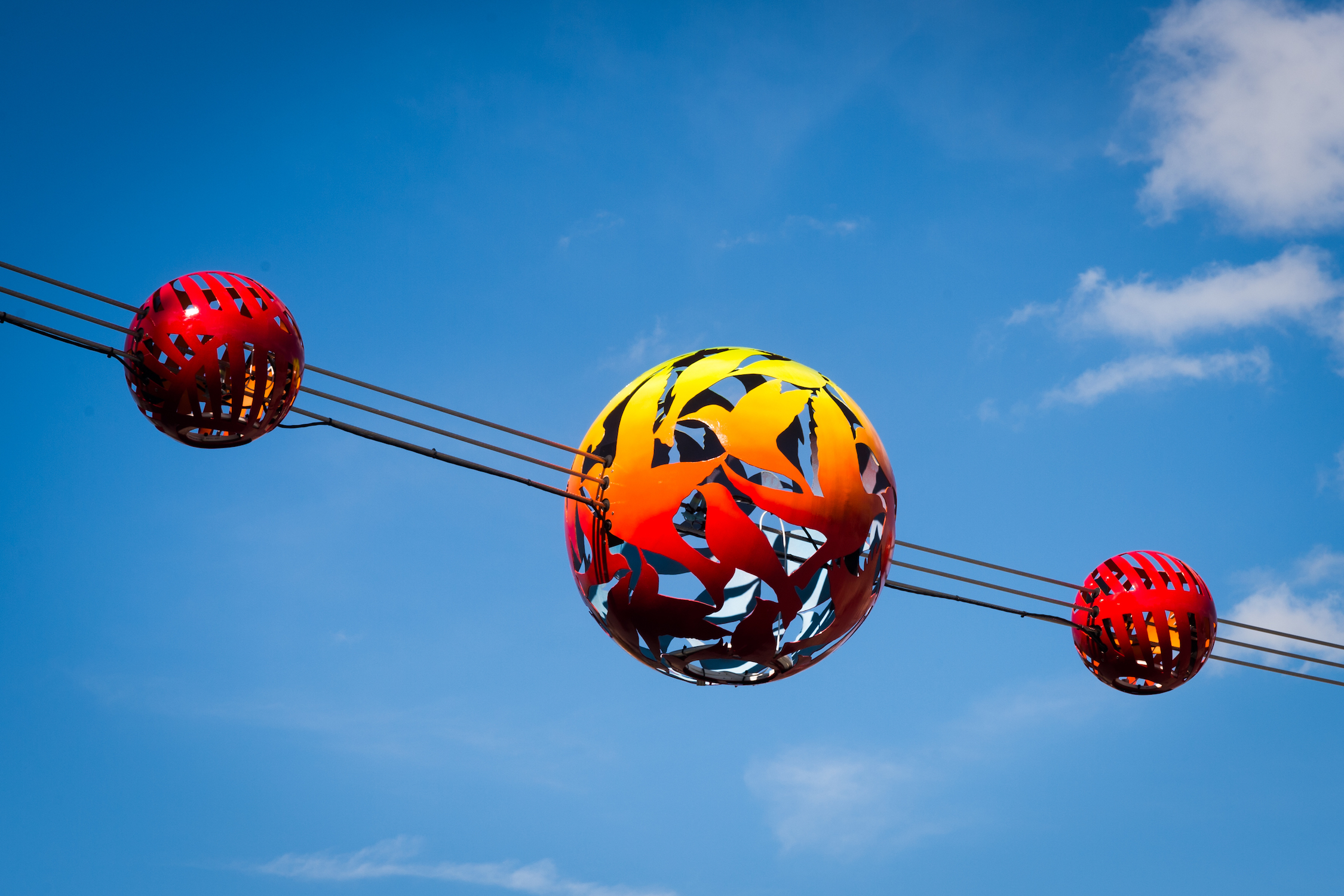 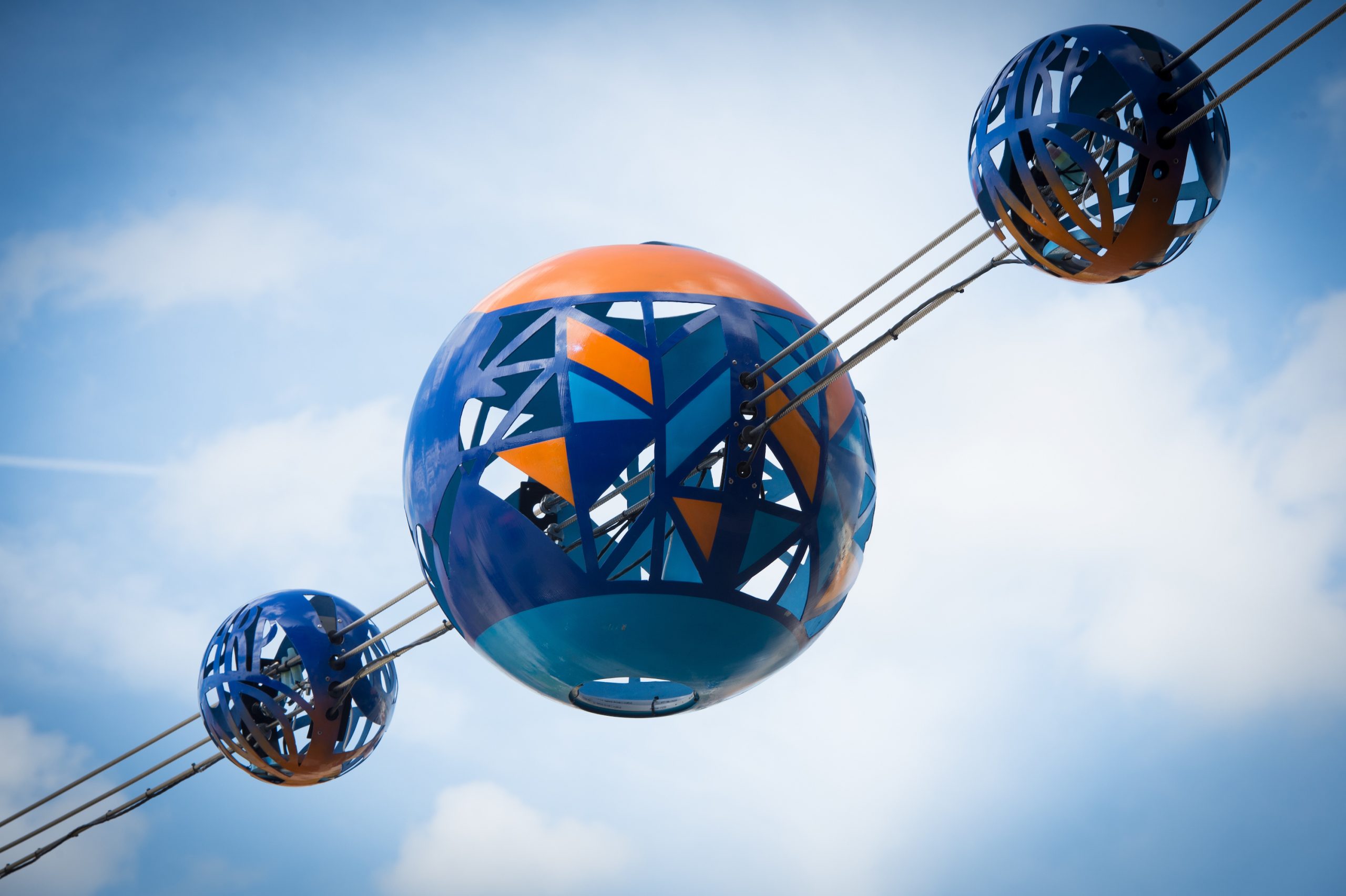 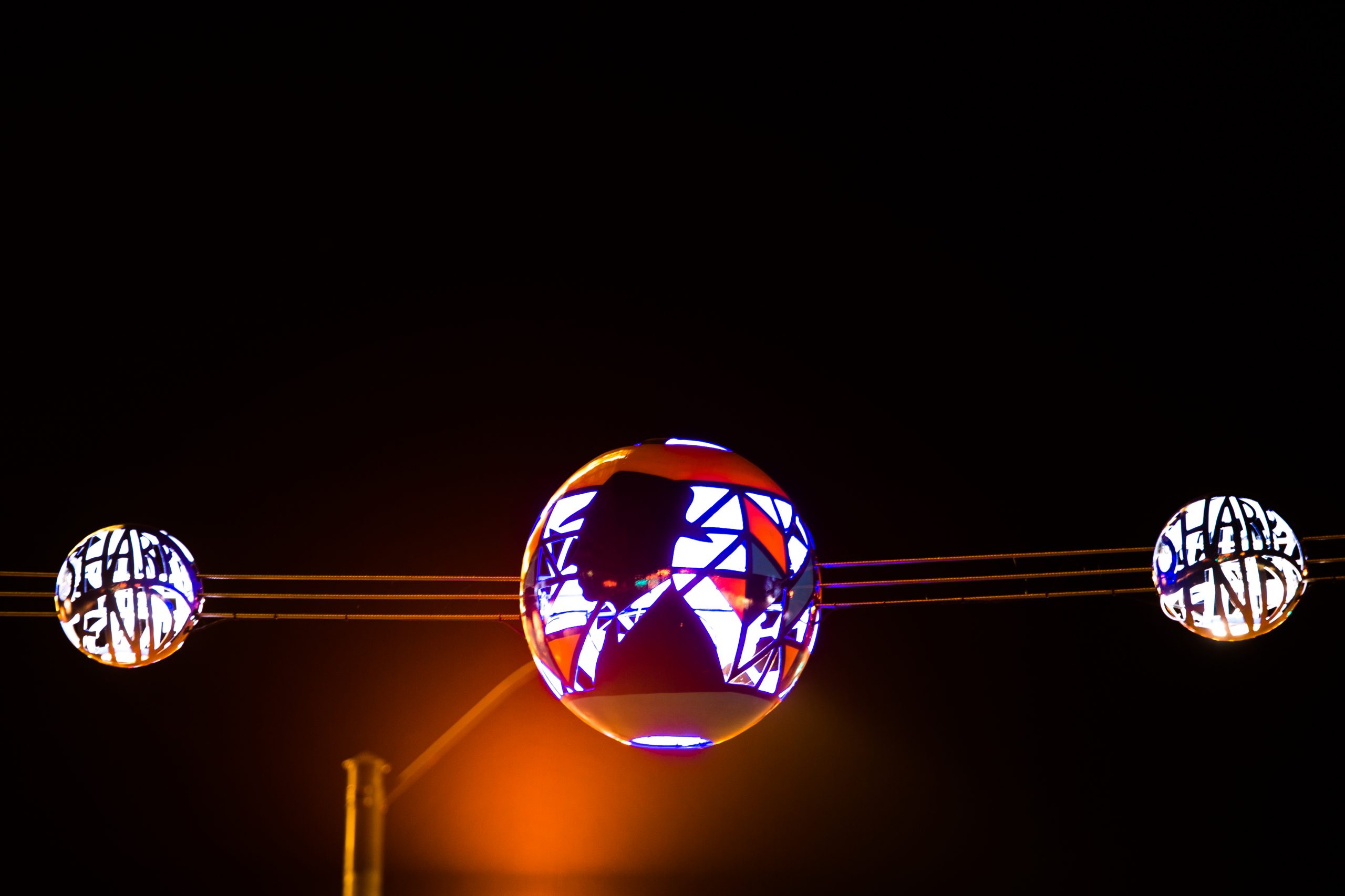 Envisioned by Columbia's Downtown Community Improvement District, The Gateways Project is a series of iconic landmarks that enhance the city’s civic identity. The Light Hubs are part of these landmarks. They are internally illuminated and suspended by cables stretching form curb to curb above the street, each celebrating the unique history or individual character of its location. The globes are made of polychromed aluminum, measuring each between 4 and 2 feet in diameter.

The purpose of the Light Hubs is to celebrate the identity and history of the neighborhoods while complementing the existing architecture and surrounding landscapes. One of the light hubs is inspired by nature and movement (birds in flight) and can be seen outside Flat Branch Park.
The second hub features prominently in the downtown's west end neighborhood. It's commonly known as Sharp End, a historic district that blossomed in the early 1900s as a prominent black business district. It was demolished in the 1960s. The artwork was designed in the art deco fashion to reflect that time.

The Downtown Community Improvement District hired Arcturis, a St. Louis architecture firm, to consult on the light hubs. Arcturis solicited applications from national and local artists and selected the most qualified artists for the project. The final designs were produced in close collaboration with the architects and community stakeholders.