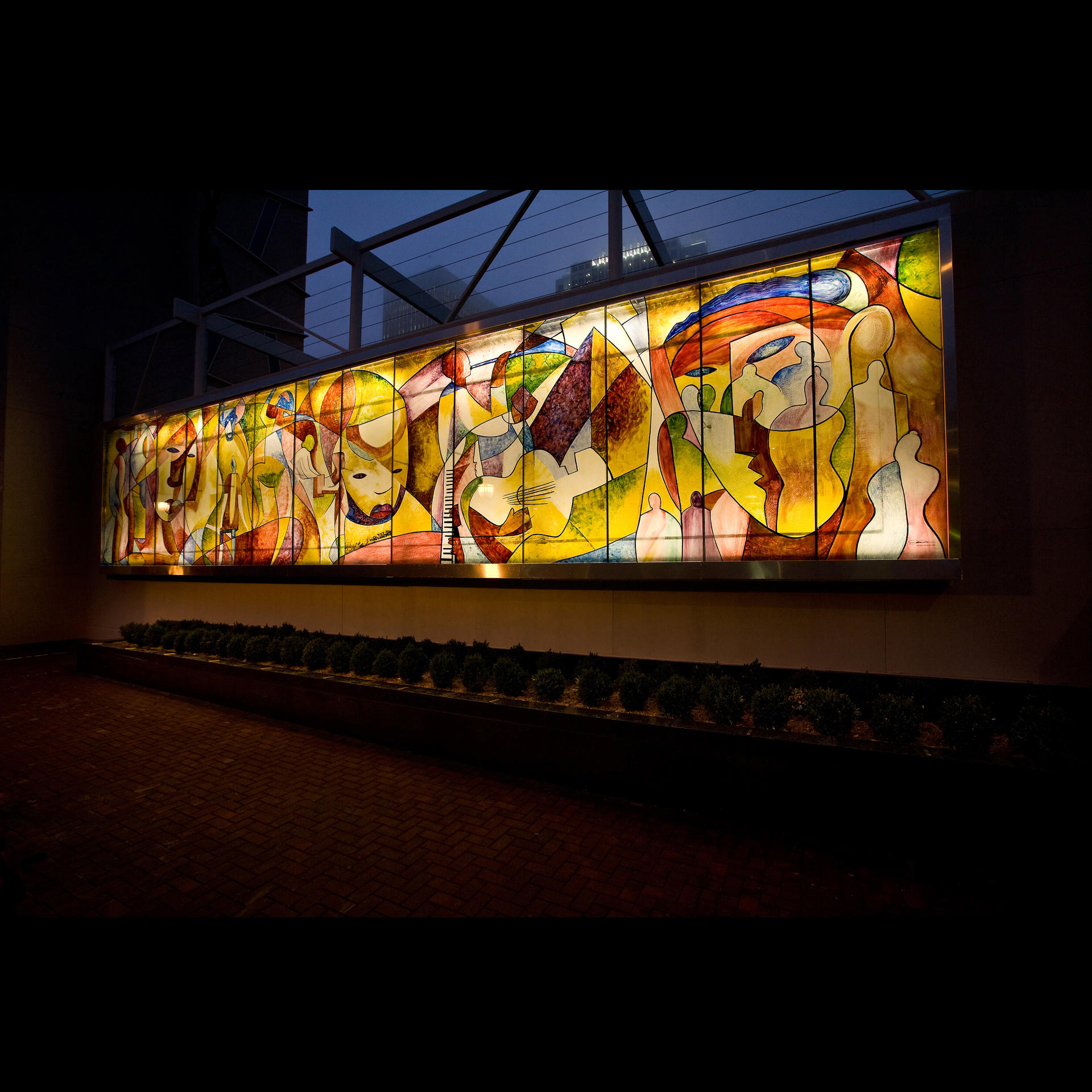 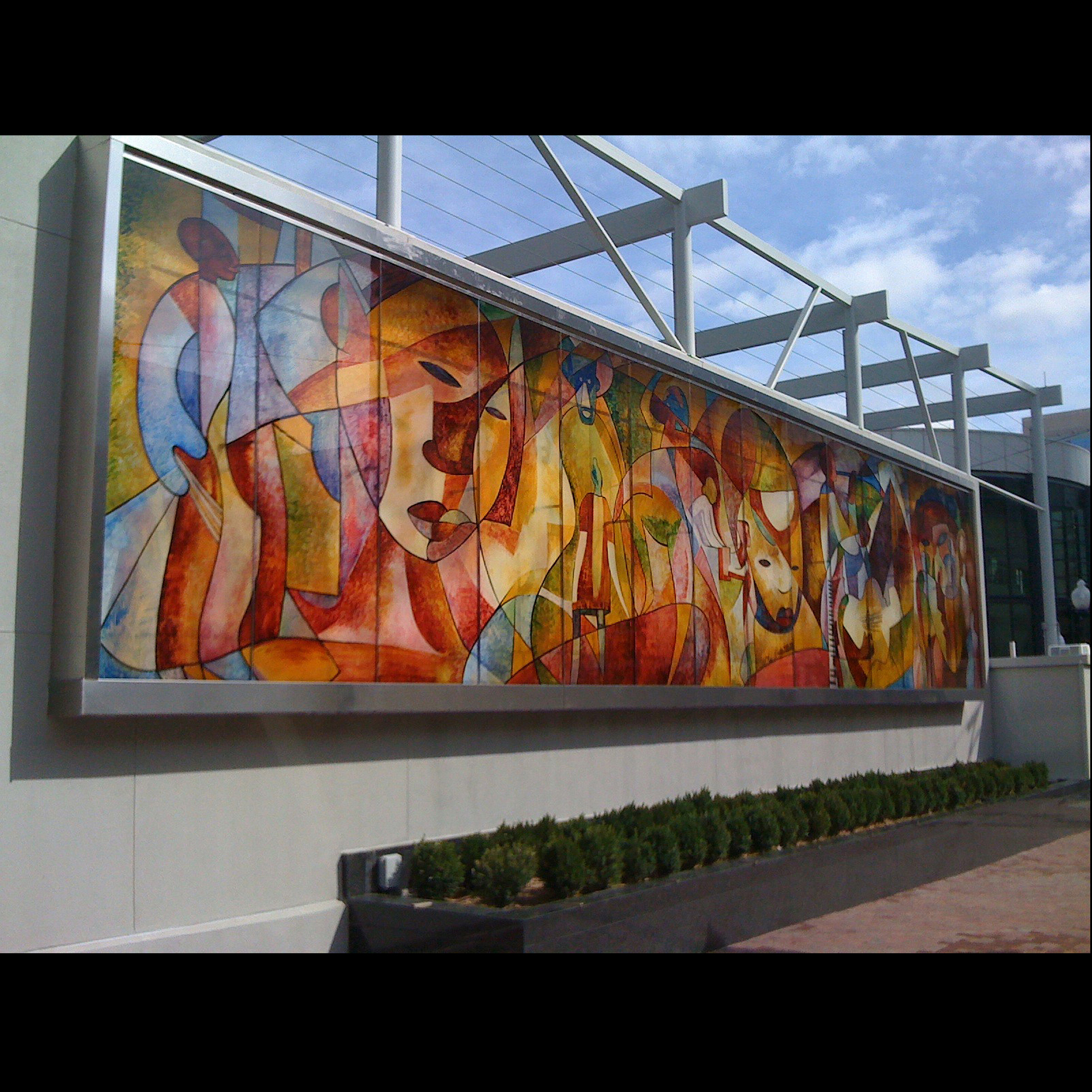 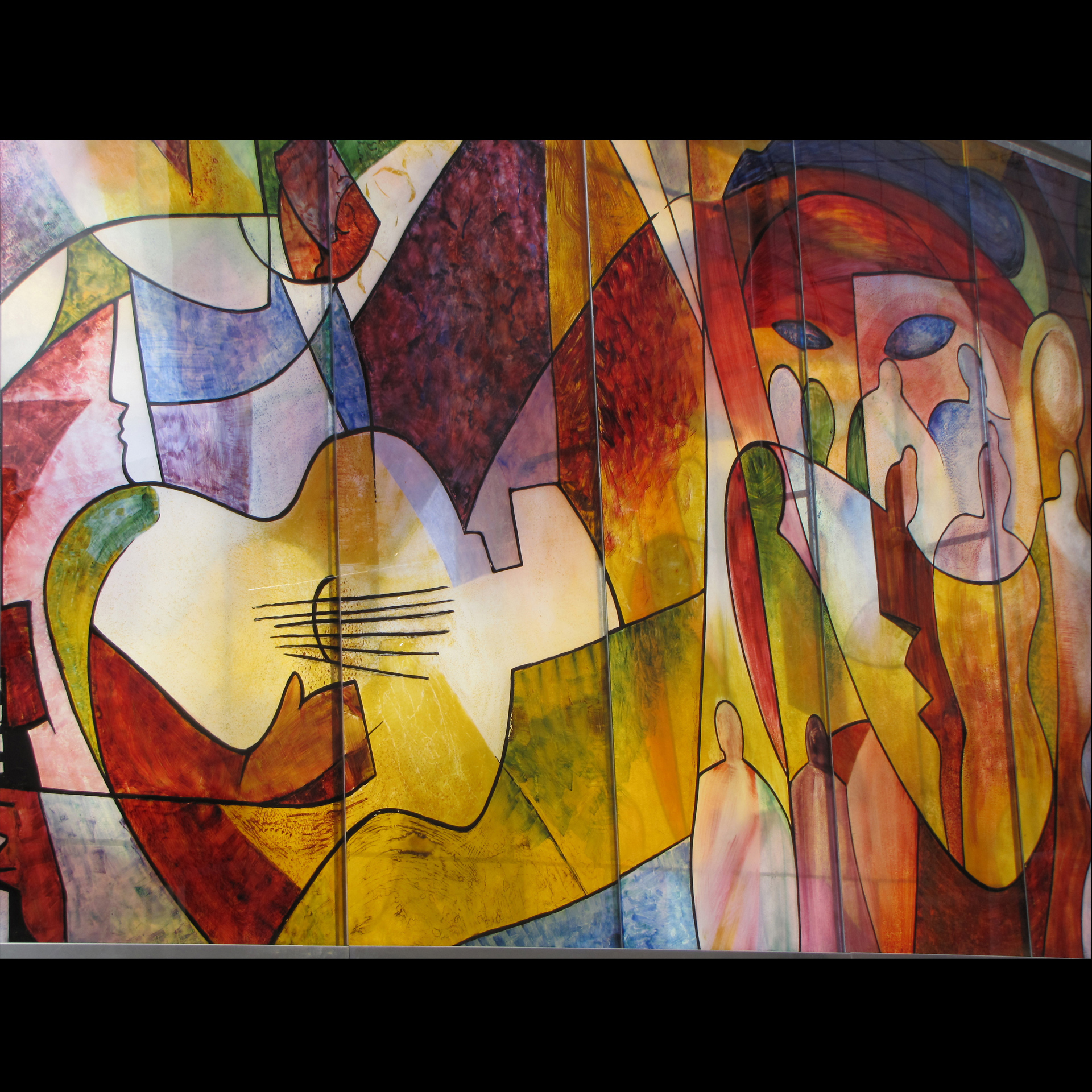 Located at South Tryon and Stonewall streets, the four-story 46,490-square foot building is a “modernist structure wrapped in glass and metal”,[1] is 360′ by 40′ and located above tunnels connecting College Street and Stonewall Street to a parking garage for Duke Energy Center.[1][2] To allow access by car and truck ramps on the narrow site (400′ x 60′), the lobby is on the second floor[3] and is reached by stairs and escalators which frame a central glass atrium and are based on Jacob’s Ladder in the Book of Genesis.
The design was inspired by Myers Street School in the Brooklyn neighborhood of Charlotte, an African-American section of the city which was demolished as a result of urban renewal in the 1960s. The school was Charlotte’s only public school for African-Americans from 1886 to 1907. The Jacob’s Ladder concept also appears outside the building. Another feature of the building is a rain screen, with perforated metal panels in some areas and windows in others, resembling a quilt with fluorescent lights that resemble stitches. Freelon Group won the 2009 Thomas Jefferson Award for Public Architecture from the American Institute of Architects for projects that included the Gantt Center.

The 500sf glass mural was created and sited to be a welcoming gateway public art element for the exterior east wing of the building. The work was required to be iconic, abstract/layered in interpretation and narrative of the history and culture of Charlotte's historic African American communities.

The art glass was hand-painted by the Artist and assistants at the acclaimed Franz Mayer of Munich Art Glass Studio in Munich, Germany. Over the course of 2 weeks, the Artist worked with Mayer of Munich in-house glass painters to recreate his scaled original canvas art.