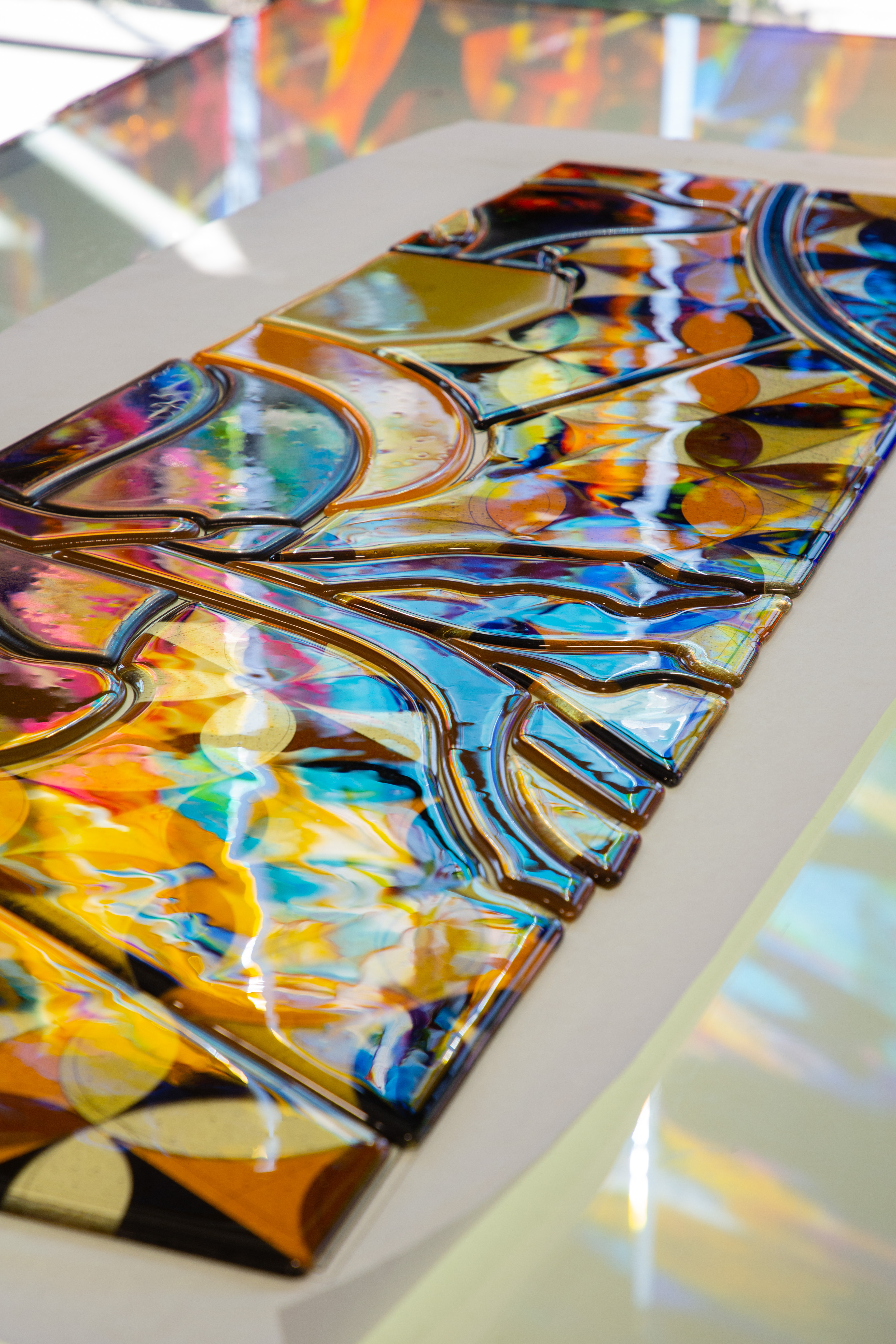 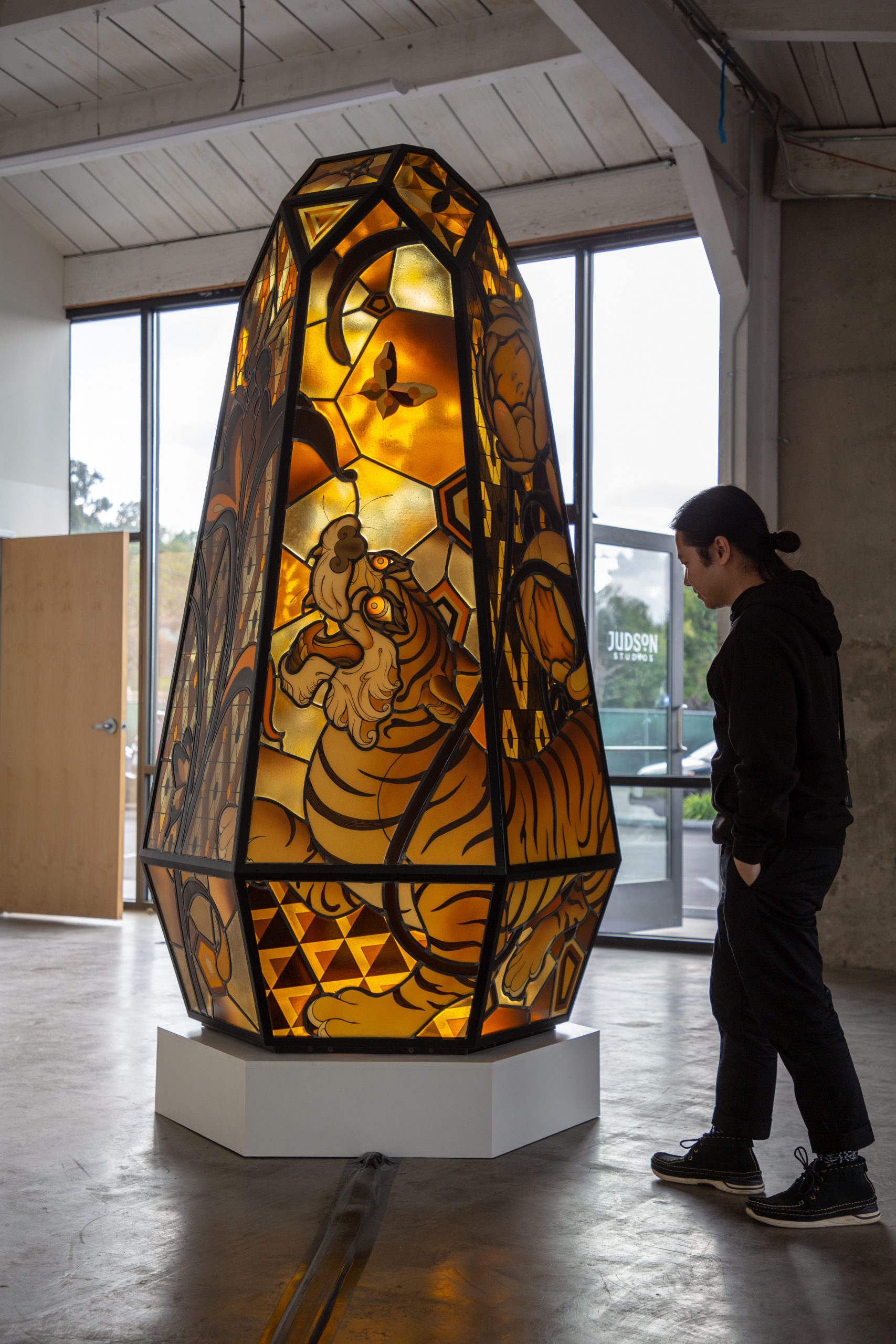 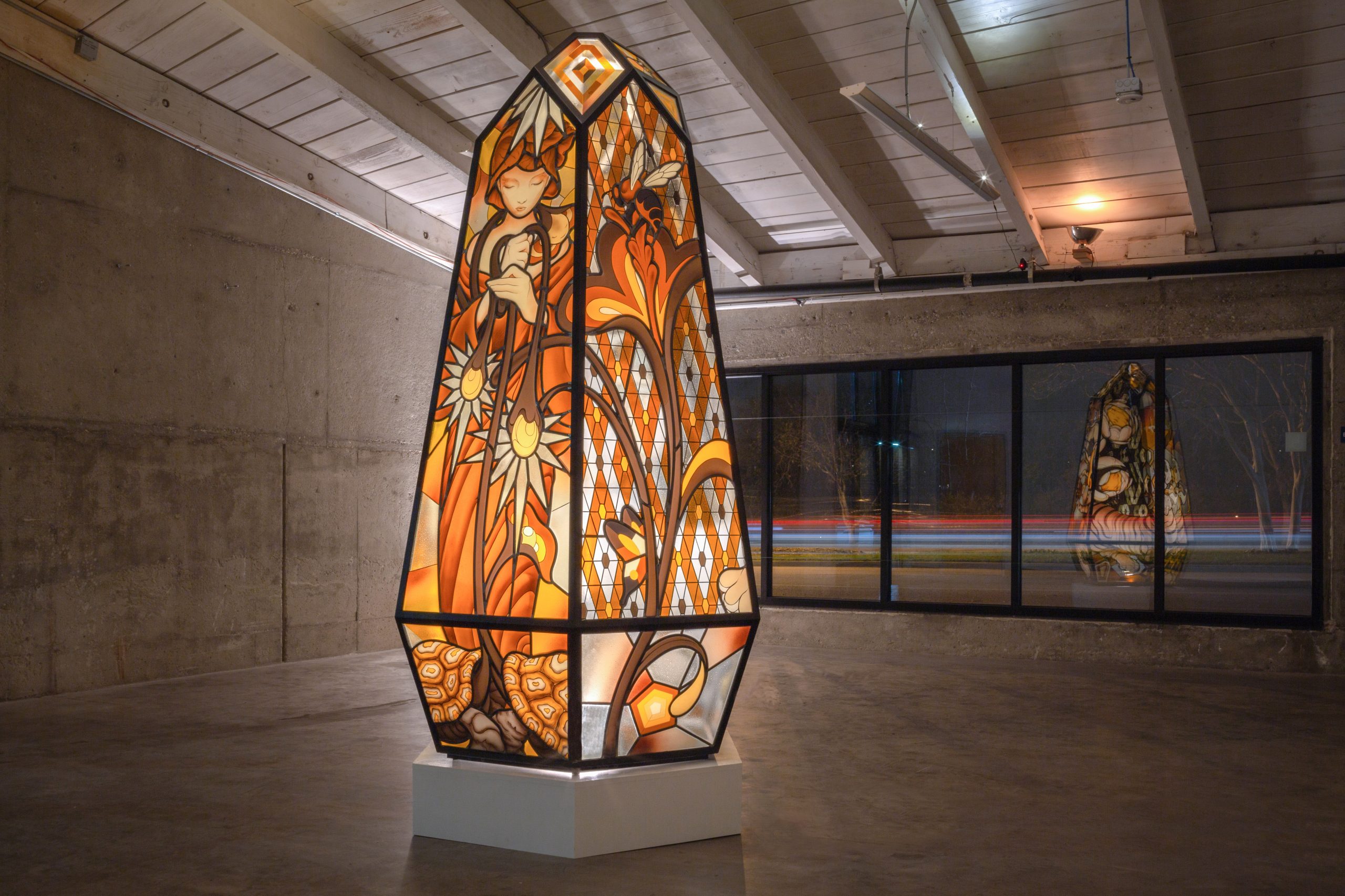 Judson Studios aimed to create an installation that would capture Jean’s artwork in a three dimensional space, considering display, lighting, and the viewer’s experience. A unique set of pieces, the three panels combine fused and leaded techniques to reference traditional stained glass while also maintaining Jean’s design by fusing areas that would be impossible using traditional methods. In collaboration with Judson Studios, Jean also included details like lead overlay stars and three dimensional elements on the turtle’s shell. The studio combined a myriad of techniques in order to fully realize Jean’s design.

This project began by taking Jean's original design and scaling up the drawing to match the full size. Samples were then made to confirm that the fabrication method accurately replicated the original artwork. After approval of samples, Judson Studios moved through the manufacturing and production process. We partnered with a steel working manufacturer to produce a custom made frame, and custom internal lighting situation. Before crating and shipping, a private reception was held in the Judson Studios Gallery.