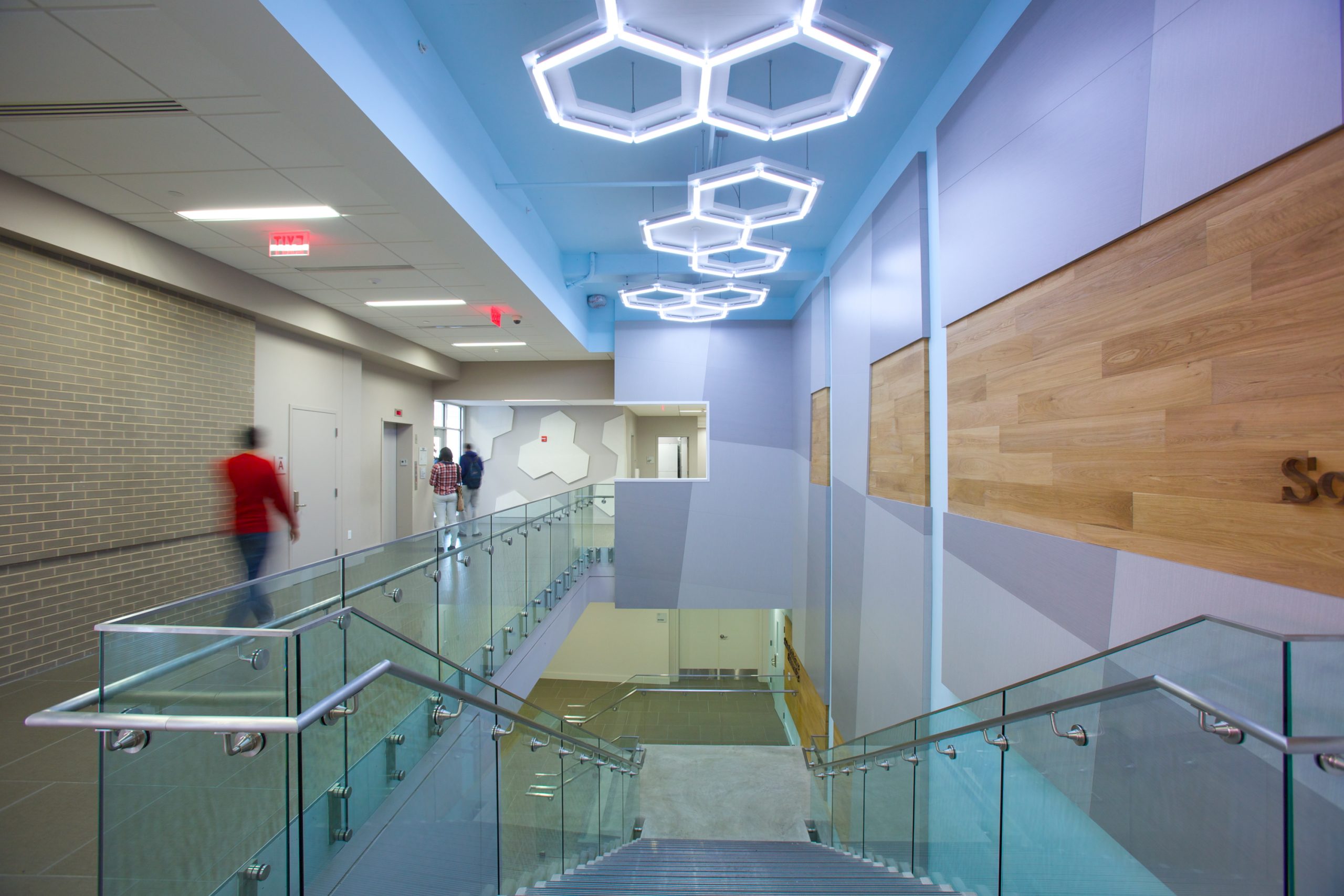 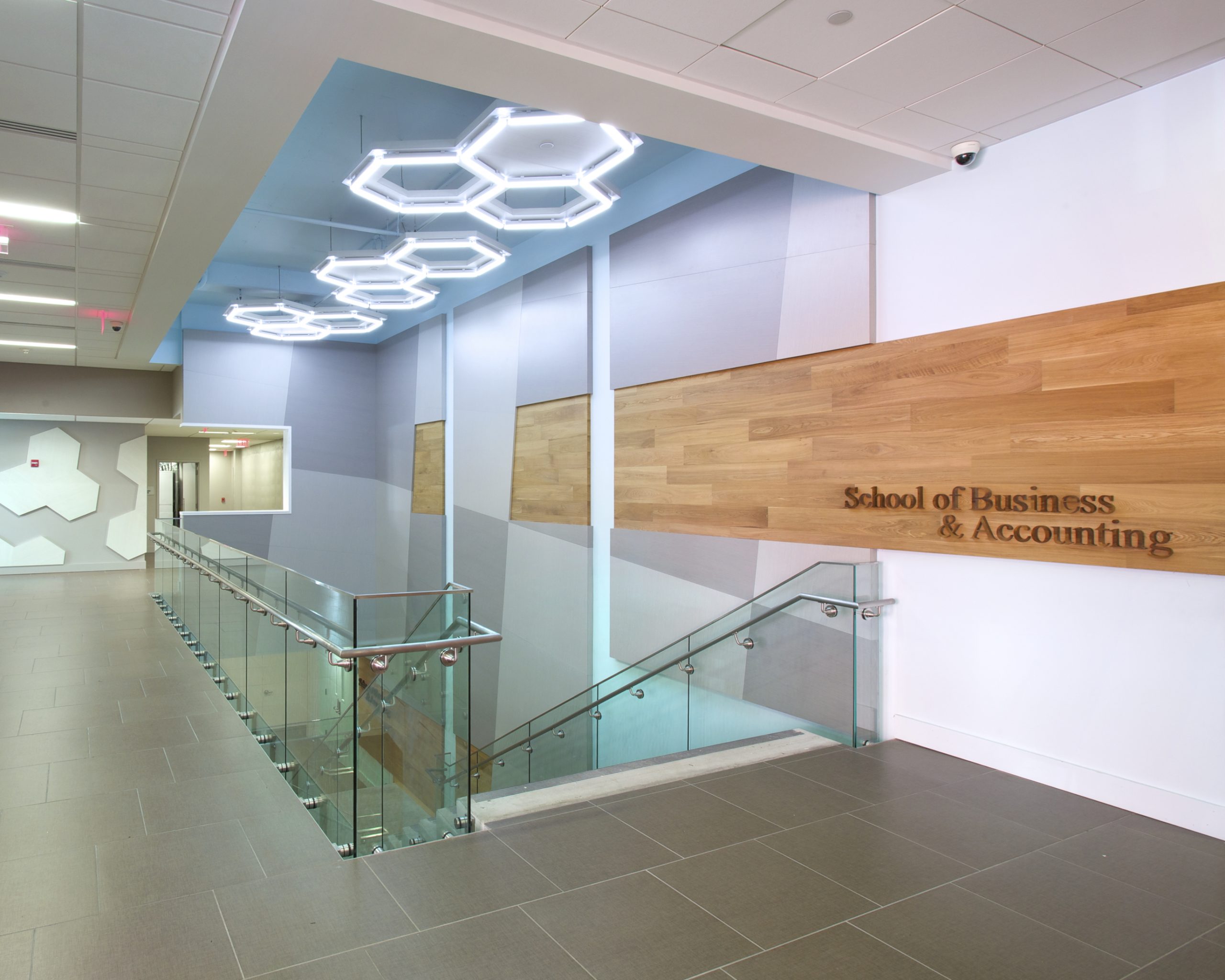 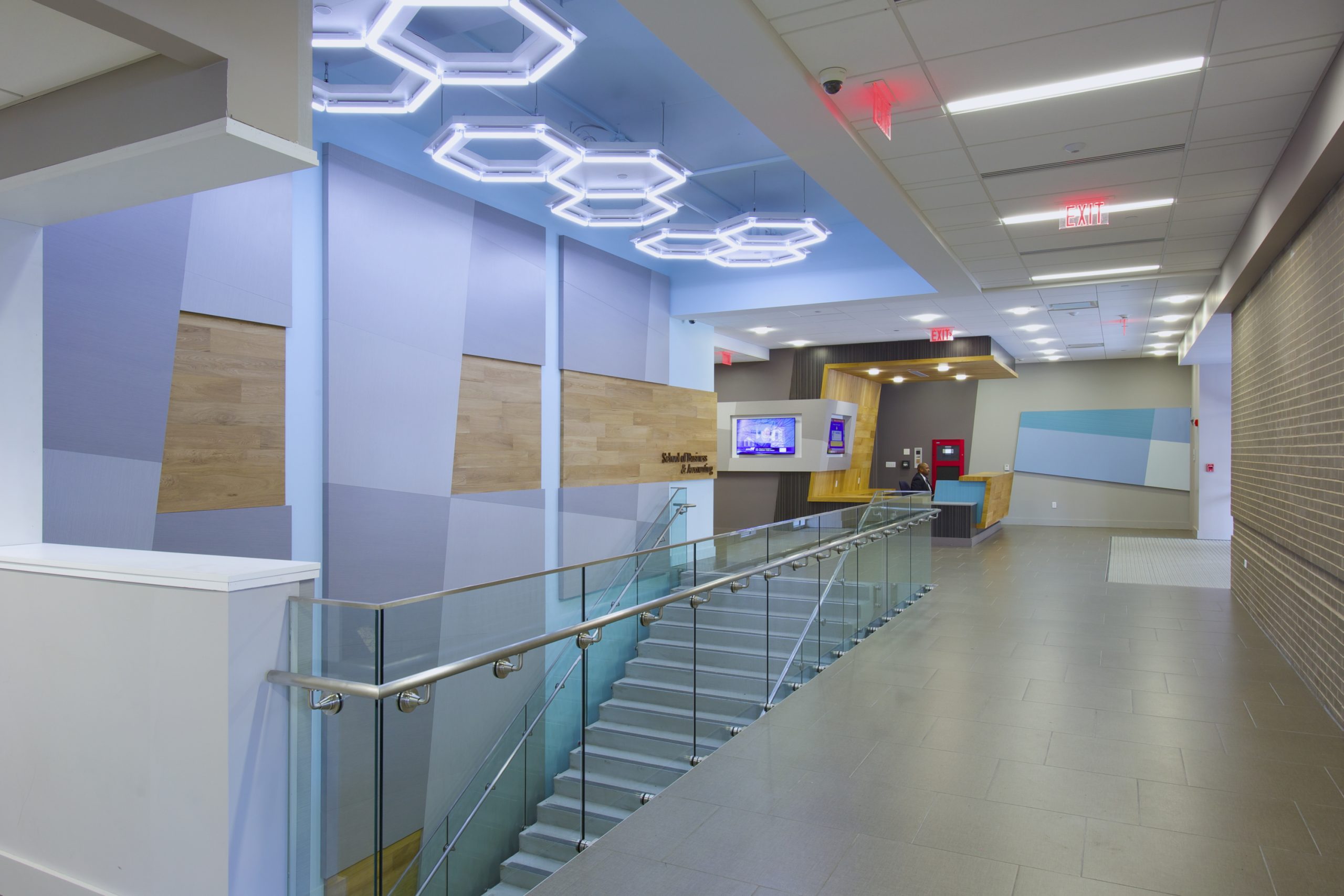 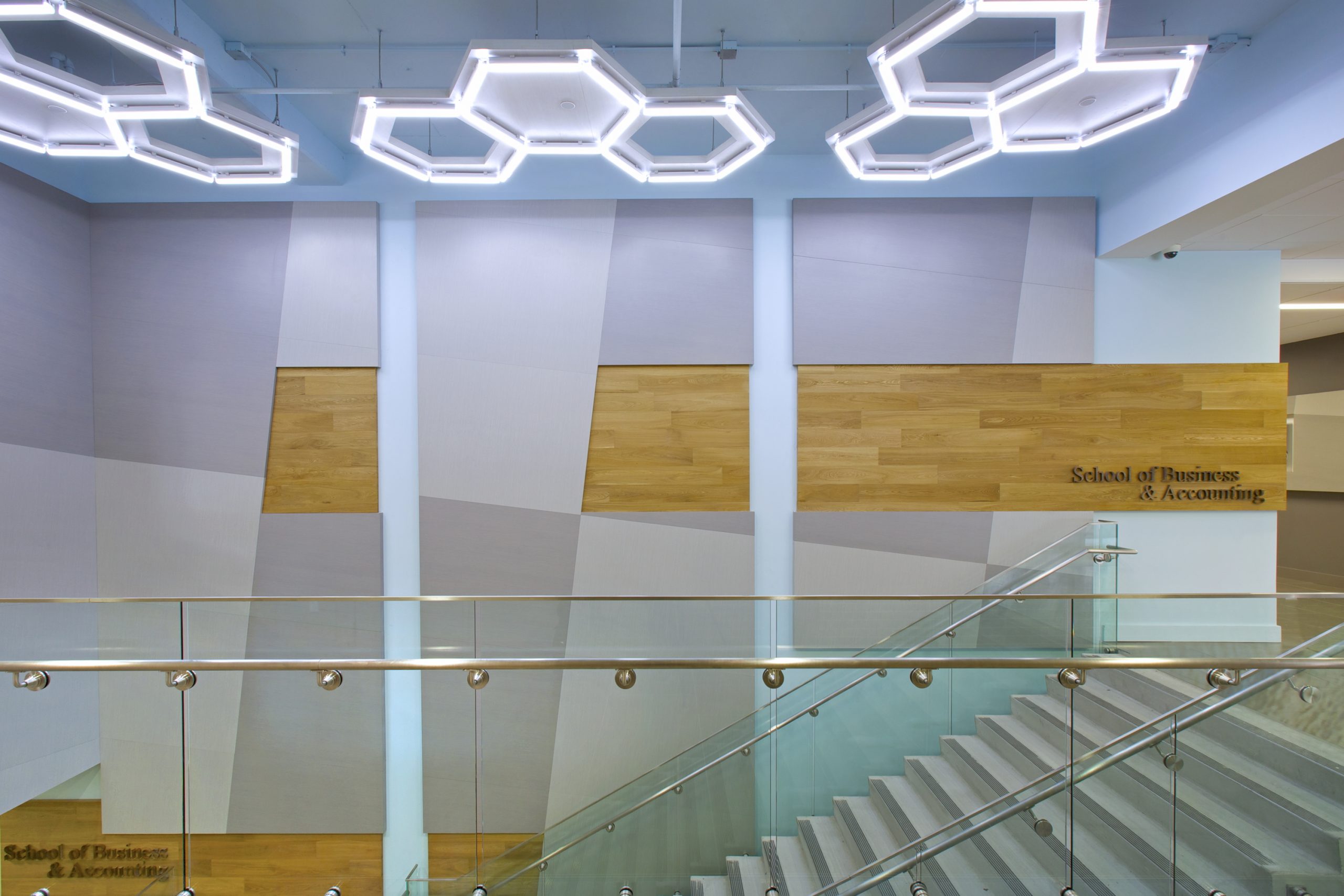 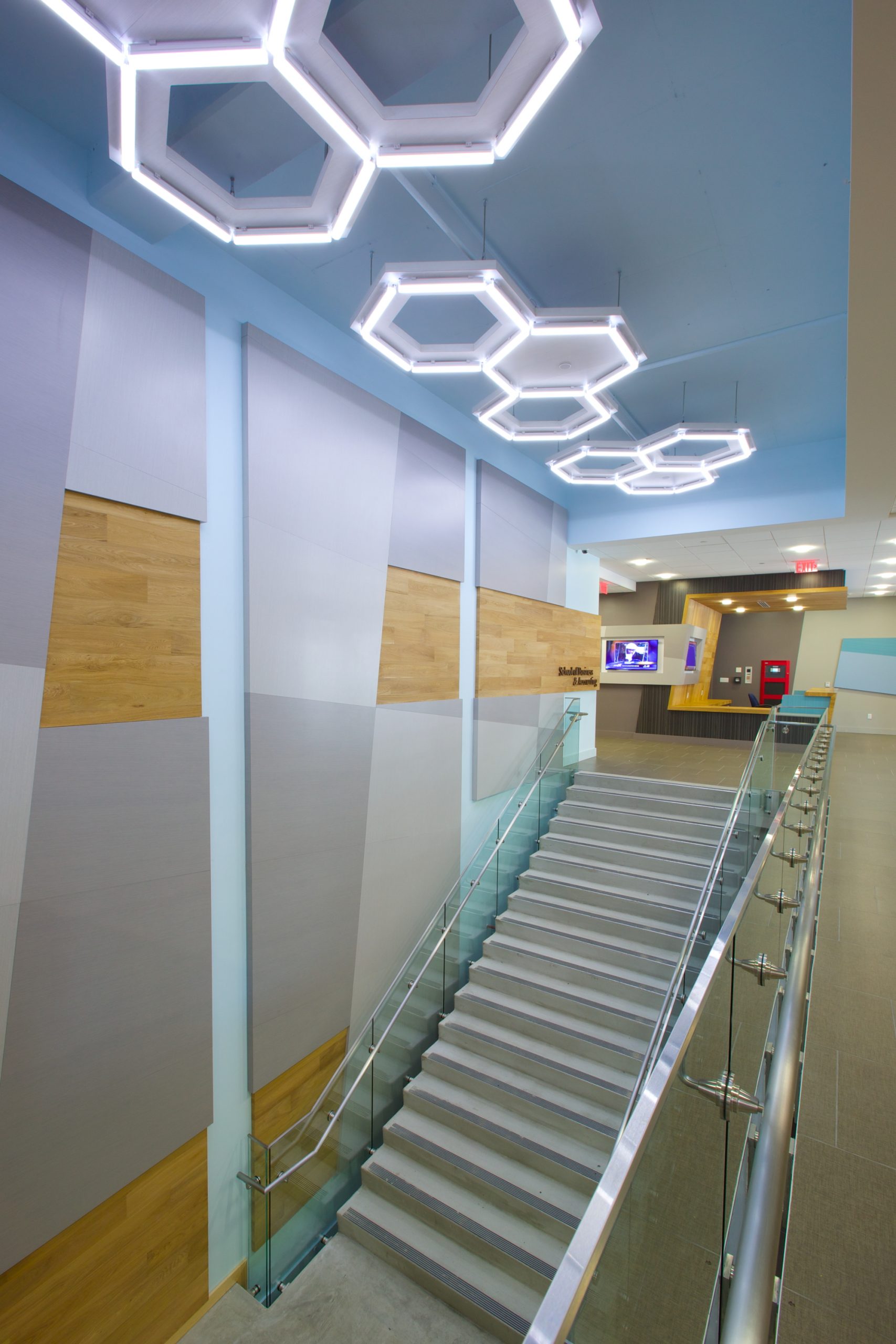 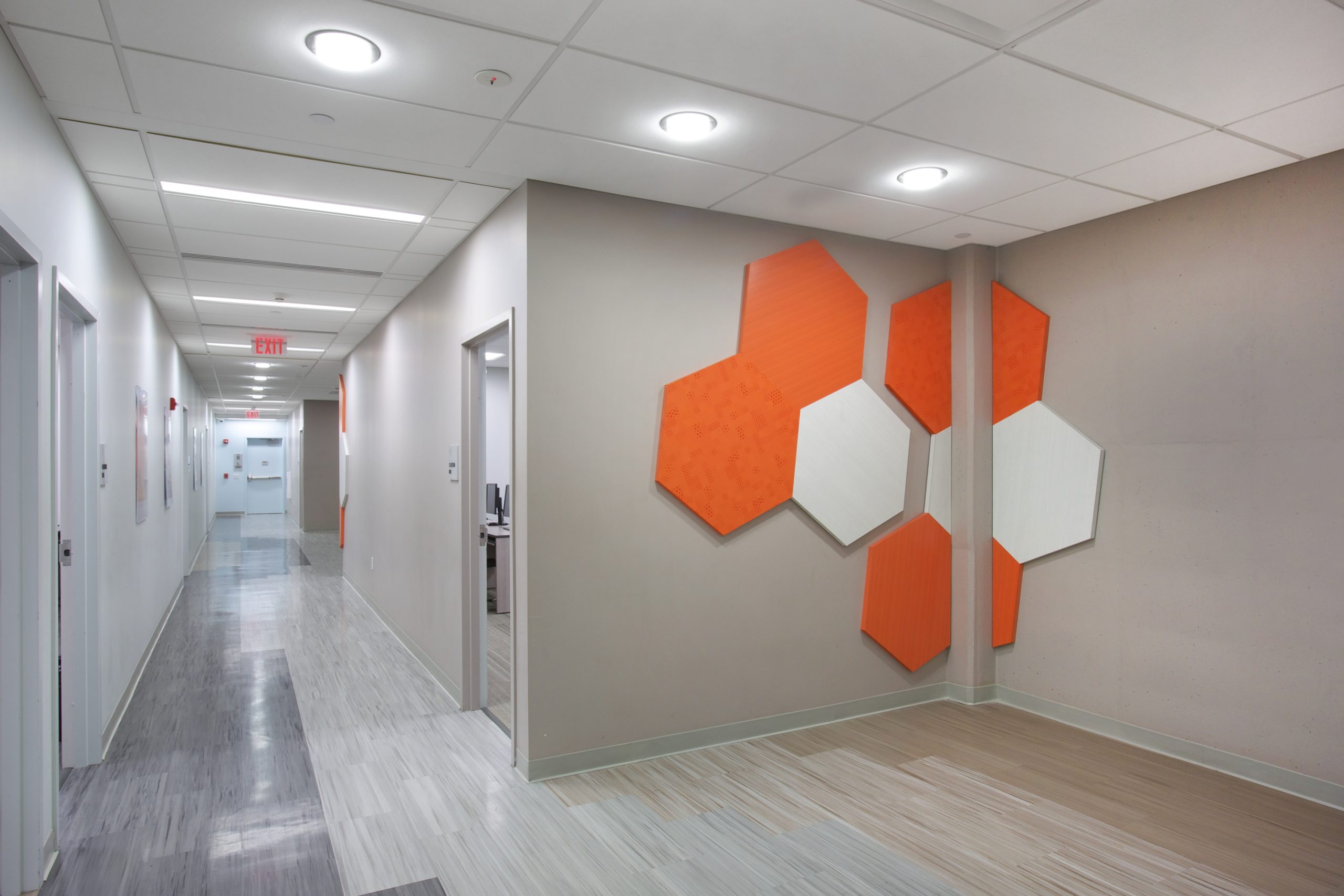 The building was designed prior to 2005, but construction was put on hold until after the Great Recession. When construction began in 2013, the client, a college, wanted to consider some cost saving measures. In the earlier design, the open stair led not just down to the classroom level but up to more classrooms. In the new plan, that all changed, but it still seemed important to draw the eye upward above the stair that descended and to bring a dramatic focal point to the lobby.

Doban Architecture, led by Susan Doban AIA, called upon the Think Fabricate design team, part of its affiliated design studio, to work collaboratively on brainstorming ideas for a focal point. The hexagon theme had emerged earlier in Think Fabricate's work, and was now explored for decorative wall art with panels, and then introduced to the ceiling, creating the dramatic focal point. The theme is carried into the major circulation spaces of the building. Robert Blum and Kevin Creeden of Holt Construction and the electrician, Marc Tirelli of ECNY, developed the logistics of installing the large "honeycomb" pieces above the concrete stair and coordinating it with an adjoining wall panel system both in terms of access and timing.

With the opening of Gaddy Hall, constructed in approximately 14 months, the college completes its development of the one-acre “Librett’s site” on lower Main Street and consolidates its facilities in downtown New Rochelle.