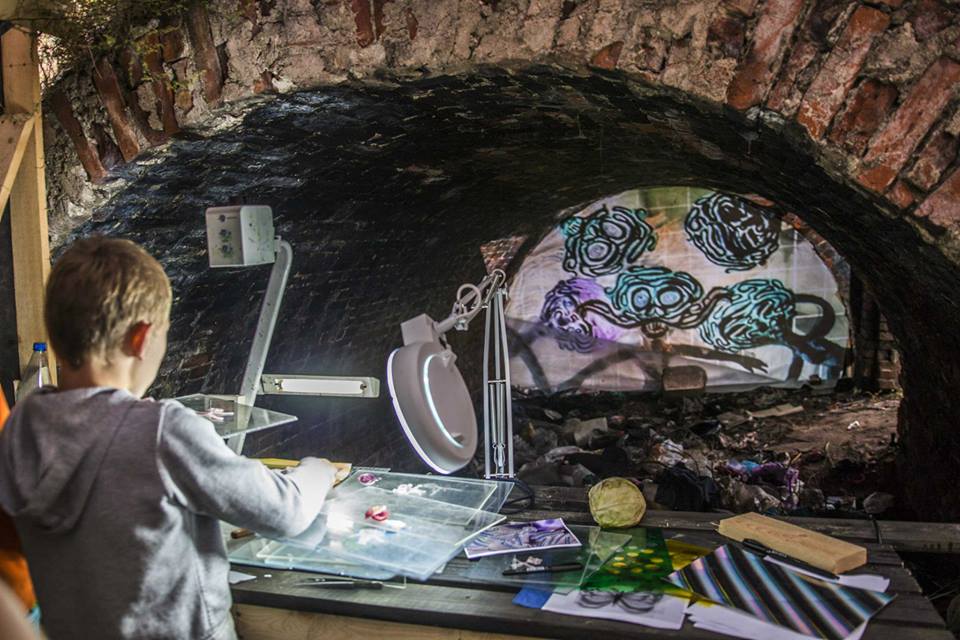 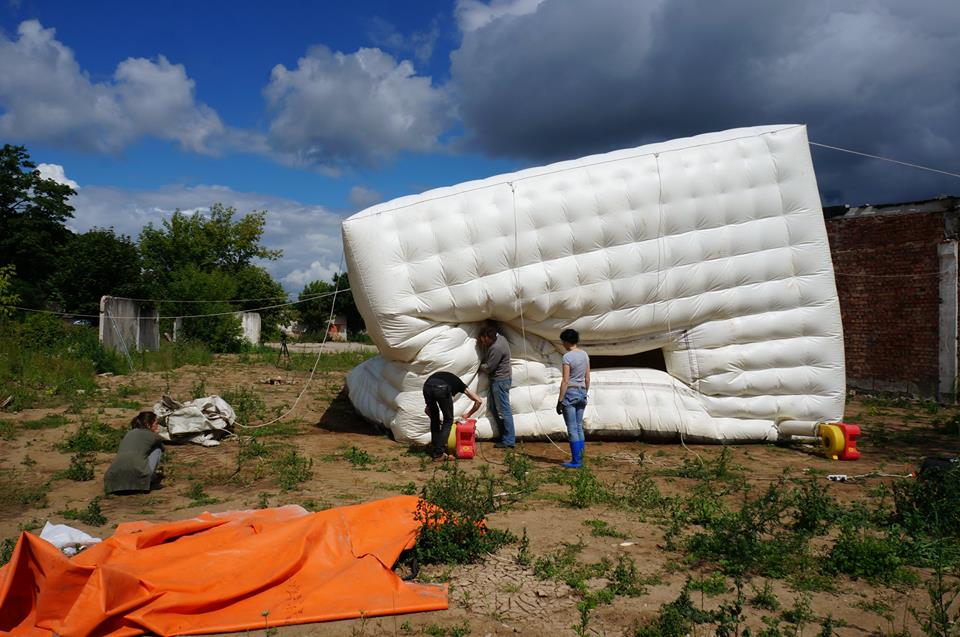 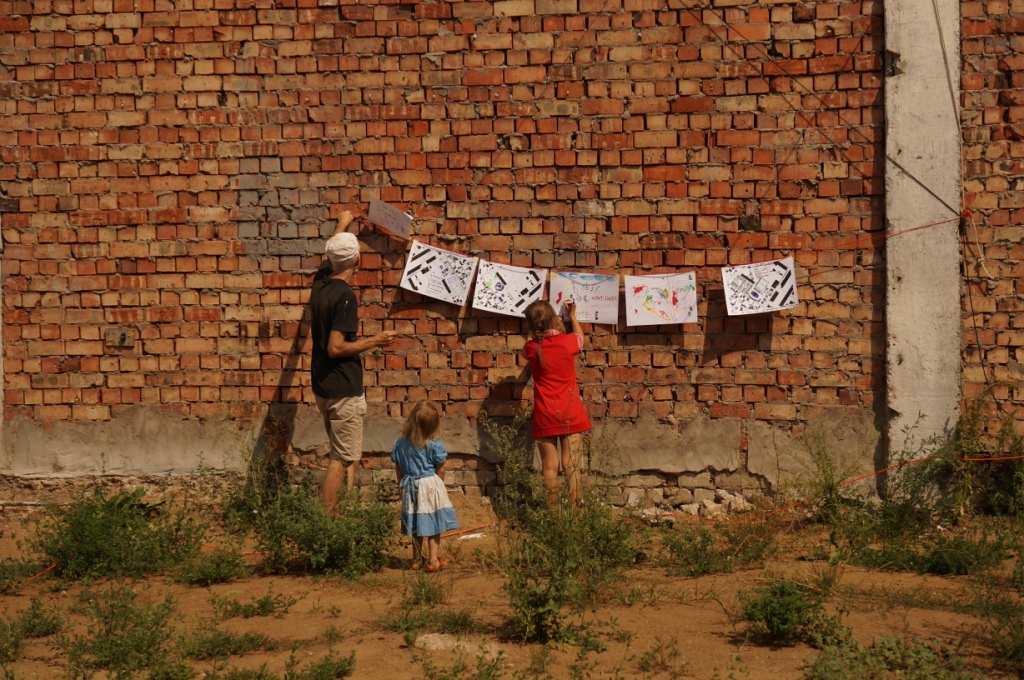 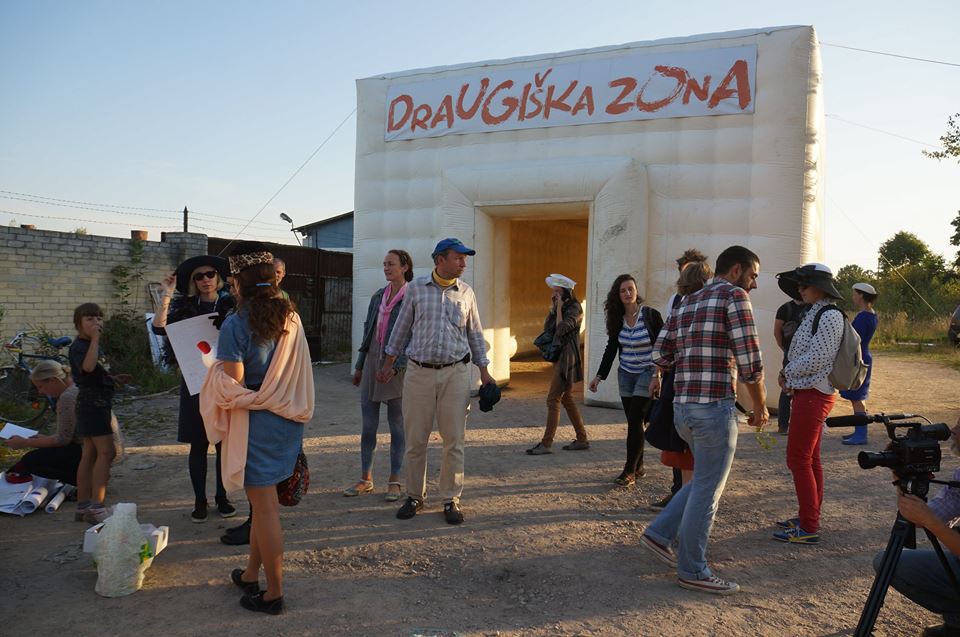 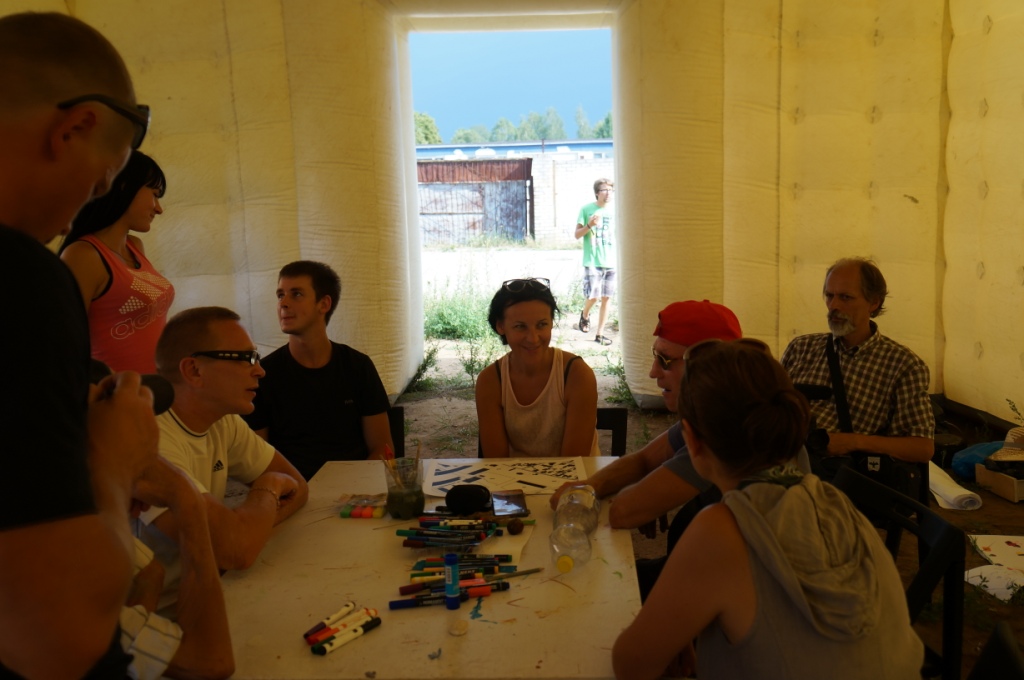 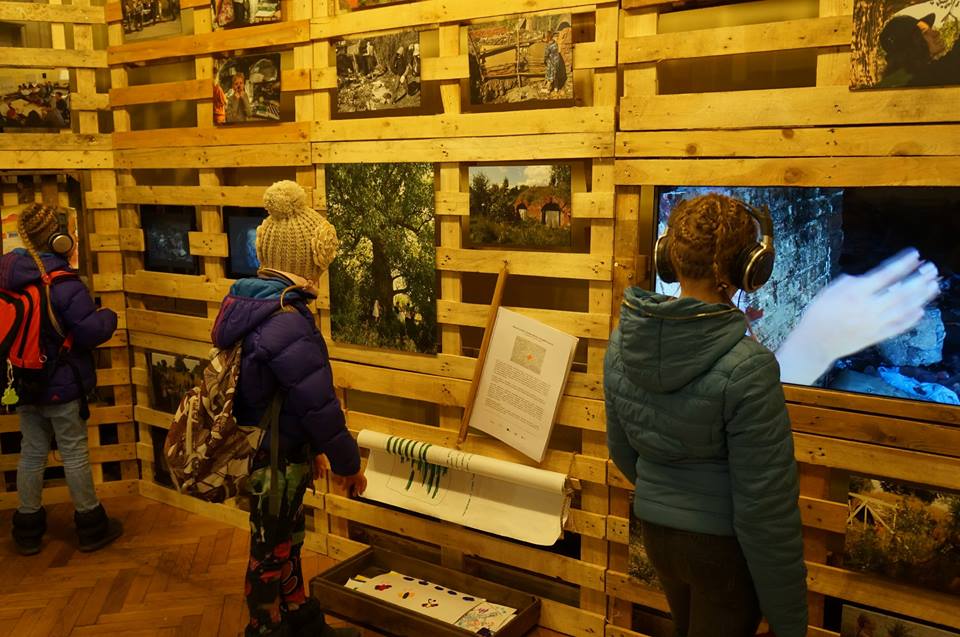 Last summer 2014, this art practice led inquiry took place in a derelict and contaminated former 19th Century Russian army site in a neighborhood of Kaunas city, Lithuania. It is known locally as the “Cabbage Field” and was abandoned in 1991 after Independence. A self assembly approach taken became an act of agency without permission or institutional authority. We initiated conversations and exchanges among ourselves and the local community about the future of the site. Results: Set-up a new neighborhood council and continue to seeks ways to mobilize the community.

The goal of the project was to increase and to activate local community awareness and agency in articulating the problems and the potentiality of the site. We installed a “Friendly Zone” inflatable pop-up house three times during the summer: to act, to attract local people, to start conversations about the site, to involve the community of the nearby social housing and share their visions of the territory, to research the physical ground, and to uncover the potency of a dead space. This inflatable pop-up was an idea developed with us by artist Jeanne van Heeswijk during City (Re)Searches, an earlier project, as a tactic to create public interest and discussion about the future of specific sites.

Key collaborators were Monika Žaltauskaitė Grašienė, Kotryna Valiukevičiūtė, Arnoldas Stramskas, Darius Petrulis, Auksė Petrulienė, Viktorija Rusinaitė, and Dionizas Bajarūnas. This invited group of 7 researchers, artists and collaborators (almost all part of ongoing embedded practice) responded to the site, its narratives and physicality, using a practice led research approach. Any way of talking about work with community, as Grant Kester remarked at the end of The One and the Many (2011, pp 226-227), can be impoverished and abstract unless we ‘grasp the complex imbrication's of the local and the global, of individual consciousness and collective action’. His advice is to practice our way through complexity so we can ‘learn’ and ‘unlearn’ the ‘ways in which people respond to, and resolve, the struggles they confront in everyday life’. Our longer term ambition is to call and evoke a response from ‘here’ (local) to ‘there’ (trans-local). What we value most was our exchanges, even when we did not know how to proceed. This taught us that not-knowing is part of contemporary inquiry into the problems facing local culture. We need to invest more time in meaning-making across diverse approaches.

This site is a danger and hazardous to local users, e.g. children (using it as a playground), passerby’s (mostly children from schools and kindergartens and their parents, pensioners and dog walkers), local businesses, and people living close by. During three months of work, users of the site were mapped and activated, stories and visions collected and the potency of the ground emerged. While we know there has been an institutional failure to create conversations between arts/culture and other momentum's for social and political rights, this work operates to develop a new consensus about the public value of culture.