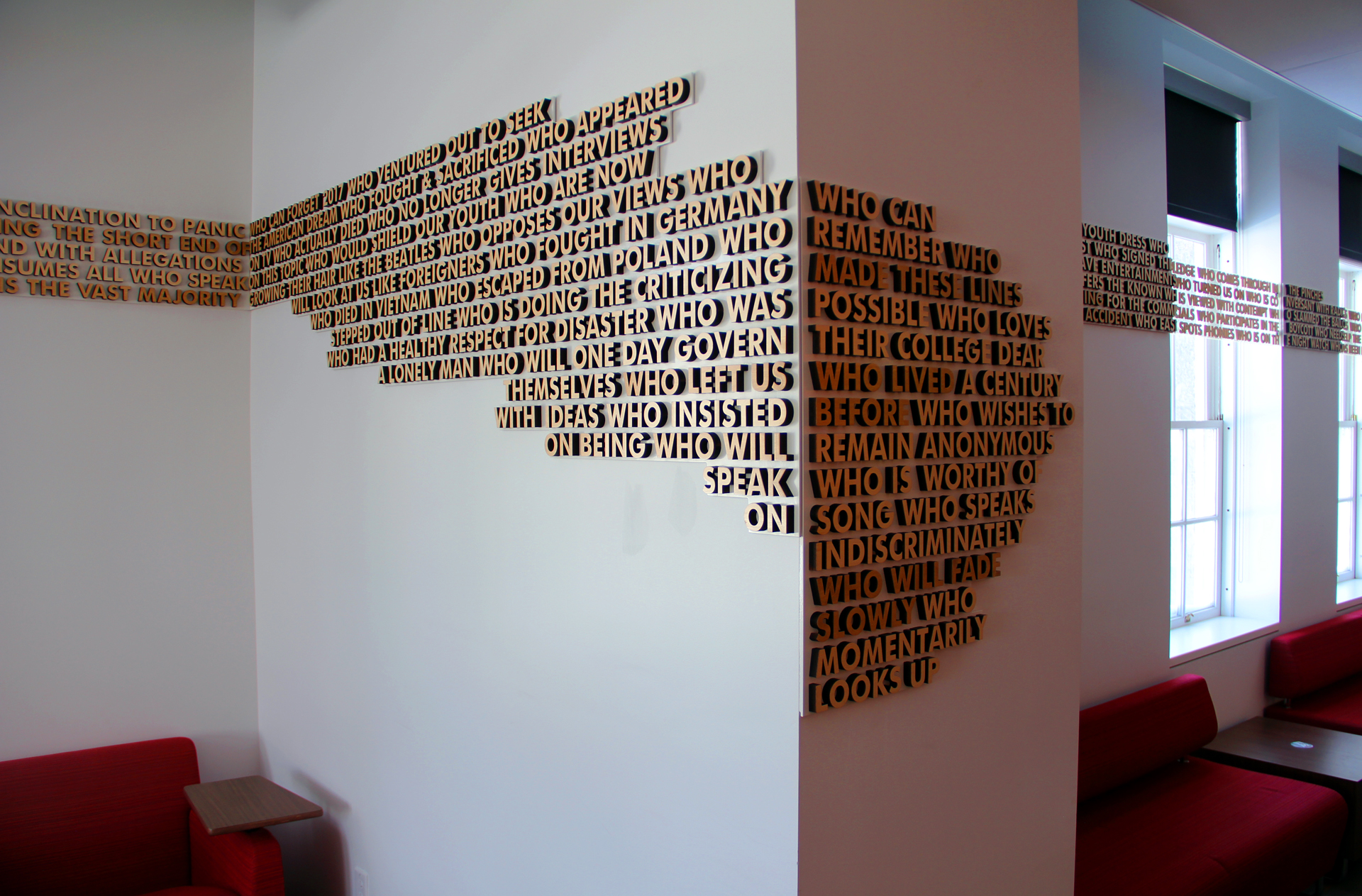 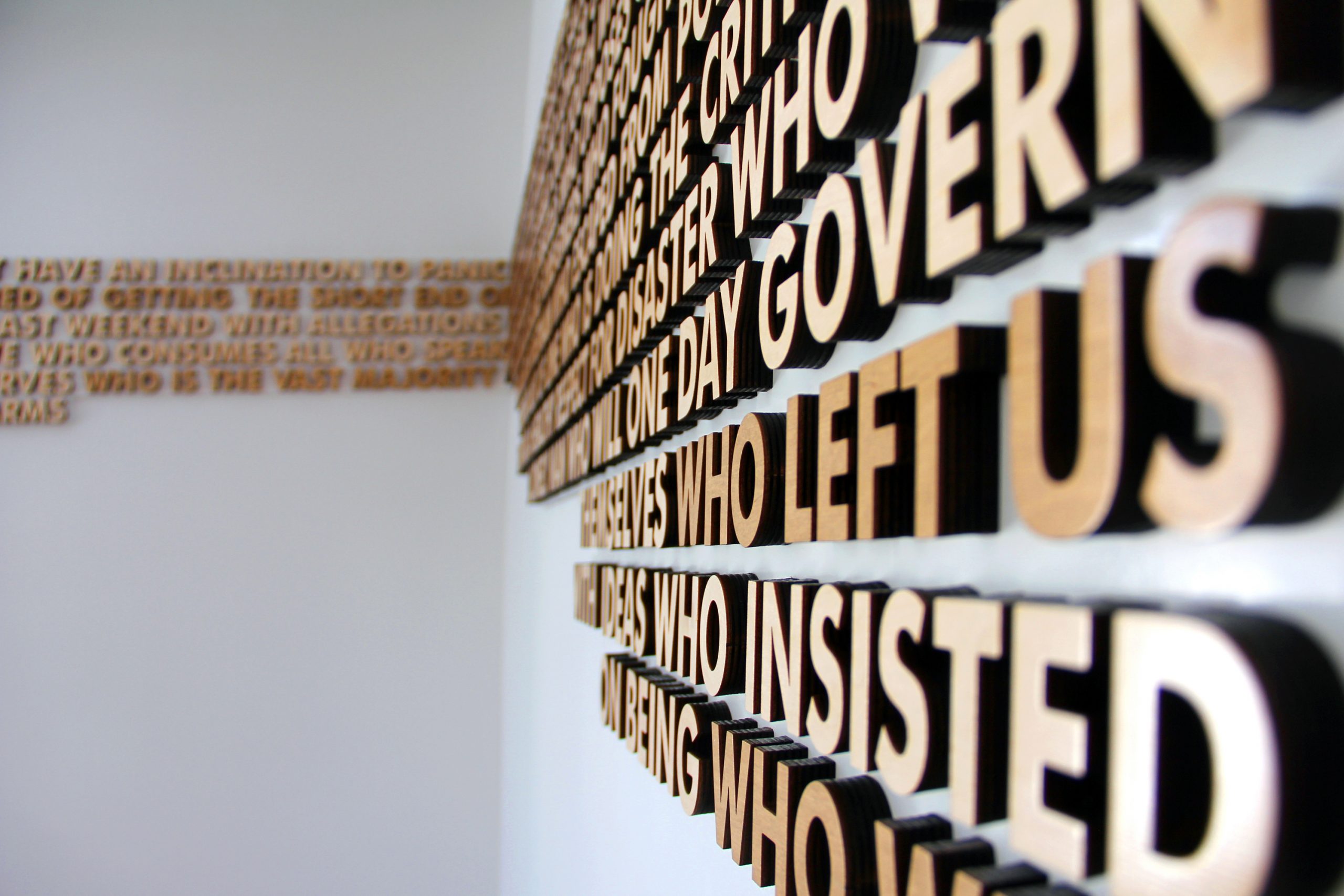 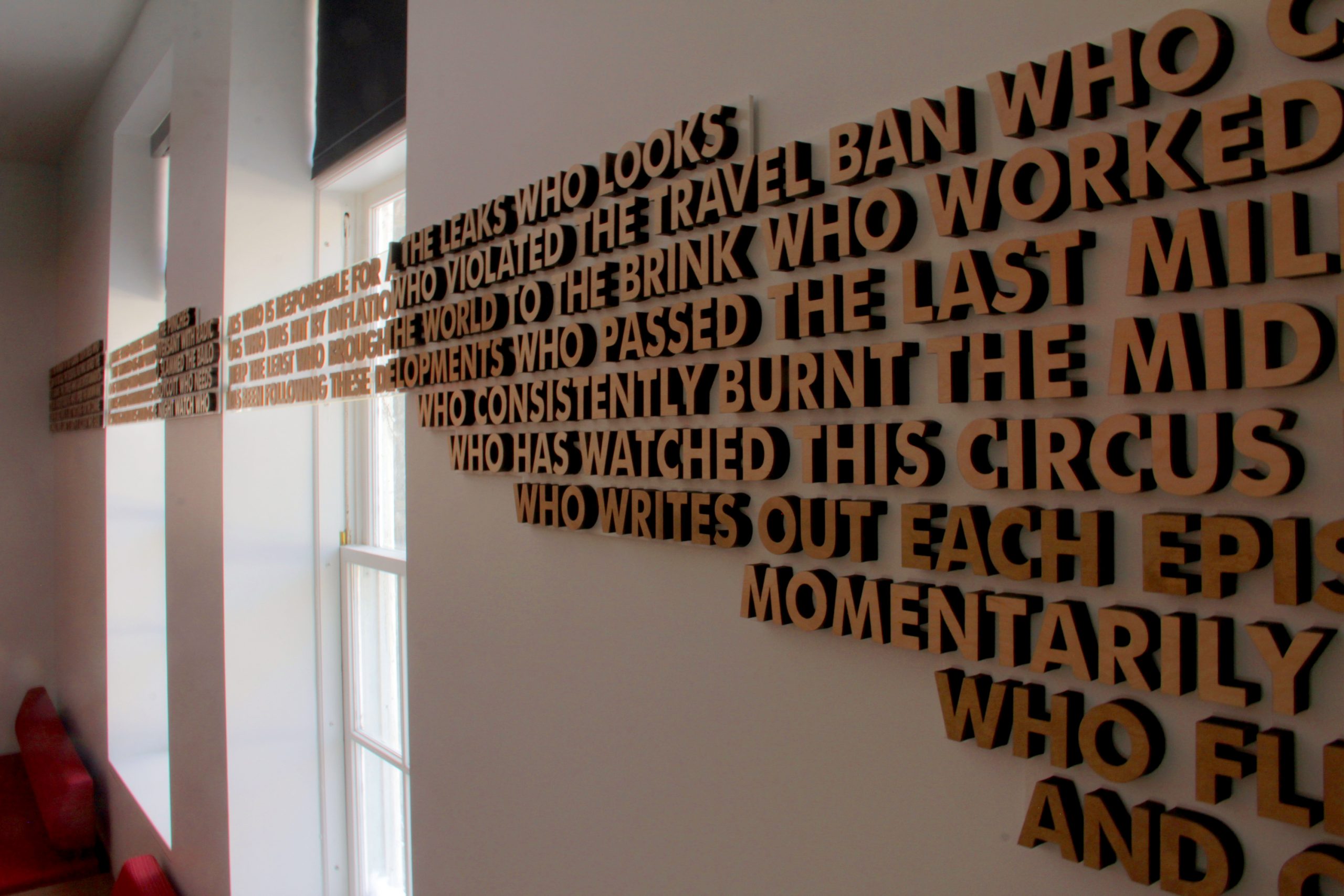 Created as a 21st century response to the text friezes often found in collegiate architecture, FREEZE brings together the voices of many University of Rhode Island students in a room-wrapping form that mirrors the news crawls running endlessly across the TV screens on the room's south wall. This public artwork was designed specifically for the Harrington School of Communication Media and features 125 who questions extracted from URI student publications spanning the University’s 125-year history. Layered into a cacophony that addresses the viewer from multiple angles simultaneously, these questions engage the challenges inherent to navigating today’s 24/7 media cycle.

FREEZE’s multilayered volley of questions stands in response to a type of text frieze common to academic architecture, which displays the words of cultural giants like Aristotle, Einstein and Shakespeare in the ‘eternal’ substance of stone. The purpose of these classical messaging devices is to impart to the viewer an elevating sense of permanence, stability and continuity.

In contrast, FREEZE presents a cross-generational cacophony of anonymous student voices raised in question, set in the perishable material of wood, and framed in the relentlessly disjointed form of a news crawl. Stepping off from one of the “five w’s” (who, what, where, why, when) considered basic in information gathering, the artwork uses its multiplicity of voices, and the multiplicity of topics they address, to evoke the essential instability of information as we receive it via the digital landscape, and to ask its audience of future media and communications professionals who will make sense of it all. FREEZE’s barrage of all-caps, vernacular epigrams looks to its classical predecessor to engage our contemporary world of texts, blogs, tweets, snapchats and 24-hour news: a world where nothing stands still long enough to be carved in stone.

We undertook extensive research into the University of Rhode Island's archives of student publications, going all the way back to the school's founding and the earliest existing publication from the 1880s. Some of the material was digitized, while other items required investigation in the URI Library's rare book archives.