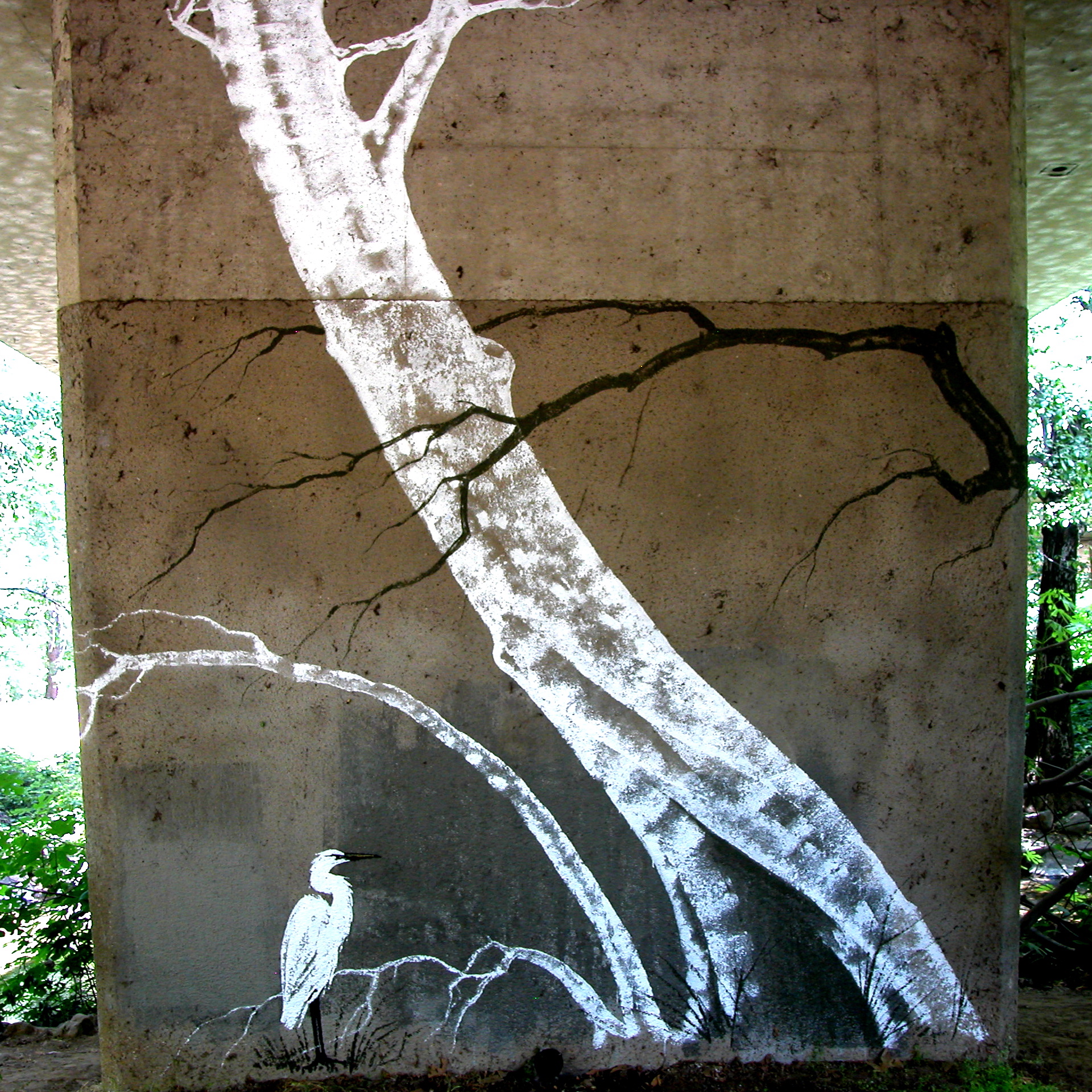 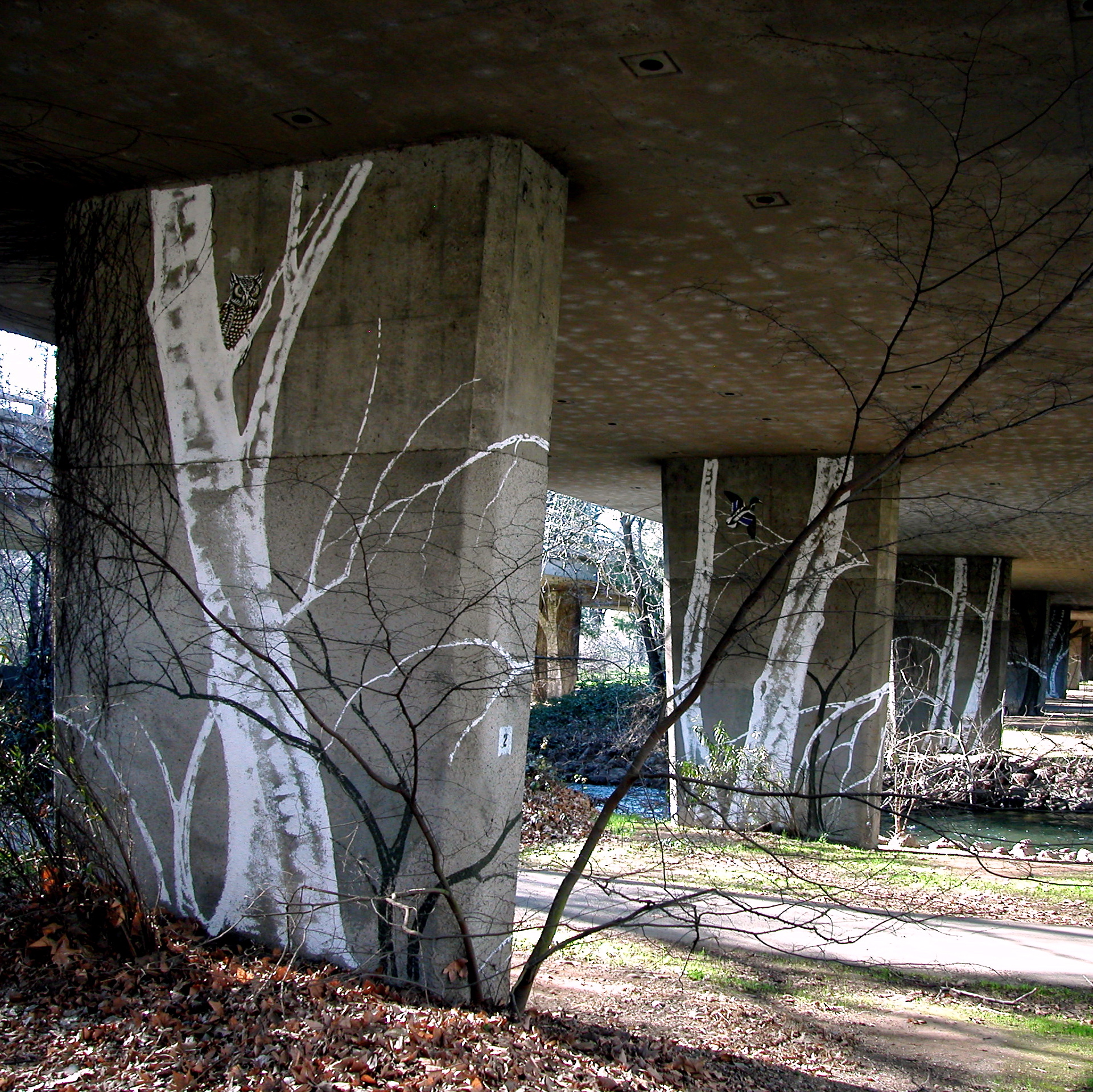 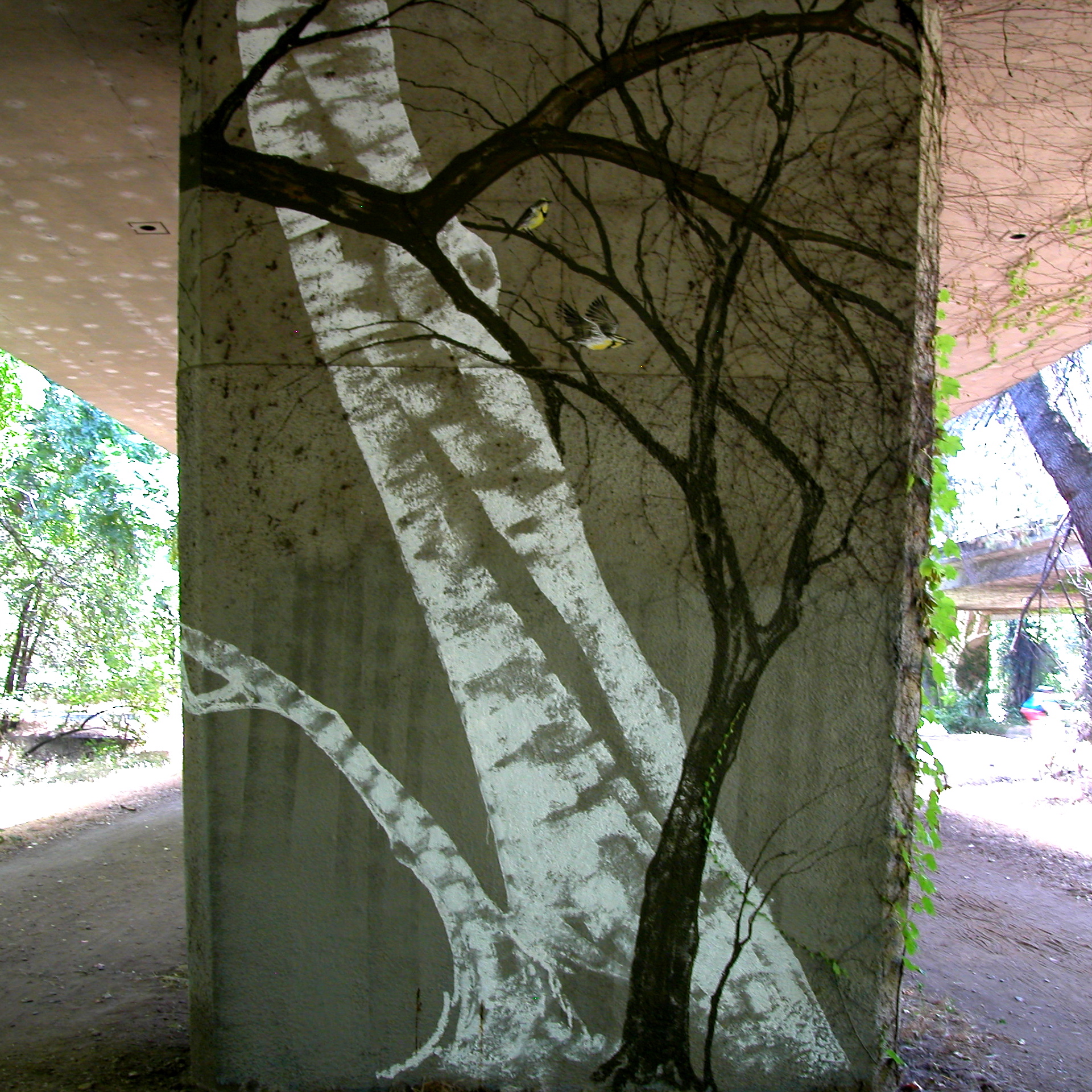 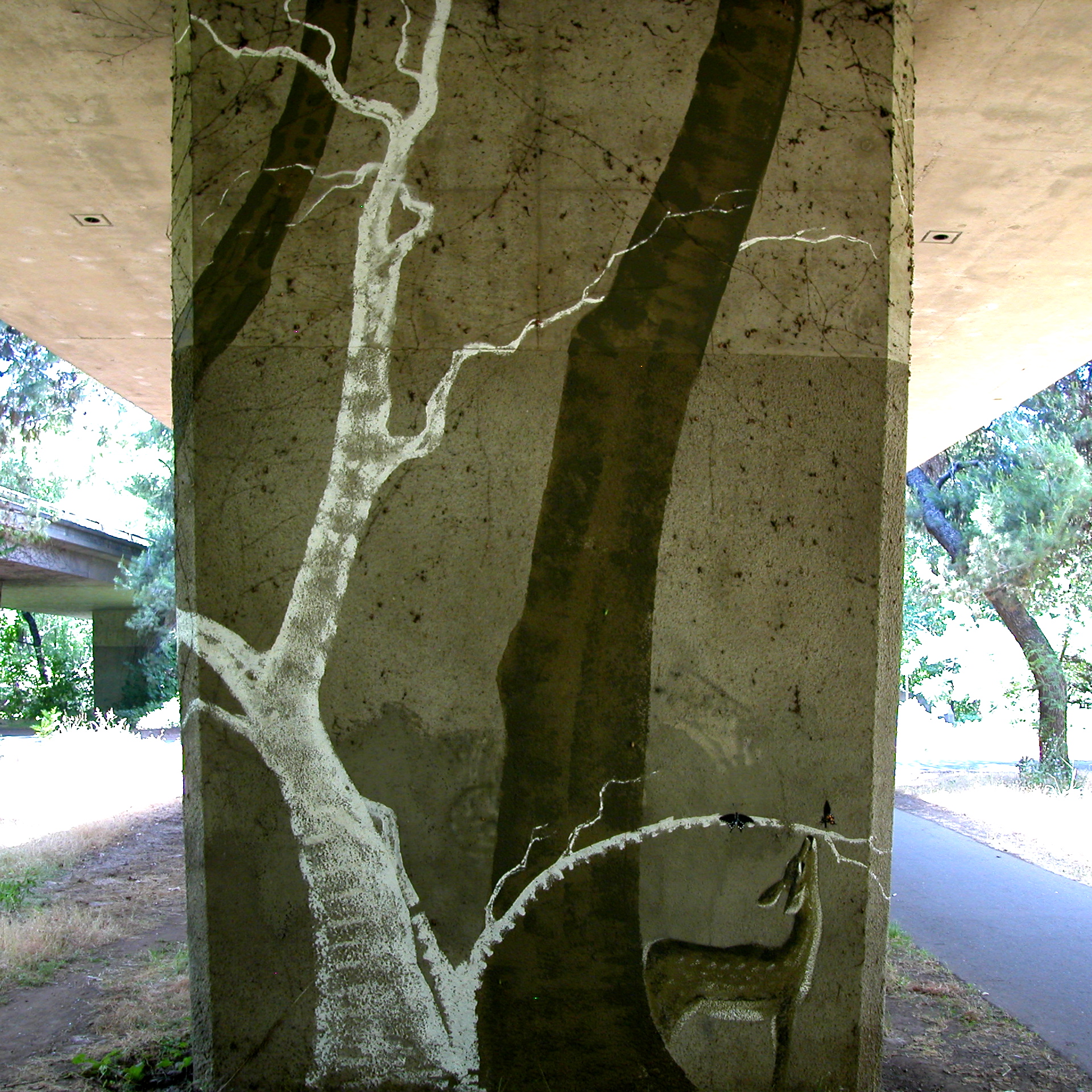 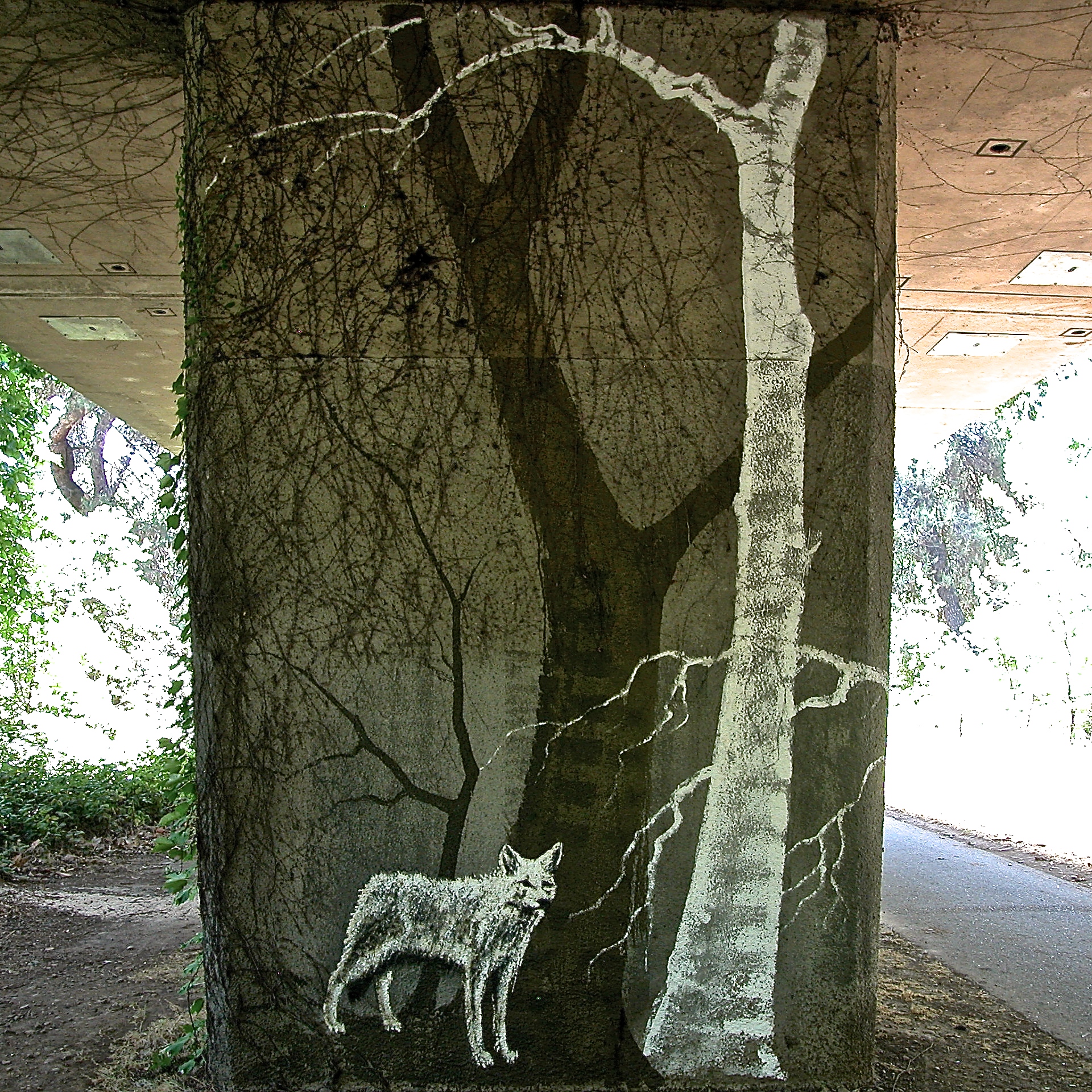 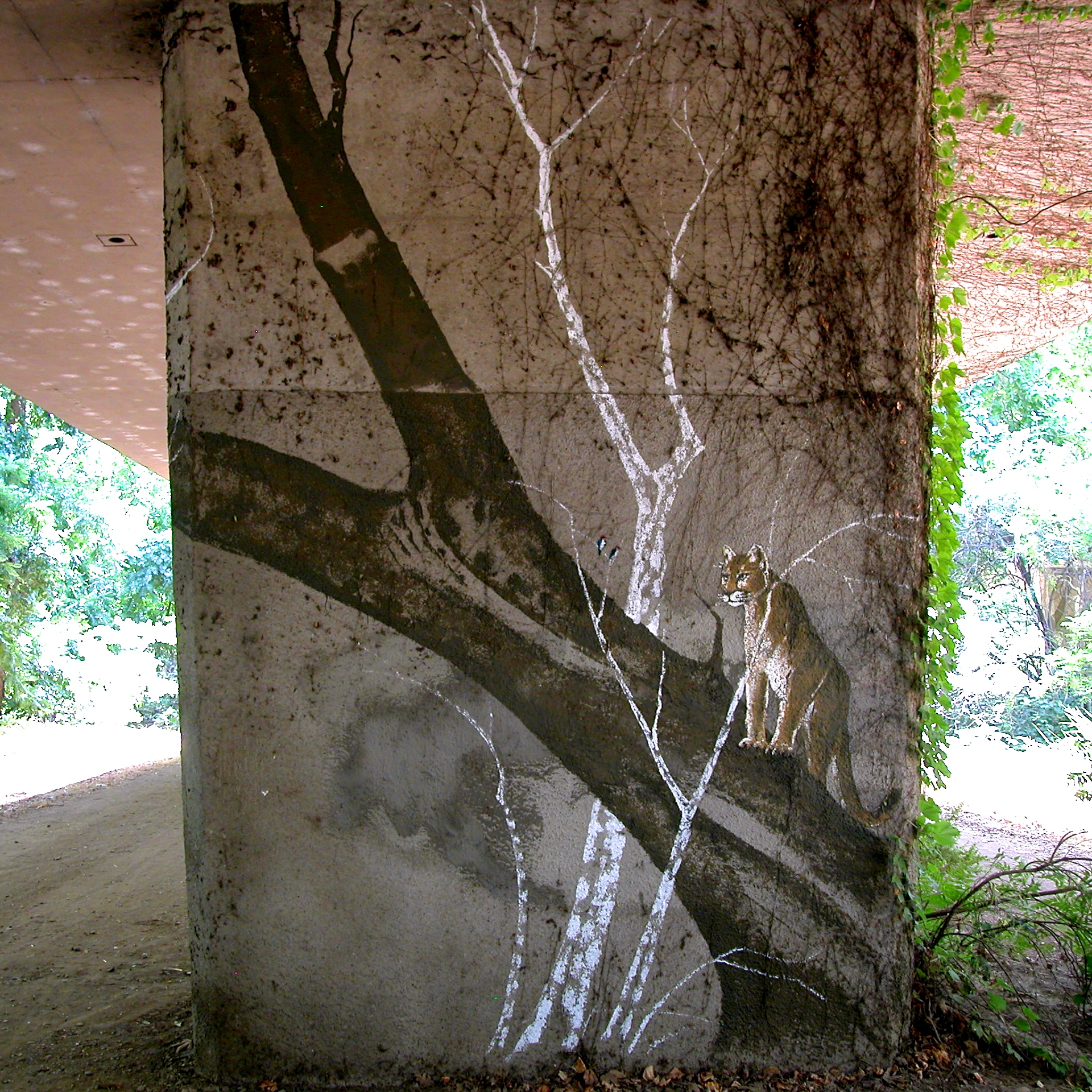 Twenty two large 18'x15' concrete columns support the Highway 99 overpass which spans across a beautiful part of Bidwell Park in Northern California. They're visible from many angles and vantage points, including three roads and a couple bike paths. The intent was to bring natural colors and tree forms from the surrounding hardwood forest and camouflage the grey linear intrusion of the bridge infrastructure.

Tagging and vandalism had become an ongoing problem in the dark areas under the freeway overpass, intimidating kids, joggers, cyclists and other park users. My proposal was to create easily maintainable oak and sycamore tree patterns to bring the life and light of surrounding nature into the area. Many small images of native wildlife scattered throughout the project became educational surprises for future naturalists.

California's highway department, Caltrans, through their Transportation Art Program, signed the encroachment permit authorizing the project which was funded by the City of Chico Park Department. The Bidwell Park and Playground Commission and Art Commission reviewed the project and approved the concept. Local graffiti artists offered their insights on spontaneous roller applied artwork and techniques. Arborists and local Audubon friends suggested ideas for trees, birds and wildlife.

This project took several months to complete but was well received with the local press and neighbors. It was even respected by graffiti artists for years afterwards. The freeway has since been expanded and new columns added under the bridge. Hopefully more trees can be added someday soon.