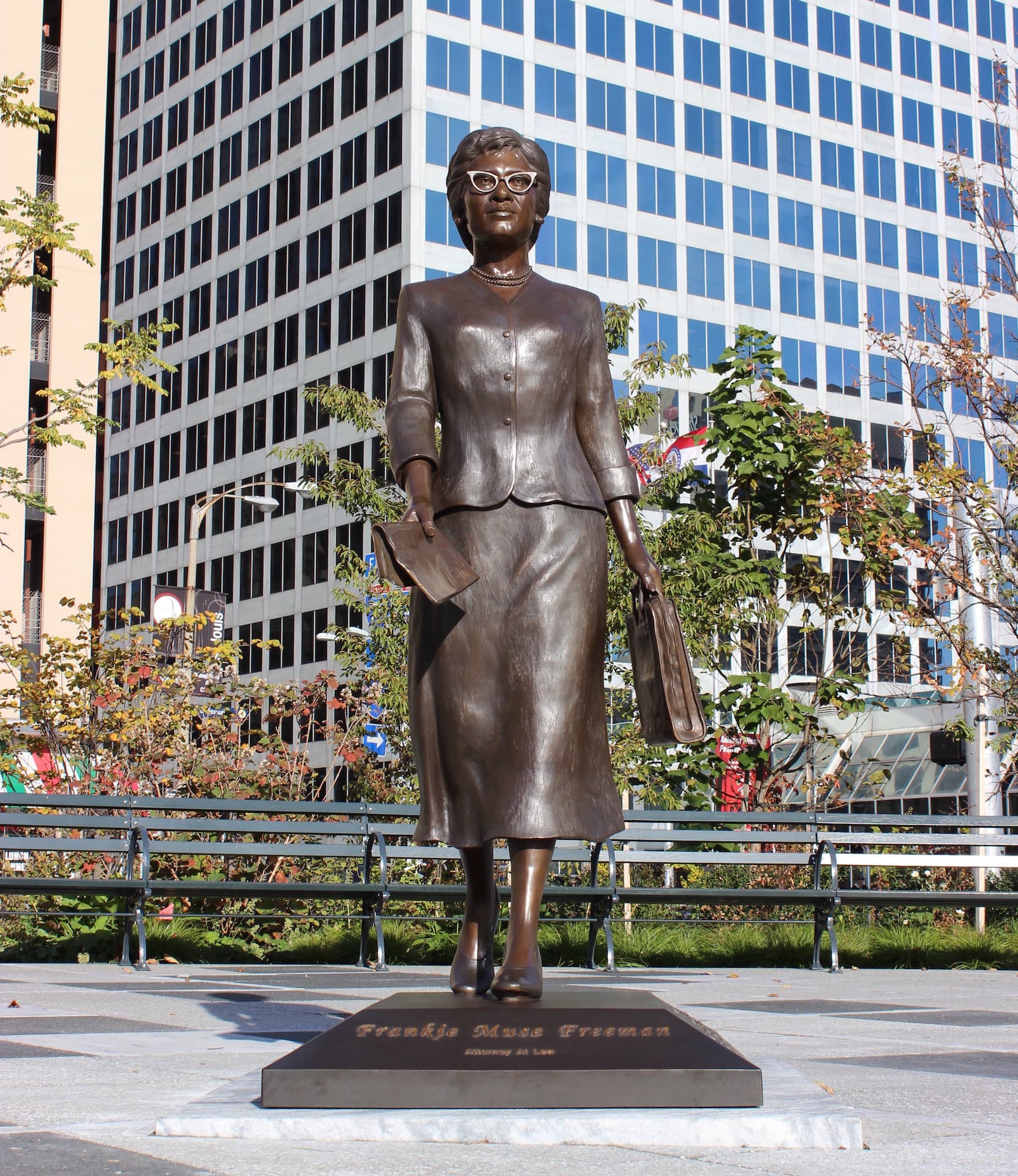 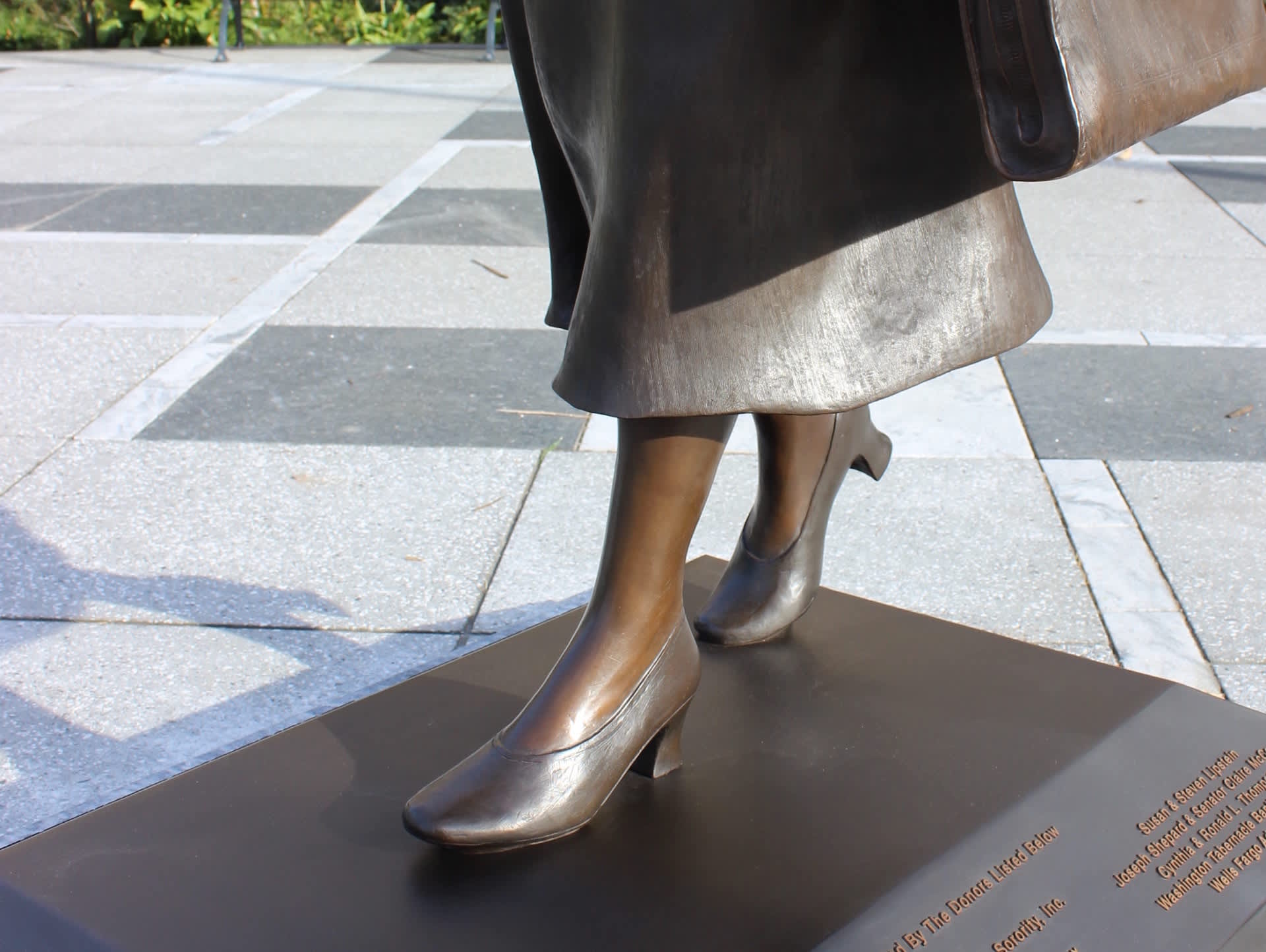 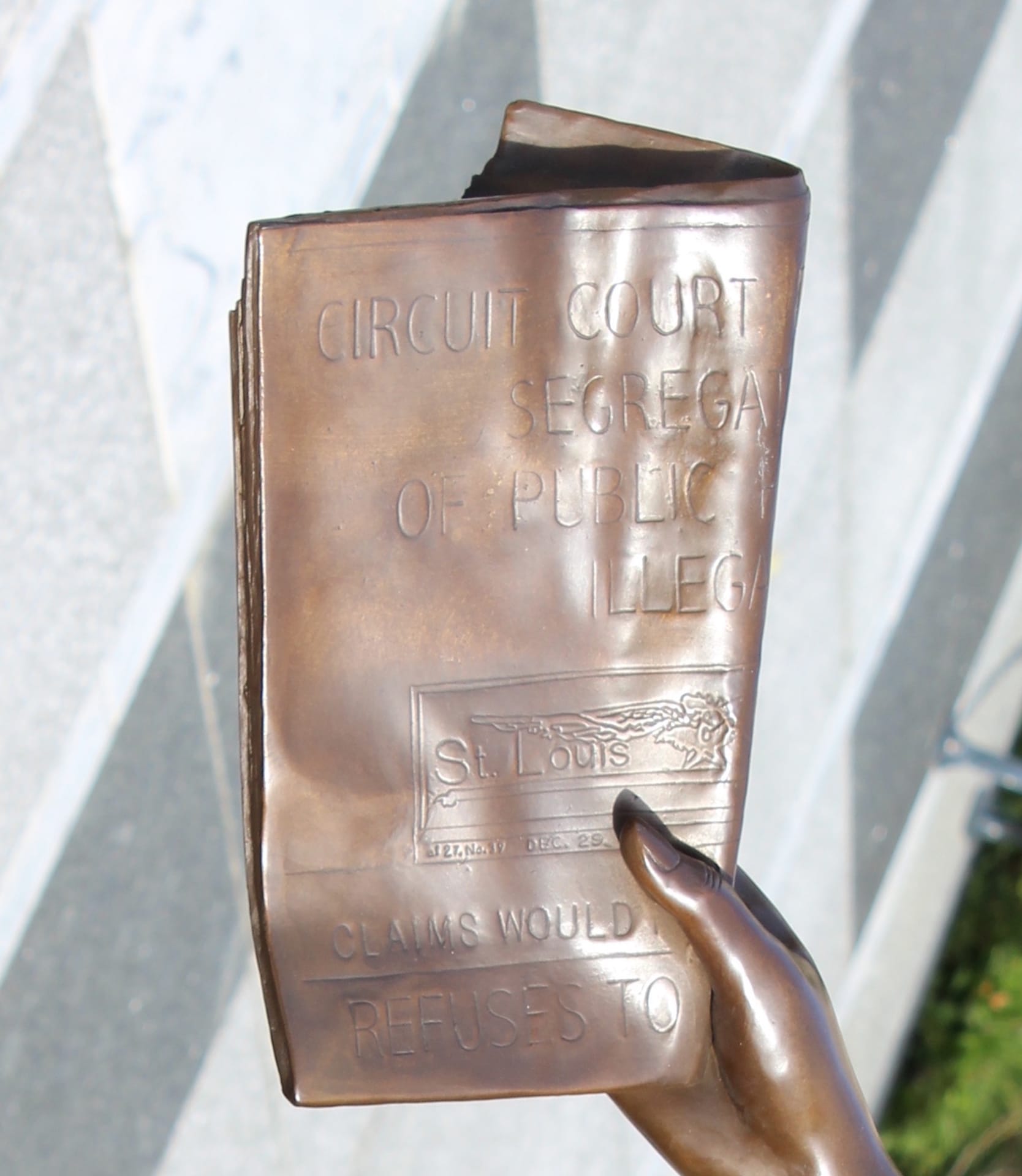 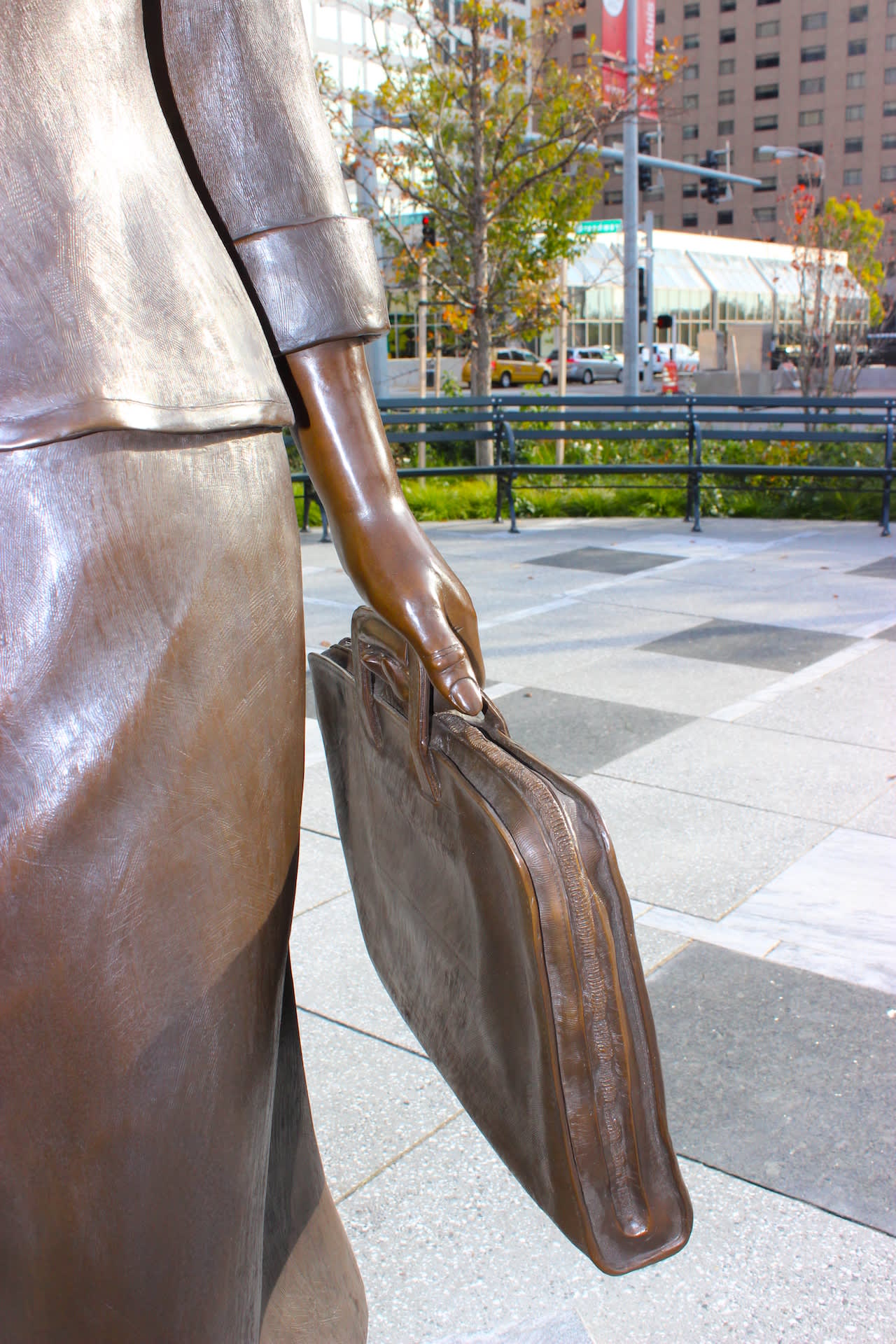 A 6-1/2 foot tall bronze monument of civil rights attorney Frankie Muse Freeman as I imagine she appeared in 1955 after winning her landmark case against the City of St. Louis. I was also responsible for the design and fabrication of the bronze base, delivery, and installation.

The sculpture was integrated into a very high profile, newly redeveloped public park (Kiener Plaza) two blocks from the St.Louis arch. Location and orientation was key, because the Old Courthouse where she won her first major case, faces the park. This courthouse has a special place in the public imagination, as it was connected to the infamous Dred Scott Decision over a century before.

I was responsible for all aspects of the design, but worked closely with the City Planner and the landscape architect that designed Kiener Plaza. Collaboration was key, because construction of the park was well underway when the City agreed to install the sculpture in it and a small portion of it had to be redesigned. The project also benefitted from my artistic collaboration with Frankie Freeman's daughter who is also an artist. She was helpful in her critique of the hair and helped sculpt it during a visit to my studio.