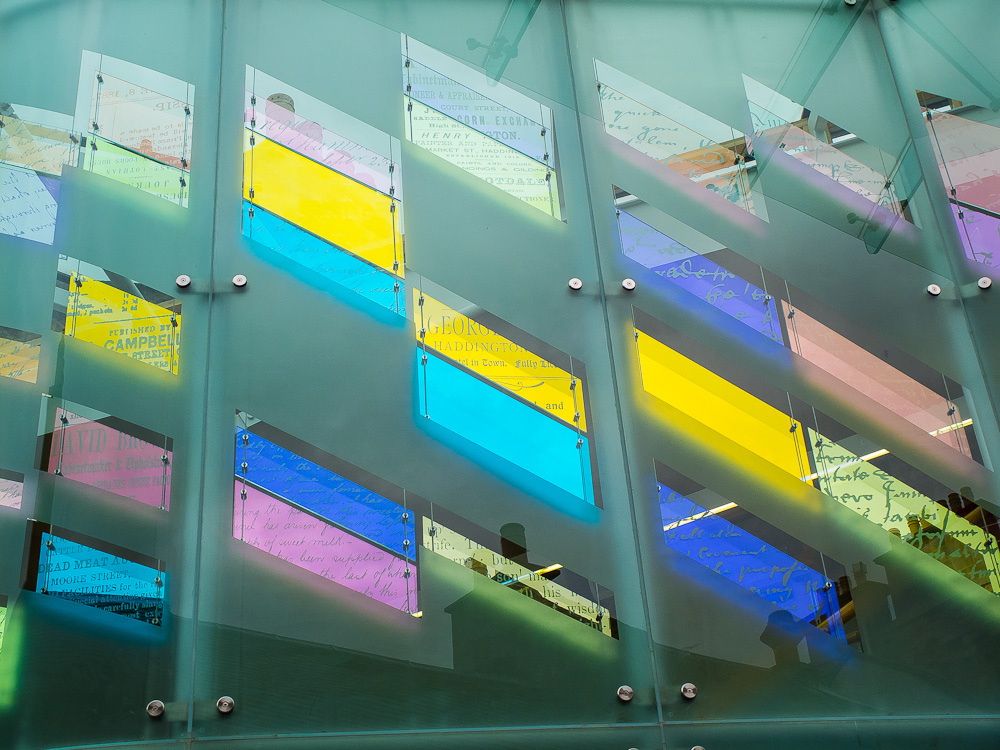 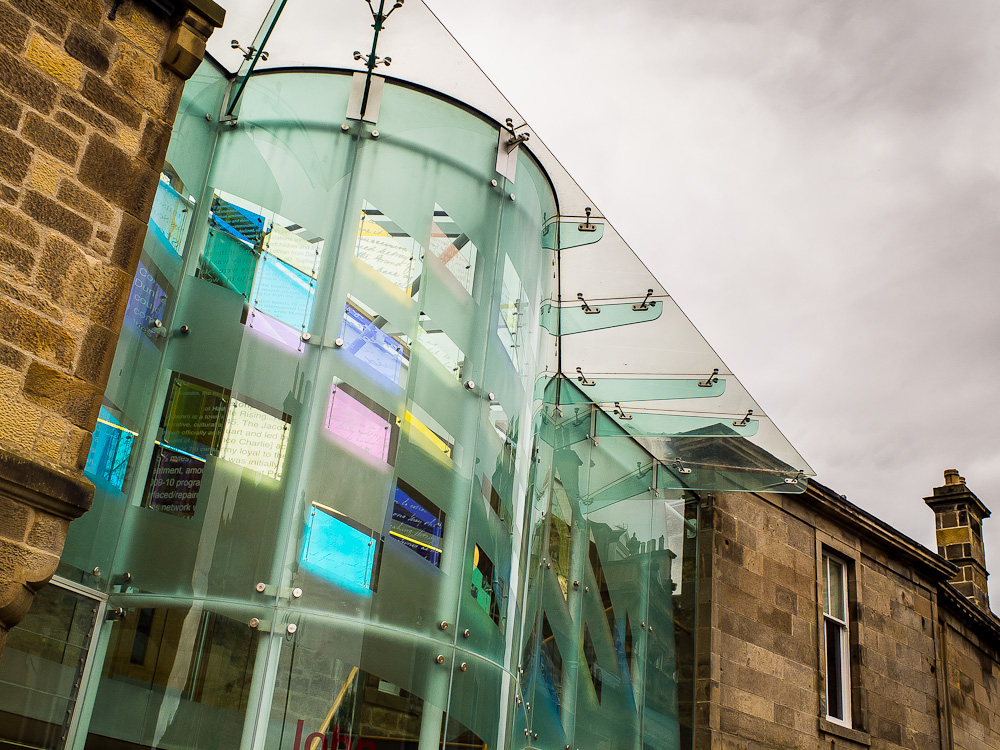 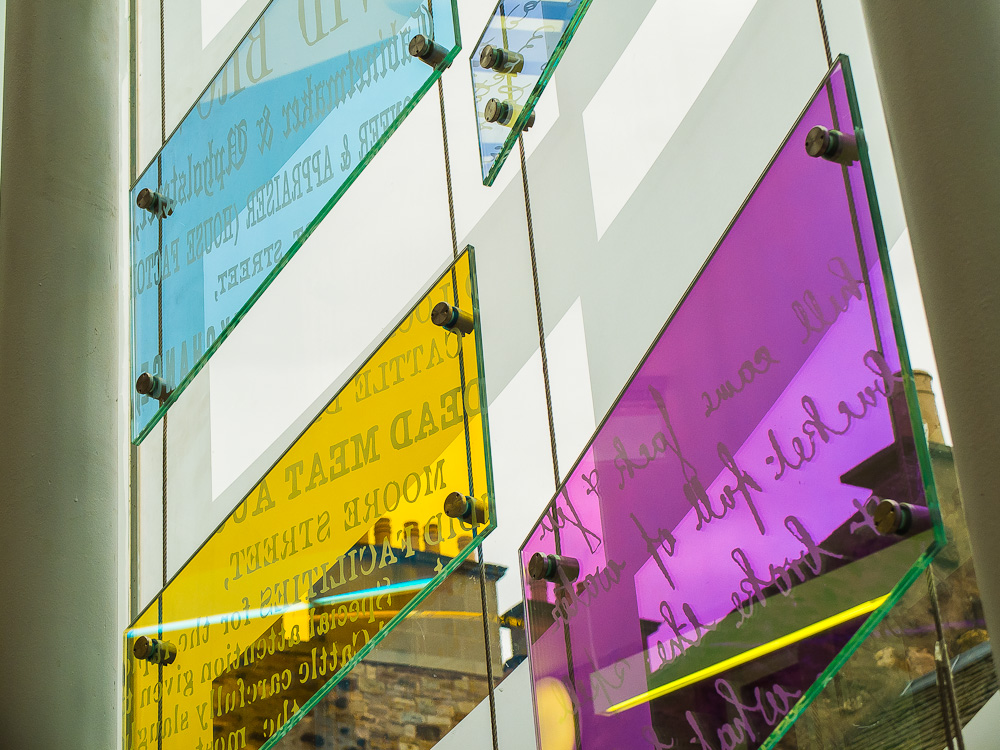 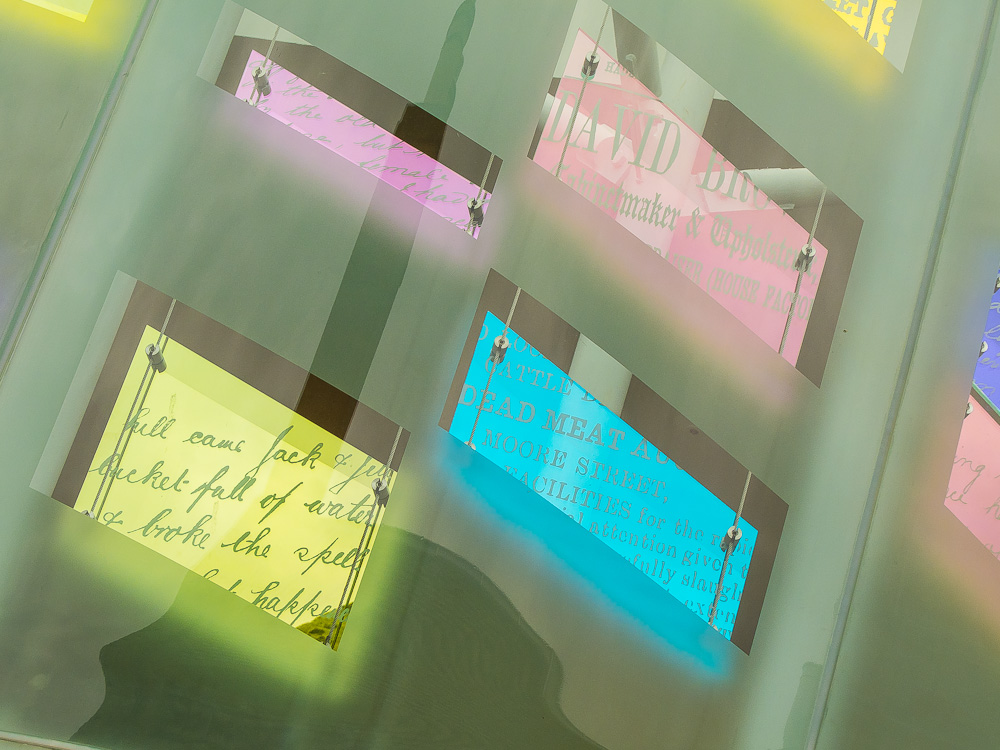 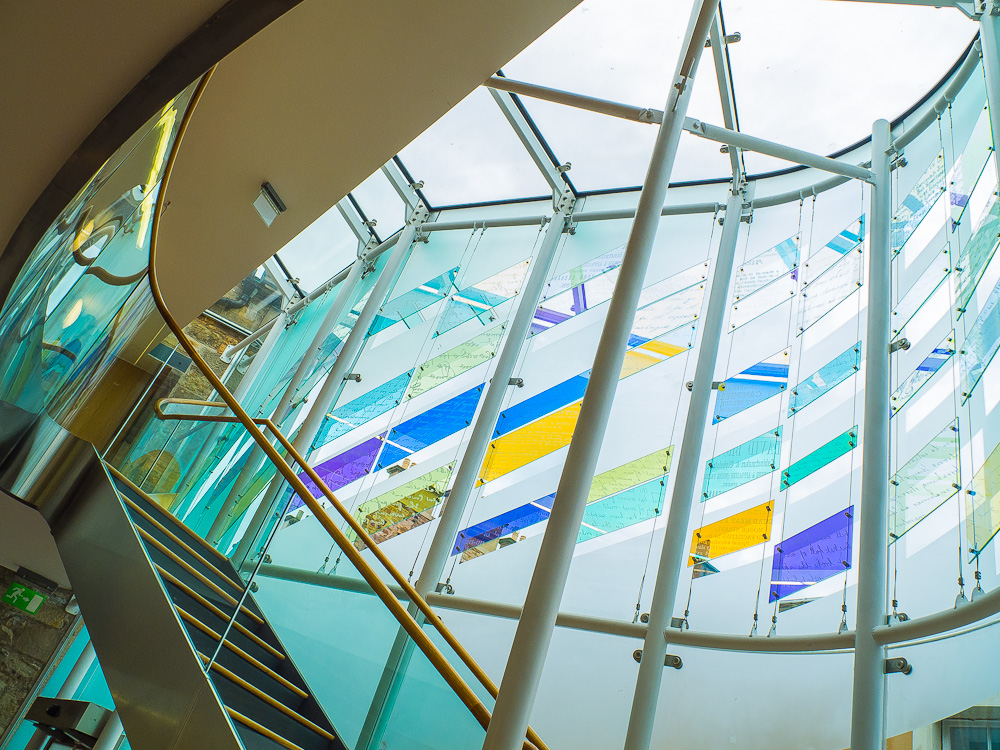 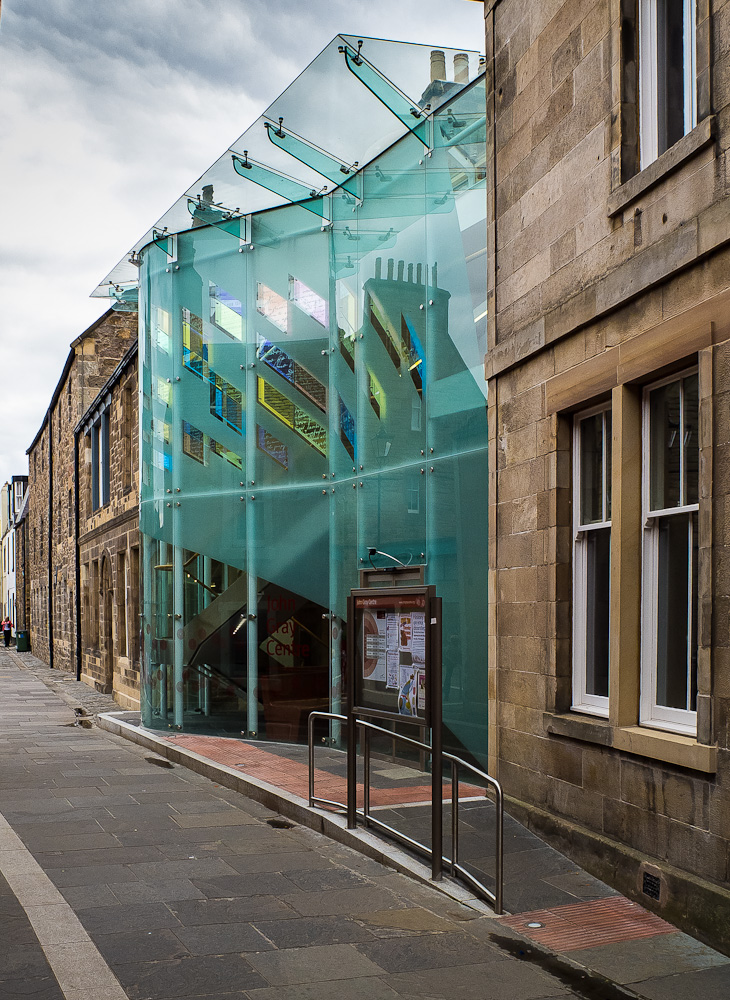 “Fragments of Change” are 54 dichroic glass panels suspended on steel wires for the John Gray Centre in Haddington, a new regional cultural centre for East Lothian Council which now houses a library, museum and archive. The original project brief was to design an artwork, which would provide privacy to the residents opposite, whilst providing a visual stimulus drawing people upstairs into the Centre. The artwork draws on the written records of all these three services and maps across the glass facade 500 years of changes visualised in fragments of hand-written and printed writing, permanently sandblasted into the glass.

The original project brief was to design an artwork which would provide privacy to the occupants of the houses opposite the John Gray Centre whilst providing a visual stimulus drawing people upstairs into the Centre . The site was a complicated curved glass facade, where the artwork could not be integrated permanently into the glass facade itself (e.g. double glazed or bonded) but had to be an integral part of the overall space and to 'draw people upstairs' as much as providing privacy. The choice of the dichroic glass was made as the dramatic changes in the Scottish weather are spectacularly magnified in the changes of the glass in the glass atrium; on a dull day the glass still shimmers and is highly reflective but on a rare sunny day, the coloured glass is set ablaze. Equally, the dichroic qualities of the glass change colour as you move through the space, walking up the stairs thus altering the perception of the work and the text on it. All text on the glass is text which can be found in the Archives or Museum collections. The new artwork was described as 'exceeding expectation' and 'it will transform this space'.

The project involved close consultation with staff from the Museum, Library and Archive services; all of whom were originally dispersed across various sites but would now be housed in a shared building. The role of the artist was to find common ground that would unite the three disparate services into a coherent visual language; words were chosen as a common denominator expressed through the changing fonts and typefaces across the centuries.The staff were involved in selecting the items for inclusion in the art work. A close collaboration with the architect was crucial to the success of this project as was a good working relationship with a complex client group, made up of different stakeholders across the Council.