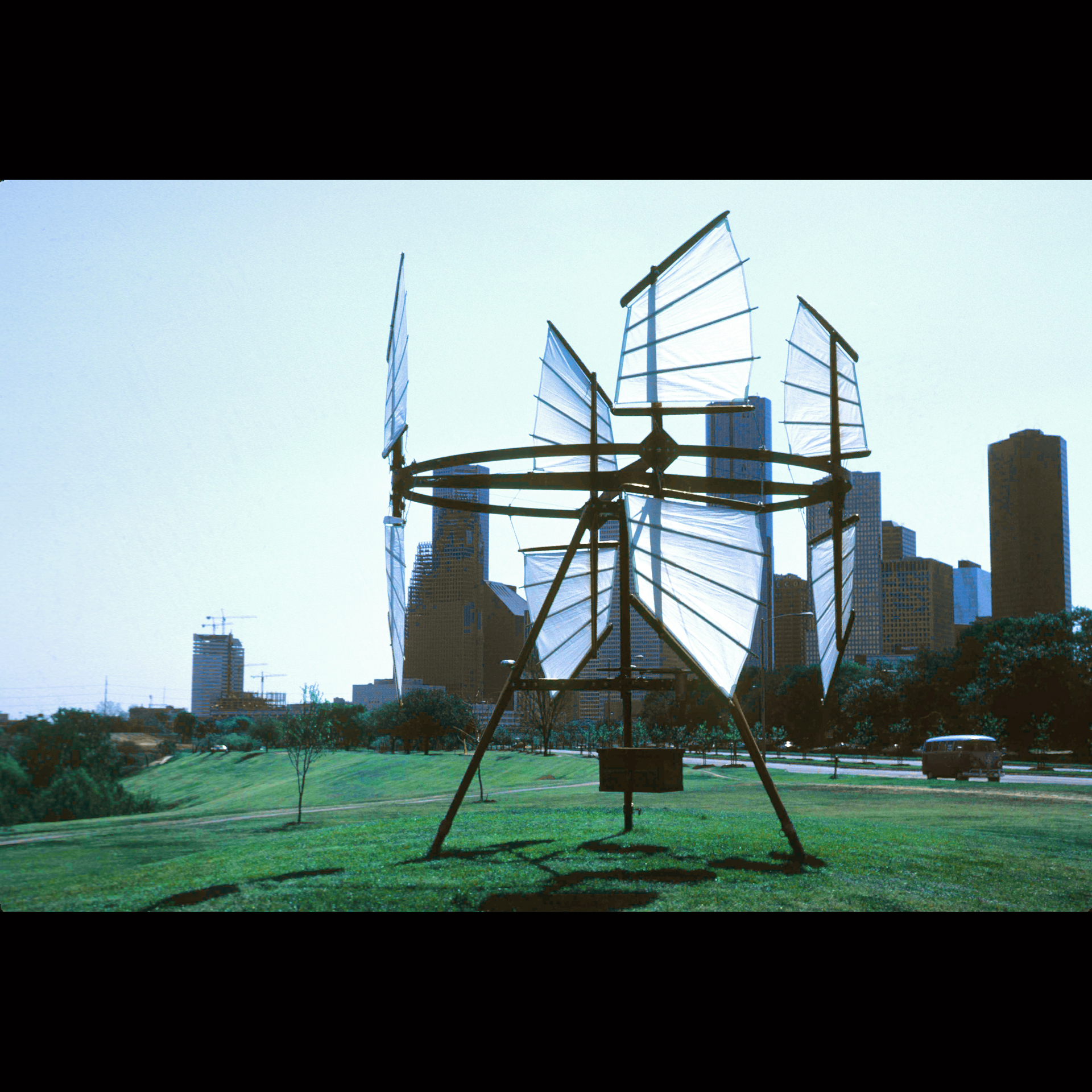 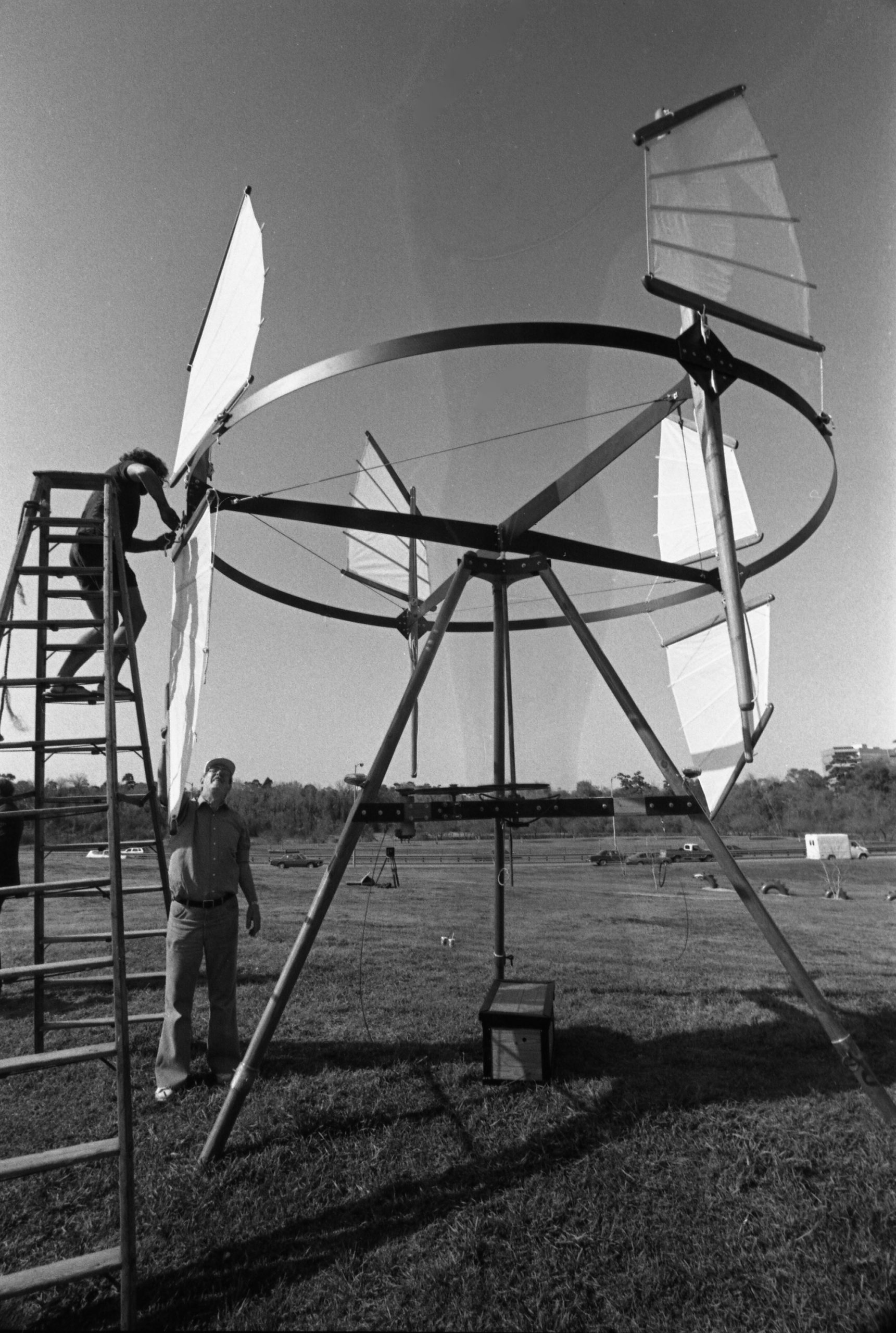 Four Winds was refurbished after being in storage for 25 years, exhibited at the International Kinetic Art Exhibit and Symposium in Boynton Beach Florida 2017. The piece was returned to Houston Texas and in a private collection.
Four Winds is a kinetic sculpture made in 1983 for the Houston Festival in which six Texas artists were awarded a commission to fabricate large outdoor sculptures. Four Winds took 3000 hours to design and fabricate. The 18 x 18 foot structure has been timed at a speed of one revolution per second in a 10 knot wind.

The goal of Four Winds was to integrate art and technology and illustrate illumination of an artwork using old world technologies to produce electricity that powered large LED marine lights, turning the lights on at dusk and off at dawn.

The collaboration began by working from a drawing to maquette and introducing it to a yacht designer and engineer Dwight Brown whom modified the design and collaborated in the fabrication of Four Winds over a number of months. Our mantra was that the object was an experiment!

It was estimated that 50,000 people visited the sculpture exhibit over the three-week installation. After a number of showings the piece was disassembled for refurbishing in a warehouse on the Texas Gulf Coast. When hurricane Alicia flooded the building, the wooden components rose with the water, broke through the windows, and floated into the Gulf of Mexico. I offered a reward of $10.00 per piece to anyone who found the parts of Four Winds in the hurricane's aftermath. Fortunately for me, several kid scavenged for them, and 90% of the pieces were returned.