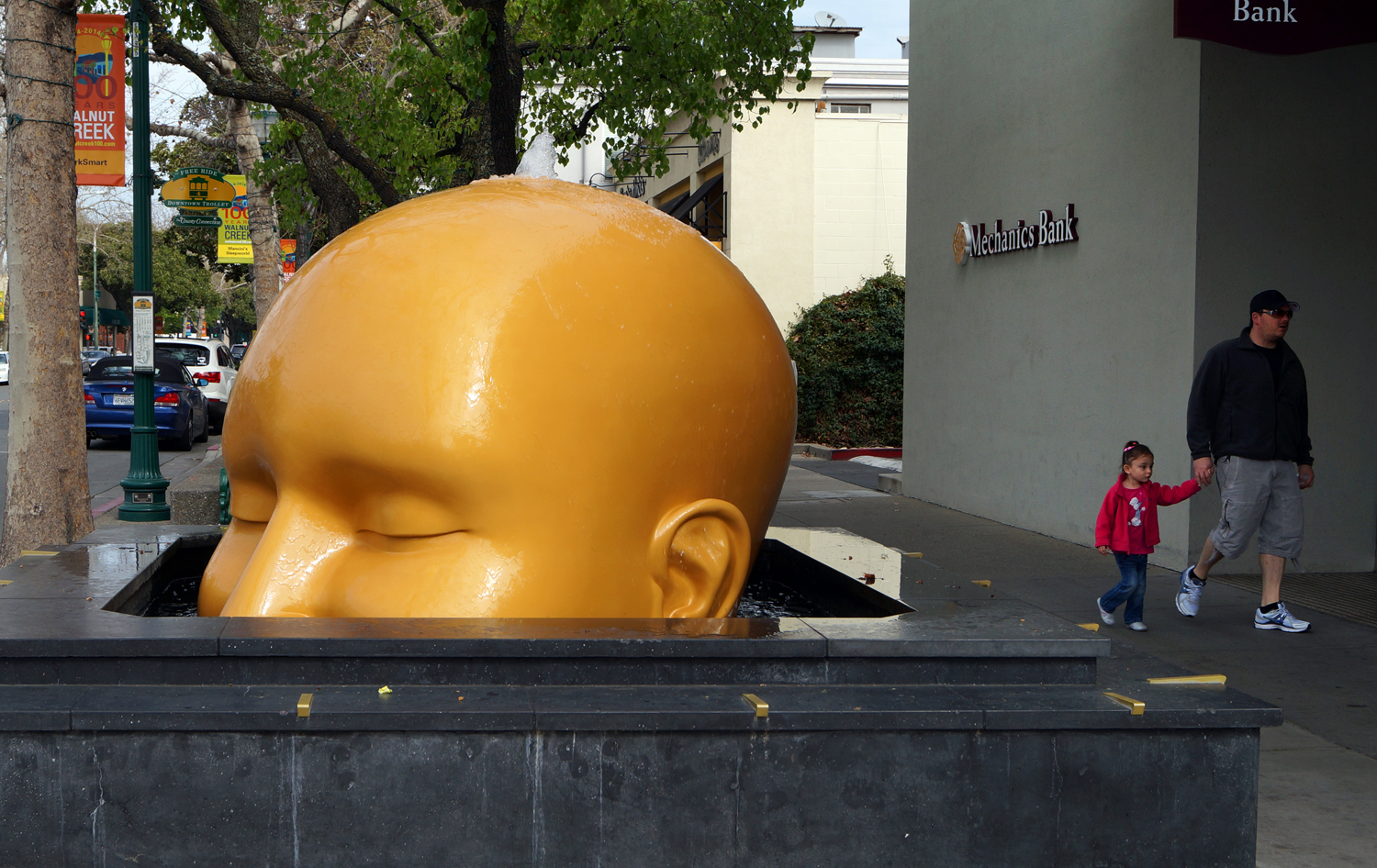 Fountain Head is playful, whimsical, colorful, and welcoming, and is visible to both pedestrian and vehicular traffic. Seyed Alavi created a sculpture that is complex and profound, and at the same time fun, humorous, child friendly and accessible to the public at large. The water gently bubbles out of the top of the golden head, cascading down the entire surface and into the fountain. The gold fiberglass head is approximately 45” high, by 77” long and 66” wide. The black pigmented fountain walls are 12’ square by 2’ 10” high.

The fountain was originally constructed in the 1970’s and was showing its age. The artist
constrained to the existing measurements and structure of the fountain, so devising a creative and engaging solution with the small budget was critical.

The City of Walnut Creek partnered not only with the Downtown Business Association, but with contributors Wells Fargo Bank and Mechanics Bank where the fountains are located. All parties had a seat on the panel that selected both the artist and the final design. In a series of meetings there was much input and discussion about the goals for the project the artist’s method of spending hours sitting at the fountain at different times of day observing how people interacted with the fountains. Seyed Alavi also had many discussions with people on the street about what they would like to see and experience.

The downtown fountains were constructed as part of a North Main Street beautification project in 1973 that also included planters and benches, all of which were made of concrete with aggregate surfaces. In 2009, the Downtown Business Association (DBA) requested the City renovate the water features, with some funds contributed by the DBA. The City approved the project and decided it would be the first public art project funded by the city’s Public Art In-Lieu funds. In 2014 CNN Travel named Fountain Head one of "15 of the world's most spectacular fountains."