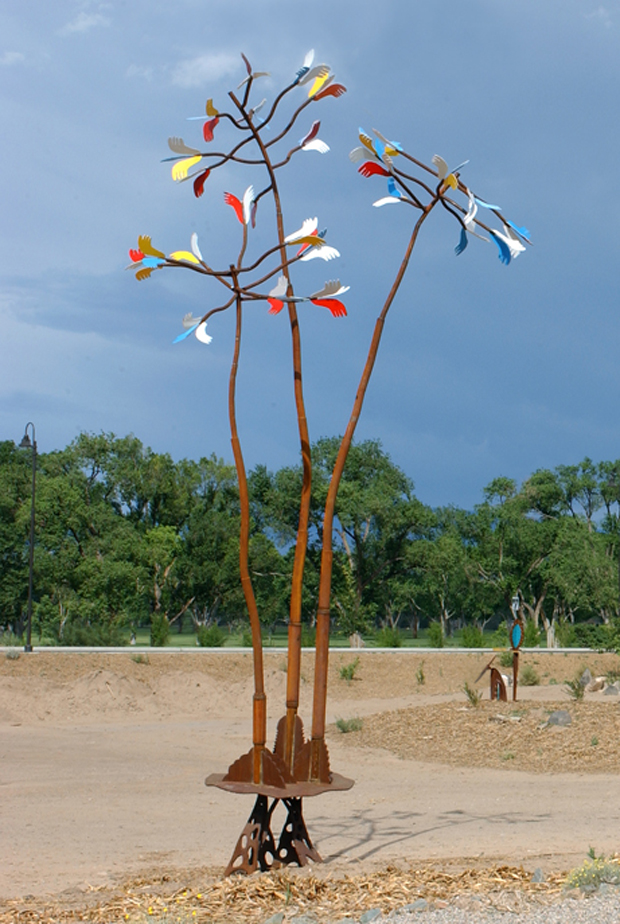 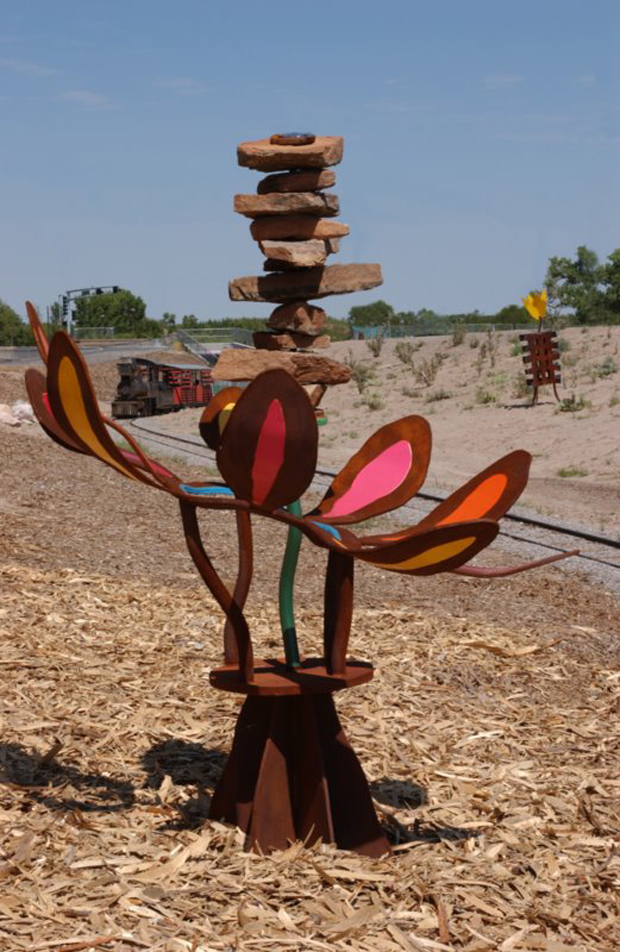 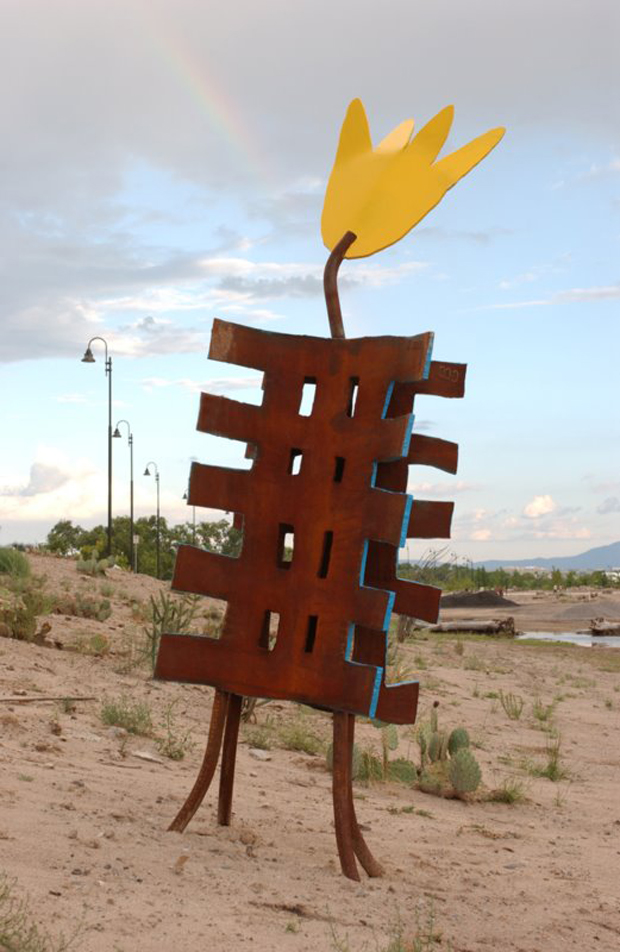 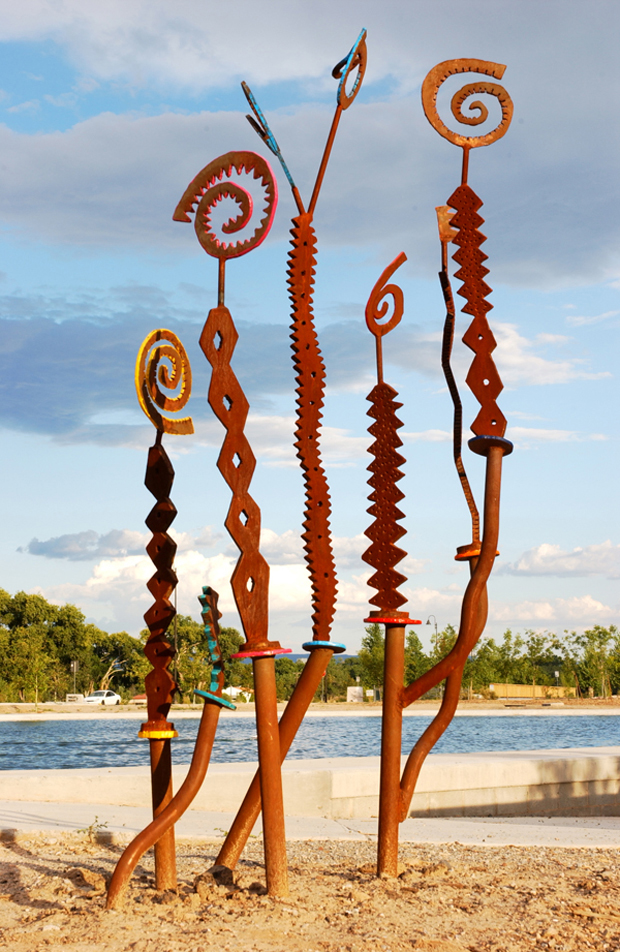 In 2001 Ed Haddaway and two other artists were each selected to receive $150,000 commissions from the FUNd of The Albuquerque Community Foundation. Administered through Albuquerque Municipal Public Arts, the pieces were to be installed at Tingley Beach, a lake filled park along the Rio Grande near Albuquerque’s Zoo, Aquarium, and Botanical Gardens. Tingley Beach underwent a major renovation and what had previously been a dilapidated duck pond was rehabilitated by the Army Corps of Engineers. Because of the reconstruction and various other problems, the work and installation of the artwork was delayed until 2006 /07.

Ed Haddaway’s project “El Bosque de los Suenos” or “Forest of Dreams” underwent major revisions since its initial conception. All three public sculptures dealt with the theme of “water” and its importance to the desert environment. Haddaway chose to deal with plant life found along the river. In keeping with the artist’s sensibilities, he produced a group of mythical, dreamlike painted and rusted steel “trees” which when placed into the landscape as a group would create an exciting interpersonal environment.

Originally intended to be placed in or near the children’s lake the work was instead relegated to a large unfinished area at the north end of the park, the seven pieces were reduced to six, and the landscape architect’s plans were scuttled. In spite of these difficulties, Haddaway has created a childlike and fanciful group of works whose bright colors energize the space and entice visitors into the narrow park. The scale of the pieces, the tallest of which stands at 35 feet, is large enough to effectively impact their surroundings. The work is visible from the main thoroughfare in the city. “El Bosque de los Suenos” is a major asset to the cultural landscape of Albuquerque.