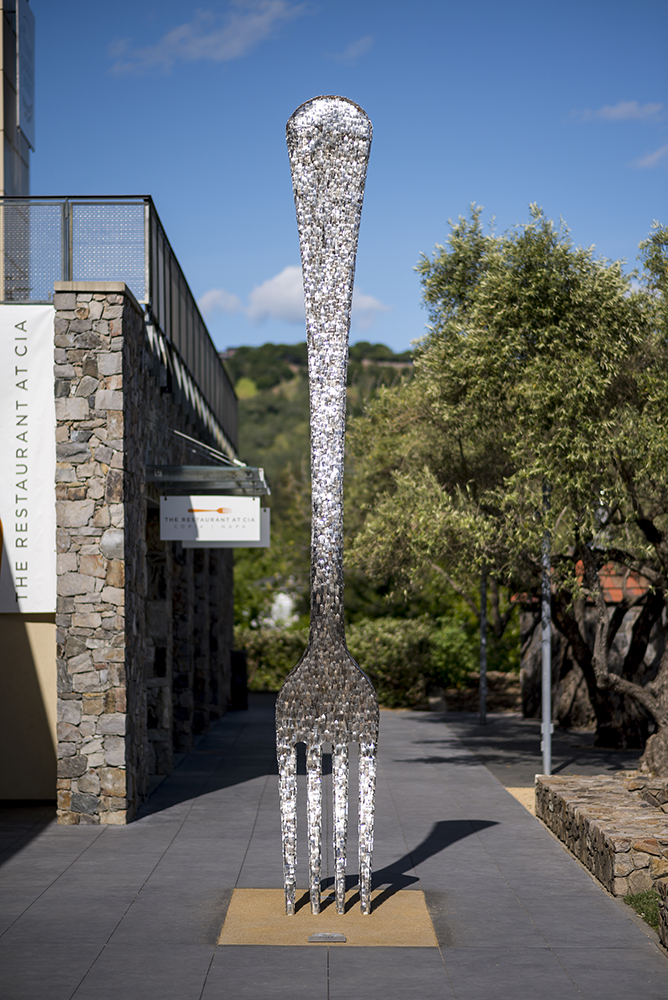 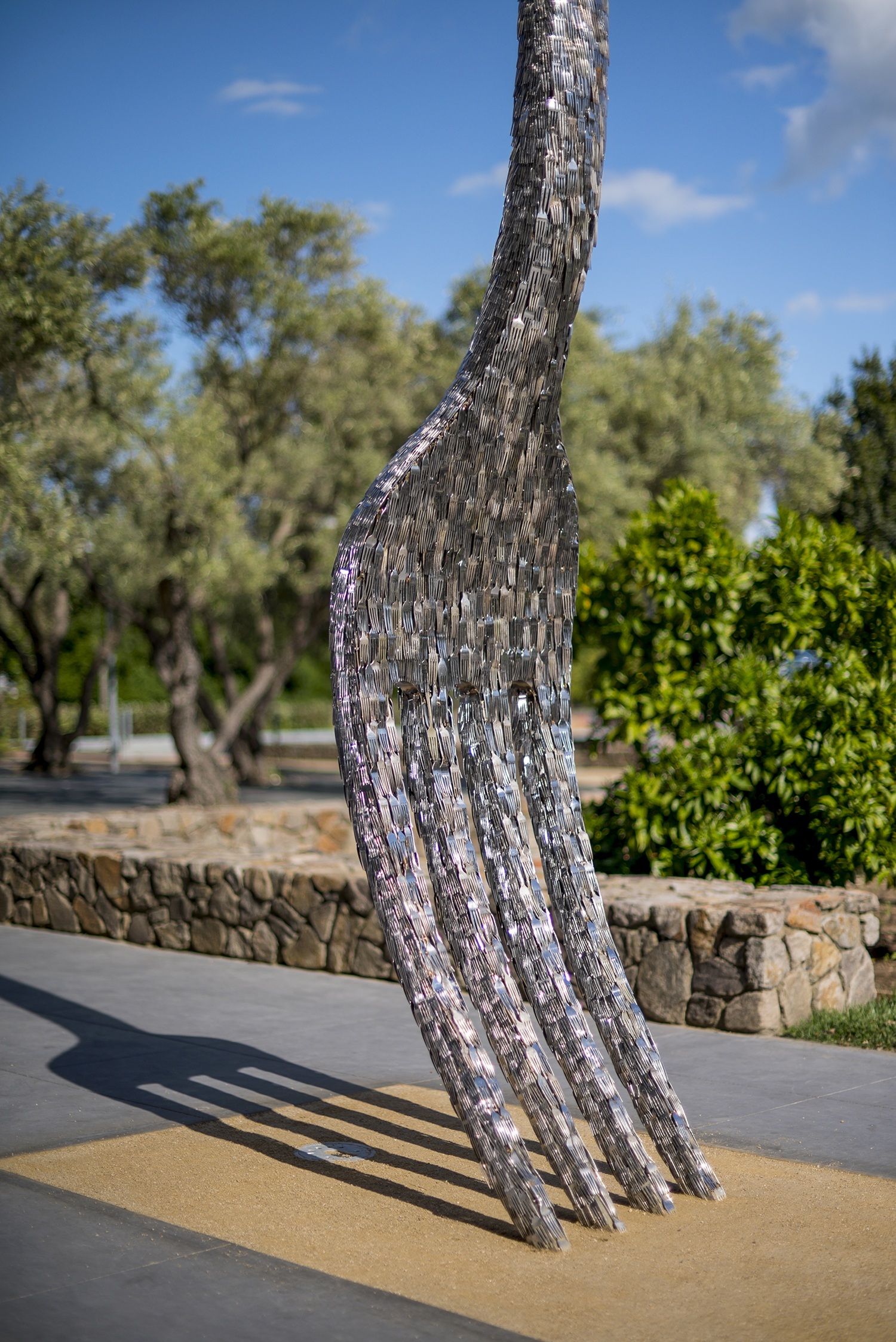 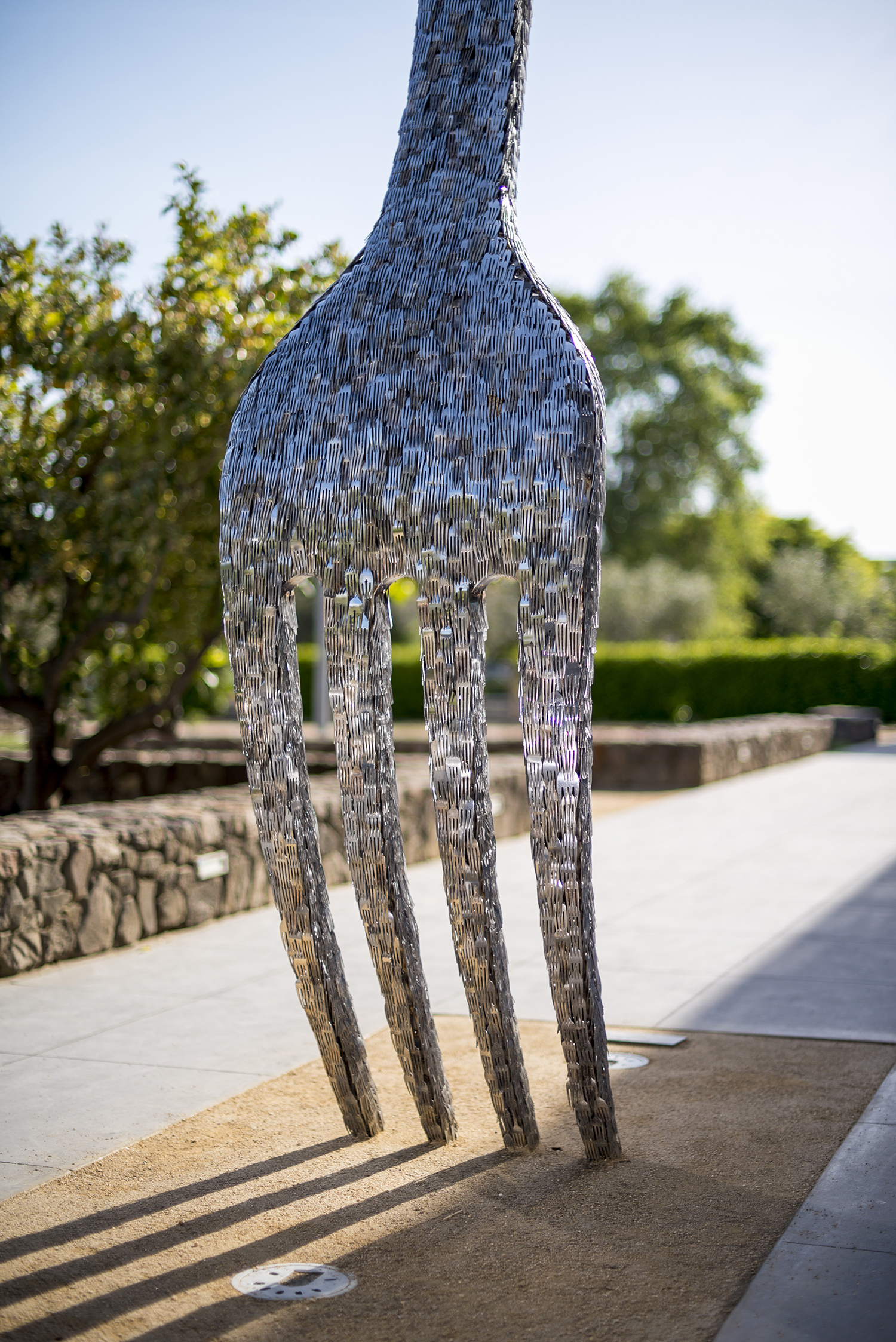 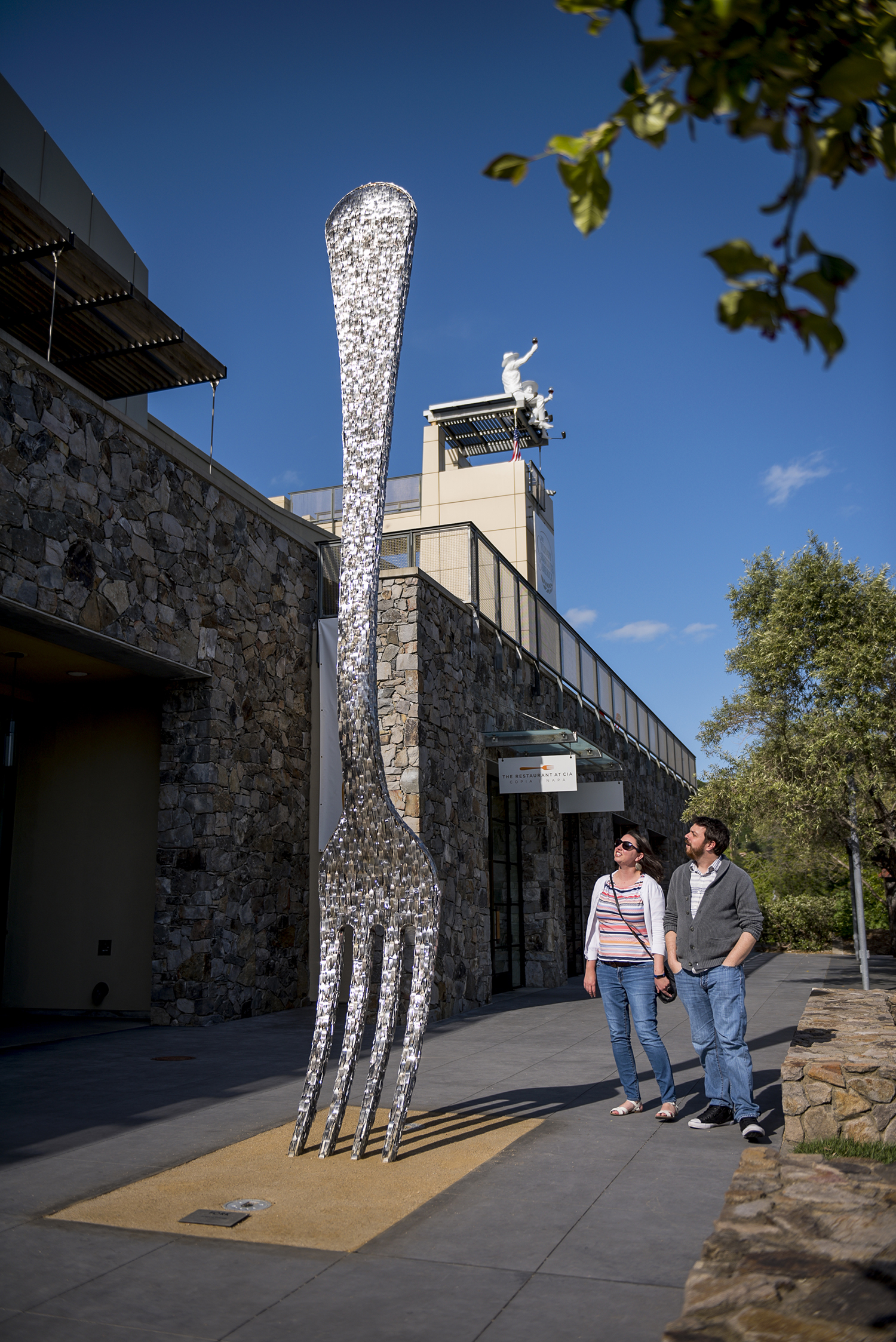 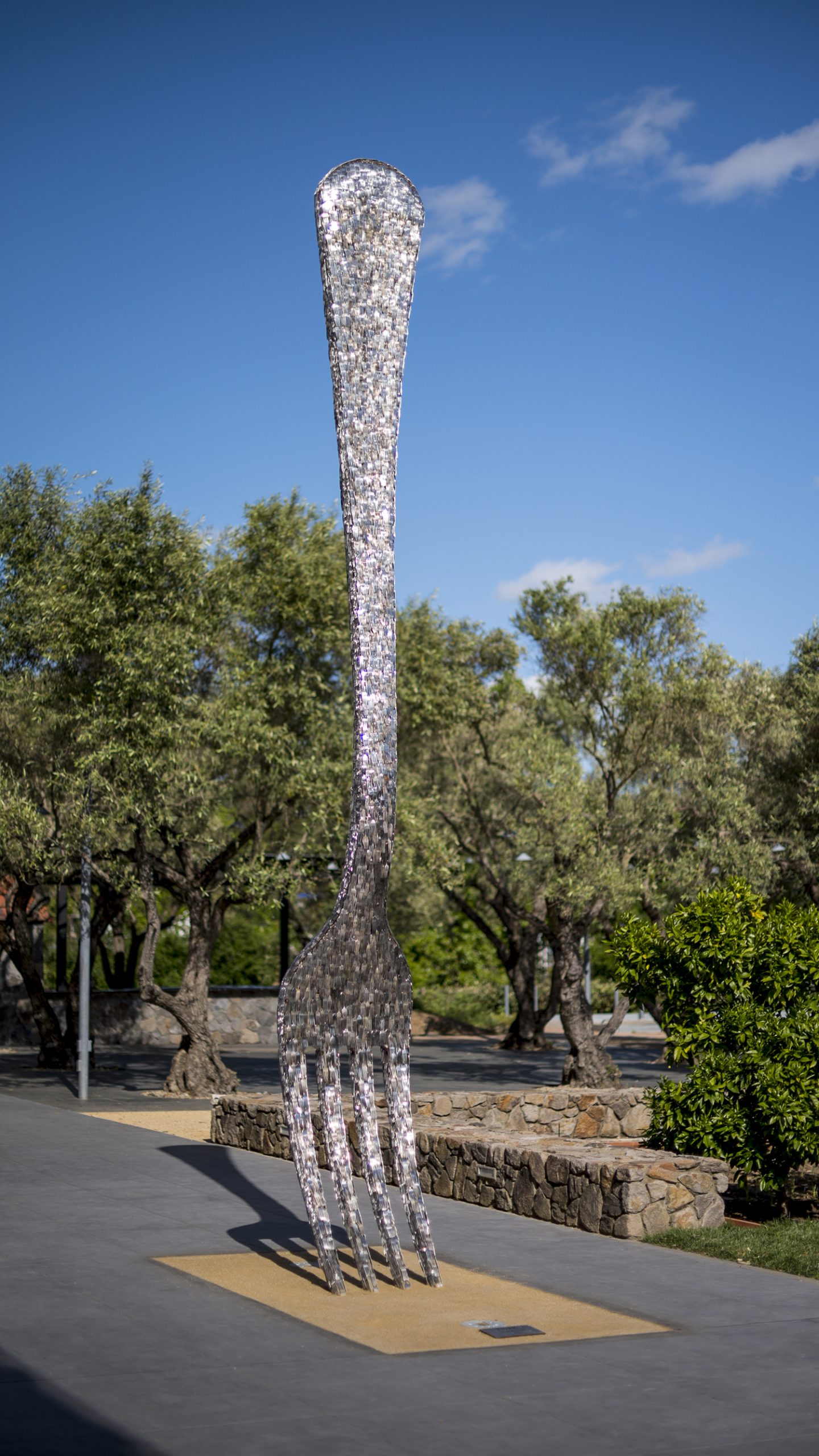 Client: The Culinary Institute of America

Huether’s artwork for the CIA (The Culinary Institute of America) at Copia pays tribute to the Napa Valley as a world-class destination for art, food and wine, but most importantly, to Margrit and Robert Mondavi’s legacy.

Artist Gordon Huether was commissioned to create artwork for the Culinary Institute’s new facility at the former Copia - an educational non-profit institution with a focus on wine, food and the arts, operational from 2001-2008 - in Napa, CA in an effort to establish awareness of the new facility’s mission. These two significant installations decidedly define the new CIA facility and are destined to become characteristic attributes and iconic reference points for locals and visitors alike. They are not only artistic additions to the new grounds, but also function as way-finding elements. Gordon created ‘Fork’, this larger than life utensil, as a metaphor and to underline the significance of the culinary arts and well-established food culture in the Napa Valley. His contemporary approach for the artwork for the CIA represents the Valley’s forward thinking attitude. Both installations welcome locals and visitors alike, inspiring and sparking curiosity for this reputable culinary education institution, as well as this region and its culture.

Originally founded and funded by the Mondavis, the former Copia facility is now owned by the CIA and houses the new CIA’s classrooms, a restaurant, and much more. The Mondavis tirelessly advocated to not only help put Napa Valley on the map as THE wine destination in the USA, but also one for an intriguing offering of arts and culture. Gordon Huether feels honored to have received Margrit’s blessing for his two contemporary installations at the new CIA facility before her recent passing on September 2nd, 2016. Margrit Mondavi and Gordon Huether shared an international background as well as a sound focus on cultural education and the consciousness of art. Margrit, "Grande Dame" of Napa Valley, and the artist met some twenty years ago and celebrated a kinship unlike many others. Both art installations are a tribute to the achievements of the Mondavis, but also to all of those individuals who strive to contribute to the continued growth and forward movement of this unrivaled destination for food, wine and the arts Huether worked closely with all project stakeholders, including the executive team of the Culinary Institute of America, to make this project come to life.

To build the gigantic ‘Fork’ Gordon Huether and his team used over 8,500 recycled forks, which also emphasizes the region’s focus on sustainability, the farm-to-table movement, locally farmed produce and responsibility for future generations. ‘Fork’ also functions as a way-finding element, a ‘fork in the road,’ leading visitors to the entrance of The Restaurant at CIA Copia.